See GABRIEL OVER THE WHITE HOUSE

Set your DVR to record this 1933 political fantasy.  Watch it and think about our current political climate here in the U.S.A.  The movie is called GABRIEL OVER THE WHITE HOUSE and it's a fantasy focused on the President.  Something unusual happens in his life.  But, the surreal situation is not comical like in THE PHANTOM PRESIDENT (1932) starring George M. Cohan or DAVE (1993) starring Kevin Kline.  In THE PHANTOM PRESIDENT and DAVE, there was a performer who was an unrelated identical twin to the President of the United States and is recruited to pretend to be the president when the real one is unavailable.  George M. Cohan and Kevin Kline played dual roles in their comedies.  In GABRIEL OVER THE WHITE HOUSE, Walter Huston plays a reckless president who has a change of spirit.  GABRIEL OVER THE WHITE HOUSE airs on TCM at 7:45am ET on Thursday, April 6th. 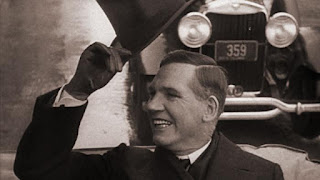 Walter Huston.  He was totally cool.  He could fill the frame with class, sophistication and graceful masculinity as the retired, beloved Midwest executive who discovers the realities of his long marriage and finds a new life in DODSWORTH.  He could sell a tune as the elegant song-and-dance man whose son is George M. Cohan in YANKEE DOODLE DANDY.  He could be equally effective as the grizzled, wise old prospector missing some teeth in THE TREASURE OF THE SIERRA MADRE.  Controversial politics aside, he delivers another fine performance as the president in GABRIEL OVER THE WHITE HOUSE.

The film opens and we meet President Judson "Judd" Hammond.  He is a reckless man surrounded by cronies.  It's a corrupt bunch of men.  We see Hammond's recklessness when he gets behind the wheel of a motorcade car himself and, showing off, steps on the gas and exceeds the speed limit on a highway. 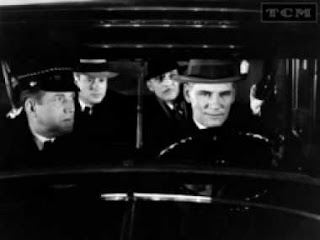 There's a serious accident.  President Hammond lies in a coma.  It's expected that he'll die, but he does not.  Instead, there's sort of a divine intervention.  The spirit of the reckless politician is replaced by a new spirit.  Is it the Angel Gabriel?  Could it be the spirit of Abraham Lincoln?  He seems to be reborn as a man who cares about the welfare of his country.  He decreases unemployment.  He loosens the cold grip that the Great Depression has on the country.  He executes murderous gangsters. 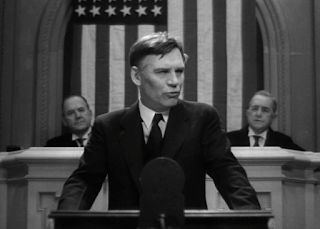 He cuts away from the cronies.  He irritates Congress.  Congress impeaches him.  He declares martial law.  If this movie was made today with that screenplay and set in that time period, it would get major entertainment news buzz.  There would be controversy.  It would be discussed by the ladies of THE VIEW on ABC.  GABRIEL OVER THE WHITE HOUSE was released in 1933.  President Franklin D. Roosevelt served from 1933 until his death in 1945.

Judd Hammond was a hack politician when he took office but he went on to become a great president in this bizarre fantasy.  It's bizarre but it had solid performances from Walter Huston, Franchot Tone and Karen Morley as the woman in love with the president.  GABRIEL OVER THE WHITE HOUSE was directed by Gregory La Cava.  He directed the original MY MAN GODFREY and two of Ginger Rogers' best films -- STAGE DOOR and PRIMROSE PATH.

Again...watch or record GABRIEL OVER THE WHITE HOUSE.  It airs Thursday morning, April 6th, at 7:45 ET on Turner Classic Movies (TCM).  If you miss the movie, it is available on Warner Archive DVD. 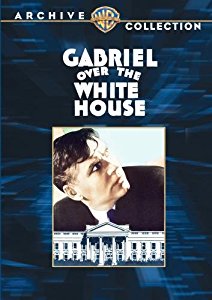 I also recommend that you see Walter Huston as DODWORTH.... 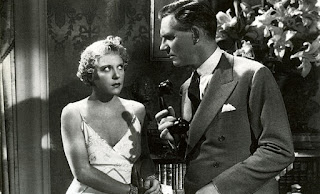 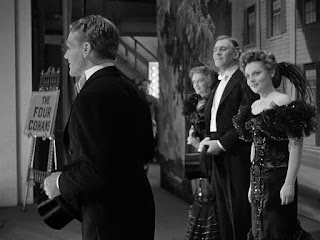 ...and in his Best Supporting Actor Oscar-winning performance as the prospector in THE TREASURE OF THE SIERRA MADRE. 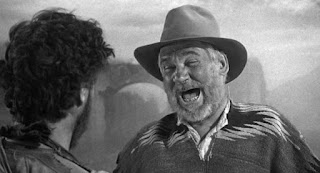