I am in awe of his talent.  The Broadway musical version of KINKY BOOTS, a hit British film comedy, brought Billy Porter a Tony Award for his lead performance.  As well it should have.  The actor/singer/playwright will receive a special honor on May 6th at the annual GLAAD Media Awards ceremony in New York City.  It's another award he deserves -- because he adds much light to the world around him.  Let me tell you a story about Billy. 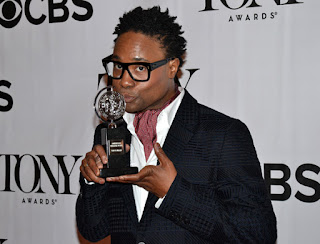 Whoopi Goldberg hired me to be a cast member on her weekday morning radio show.  It was a live national show broadcast from New York City.  We started in 2006 and, unfortunately, the show was cancelled in 2008.  A couple of months after the cancellation, the Screen Actors Guild held a career networking event in Manhattan.  My buddy, Broadway theater scene podcaster/comedian Keith Price, and I went to network.  I was in need of a new job.  I was in need of an agent to help me get a new job.  We ran into Billy Porter at this event, gracious and wonderful Billy. He is a walking buffet table of talent.  My initial reaction was "Why would Billy Porter need to be here networking?"  But, I know how the business is.  He needed work too.  Come 2012, a musical version of KINKY BOOTS started out-of-town tryouts.  It became a great big Broadway hit starring Billy as "Lola," the smart-as-a-whip drag queen performer who helps revitalize business and spirits in a needy factory town. 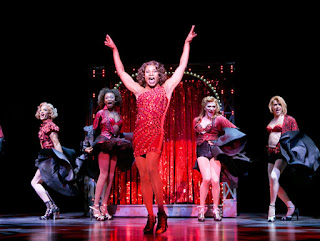 You may not know this, but Billy Porter also made movie history.  He's one of the very few actors -- maybe the only actor -- who ever stole a movie scene from Al Pacino.  The movie is an indie film called THE HUMBLING.  Al Pacino is the lead character.  THE HUMBLING also stars Dianne Wiest, Kyra Sedgwick, Greta Gerwig and Charles Grodin.  Billy's in the supporting cast.  I saw this film at a critics screening.  It didn't open probably because it was similar to another film that year -- one that would win the Oscar for Best Picture of 2014.  That film was BIRDMAN starring Michael Keaton.  Pacino, like Keaton did, played a very middle-aged stage actor who seems to be having a breakdown.  Some of his delusional but fascinating to see behavior occurs onstage in a Broadway show.  His audience and his fellow actors don't know what to expect next.  And he's involved with a young lesbian.  Barry Levinson directed this uneven comedy.  Here's a trailer.
Honestly, BIRDMAN is much better.  But, watching Billy Porter as a character having to deal with this bat-shit crazy stage actor is a scene that gives you life.  I laughed.  He stole a scene from Al Pacino with some skillful Thelma Ritter-like underplaying.  Bravo, Billy.

While I've got your attention, let me plug an earlier movie in which Billy had more screen time.  It's a refreshing indie comedy from 2000 about a group of gay male friends in West Hollywood.  It's called THE BROKEN HEARTS CLUB.  It's refreshing because the film is so race/age inclusive.  It also shows that gay men can play an outdoor sport.

Billy's the guy who really needs to hear something like Judy Garland singing "The Man That Got Away" from her A STAR IS BORN soundtrack when he's just experienced some major romantic humiliation.  The cast includes actors who went on to solid TV work -- like Dean Cain (once a TV Superman), Tim Olyphant, Zach Braff and John Mahoney from the sitcom FRASIER.  Mahoney played Frasier's dad.  THE BROKEN HEARTS CLUB should have been spun into a TV series.


Billy has a new album out and it's called Billy Porter Presents:  The Soul of Richard Rodgers.  Some of the classic songs written by Rodgers that Billy performs are "My Romance," "With a Song In My Heart," "Bewitched, Bothered and Bewildered," "The Lady Is a Tramp" and "I'm Gonna Wash That Man Right Outta My Hair."  Billy has special guests joining him in song. 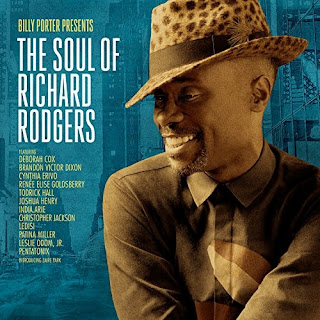 You can find Billy's album on Amazon.