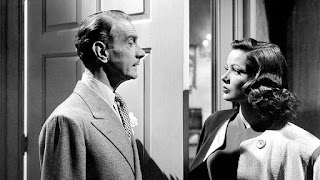 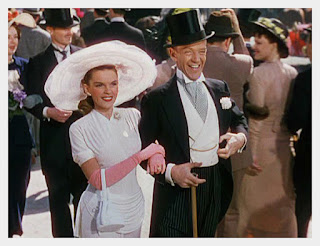 This is one of the best big Technicolor musicals from MGM, the Tiffany of top Hollywood studios when it came to musicals. 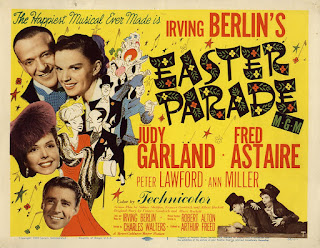 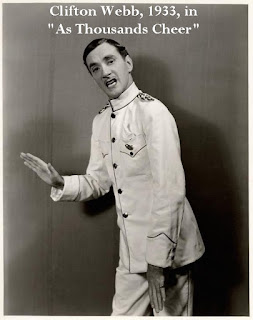 Clifton Webb sang it first -- and he recorded it.  Have a listen.

In that 1933 Broadway show, called AS THOUSANDS CHEER, there was an African-American performer who broke ground because she got equal billing with the white stars.  Ethel Waters was in that musical comedy revue and introduced the song "Heat Wave."  That song would be a Fred Astaire dance number in the 1946 Paramount musical BLUE SKIES and Marilyn Monroe would sing it in another Irving Berlin catalogue musical from Fox, 1954's THERE'S NO BUSINESS LIKE SHOW BUSINESS. 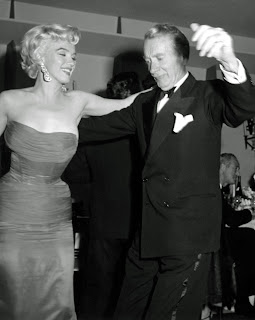 Talk about having a "Heat Wave"!  I wish you a very Happy Easter.