He's come a long way since AMERICAN GIGOLO.  His new movie is called NORMAN.  This week on NPR, a film critic used the word "magnificent" to describe the performance Richard Gere gives in his new movie.  In THE WRAP, the reviewer wrote "Richard Gere gives a tour-de-force performance" and added "...NORMAN is above all a showcase for Gere's substantial talents."  A.O. Scott of THE NEW YORK TIMES wrote that Gere "...has never been better."  Kenneth Turan of THE LOS ANGELES TIMES called his performance "exceptional" and his role "impeccably played."  I've been a Richard Gere fan for a long time and I am thrilled to read that high praise for his new performance.  Reviews like that could lead to an Oscar nomination.  Richard Gere is one of those veteran actors who has done good work for years and years, but has never been an Oscar nominee.  He's in a group with other screen veterans such as Donald Sutherland, Mia Farrow, Dennis Quaid and Malcolm McDowell.  Maybe this will be the year for Gere to make a major impression on the Academy. 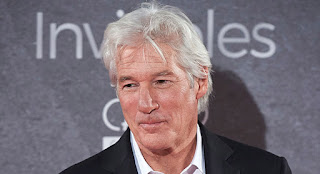 The full title of his new film is NORMAN:  THE MODERATE RISE AND TRAGIC FALL OF A NEW YORK FIXER.  It's an R-rated indie film. 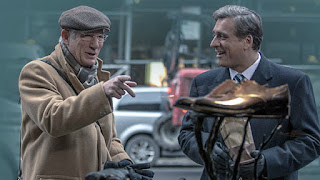 Take a look at this trailer for the film that has Gere as a Manhattan schemer.
I first noticed Richard Gere when he played the street hustler wearing a jock strap as he does push-ups in LOOKING FOR MR. GOODBAR.  Diane Keaton was excellent as the cynical single woman in the city who takes him home for a one-night stand.  After that role he really hit big in 1980's AMERICAN GIGOLO.  It was sort of his PRETTY WOMAN, only it was a drama.  He was the handsome, upscale rent-boy who serviced lonely ladies in expensive neighborhoods.  Young male moviegoers wanted to dress like Richard Gere in AMERICAN GIGOLO.  Even the equipment his character used to exercise while upside down became trendy for a short time.  Gere was Hollywood's hottest new guy on the cinema block. 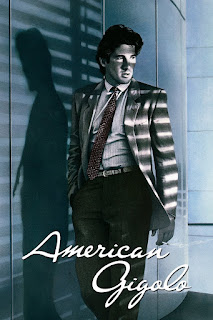 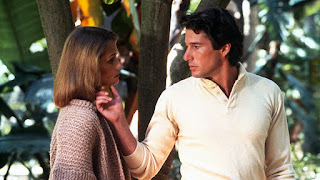 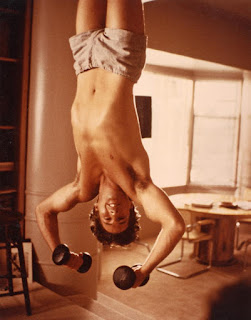 1982's AN OFFICER AND GENTLEMAN was a big hit for him.  1990's PRETTY WOMAN is now considered to be a classic, by some.  Julia Roberts played the happy hooker who finds true love.  The seediness of her profession was removed so this could basically be a Cinderella-like comedy.  This is when I really started to like Gere.  I watched his early dramas and felt he was a good actor, but there was something cold about him.  It may sound odd, but I think the silver in his hair as he matured warmed him up.  That and his personal spiritual growth.  He proved to have a nice touch with comedy and, you have to admit, he had wonderful chemistry with Julia Roberts. 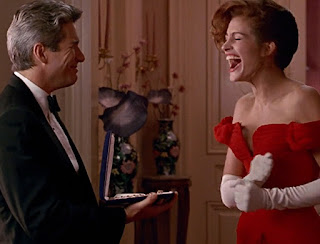 I thought for sure that he'd get a Best Supporting Actor Oscar nomination for 2002's CHICAGO.  He was terrific in that musical comedy as the shady lawyer, Billy Flynn.  He sang and danced!  But no nomination. 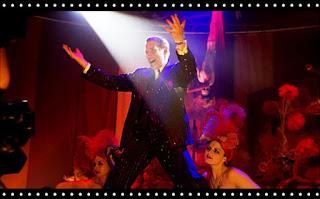 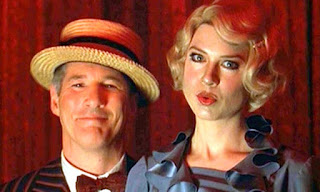 Gere has his share of hits, clunkers and his share of good movies that died at the box office.  He did a couple of films after CHICAGO that I felt deserved more attention than they got.  You might want to check them out, if you're a Gere fan.  Both are based on true stories.  He played Clifford Irving, a man who pulled a huge scam on the New York City publishing world.  His name was in the headlines as the man who claimed he helped the extremely reclusive, extremely famous multi-millionaire Howard Hughes write his autobiography.  Every top book publishing shop in town wanted the rights to that book.  Only...Irving's story wasn't true.  I really dig Gere's energetic work in this film. 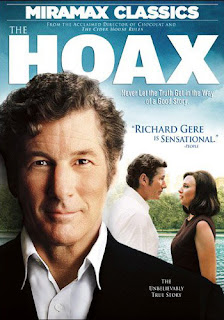 Click onto this link to see a trailer for the 2006 Richard Gere movie called THE HOAX:  https://youtu.be/ULOppLFx7pY.

In 2007, Gere was seen in another movie that flatlined at the box office but I liked it a lot.  Like THE HOAX, it boasted a fine performance by Gere.  This journalism thriller is based on a true story and a real-life war.  Richard Gere, Terrence Howard and Jesse Eisenberg starred in THE HUNTING PARTY.  Now that we're so deep into the world of the 24-hour news cycle on cable TV and our president is a former reality TV show host who had no prior political experience, maybe this film would be more appreciated now than it was in 2007. 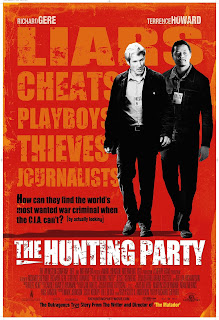 Gere plays the American TV journalist in war-torn Bosnia who gets into a big argument with the network anchor.  On the air.  Because of losing his temper with the newsroom star, the field reporter's career takes a hit.  He schemes to get a big enough story that will help him make a comeback as a credible journalist.  He gets the idea to hunt war criminals.  Dangerous war criminals. 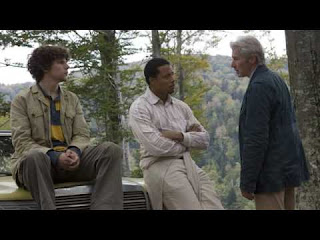 Click onto this link and watch the trailer for THE HUNTING PARTY starring Richard Gere, Terrence Howard and Jesse Eisenberg:  https://youtu.be/3OYtXuAhu2E.

Check them out if you have a chance.

NORMAN is on my "Movies To See" list.  Good for Gere on getting those great reviews.