AN OFFICER AND A GENTLEMAN put him in the Hollywood history books. 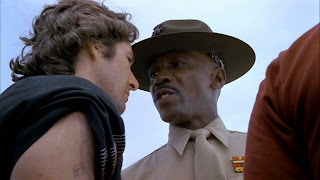 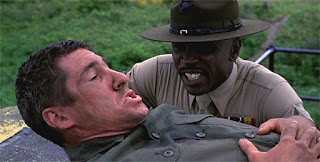 The Academy Awards nominations for the Best of 1982 made the acting categories exciting.  And no  reporters asked "Who are you wearing?" back then.  There were new faces and there were veteran faces in the competition.  Big screen newcomers Meryl Streep and Jessica Lange won Oscars -- Streep was Best Actress for Sophie's Choice and Jessica Lange was Best Supporting Actress for Tootsie.  In the Best Actor category, screen veteran Paul Newman was a nominee for his remarkable work in The Verdict.  Yes, we film fans knew Newman as The Hustler, Hud and Cool Hand Luke, but he really hit a new height in that legal drama.  He played an alcoholic lawyer who finds redemption and self-respect while taking on a difficult David versus Goliath legal battle.  He's on the David side.  Newman was outstanding in this film directed by Sidney Lumet. 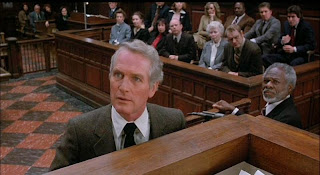 Matching him in that quality was James Mason, nominated for Best Supporting Actor.  He played the crafty, high-powered lawyer on the Goliath side of the complicated medical malpractice case.  Like Newman, Mason was at his peak in this movie. 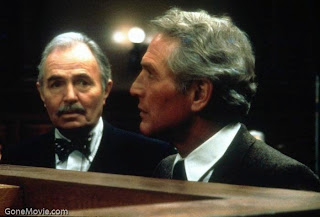 If you're a classic film fan, the type that watches Turner Classic Movies, you know that James Mason got Hollywood attention with his performance in the British classic, Odd Man Out.  After that 1947 production, he went on to give memorable performances in the 1954 remake of A Star Is Born with Judy Garland, Hitchcock's North by Northwest, Disney's 20,000 Leagues Under the Sea, Kubrick's Lolita and 1966's popular British import, Georgy Girl.  And many others.  But American fans probably didn't know that he'd been the leading man in British films since the 1930s -- films such as 1939's I Met a Murderer, 1942's Hatter's Castle (co-starring Deborah Kerr) and the Oscar-winning 1945 British psychological drama, The Seventh Veil.

Mason, who'd never won an Oscar nor ever received a well-deserved Honorary Oscar, was a favorite to win.  The award went to Gossett for An Officer and A Gentleman. 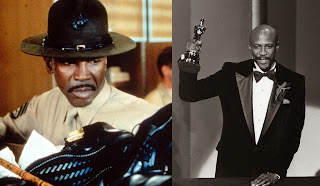 His excellent work as the tough-as-nails Marine sergeant drill instructor made Gossett the first African-American actor to win an Oscar for Best Supporting Actor.  In the Best Actor category, veteran Paul Newman lost to newcomer Ben Kingsley for Gandhi.  Gossett felt a bit of a chill from longtime buddy Paul Newman after he won his Oscar.  He thinks it might have been because he won over Newman's The Verdict co-star, James Mason.  Gossett told me this when I was in his Malibu home a couple of summers ago to tape an interview for a TV pilot.  We talked about his script offers after he won his Oscar.  We talked about his work in the original Broadway cast of the landmark play A Raisin in the Sun and in the film version with fellow members of the original cast.  He talked about having to withdraw from the hit 1971 made-for-ABC TV movie Brian's Song due to a foot injury sustained while preparing to play football star Gale Sayers.  The role went to Billy Dee Williams.  We talked about his work in Roots.

And we talked about Marilyn Monroe.

Lou Gossett studied at The Actors' Studio in New York City.  So did Paul Newman. 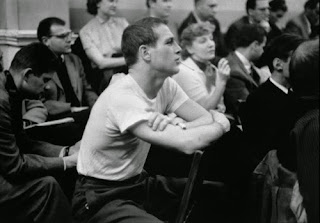 So did the lady he knew as Norma Jeane, known worldwide as Marilyn Monroe. 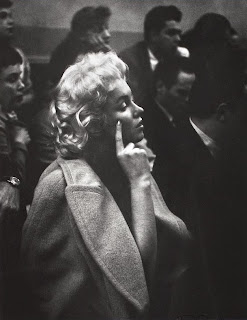 She was the reigning sex symbol and movie queen of the day. 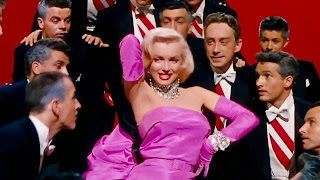 She was a gifted musical comedy film actress, although under-appreciated in her day, and she was serious about studying to improve her skills and branch out into drama.  At the time, she was married to acclaimed playwright, Arthur Miller. 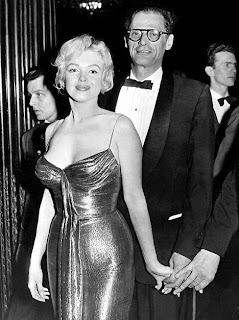 Marilyn attended the New York City premiere for the film version of Tennessee Williams' The Rose Tattoo.  It was a benefit for The Actors' Studio.  Fellow student Marlon Brando pitched in to help. 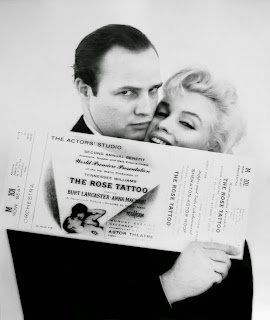 In class, Marilyn wanted to do a scene from The Rose Tattoo.  And she wanted to do it with Lou.   Marilyn was already quite a dish and a glamorous Hollywood superstar. 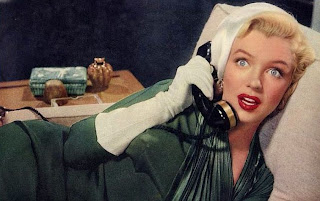 On top of that, she carried the fragrance of a certain bath soap that had Lou Gossett's hormones spinning like they were in those giant teacups at Disneyland.  He told me about being in his apartment and getting a phone call from Marilyn Monroe:

I asked Mr. Gossett how the Monroe performances in their Actors' Studio classes differed from the famous Monroe work on the big screen in comedies such as How To Marry a Millionaire, Gentlemen Prefer Blondes, The Seven Year Itch and Some Like It Hot.
Oscar and Emmy winner Louis Gossett, Jr. was born on May 27th.  This year, he's been seen in the historical TV mini-series, The Book of Negroes, on BET.  Happy Birthday, Mr. Gossett.