If you have kids -- especially girls -- 14 years of age or younger, this new Disney feature will be fun weekend family entertainment with them.  The special effects are dazzling and there's plenty of action.  At its heart, TOMORROWLAND shows kids that they have the chance to change the present and improve the future if they use their imagination in a positive way.  That's a great message.  However, Disney missed a great chance to embrace diversity in the lead role female casting.  The leading man is George Clooney.  The movie opens with Clooney in a close-up alone on screen talking to the audience.  There is absolutely nothing wrong with having to look at the face of George Clooney. 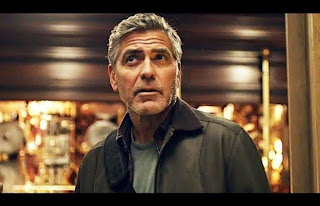 As his character talks about the mess today's world is in with wars, poverty, global warming and such, he's interrupted by an off-screen young female voice.  She wants to present a brighter view of things.  They bicker in a friendly way.  He's a lovable grouch.  We then go back in time to 1964 and see Frank (Clooney's character) as a little boy arriving at the World's Fair.  Something extraordinary and unexplainable happens.  He has a jetpack he invented.  Frank's a boy-genius and this jetpack flies him through the air.  He and it are noticed by a little girl.  I was wondering what parents would let their youngster go to a World's Fair alone on a bus whether he's a boy-genius or not.  Frank notices the little girl.  She smiles at him.  He follows her on one of the Disneyland-like boat rides.  The boat sails him into an alternate universe.  Say "hello" to Tomorrowland.  He's got his jetpack.  He's got colossal robots trying to confiscate it.  And, yes, I'm still wondering if Frank's parents realize that their kid has not come home for dinner. 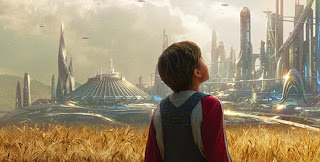 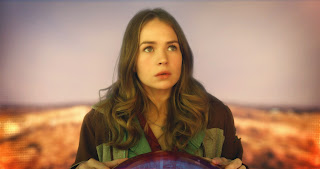 Then we jump to the modern-day story of Casey.  She was the off-screen female voice who interrupted grumpy grown-up Frank in the opening scene.  She lives with her dad, an out of work NASA genius and, we guess, a widower.  She's a smart girl who wants to change things for the better -- even if that means getting in trouble with social protest type of activity.  The transition from young Frank's story to her story is clunky.  But she will find a magic pin that will transport her instantly to Tomorrowland.  When these experiences happen, she can be in two places at the same time.  For instance, she's in the car with her hot papa (played by country music star Tim McGraw) but, when she touches the pin, she's magically whizzing through a futuristic wheat field while her dad sees her still seated next to him in the car.  Casey will have thrilling, dangerous adventures as she goes back and forth from ordinary life to Tomorrowland.  She wears her dad's red NASA cap during these adventures.  The main thing is the pin.  When she gets that, she gets chased by killer robots in human form.  She also gets saved by the little girl who smiled at young Frank and prompted him to take a strange boat ride at the World's Fair.  She hasn't aged since 1964.  That's because Athena (played by Raffey Cassidy) is a robot in little girl form.  Athena was young Frank's big love in the 1960s.

Casey needs to find Frank.  Athena needs to help.  And Frank is now middle-aged and cynical because he was kicked out of Tomorrowland in his youth.  Athena still holds a special place in his frustrated heart.  This is why the film needs fabulous special effects and lots of action --- because the story is awkwardly written and directed.  The studio obviously had make sure the film didn't come off like a Disney version of Lolita when modern day Frank sees little Athena.  And this story is much too complicated a way to tell youngsters that global warming is bad.  George Clooney keeps it grounded.  He brings a certain world weariness to older Frank without making him sour.  After all, this is a Disney feature.  He's funny and fun to watch.  The chase scenes are exciting and he knows how to make older Frank's scenes with Athena tender without seeming creepy.  You can also tell that he believes in the ultimate message of the feature.  Here's a trailer.
Now let's talk diversity.  The non-aging Athena sounds like a little Mary Poppins.  She has a British accent.  She can be stern and direct.  Casey is another spunky young blonde who comes to us from under the Disney corporate umbrella.  Look at Elsa from Frozen, the star of Disney's recent live action remake of Cinderella, the lead female character on ABC/Disney's Once Upon a Time  series (a fantasy series that repurposes characters from Disney classics)...even look at Kelly Ripa, the co-host of Disney daytime TV hit, Live with Kelly and Michael.  Disney is the parent company of ABC.  Count the number of blondes as anchors and contributors on Good Morning America.  Britt Robertson does a fine job as Casey in Tomorrowland. 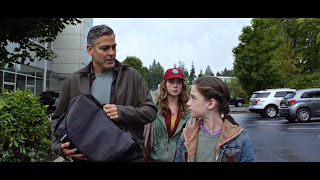 One Tomorrowland  highlight is the very funny Keegan Michael-Key as Hugo. 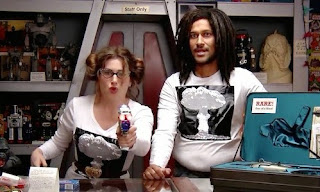 He's half of the award-winning Key & Peele team on Comedy Central.  Keegan has got the gift.  He doesn't even need dialogue to break you up laughing.  He's only in this movie for about ten minutes but he's a talent that Disney should tap for lead roles.  If the company continues to repurpose/remake its classics like The Absent-Minded Professor and Son of Flubber, he's the guy for the lead roles.  He's perfect for Disney features.

For a Disney feature, Tomorrowland has some un-Disneylike violent images.  What appears to be a child getting run over by a pickup truck on a highway...kids being shot at...dismembered body parts....we get that in Tomorrowland. 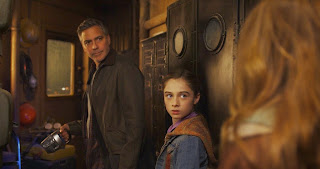 There's a touch of The Terminator about this screenplay and a little bit of Big tossed into a bowl of Kim Possible episodes from the Disney Channel.  Disney's Tomorrowland   was directed by Brad Bird.  He gave us the animated features The Incredibles, Ratatouille and Iron Giant.  Those stories flowed better than this one.  But, as I wrote, children 14 and under will dig it.  Tomorrowland runs 2 hours and 10 minutes.  That's a good half-hour longer than it needs to be.  The movie ends with a most optimistic montage that looks more like an upscale credit card commercial.

If anything, it's a commercial to inspire kids use their skills and talents to join Team Disney where anything's possible.  But, if the company's consistent casting in big screen releases implies that young blondes get the spotlight and special treatment, can young girls of color really feel that anything's possible for them?  They need to see a reflection of themselves in the spotlight as the special female. 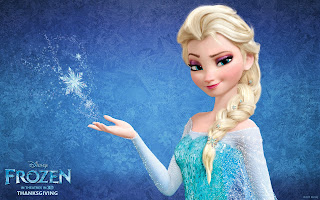 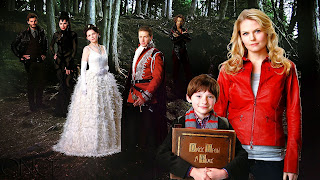 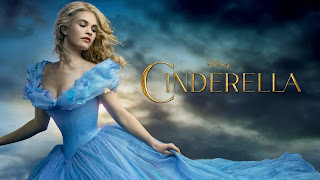 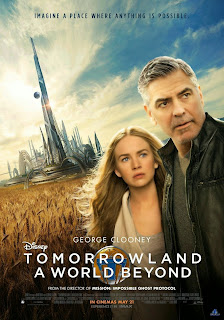 Just a thought from a longtime Disney fan.  Tomorrowland opens May 22nd.