Reading TO KILL A MOCKINGBIRD

Like many of you, I can probably recite from memory exact lines of dialogue from the 1962 movie classic, TO KILL A MOCKINGBIRD.  I love that film.  I cherish that film.  I wish one of the three senior networks -- ABC, CBS or NBC -- would air the film annually in prime time the way it does It's a Wonderful Life and The Ten Commandments.  I truly feel that seeing Gregory Peck in his Oscar-winning performance as attorney Atticus Finch could be significant family viewing once a year nowadays.  We need films like this. 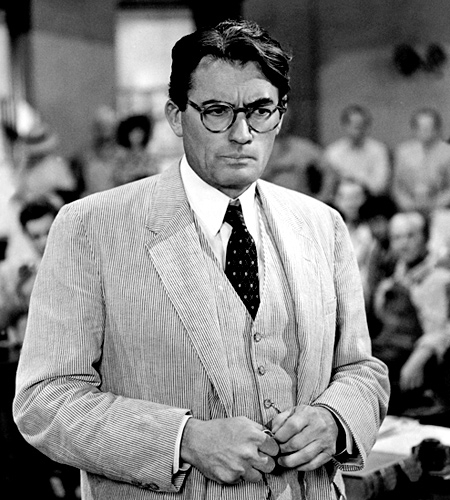 I had not read the Harper Lee novel in quite a long, long time.  This year, I've been reading again.  Wow.  It still packs one helluva punch.  Reportedly, Harper Lee based her novel on the injustice in the Emmett Till murder case.  Young Till was like the mockingbirds that Atticus speaks of in the film.  And in the book.  A chubby, funny and likable Chicago youth of 14, he was visiting relatives in Mississippi.  Emmett Till was accused of whistling at a white woman.  Two men kidnapped him, beat him beyond recognition, shot him, tied him up with barbed wire and dumped his body in a river.  There was a murder trial.  Till's 1955 lynching got national news attention.  Despite major evidence of their guilt, the two men were acquitted by the all white, all male jury.  In the early Civil Rights days, this murder case intensified the Civil Rights movement.  It's been written that Rosa Parks said she thought of Emmett Till when she refused to move to the back of the bus.

Harper Lee's novel was published in 1960.  On screen, we see Gregory Peck as Atticus Finch and Brock Peters as Tom Robinson, the black man unjustly accused of hitting and raping a young white woman raised by a racist, abusive father. 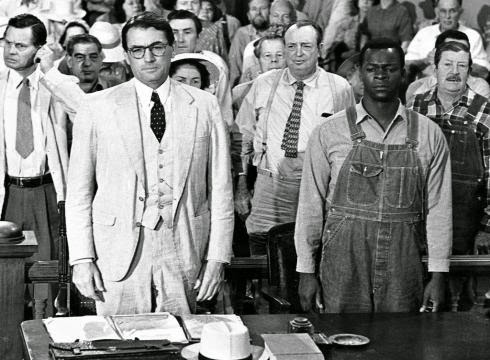 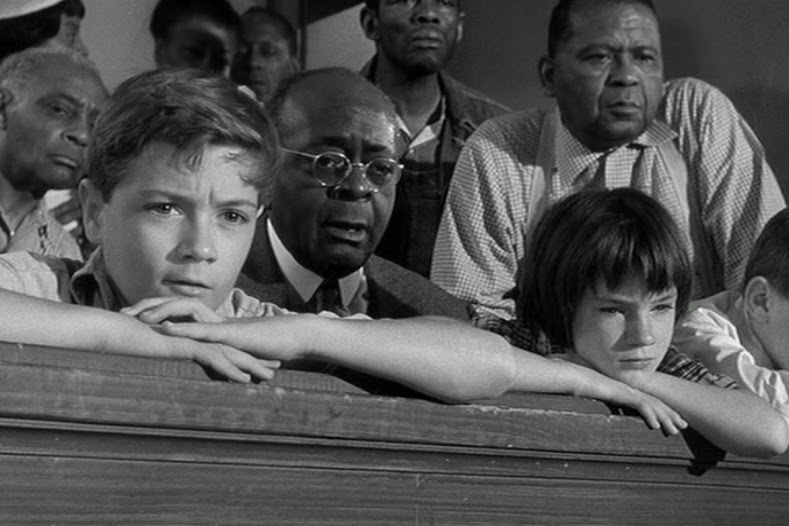 People in that small Southern town feel that Atticus is committing a crime by defending a black person and treating a black person as an equal.  He's called "nigger lover."  Atticus' children sit upstairs in the courthouse's segregated sections for black people and watch their father do a difficult and important task.  Think of it.  Segregation in a courtroom. 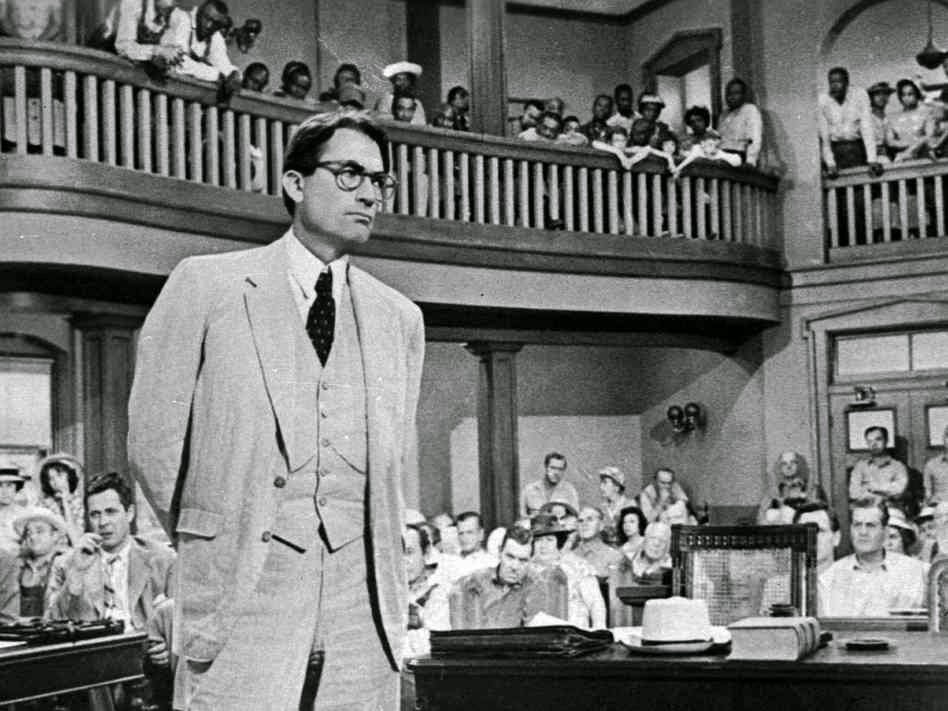 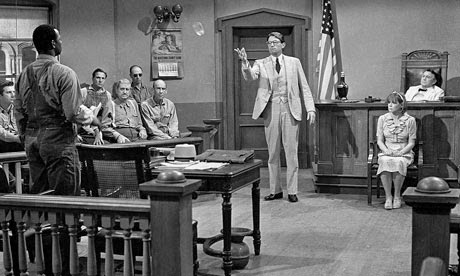 If you've seen the movie with its excellent and faithful screenplay adaptation by Horton Foote, you've seen the talented Brock Peters as Tom.  Tom Robinson has a disability -- besides that of being a poor black man in the Deep South.  This is from the novel's Chapter 18:  "His left arm was fully twelve inches shorter than his right, and hung dead at his side.  It ended in a small shriveled hand, and from as far away as the balcony, I could see that it was no use to him."

Scout is the narrator.  Reverend Sykes tells Jem and Scout that Tom Robinson got his arm caught in a cotton gin when he was a boy.  He almost bled to death.  We, the readers, know from this that Tom Robinson was child labor.  Child slave labor. 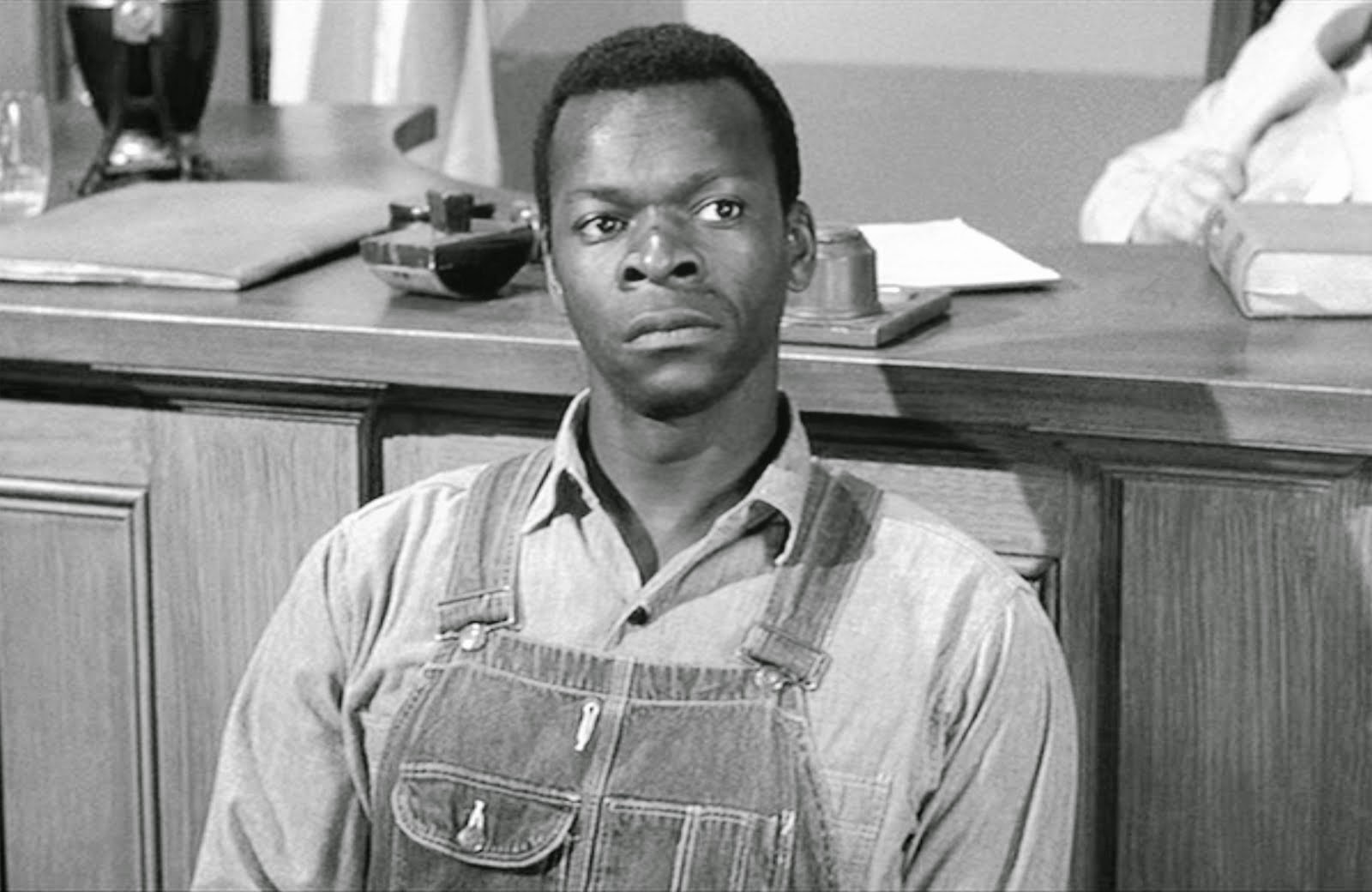 It's the end of Chapter 24 that made me gasp.  It made me gasp in this current age of the shooting death of young Michael Brown in Ferguson, Missouri and the death of Eric Garner, the man in New York whose last words were "I can't breathe."  In today's national news, there's the Baltimore story of protests over the death of Freddie Gray, an unarmed black man who died in police custody.  The 25 year old Gray died of a severe spinal cord injury.  Tom Robinson, in custody for a crime he did not commit, tried to run for freedom and climb over a fence.  If he'd had two good arms, he may have made it over the fence.  The paragraph following Atticus' sad news announcement that "They shot him" makes you feel Harper Lee's novel could've been published early this year instead of 1960.  It spiritually marches with today's national protests declaring "Black Lives Matter."  Read Atticus' account of how physically disabled and innocent Tom Robinson died.

To Kill A Mockingbird, a story that takes place in 1935 in a small Southern town, is still relevant.  If you've never read the book, give it a chance this spring or summer.  There is humor and sentiment and tenderness in the novel.  There is also racial frankness, the stink and bile of bigotry and a plea for tolerance.  There are subsets, if you will, of racism.  Mr. Dolphus Raymond is a character in the novel who didn't make it into the screenplay.  He's a loner in the town who has bi-racial children.  Even if you look white, you're still discriminated against.  Because if you have one  drop of Negro blood in you, you were considered Negro.  There's also black-on-black anger.  In Chapter 12,  Calpurnia, the maid in the Finch household, causes friction when she brings Jem and Scout to her church.  Some black  folks feel that white children are not welcomed in their house of worship.  There's also religious bigotry.  It's mentioned that the Ku Klux Klan has gone after Catholics.  Keep in mind, this book was published in 1960.  In 1961, John F. Kennedy would be elected as America's first Catholic President of the United States.  Harper Lee's novel is challenging stuff.  It has grit.  In these modern times when issues of race and fairness and equality still need to be discussed, this story holds up.  That goes for the novel as well as the film. 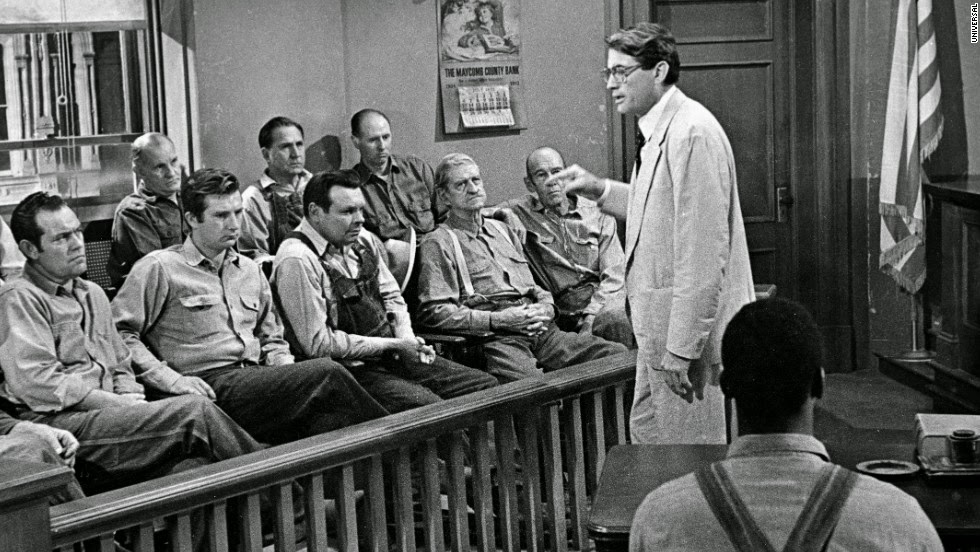 This summer, we'll see the publication of a second novel by Harper Lee -- one, we've been told, that she wrote in the mid-1950s before her international best seller.  Go Set a Watchman by Harper Lee hits bookstores on July 14th.  Actress Reese Witherspoon will read the audiobook.

"...The older you grow the more of it you'll see.  The one place where a man ought to get a square deal is the courtroom, be he any color of the rainbow, but people have a way of carrying their resentments right into a jury box..."  ~Atticus Finch to his children in Harper Lee's novel, To Kill A Mockingbird.