I grew up watching the Oscars® telecast every April.  Hollywood's special night used to be held somewhere around Easter or tax time.  On the night of April 13th in 1964, Hollywood's big night was extra special.  One of the Best Actor contenders was Sidney Poitier, nominated for the low budget box office hit indie comedy, 1963's LILIES OF THE FIELD, screenplay by James Poe and directed by Ralph Nelson.  Poitier played Homer Smith, a cool dude --  a loner handyman -- who's on the road and seeking work. 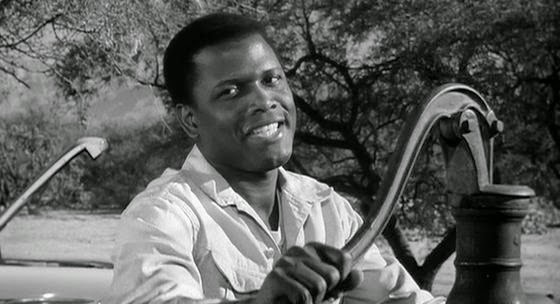 He stops at a farm in the Arizona desert to get some water for his car and winds up helping five European nuns who speak very little English.   The formidable Mother Superior talks him into teaching them English and building them a chapel.  For free. 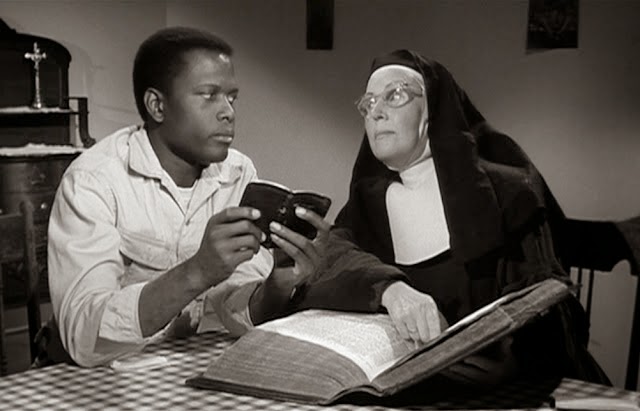 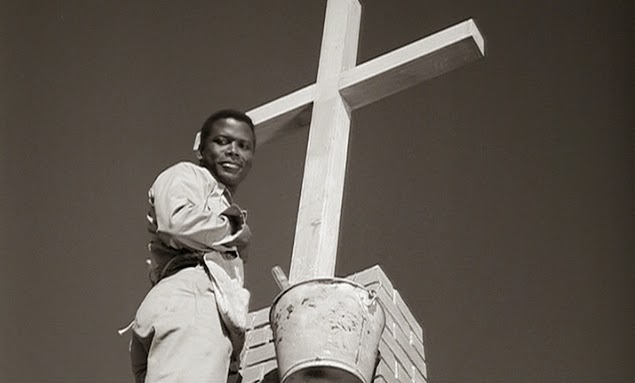 When I was a kid, this heartwarming movie was a "must-see" for us Catholics.  In the movie, Homer teaches the nuns a song called "Amen."  The song became so popular that it was sung years later in Catholic Sunday masses that I attended when I was in middle school.  (We called it "junior high" then.) Sidney Poitier made history as the first black man to win a competitive Oscar, the first to win the Best Actor Academy Award.  I'm still shocked that my parents' shouts of glee did not blow out the windows of our South Central L.A. home.  Sidney's victory made us all feel so significant. Especially then.  This was during the Civil Rights era.  His victory would make many of us dream bigger. 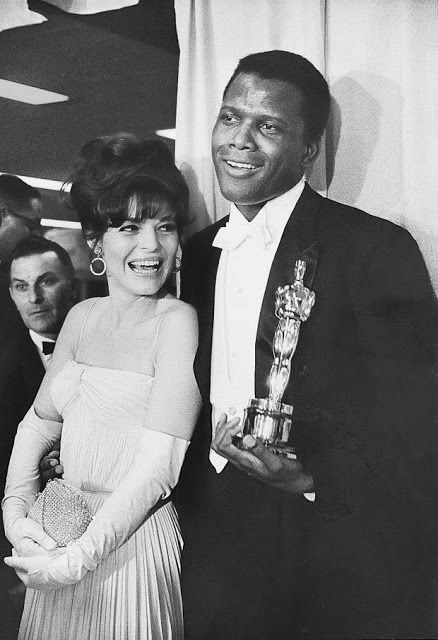 Personally, I feel that Mr. Poitier went on to do even better work that, surprisingly, did not get nominated.  For instance, his role as the detective in the Oscar winner for Best Picture of 1967, IN THE HEAT OF THE NIGHT directed by Norman Jewison. 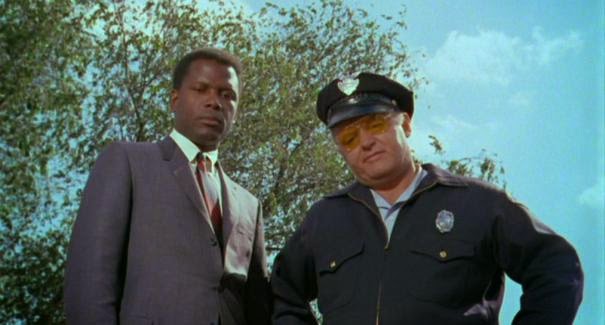 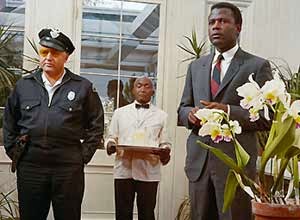 Sidney Poitier's co-star, Rod Steiger, won the Best Actor Oscar for his In the Heat of the Night performance.

Mr. Poitier was the first black man to receive a Best Actor Oscar nomination.  He earned it for 1958's The Defiant Ones.  He next Best Actor nomination was for Lilies of the Field.

Hollywood took notice of his stellar acting skills as the hospital doctor dealing with racism in No Way Out (1950), the student in Blackboard Jungle (1955), and he starred opposite Dorothy Dandridge in the 1959 musical drama, Porgy and Bess.  In that, Poitier's operatic singing voice was dubbed by Metropolitan Opera star Robert McFerrin, father of Bobby McFerrin.  Along with other members of the original Broadway cast, Sidney Poitier reprised his stage role in the film adaptation of the landmark A Raisin in the Sun (1961) and he played the jazz musician composer in Paris Blues (1961) opposite Paul Newman, Joanne Woodward and Diahann Carroll.

He would later direct.  He directed dear friends Harry Belafonte and Ruby Dee in the 1970 western, Buck and the Preacher.  He also starred in the film.  Ruby Dee had acted opposite Sidney Poitier in No Way Out and A Raisin in the Sun.  She too reprised her Broadway performance in the 1961 film version of A Raisin in the Sun.  I feel that the performance Poitier got from Dee in Buck and the Preacher should've brought her an Oscar nomination before the one and only one she did get -- Best Supporting Actress for 2007's American Gangster. 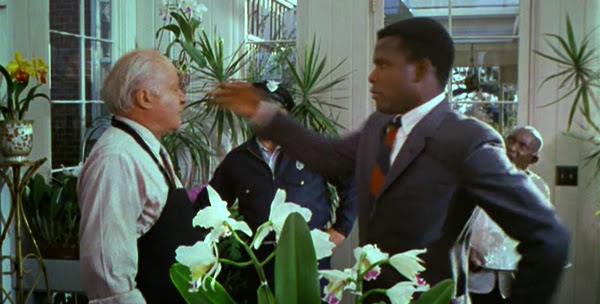 Here's some movie trivia:  I'm sure you recall the famous slap that Sidney's detective character delivers to an old bigot in a key scene from In the Heat of the Night.  There's a photo from it above with Steiger and Poitier and a butler in between.  That butler was played by the talented Jester Hairston.  His career went from 1930s movies to being a regular on a TV sitcom in the late 1980s.  In 1962's To Kill a Mockingbird, he played the father to Tom Robinson (actor Brock Peters).  Atticus Finch delivers the tragic news to the father that Tom is dead.  Jester Hairston was an actor and a singer.  He sang onscreen in Green Pastures (1936) and Finian's Rainbow (1968).  He was also a composer.

Mr. Hairston not only wrote the song "Amen" heard in 1963's Lilies of the Field, he dubbed the singing voice for Sidney Poitier.  "Amen" was played when Sidney walked up to accept his Oscar.  Jester Hairston was a regular on the 1980s sitcom called Amen. 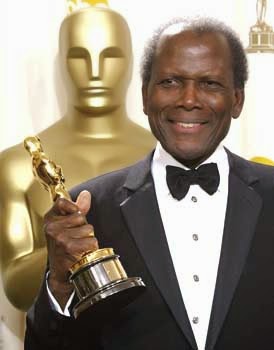