On THE SOUND OF MUSIC

Not only is the opening sequence with Julie Andrews singing the title song rich in visual splendor and rich with the sound of her luminous voice, the lyrics reveal something about Maria's character.  I think the revelation often escapes people, but I believe that the actress/singer fully realized the depth of what she was singing.  She treated that opening number as a monologue set to music.  It sets the tone for the movie.

In an ABC 20/20 special hosted by Diane Sawyer last month, the network news correspondent went to Austria to give us details on the film classic which is now celebrating its 50th anniversary.  Julie Andrews accompanied Sawyer and sat down for an interview.  Dame Julie Andrews talked about the making of the film, she told us how numbers were rehearsed and shot and she told us her favorite things about playing the governess in the classic musical.  She also discussed her unharmonious childhood in ABC's 20/20 special "The Untold Story of The Sound of Music." 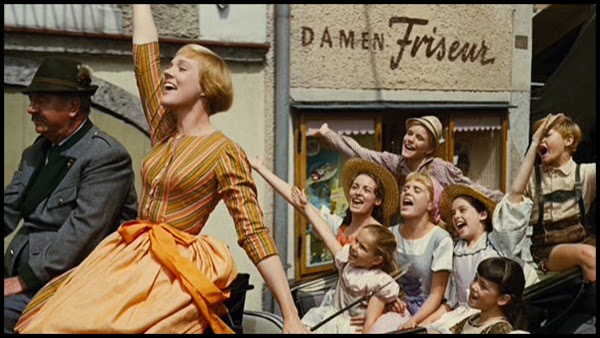 That extraordinary voice made itself known when Julie Andrews was an adolescent.  Her parents were entertainers.  She was a child performer.  Her home life was not a happy one.  Her mother had an affair during marriage that resulted in a pregnancy.  There was divorce.  Her mother remarried. There was inappropriate behavior from Julie's hot-tempered, alcoholic stepfather.  The family was poor and lived in a slum section.  But Julie Andrews had the gift of a beautiful, phenomenal voice. 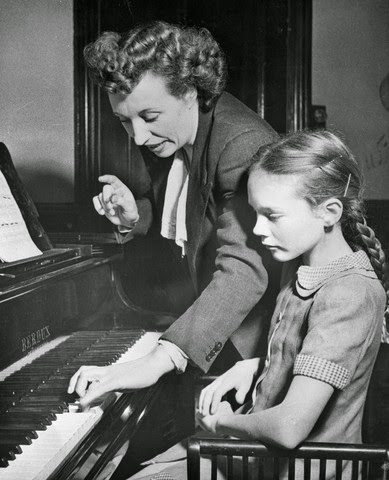 In her adult years, that voice were land her lead roles in three hit Broadway musicals (The Boy Friend, My Fair Lady and Camelot).  Her film debut for Disney in the innovative and hugely successful original screen musical fantasy, Mary Poppins, proved she was a new triple threat talent for Hollywood.  She could sing, dance and act.  For playing Mary Poppins, she'd win the Oscar for Best Actress of 1964.

I know that many folks consider 1965's The Sound of Music to be a lot of sugar and whipped cream served with showtunes.  For a long time, I was one of those folks.  As I got older, I really listened to the lyrics and realized that there is some vinegar in that whipped cream.  In the open of the story, Maria sings "I go to the hills when my heart is lonely...."  Where does she sing this?  She's in the hills.  Maria is lonely.  But being in the hills fills her with such joy that mere words aren't enough to express it.  She must sing her joy.  That's what musical numbers are -- moments where mere spoken words aren't enough.  Song and/or dance take over.  Maria's life in the abbey, her intention to become a nun may not be so much a true calling as it is a refuge from hurt and heartbreak she has known in her young life. 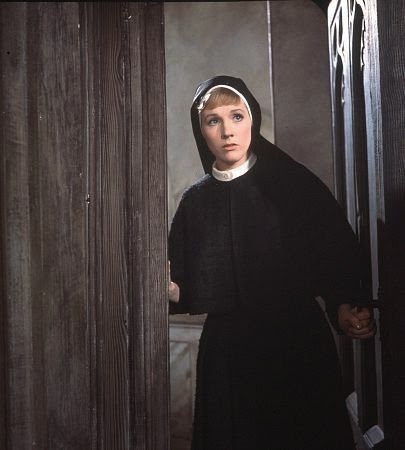 My other favorite song in the film is one that was not in the original Rodgers & Hammerstein Broadway musical starring Mary Martin and Theodore Bikel.  It's "Something Good," written for the film, with words and music by Richard Rodgers.  Maria and the Captain sing it in shadow in the gazebo when they realize they've fallen in love with each other.  It's a tender scene. 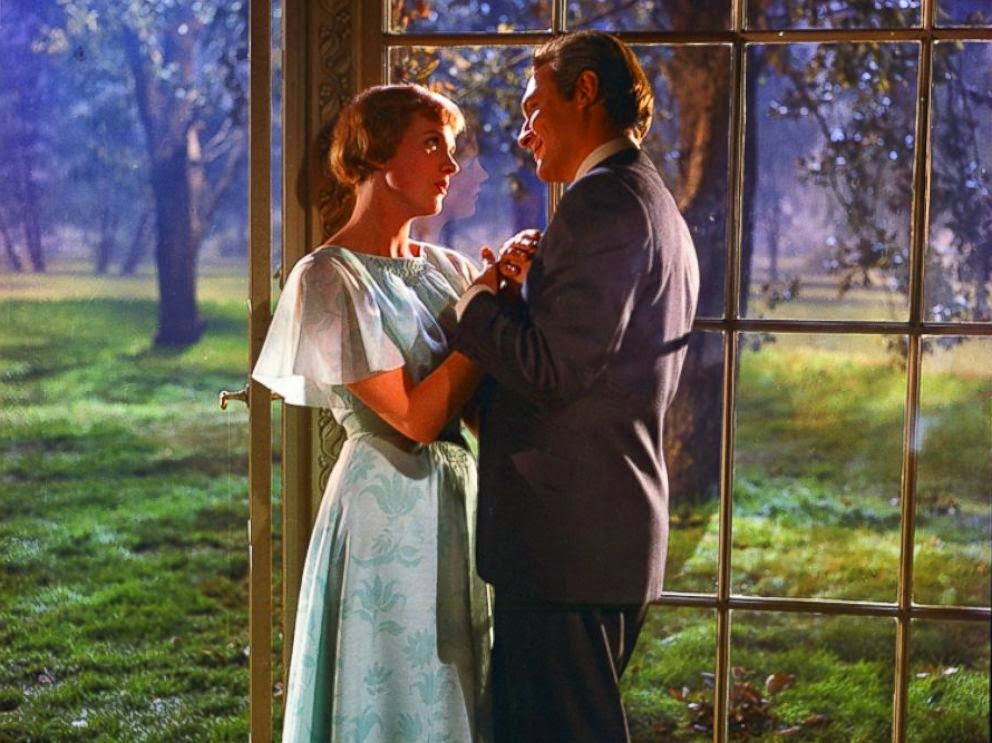 A "wicked, miserable past."  Maria is a spunky, optimistic governess with a cheerful exterior.  However, that does not mean she had a happy time growing up.  She survived dark times and chose not to go through life making others miserable because people had made her miserable.  She didn't create a cycle of dysfunction within herself.  In a way, she's like the made-over Charlotte as played by Bette Davis in Now, Voyager.  Charlotte gives the kind of love to troubled little Tina that Charlotte needed from her selfish, privileged mother.  Tina is ignored by her mother.  Tina's father is the man Charlotte secretly loves.  The once-lonely Charlotte is to Tina what Maria is to the motherless von Trapp children.

Maria and the widower Captain love each other -- and they love the children.  They will risk their lives to protect and love those children.  They protect their children from the evil spreading throughout Europe. The destructive bigotry of Nazism is on the rise and Captain von Trapp refuses to be a part of it.  He speaks out against it.  He's ordered into Nazi military service.  He refuses.  That took guts. 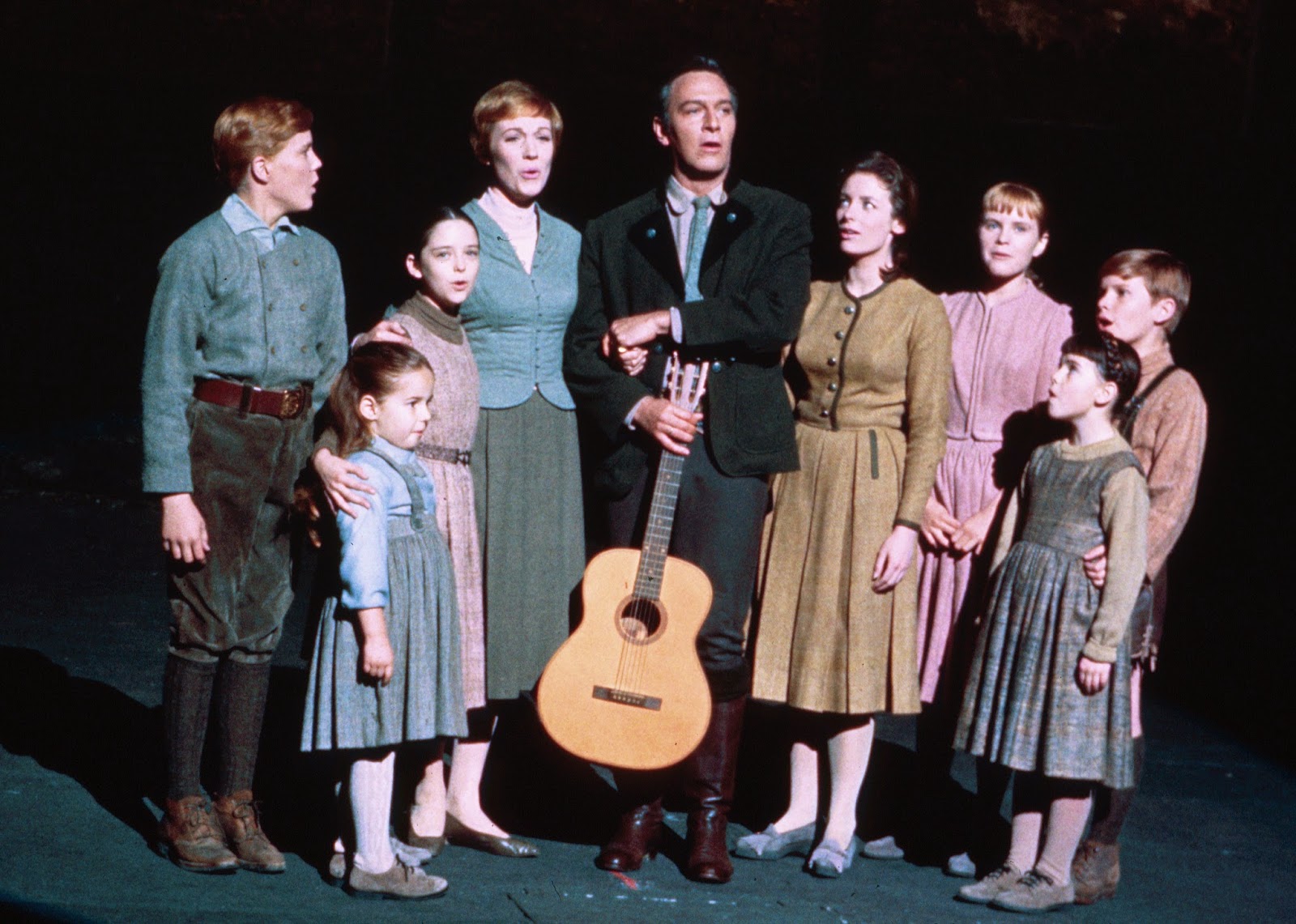 He defiantly rips down the Nazi flag that Third Reich officials hung from his mansion.

The Sound of Music, like other great work by Rodgers & Hammerstein, shouts down bigotry and intolerance.  I feel that the Julie Andrews connected to those lyrics because of the misery in her youth.  She understood Maria.  And she grew up in England during the Nazi blitz bombings of World War II.

Julie Andrews truly was the perfect choice to play that film role.  Her Maria was not a one-note character.  Without the multi-talented Julie Andrews, the film would not have been the box office blockbuster that it was nor would it have won the Oscar for Best Picture of 1965.  She may be the only actress to score three Best Actress Oscar nominations for musicals.  There was Mary Poppins, The Sound of Music and her 1982 gender-bender musical comedy Victor Victoria.  Judy Garland, Barbra Streisand, Liza Minnelli got only one Oscar nomination for acting in a musical.

Read more about the the youth of the Broadway and film great in her memoir, Home. 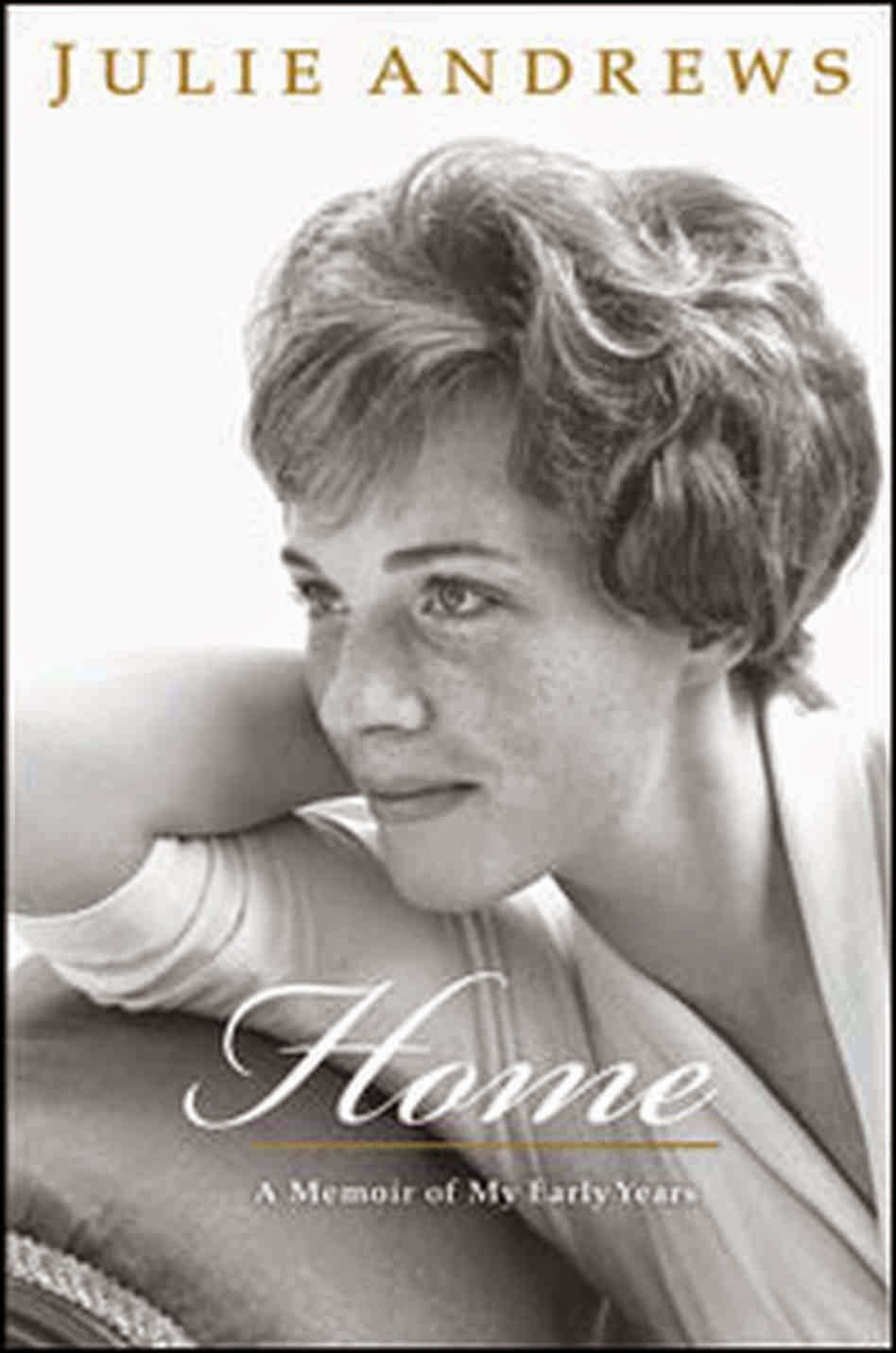