He Gave Us TWO WOMEN

Here's a quick, brief post on Vittorio De Sica, a renowned foreign filmmaker whose work I have loved and been moved by for decades.  I've studied his work.  First of all, he was a dashing and talented film actor, one adept at both comedy and drama. 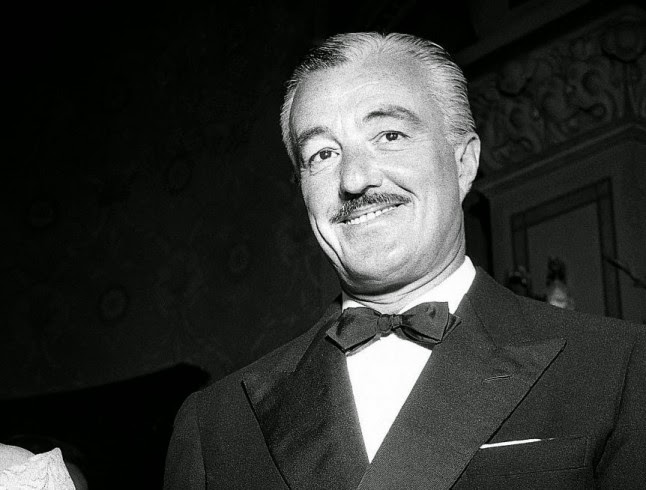 His gifts as a director were extraordinary and innovative. 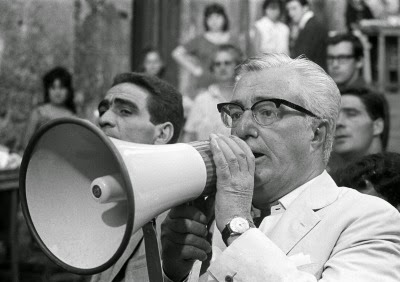 Vittorio De Sica was one of the pioneers in Italy's neo-realism film style.  He directed The Bicycle Thief (1948), a true classic.  I dare you not to shed a tear watching this story of a poor single father in Italy who needs a bicycle to work and feed his little boy.  His bicycle is stolen.  I first saw this beautiful feature in one of my college film courses.  I've grown to love De Sica's classic even more since then. The Bicycle Thief is a perfect film to see on Father's Day -- because it's about a father's love and sacrifice. 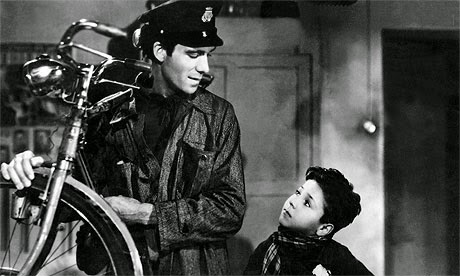 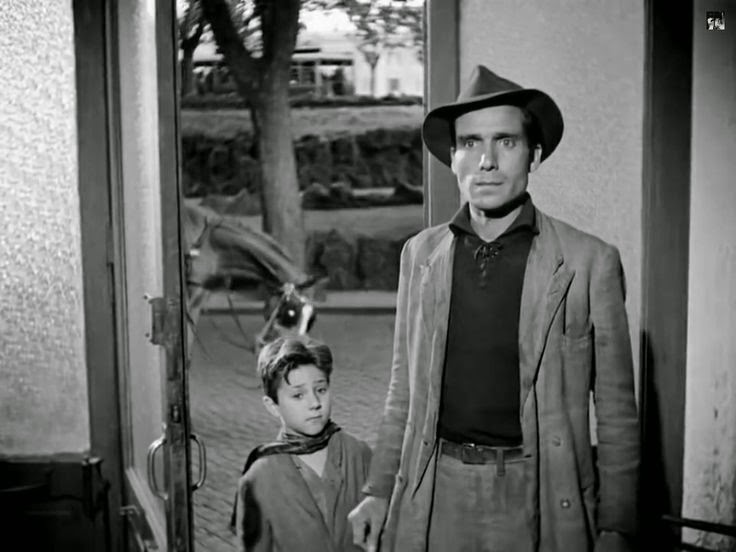 There's another neo-realistic classic in his list of credits -- De Sica's poignant 1952 meditation on old age is called Umberto D.  An elderly man survives in Italy solely on his pension.  He faces eviction.  One of his closest companions is his little dog. 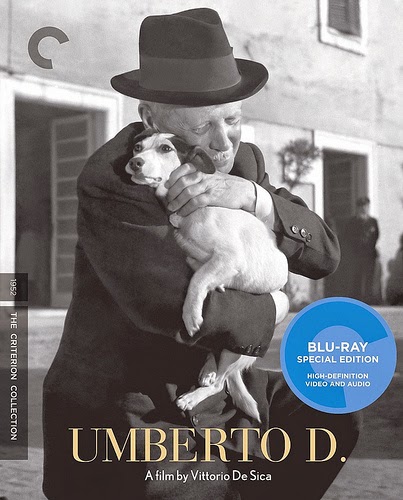 I absolutely love a tender little love story he directed.  It's one that doesn't get mentioned a lot but it's rich in its compassion and warmth.  1956's The Roof (Il Tetto) follows a poor newlywed couple that tries to put a roof over its head.  The bride and groom don't have a home.  She was so poor that she borrowed her wedding gown  They rely on the kindness of relatives to put them up after the wedding.  You'll love the bride and groom. 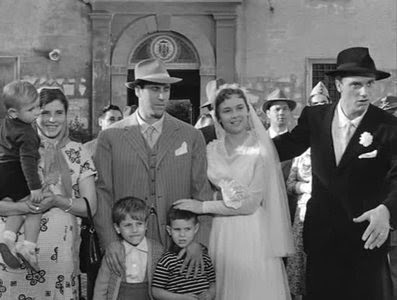 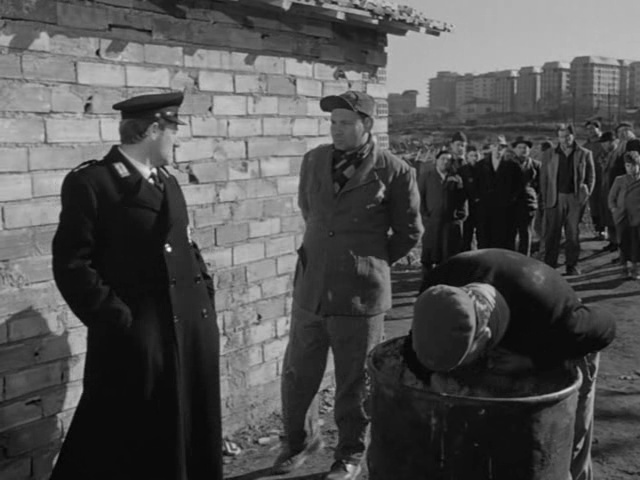 They must outwit local authorities to get a place.  The newlyweds' dream of a humble, almost pitiful, little place with a roof in the low-rent section of town.  That place would be heaven on earth because they'd be together and starting a new life.  I love The Roof. 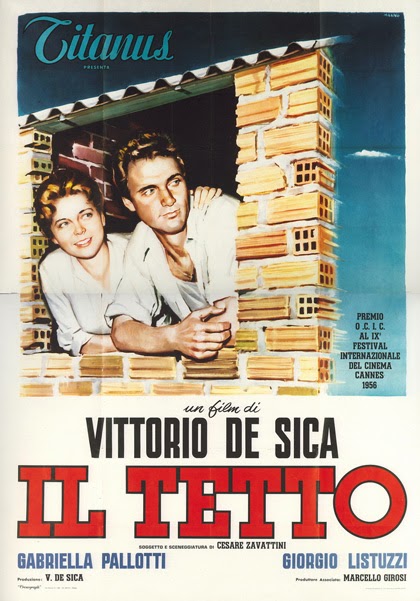 Earthy and working class characters in De Sica movies like The Roof, Two Women and Yesterday, Today and Tomorrow always remind me of everyday people I saw and knew when I was growing up in South Central Los Angeles.  They were ordinary people with extraordinary resilience.

In my previous post, a piece on actress Sophia Loren, I wrote that Vittorio De Sica directed her to an Oscar victory.  He directed her in a number of films and seemed to draw the essence and best of her out more so than any other director.  He directed Two Women, for which Sophia Loren won the Oscar for Best Actress of 1961. 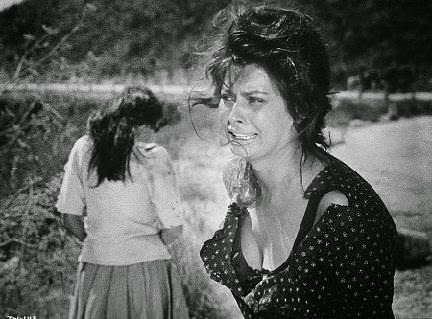 He directed Sophia in Marriage Italian Style  He also directed her in 1963's Yesterday, Today and Tomorrow -- three stories in which Sophia plays three different women with her wonderful co-star and friend, Marcello Mastroianni.  It's three looks at moral attitudes. 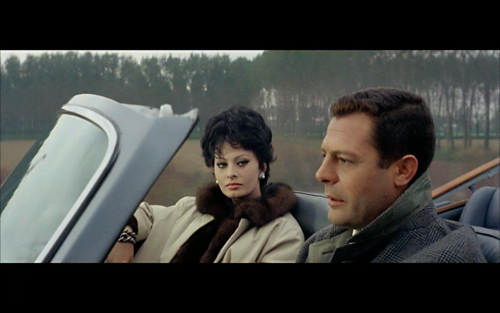 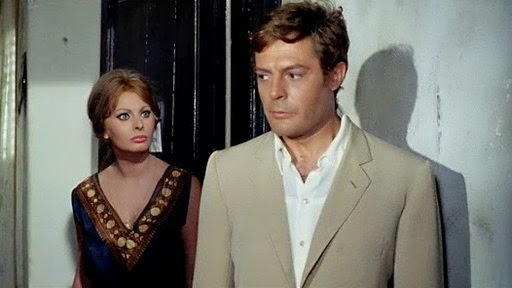 De Sica's Yesterday, Today and Tomorrow is the movie in which Sophia Loren does her celebrated stocking striptease.  Marcello's funny and she's yummy in that scene. 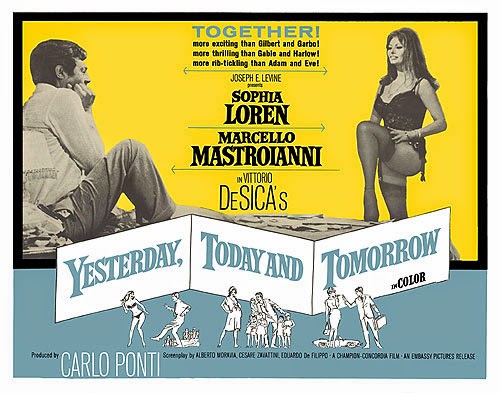 De Sica directed another drama now considered a classic -- the critically acclaimed foreign film, The Garden of the Finzi-Continis (1970).  A wealthy, intellectual Italian Jewish family lives a peaceful aristocratic life.  A Jewish man from a lower classic falls in love with one of the wealthy daughters.  He's treated like an outsider.  But it's the 1930s and Naziism is on its evil rise, devouring Europe and taking Jews of all classes as prisoners. 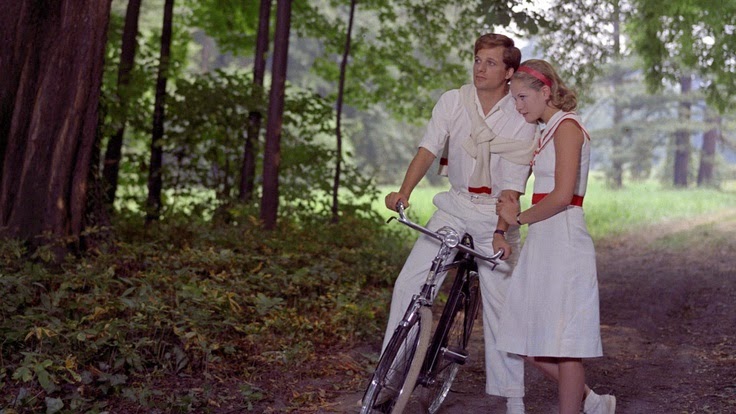 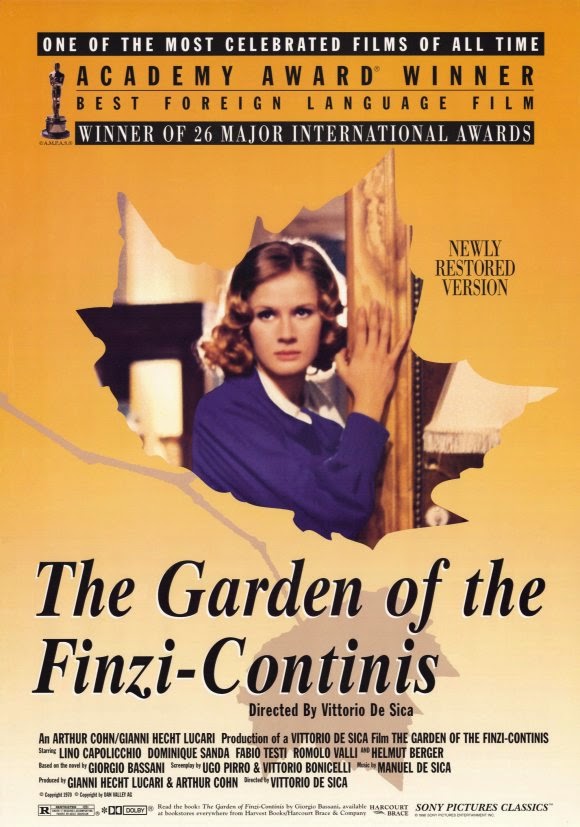 Vittorio De Sica directed landmark foreign films.  He gave us classics.  His films won Oscars.  But he was never nominated for a Best Director Academy Award.

He got one Oscar nomination in his remarkable film career and that was in the Best Supporting Actor category.  Vittorio De Sica, seen to the far left in the photo below, was one of the best things about the epic but lukewarm 1957 remake of A Farewell to Arms.

Rock Hudson and Jennifer Jones were the stars.  De Sica didn't direct it.  He just acted in it.  And he got the only Oscar nomination the big prestige film earned.  But De Sica had directed Jennifer Jones and Montgomery Clift in 1953's Indiscretion of an American Wife.