Tony Goldwyn's Got the Gift

We TV tries something new this summer.  A scripted series.  That's a first for We TV.  You can catch the 2-hour premiere of this new series, The Divide, directed by Scandal star Tony Goldwyn. 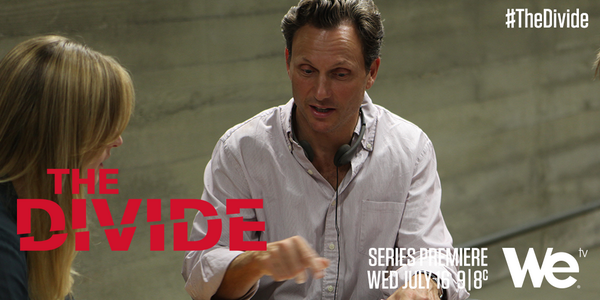 As a director, Tony Goldwyn has got the gift.  We TV should be very proud of what he's giving viewers on Wednesday night, July 16th, at 9:00 ET/PT.  The Divide is a legal thriller about flaws in our U.S. Justice system.  I saw the premiere presentation.  I've seen a few new Hollywood films this year that were not nearly as good as this TV show. 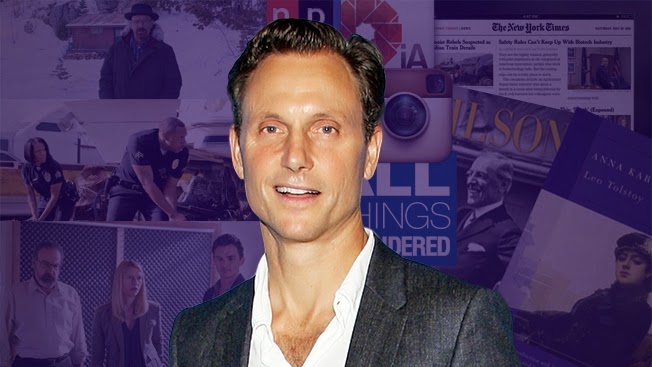 Millions of viewers see him on ABC opposite Kerry Washington on Scandal.  Back in the 80s, millions saw him as the white collar bad guy in the Oscar-winning comedy/fantasy thriller, Ghost.  Classic film fans know that he comes from the family of Goldwyn Studios, a Hollywood company that gave us such classics as William Wyler's Dodsworth, Wuthering Heights, The Little Foxes and The Best Years of Our Lives, Barbara Stanwyck in Stella Dallas and Ball of Fire, Gary Cooper in The Pride of the Yankees and the early, elegant Danny Kaye musical comedies.  Studio head Sam Goldwyn would be impressed with Tony's skill as a director.

The Divide is about wrongful convictions.  A man is scheduled to be executed for the murder of an African-American family in a predominantly white neighborhood of Philadelphia.  The man on Death Row is white.  We see how the conviction has divided people and how personal convictions can be wrongful in areas of ambition, race, politics, family ties and religion. 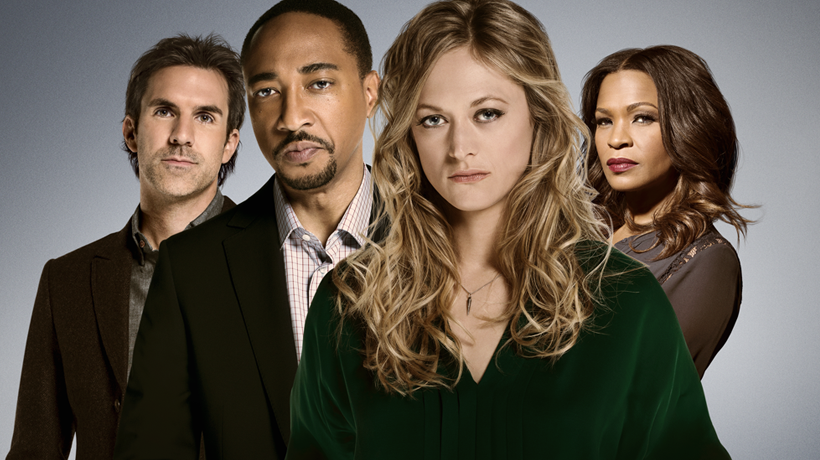 There is tension in this premiere episode and the viewers will be tense.  Is he innocent?  Is he guilty?  In  that last half hour of the premiere, you will still be asking those questions.  What Tony Goldwyn does with his cast really makes this worth your time.  There is some mighty fine acting in this show.  Let's start with young woman seeking new evidence.  On the networks, when you have a young lady who's a crusading lawyer type, passionate to prove someone's innocence, she's young and pretty and shapely and looks like she stepped right out a Revlon commercial.  That's not the case with the excellent Marin Ireland as the caseworker Christina.  That's not to say that she, the actress, is not pretty.  Her character looks in need of a nap.  She looks like she's been working 'round the clock.  She looks working class. You believe that she's with a grass roots legal organization and works tirelessly.  Ms. Ireland is really in the shoes and soul of this character.  There's a fire in Christina's bones.  Christina's family life was affected severely by the legal and prison system. 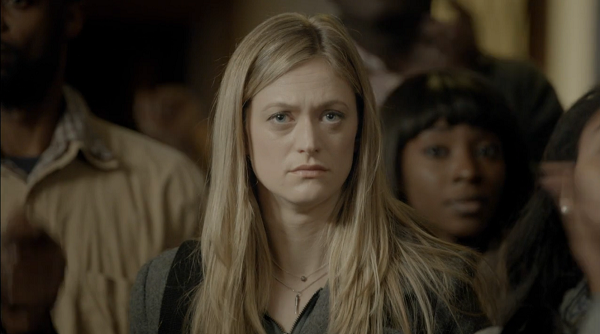 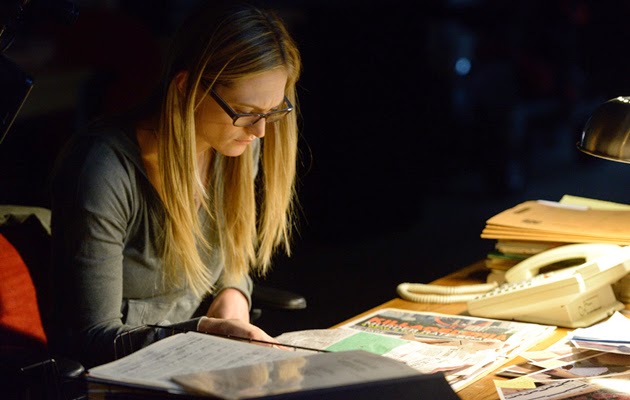 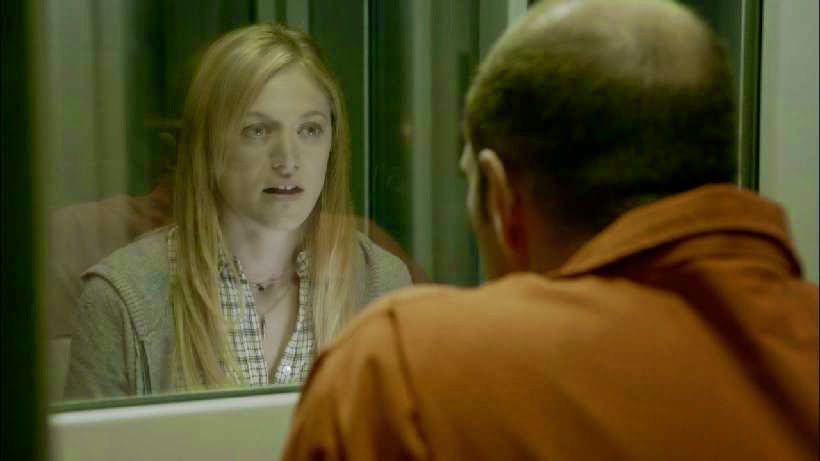 Damon Gupton and Nia Long play Adam and Billie Page, an upscale African-American couple.  He was the prosecutor in the case that sent the man to Death Row.  He and his wife are divided.  They want to see justice done but they don't want to appear as if they're playing the race card and using a man's execution for career gains.  What a blessing it was to see complicated, smart characters for African-American actors to play.  Judging from their performances, they must've felt the same way. 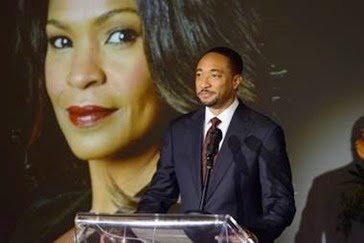 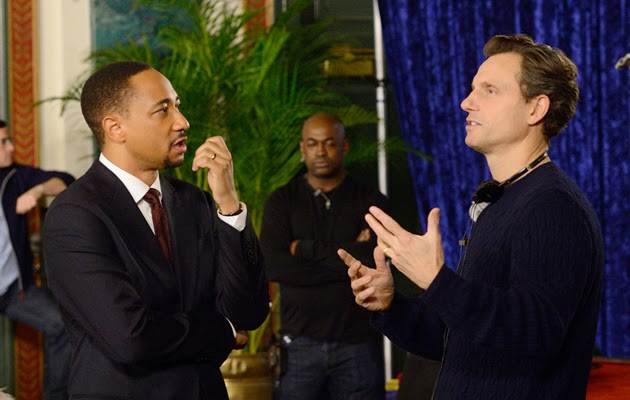 As for Chris Bauer ... Lord have mercy, he's a good actor.  So good that it's subliminal, I think.  He's way overdue for an Emmy nomination.  He was a regular on The Wire.  With a different vocal tone and accent, he's made Sheriff Andy one of my favorite characters on True Blood.  As the man soon to be executed, he proves again that he's one of the most versatile actors working on TV today.  He creates a different character again. 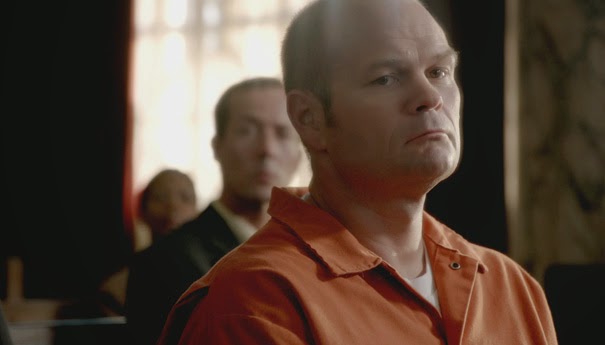 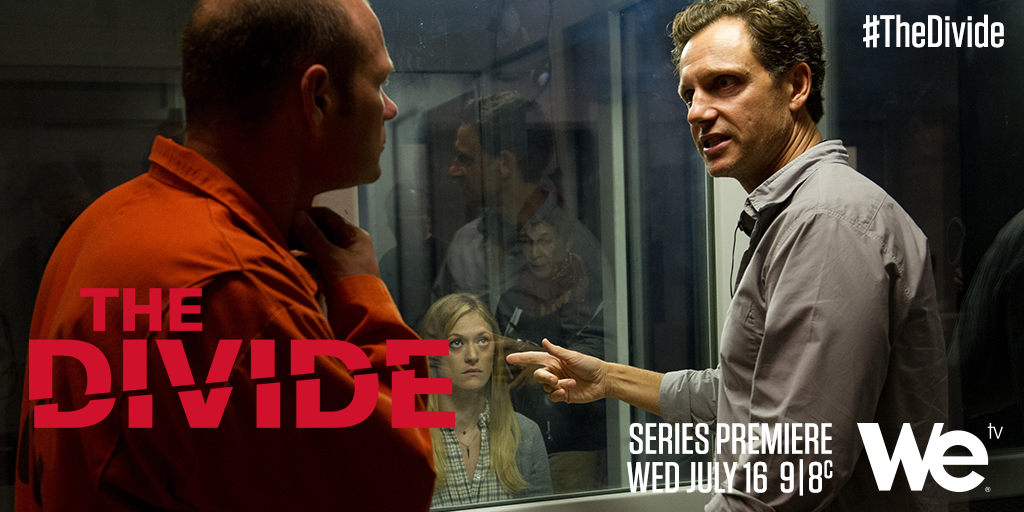 Director Tony Goldwyn gets natural and honest performances from actors.  They're all committed to their characters.  He keeps his camera fluid yet the fluidity doesn't get in the way of the actors.  Here's an example of what I mean:  Back in 2001, Sean Penn and Michelle Pfeiffer did fine work in the film I Am Sam.  But the director chose to cut the scenes ever 3 to 5 seconds making the dramatic feature seems more like a music video back in the old MTV days.  I could not lose myself in the characters because the editing took focus.  The director got in the way.  Tony Goldwyn doesn't do that.  He cleverly uses natural division in a frame to underscore the scene.  At the open, Christina drives up to a home.  A woman is doing yardwork.  Christina gets out of the car and we watch from a point of view behind the wheel.  There's tension between the woman and the case worker.  In the shot, they are separated by a frame of the car window.  This shows that they are divided.  The same happens in prison scenes with parent and child.  There is space between the characters or a division of something in the room to accentuate the emotional divide between the characters. 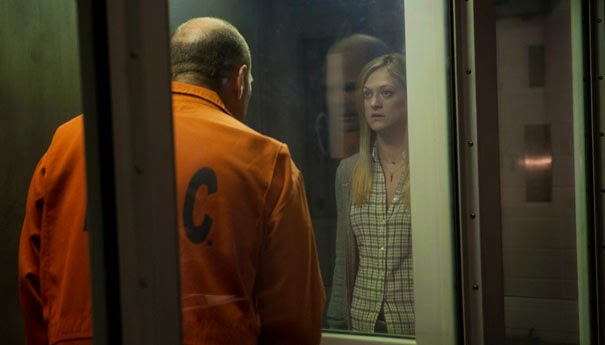 Tony Goldwyn directed the movie Conviction.  It was not a box office hit back in 2010 but that does not mean it was a dud film.  I rented the DVD.  Had I paid to see it at a cineplex, I'd have been a very happy customer.  It would've been worth the price of the ticket.  It too is the strongly of someone wrongly accused.  Conviction was based on a true life story.  As with The Divide, Goldwyn's directorial work was quite impressive.  Hilary Swank played the devoted sister of little education who studies law in order to prove her jailed brother's innocence.  Swank gave one of her best performances since her two Best Actress Oscar wins.  Sam Rockwell as the imprisoned brother gave another of those performances that made you wonder when the heck The Academy is going to notice him and give him an Oscar nomination.  Conviction is worth a rental. 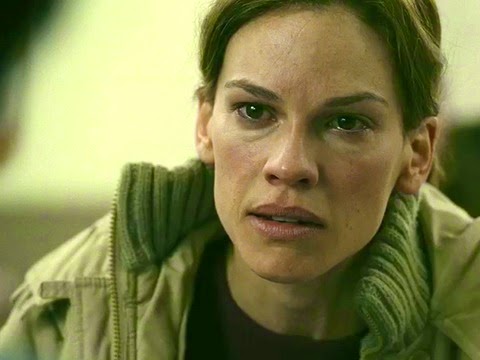 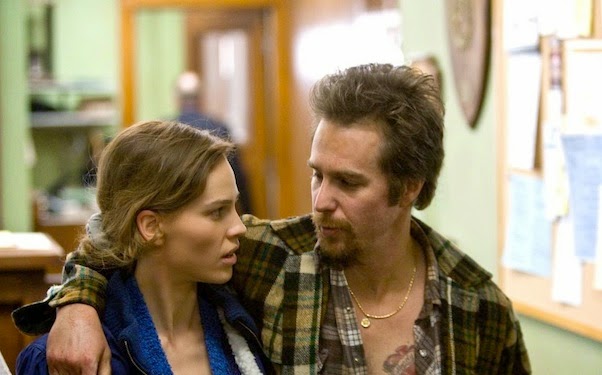 Obviously, what he learned doing Conviction, Tony Goldwyn applied to The Divide.

Watch that premiere episode.  It's very good and I hope The Divide is a hit for We TV.  As I wrote up top, when it comes to directing, Tony Goldwyn's got the gift. 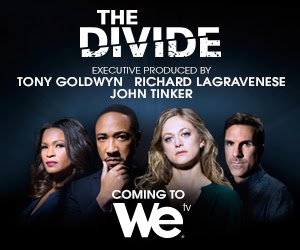