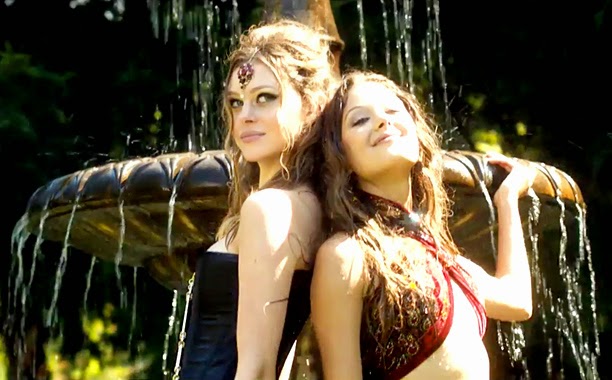 It's about hollow youth with money, privilege and way too much free time.  Following young upscale characters in Long Island, we see parties, illegal activities, unrequited love, a non-handsome misfit observer, fast cars, a pool, sex and death.  It's a short movie. Only 85 minutes.  It's like a Twitter version of The Great Gatsby updated for an audience of millennial viewers.  If you recall West Egg from The Great Gatsby, think of Great Neck in Affluenza as sort of a West Egg substitute. 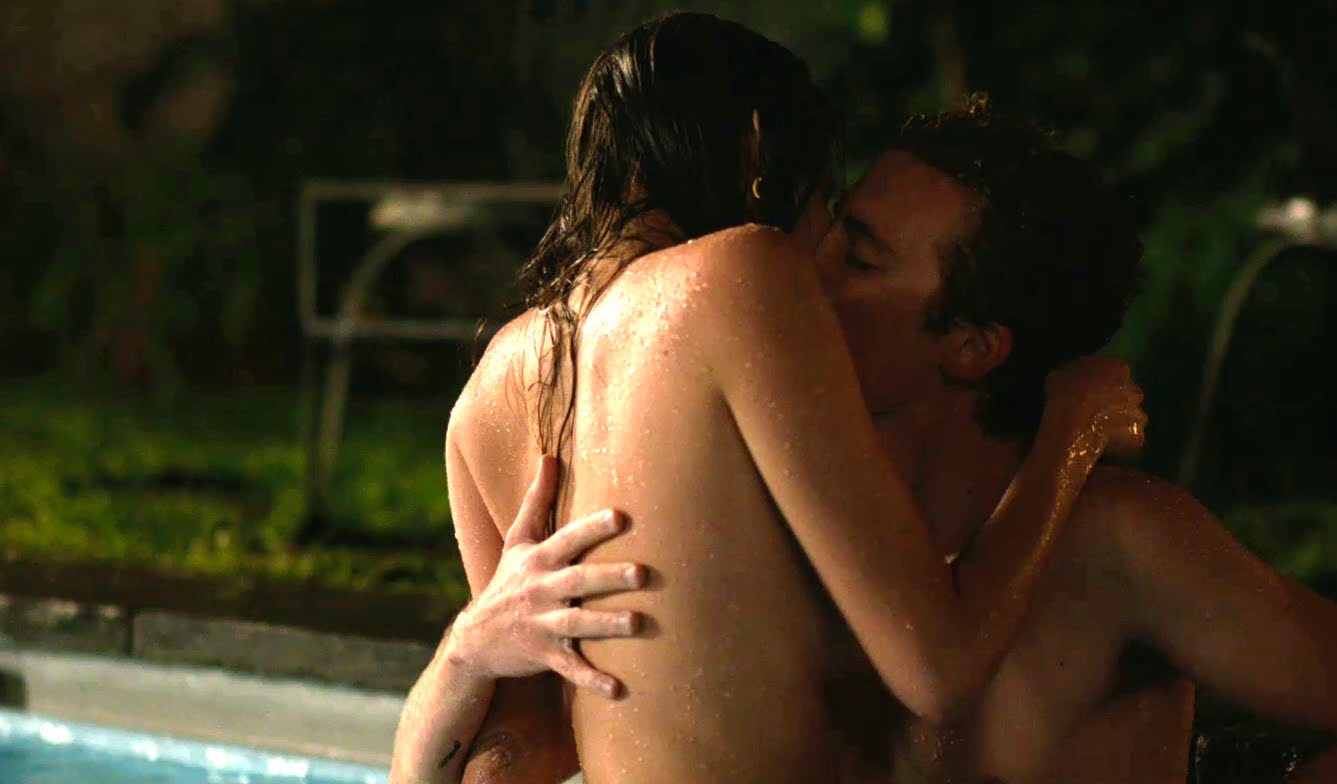 The story takes place in 2008 and it opens with a scene that pretty much sets a tone of the movie.  The Baby Boomer generation is giving Gen X a verbal bitch-slapping.  An executive tells a young, aspiring photographer that his work has no soul.  We follow the young misfit observer/photographer as he attempts to develop his skills.  He falls in with pretty people and a party crowd.  Affluenza is a mash-up word coming "affluence" and "influenza."  It's the disease of consumerism.  The young folks have access but no substance.  Heaven forbid one of them do volunteer work in an economically-depressed neighborhood. 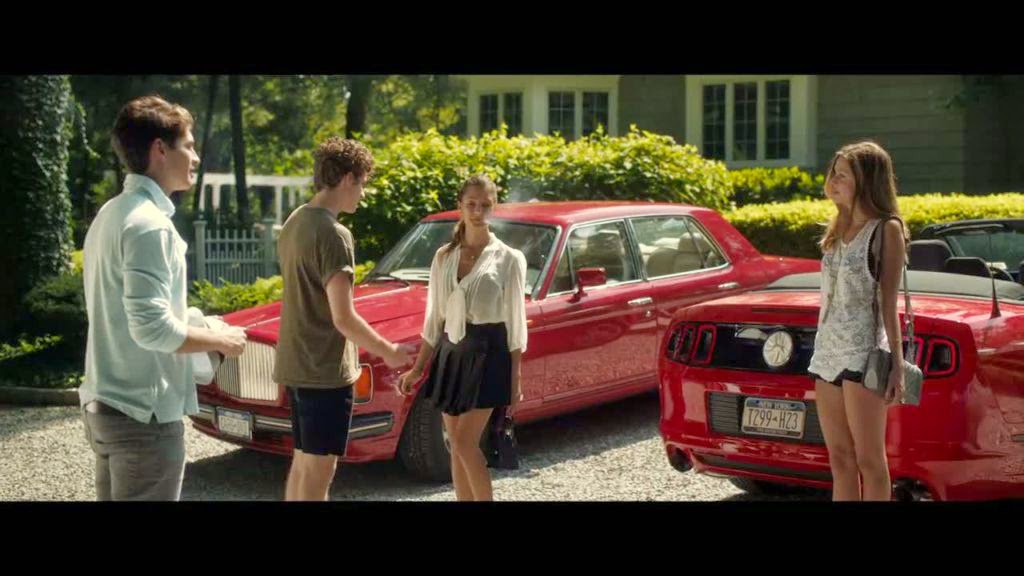 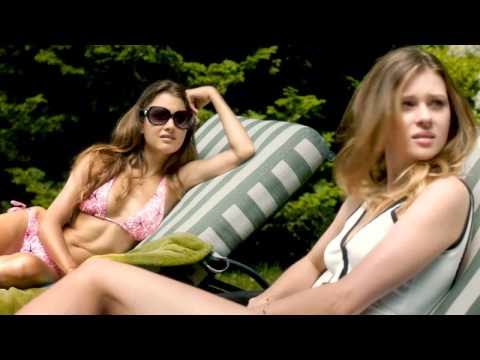 There's some good acting in this film but, to me, the story is kind of listless -- like someone lounging poolside.  Story-wise, it really doesn't give you anything new or any fresh viewpoint.  But it's an okay pastime.  I saw this kind of story when the 1940s movie starring Alan Ladd as The Great Gatsby played on TV, I saw it when Robert Redford played The Great Gatsby and saw it again with Leonardo di Caprio starred in another big screen remake.  I saw the "upscale young people driving in the fast lane to nowhere" element in the 1980s films, Less Than Zero and Bright Lights, Big City.

The one element of Affluenza that did have some punch and some originality was Steve Guttenberg in the role of the angry, money-hungry Long Island parent.  Guttenberg was The Golden Boychik of 1980s movies with boyish face, innocent Bambi eyes and warm personality.  He was always so likable in popular movies like Three Men and a Baby, Cocoon, Diner and the Police Academy comedies. 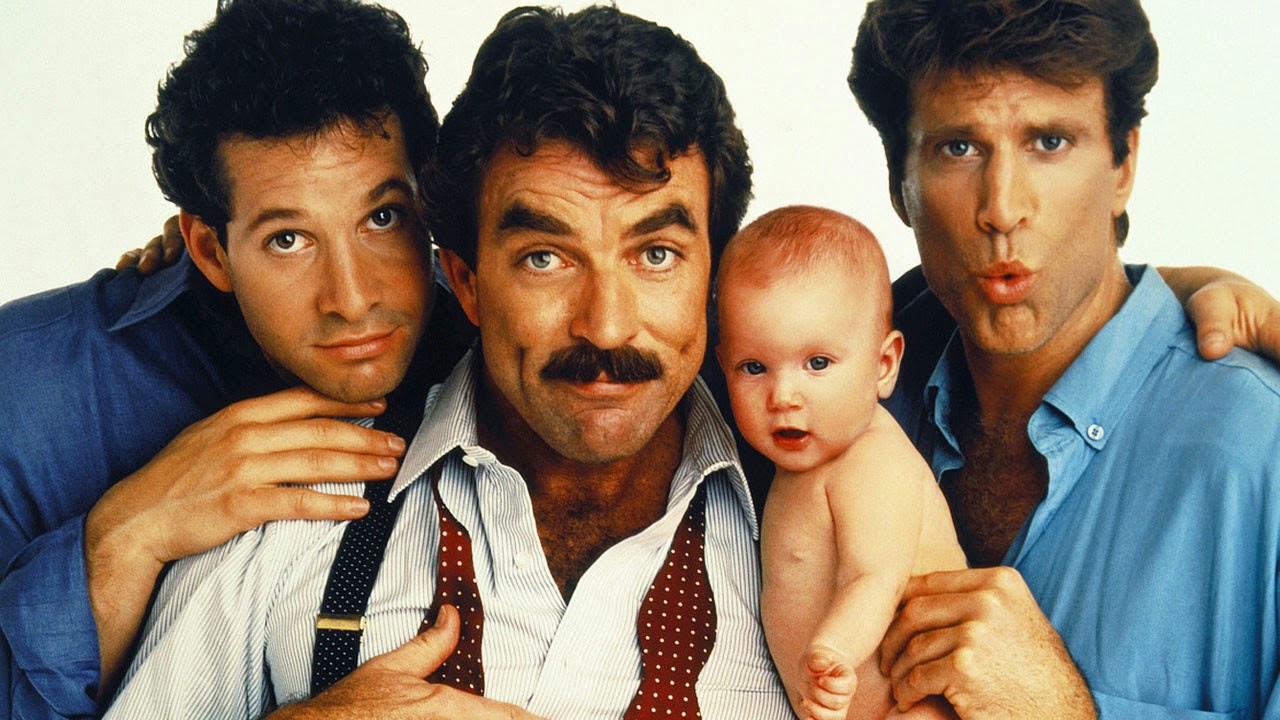 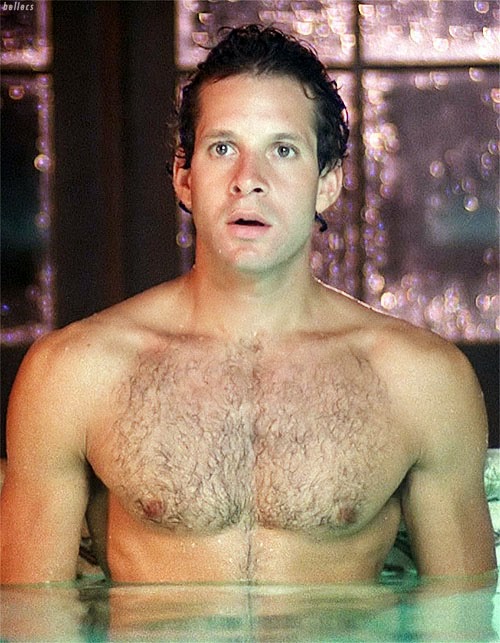 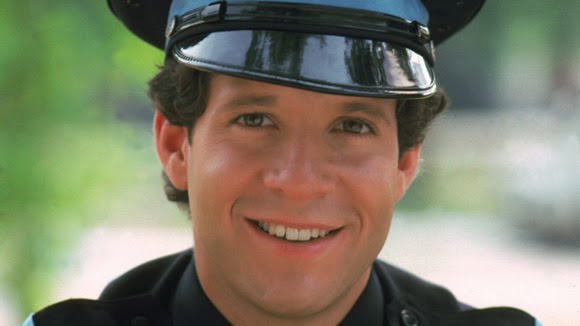 I watched the beginning of Affluenza again.  Not just to see a buddy of mine who's also in it (multi-Tony nominated Broadway actor Danny Burstein), but to see the former Three Men and a Baby star.  He looked so different -- and his character was so aggressive and bitter -- that I didn't realize it was Steve Guttenberg until a few minutes later in the film. 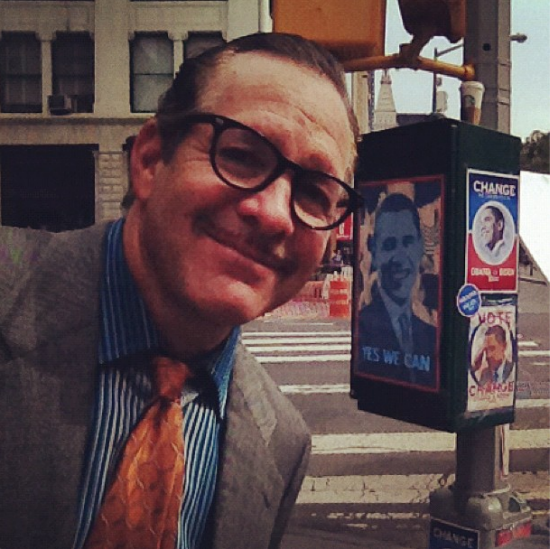 Let's face it.  He's no Daniel Day-Lewis.  Neither am I.  But one thing that really excites me is seeing an actor, a performer, who's known for one thing and takes on the challenge of doing a new kind of role, fully committing to the truth of the character.  Steve Guttenberg took the risk with this performance and that was fascinating to see.  I have seen several of his movies since his heyday in the 1980s.  This supporting role is the best work Steve Guttenberg has ever done on the big screen, in my opinion.  I wonder what professional critics will say and/or write about it.

As for Danny Burstein, his character is an example of the script's missed opportunities.  He plays a gentle, divorced relative.  The reason for the divorce should've gotten more attention.  The divorced man is Ira Miller, related to the young photographer, Fisher Miller.  Ira's caustic brother is Phil Miller, played by Steve Guttenberg.  An opening scene with ill-tempered Phil being insensitive to Ira in the car as family leaves a funeral service left me wanting to know why Phil was so angry at his brother's truthfulness.  Is he jealous because his brother's life has more substance?  Because his brother is happier?  How does this affect the young observer/photographer, Fisher?  That car scene is where we first see the Guttenberg dramatic chops in Affluenza.

I've seen Danny Burstein on Broadway.  I've seen him on TV in HBO's Boardwalk Empire and on Louie starring Louis C.K.  He's really got the gift.  He can be big onstage.  He also knows how to iris in, bring the performance in and do less for the movie and/or TV camera.  There needed to be more of his character in Affluenza.  If any adult in that movie should've been a role model to those kids, it's his character, Ira.  There is light in his soul.  Phil has been corrupted by wealth.  Danny is beloved on Broadway.  He's gotten great notices and nominations for his smart, inspired work in revivals of Rodgers & Hammerstein's South Pacific, Stephen Sondheim's Follies and the current production of Cabaret.  But I sure would love it if Hollywood tossed him some of the scripts it usually gives to Stanley Tucci.  (For example -- think of Tucci in The Devil Wears Prada and Julie & Julia with Meryl Streep and as the funny, supportive dad opposite Emma Stone's delightful character in the sophisticated teen comedy, Easy A.) 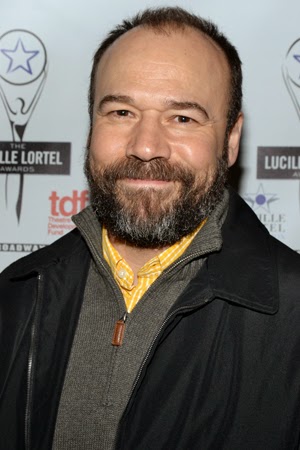 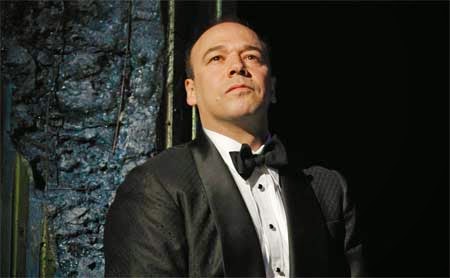 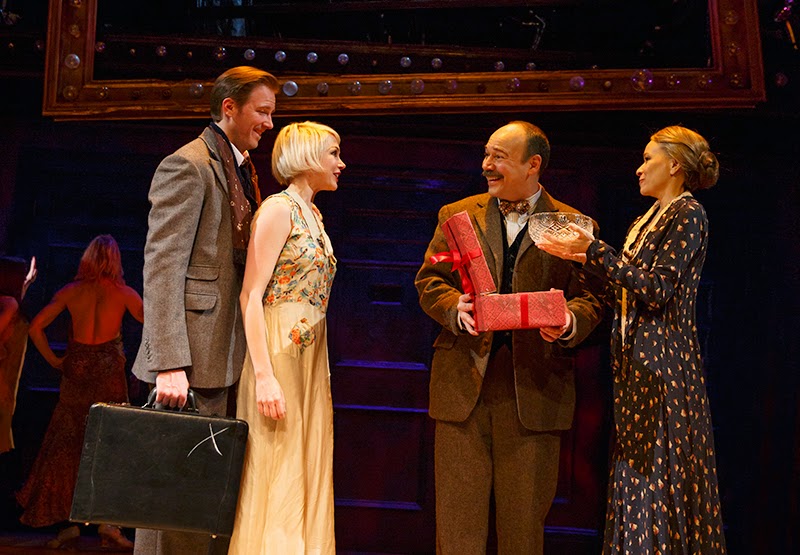 The kids in Affluenza seem to have taken a song from Cabaret as their personal anthem:  "Money Makes the World Go 'Round."  I grew up in South Central L.A.  Years later, thanks to my career, New York became my adopted home.  I met privileged Long Island types like the ones I read about in The Great Gatsby and saw in Affluenza.  When I worked for MTV Networks on the VH1 side, I really started to see something that is still evident today and something that, had it been an element of the Affluenza script, could've given it some depth.

Young black rappers from low-income neighborhoods and economically-challenged home lives want to make big money and live large like those privileged white dudes on Long Island.  They want to move up in class and status and income.  They want that privilege and access and those opportunities.  Rarely do you see a film about carefree black/Latino youth and hear one character in party scene say, "Oh, my father's gonna hook me up with a good job."  You do hear that sort of thing from a character in Affluenza. 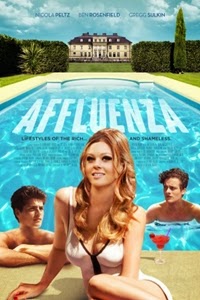 Young upper class white dudes with money and privilege want to be hip and street cool like top black rappers and have their fame.  But they wouldn't want to be black like those rappers because, deep down, they know that being white still gives them more access and privileges -- even when they're not working or if they're in trouble.  Rich, young, pretty people talking a lá The Breakfast Club about race reality and racial images within their worlds of manicured lawns, domestic help and gated communities could be interesting in a movie. 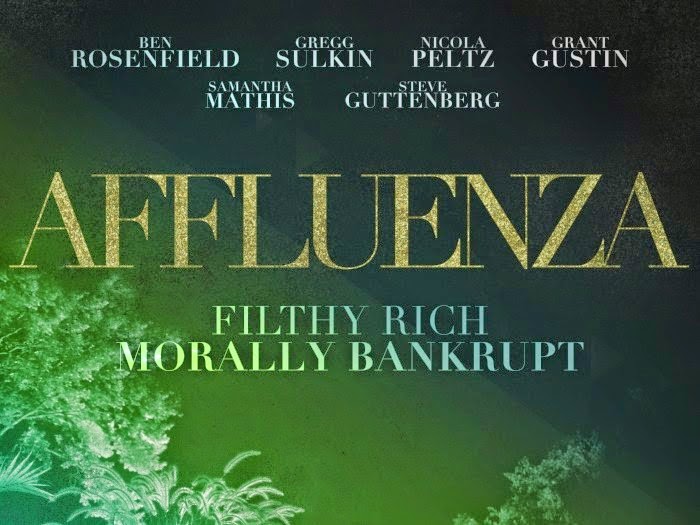 Acting-wise, the kids are alright.  It's middle-aged Steve Guttenberg who really wowed me by daring not the be liked and challenging himself with a new kind of role.  Guttenberg gives a solid, surprising performance.  Afflluenza is an indie feature from new director Kevin Asch.