As I usually do since I've been temporarily relocated to California, I was listening to KNX 1070 news radio on my computer.  I love its morning drive team.  KNX, a station based in Los Angeles, went live to the Emmy nominations and then returned to the newscast team for Emmy nominations wrap up.  It was no surprise that Game of Thrones, Orange Is the New Black and Breaking Bad got top nominations.  News anchor Dick Helton was stunned that James Spader did not get a Best Actor nod for NBC's The Blacklist.  He loves Spader on that series.  I'm with him.  I think the NBC series has some of Spader's best work.  Folks on Twitter couldn't believe Spader got snubbed.  That night, my friend Ruth messaged me on Facebook that she couldn't believe James Spader did not get an Emmy nomination. 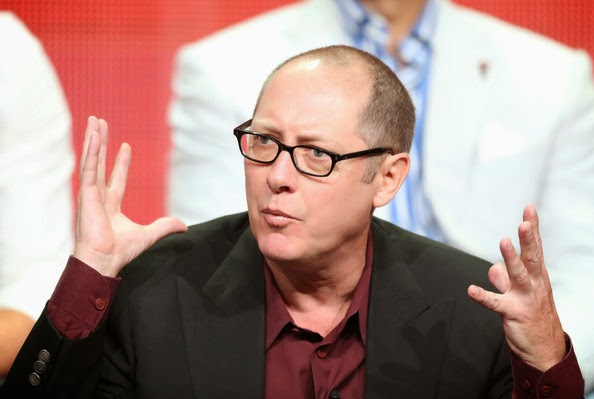 That veteran actor sure has got a lot o' love from fans of The Blacklist. 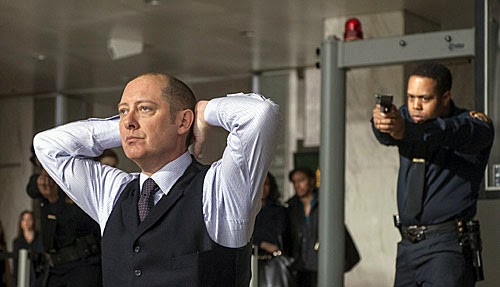 Remember when he was always the slim, yuppie jerk in 1980s movies like Baby Boom?

As for nominations, I feel like I've been doing television since it was invented.  I've been a host on national and local TV for decades and I've never, ever been nominated for any kind of an Emmy.  So, when I hear the nominees for Best TV Host, I usually have the same expression on my face that Bette Davis as Baby Jane Hudson had on hers when she had to make lunch her popular sister Blanche. 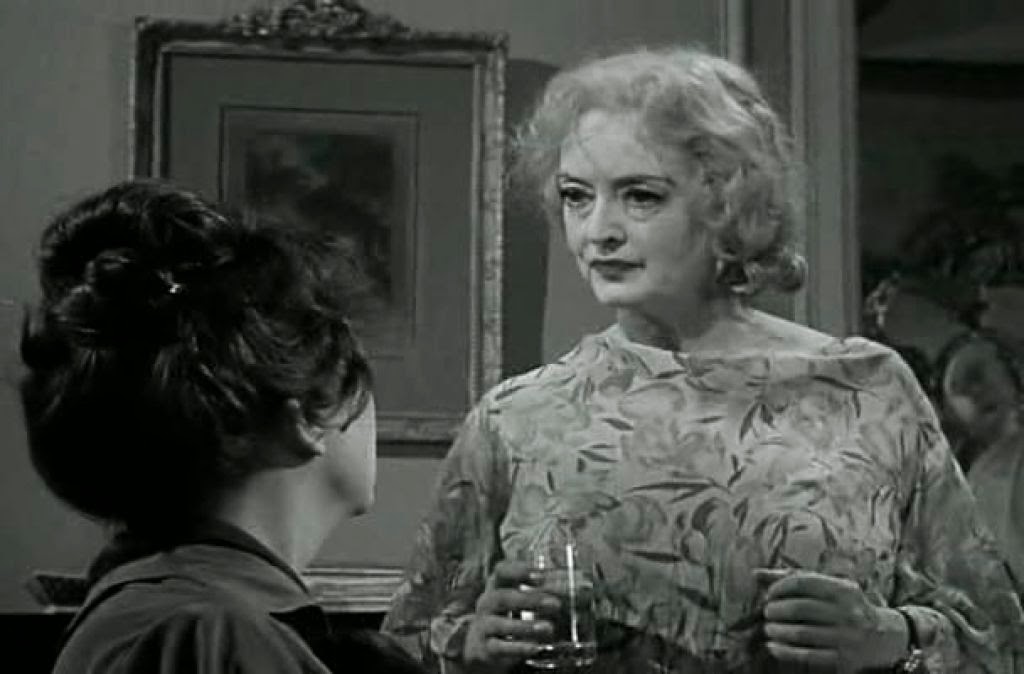 But that's just me.  Back to James Spader.  He is in excellent company as one who was overlooked for an Emmy. 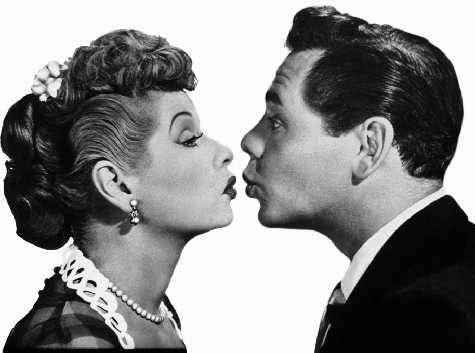 One of the most famous network sitcoms of the previous century was I Love Lucy.  This groundbreaking 1950s hit sitcom made TV superstars of real-life married couple Lucille Ball and Desi Arnaz.  Desi Arnaz played Lucy's entertainer husband and devoted family man, Ricky Ricardo.  Desi was also the executive producer of the show and ushered in innovative sitcom camera-shooting techniques that are still used today.  He ok'd the scripts.  Desilu Productions gave a green light to TV shows that were spun off into huge box office successes -- The Untouchables, Mission: Impossible  and Star Trek.

After he resigned as president of Desilu (he and Ball were no longer married but still in contact with a great respect for each other's talents), Lucy took over and became the first woman to head a major studio.  They met and fell in love while making the movie version of the Broadway musical comedy, Too Many Girls.  Desi was a featured performer in the original Broadway cast and recreated his role for Hollywood.  That 1940 release was made at RKO studios.  Thanks to their I Love Lucy series, they purchased the old RKO studios and turned it into Desilu Productions.  Other shows from Desilu include The Danny Thomas Show, The Andy Griffith Show, The Dick Van Dyke Show and Mannix.

Desi was a TV actor and a brilliant TV visionary.  This Cuban immigrant became a legendary American success story.  He was an extremely influential and creative and grateful TV producer.  I Love Lucy was an international hit.  He and Lucy became a Hollywood power couple thanks to their sitcom creation.  Desilu Productions championed racial diversity in casting.  When Lucy succeeded Desi as head of the studio, that was a major chapter in the history of women in Hollywood.

Desi made Ricky Ricardo a classic TV sitcom dad and certainly one of the hippest sitcom fathers.  He was not all the usual Caucasian head of the household seen on television.  He brought his ethnic flavor, energy, music and language to his groundbreaking, classy character.  America saw a bi-lingual household when it visited Lucy and Ricky every week on I Love Lucy.  On the show and in real life, he was a bandleader.  Look for Desi Arnaz music on CD. 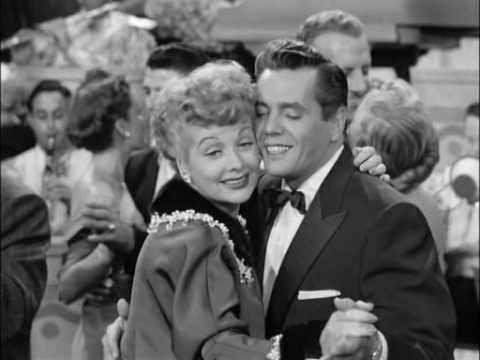 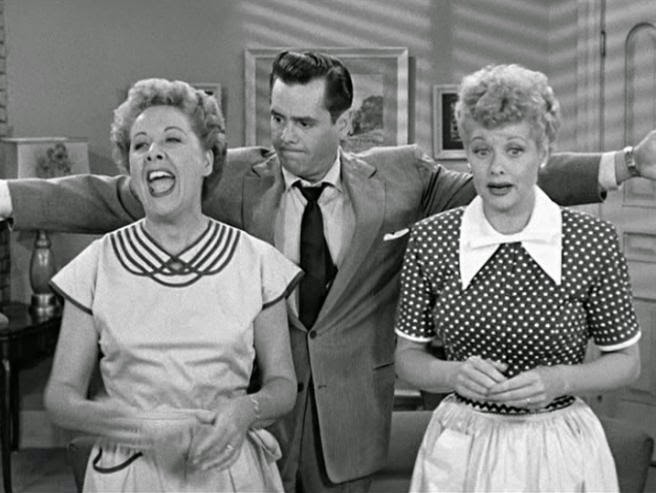 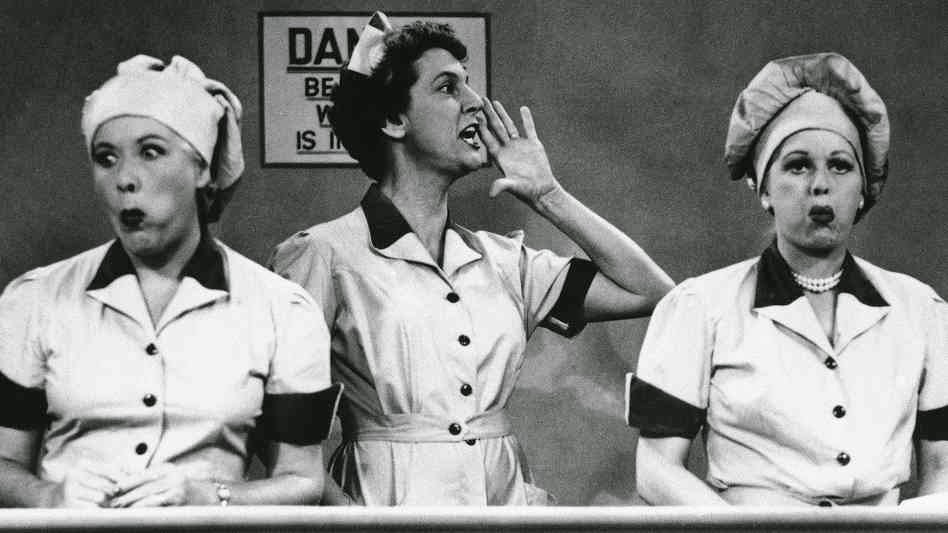 He was the only one of the four lead actors -- Lucille Ball, Vivian Vance and William Frawley -- who was never nominated for an Emmy.  Nor did he ever get a special Lifetime Achievement Emmy, which he really deserved.  That was a colossal oversight. 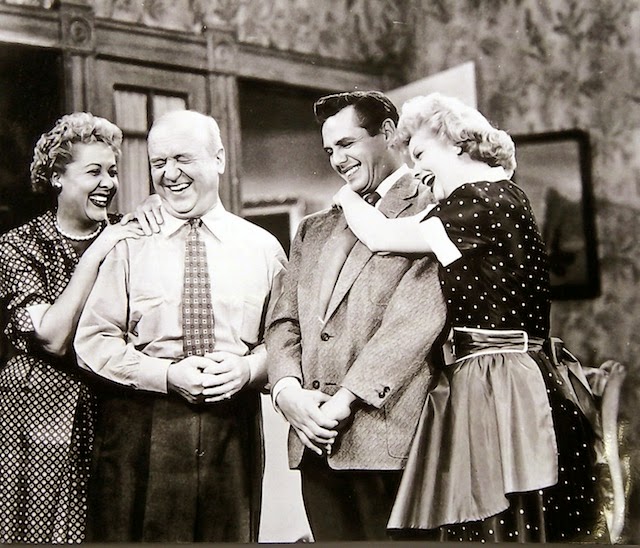 Ida Lupino was one of Hollywood's most respected new actress of the 1930s and 40s.  She could hold her own in dramas opposite Humphrey Bogart, John Garfield and Edward G. Robinson.  Her acting skills lit up the big screen in High Sierra, They Drive By Night, The Hard Way, The Sea Wolf, Moontide, Lust for Gold and Deep Valley. 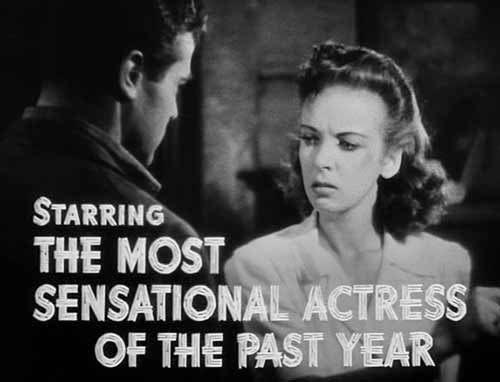 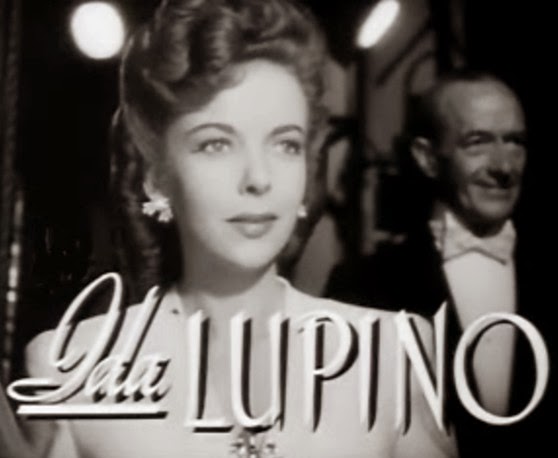 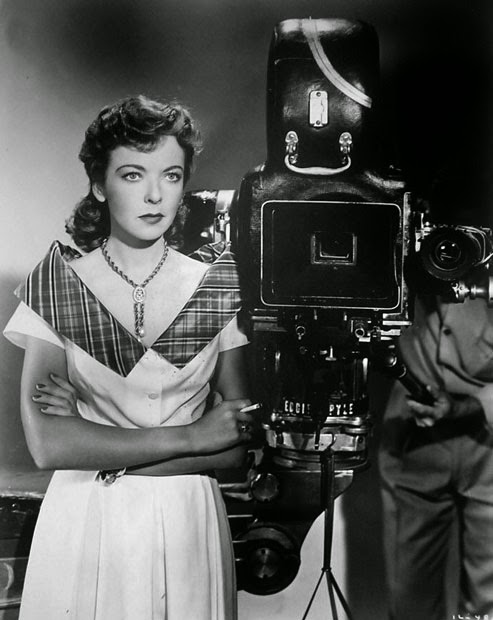 In the 1950s and 60s. while continuing to act. she took a major hammer to Hollywood's glass ceiling and became a respected director.  Her movies were tough, popular, usually came in under budget, and did well at the box office.  In the 1950s and 60s, Ida Lupino was the only woman directing primetime TV episodes -- and she directed a lot of them.  Her credits as a TV director alone are extensive.  She directed westerns, sitcoms, medical dramas, detective dramas and thrillers.  Some of the shows were The Rifleman, Have Gun-Will Travel,  The Twilight Zone, The Untouchables, Dr. Kildare, 77 Sunset Strip, The Fugitive, Honey West, Bewitched and Gilligan's Island.  In the early 1950s, she starred on a popular sitcom with her real-life husband too.  She and actor Howard Duff starred on Mr. Adams and Eve for 66 episodes starting in 1957.  She directed an episode of that too.  She was acting and directing on TV.  Ida was a definite pioneer in Hollywood.  She opened the door for other women directors in TV. 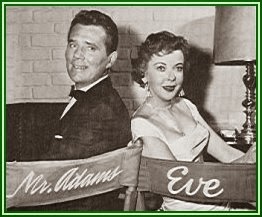 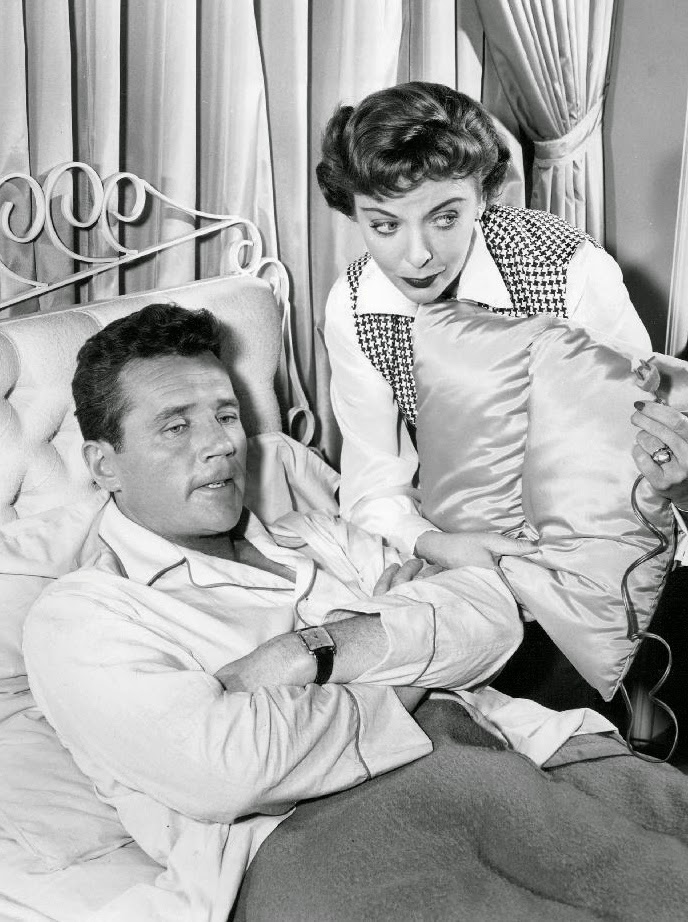 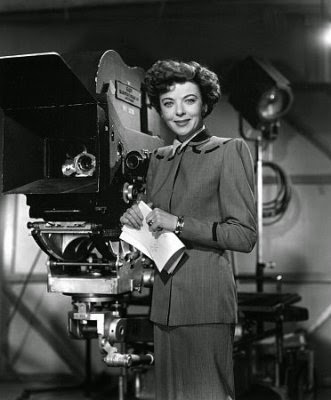 Ida Lupino opened the door for Joan Darling who directed the classic "Chuckles Bites the Dust" episode of The Mary Tyler Moore Show in 1975.

She was never given a Lifetime Achievement Emmy -- and she deserved one just like Desi Arnaz did. 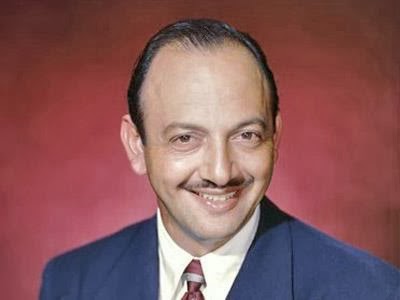 Mel Blanc was a genius of a voiceover actor.  I grew up hearing his brilliance in the classic Looney Tunes from Warner Brothers.  Bugs Bunny, Daffy Duck, Sylvester the Cat, Porky Pig ... wow.  He earned his title "The Man of a Thousand Voices."  For 50 years of work, he was truly an icon. 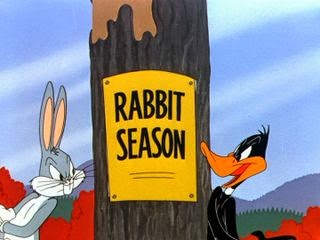 Each of his characters had a distinct sound and personality that we loved.  That was brilliant vocal acting.

He added his brilliance to network primetime animated series like The Flintstones... 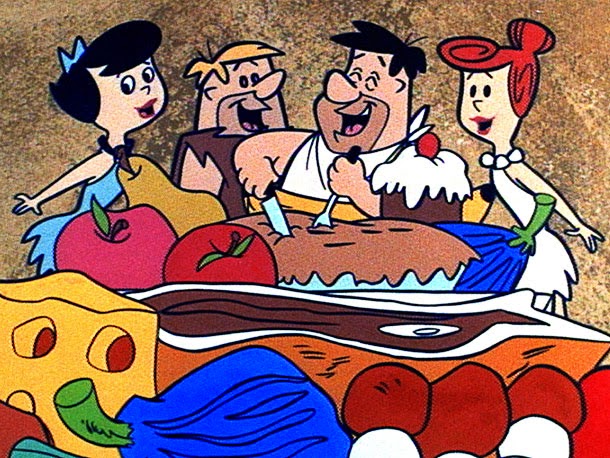 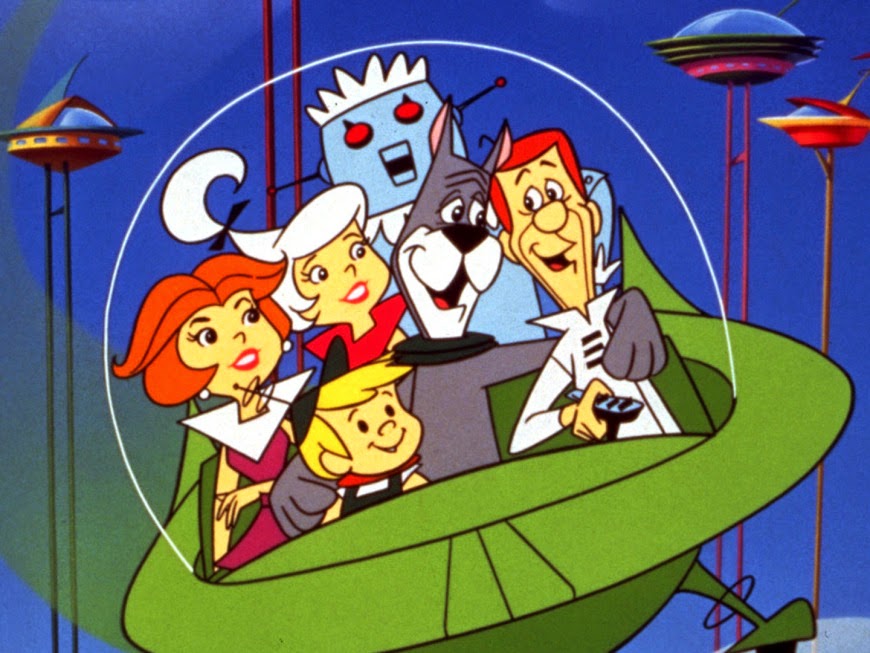 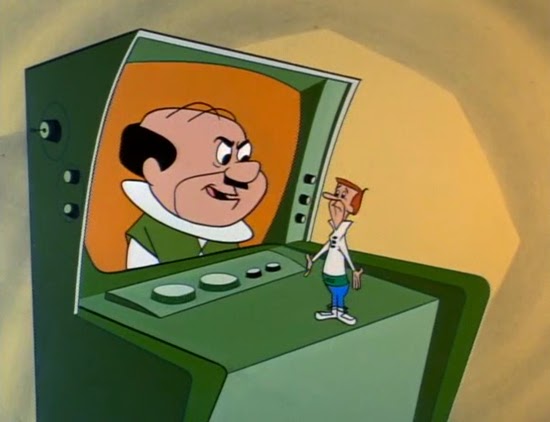 He also acted on the The Jack Benny Program sitcom.  He was a regular on Benny's radio show, playing a character and doing sound effects.  He was one of Benny's regulars on his hit primetime sitcom.  Mel Blanc brightened many a night and his vocal artistry brightened Saturday mornings for millions of baby boomers when they were kids.

Mel Blanc was never given a Lifetime Achievement Emmy.  He was never nominated for one.  That major oversight leaves me speechless. 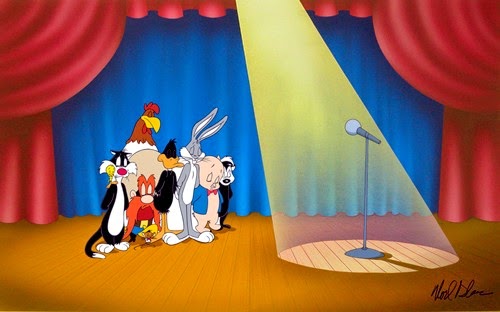 And there's the cast of the HBO prison series, Oz.  Did the TV academy just never see that show?  Such excellent acting from Rita Moreno, Lee Tergesen, Chris Meloni and others.  No Emmy attention at all.  That was the real crime. 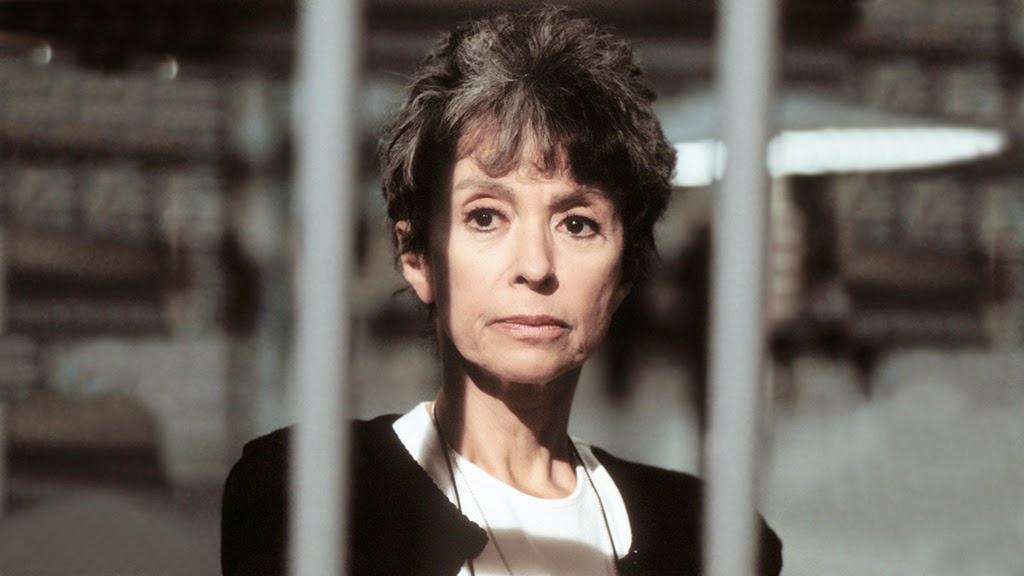 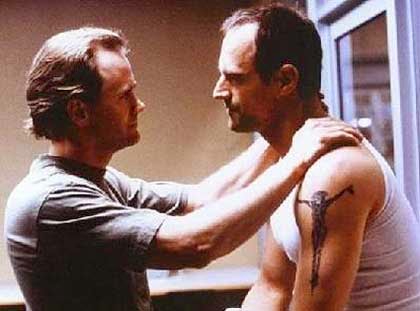 No cast member ever got an Emmy nomination for years of fine work on HBO's Oz. 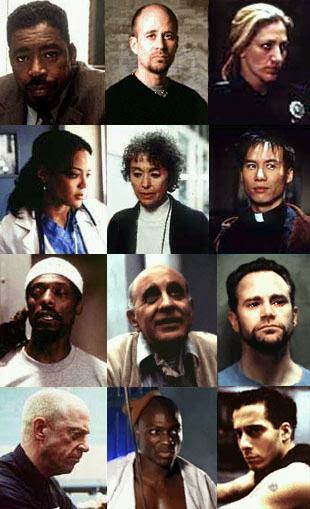 The same goes for the cast of the critically acclaimed HBO series, The Wire.  Snubbed. 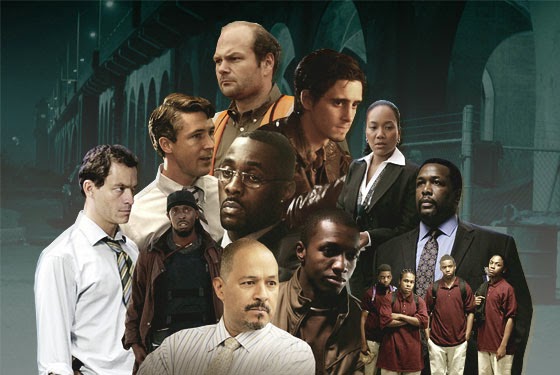 So, you see.  When it comes to being overlooked by the Emmys, James Spader is in some absolutely amazing company.