Deborah Kerr and EDWARD, MY SON

I know it's silly of me, but I delayed seeing Edward, My Son because of the title.  George Cukor directed this drama.  Spencer Tracy is the star.  Those two names right there should've been enough to glue me to a seat in front of the TV when it was airing, but it didn't.  I knew the action took place in England and I thought it would be two hours of "Young Pemberton!  Expelled from Cambridge?  Preposterous!"  I thought this George Cukor feature would be very classy but also very stuffy and slow. 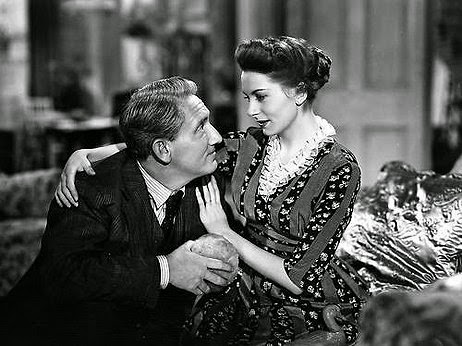 It's not.  Tracy is, as he usually was, excellent as a man whose ambition has made him wealthy but it's taken his soul to the dark side.  On the face of it, he does what he does to insure a good life for his young son.  As the years go on, that seems to be just as excuse for shady behavior.  I did sit glued to the TV screen watching the DVD a few days ago, eager to see if karma would bite that unscrupulous businessman in the backside.  The real knock-out -- and the main reason why I finally watched this film -- is Deborah Kerr. 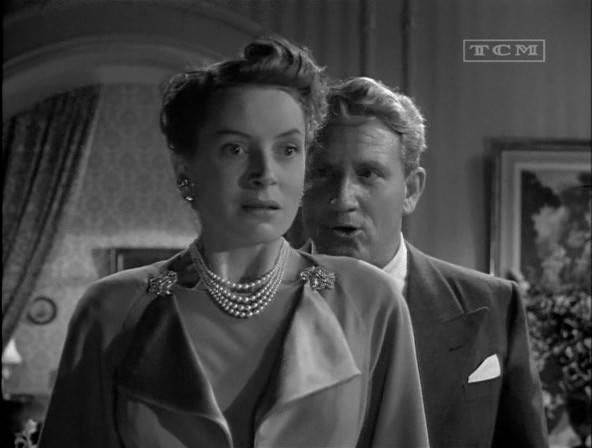 Oh, man, is she good in this.  If you're familiar with Old Holywood, you know that George Cukor was known for being "a woman's director" because he directed so many actresses to give some of their finest screen performances.  Jean Harlow in Dinner at Eight, Greta Garbo in Camille, Katharine Hepburn in Little Women and The Philadelphia Story, Ingrid Bergman in Gaslight, Judy Holliday in Born Yesterday, Judy Garland in the first remake of A Star Is Born and -- for 1939 -- The Women starring an all-female cast headed by Norma Shearer, Joan Crawford and Rosalind Russell are a few examples.

Yes, Cukor distilled the essence of some top star ladies onscreen.  But he did well with men too.  James Stewart for The Philadelphia Story, Ronald Colman for A Double Life and Rex Harrison for My Fair Lady all took home Best Actor Oscars for those films directed by George Cukor.

Cukor directed Deborah Kerr to the first of her six Best Actress Academy Award nominations.  After 1949's Edward, My Son, she would be nominated for From Here To Eternity (1953), The King and I (1956), Heaven Knows, Mr. Allison (1957), Separate Tables (1958) and The Sundowners (1960).  After six Oscar nominations and no win, Deborah Kerr was awarded the Honorary Oscar in 1994 for her long, distinguished film career.  Kerr did not get a nomination for the film role that so many females loved -- including my mother and women in Sleepless in Seattle -- her role opposite Cary Grant in An Affair to Remember (1957).  Nor did she get one for her work as the conflicted nun in an exotic, sensual location in the British classic, Black Narcissus. 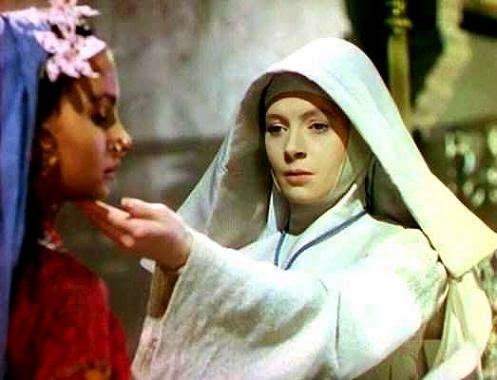 In Old Hollywood, Kerr racked up six Oscar nominations over the course of her long film career.  And there should have been a seventh.  I feel that her performance as the governess in the supernatural gothic haunted house tale, The Innocents (1961), is just about the most outstanding performance of her film career.  Absolutely brilliant and this suspenseful psycho-sexual horror story is worth renting. 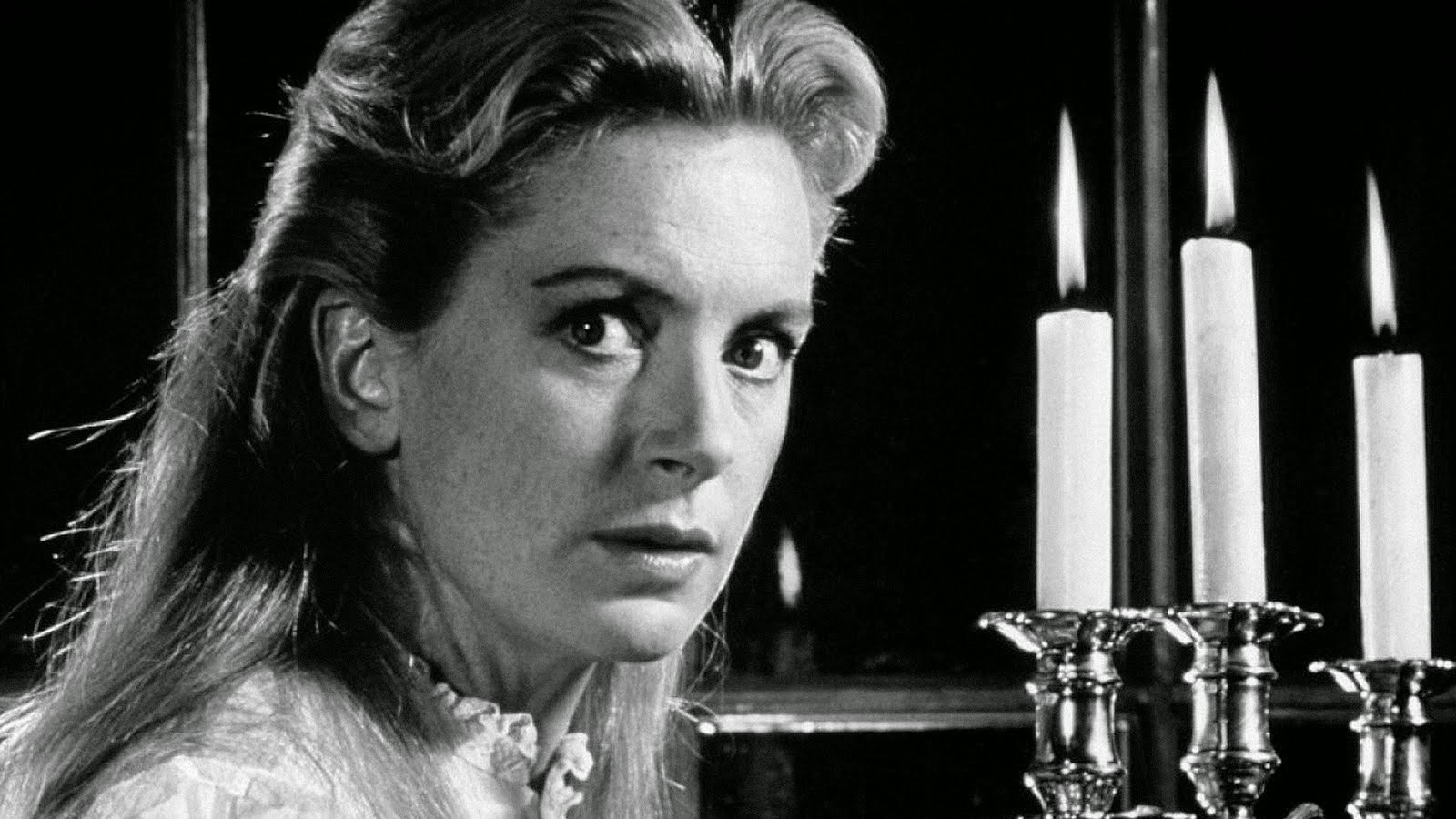 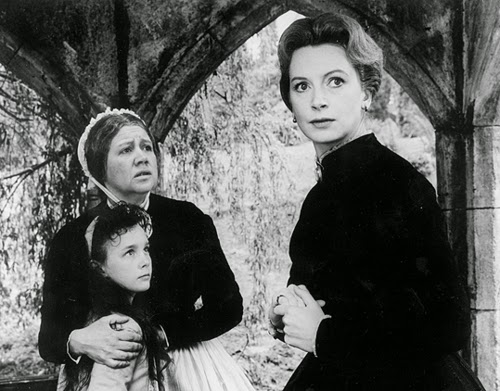 Think about it.  Kerr got six Oscar nominations and then was given the Honorary Oscar.  Amy Adams, a relative screen newcomer compared to Kerr's long career, already has five Oscar nominations.

Kerr is Edward's mother in the George Cukor film, married to Spencer Tracy's character.  We meet them when husband and wife are happy and Edward is a baby.  She is a loving, spirited, proper wife and mother.  The father's dream to assure a good life for his son becomes a ruthless, uncontrollable hunger that takes its toll on the marriage and friendships.  Edward's father becomes a real bastard.  People die because of him. 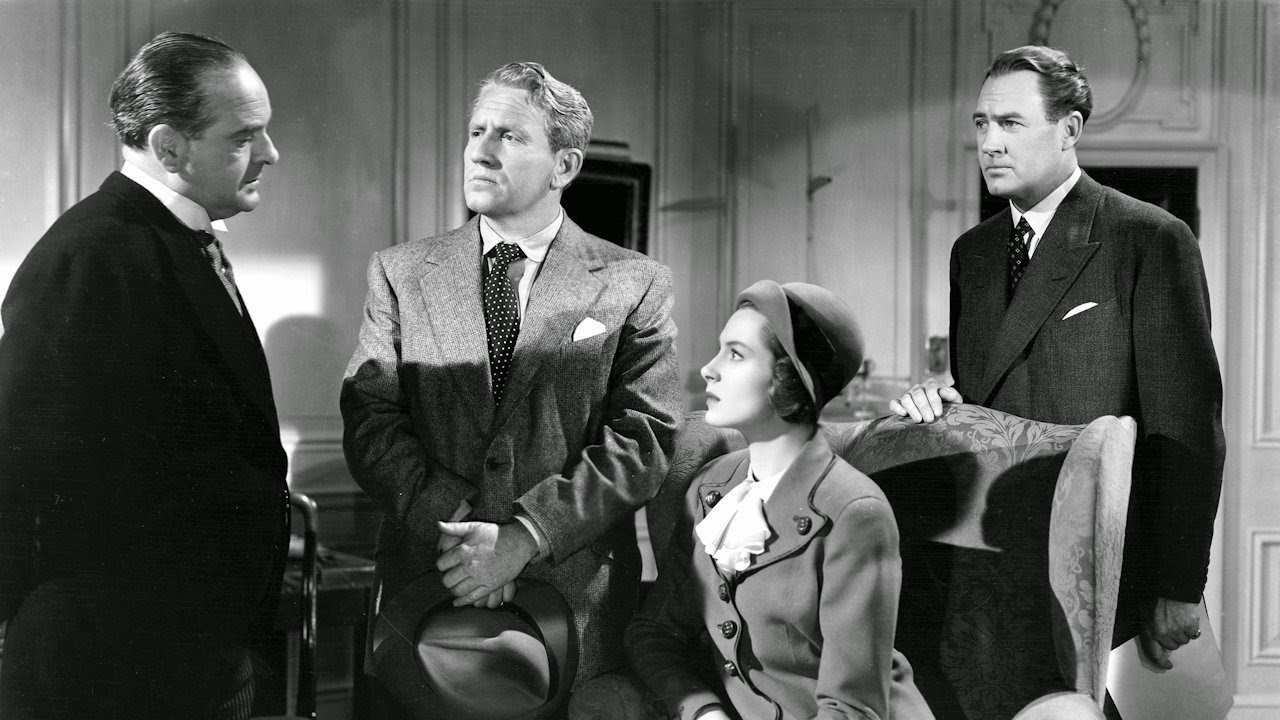 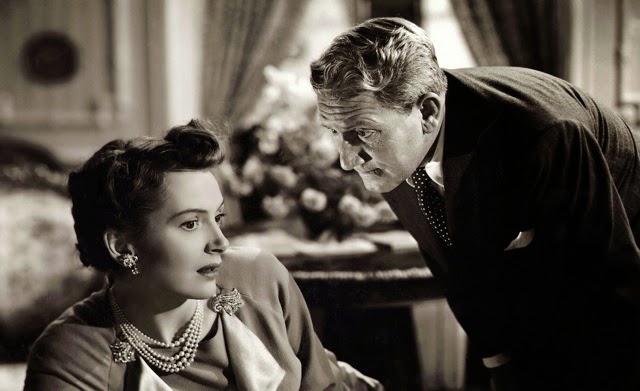 At least twenty years pass in the action.  The scenes after 1941 when Edward's mother has had one drink too many are the ones that grabbed my heart.  I will not tell you any more.  You have to see it for yourself and experience that heartbreak, disappointment and the touch of vulgarity she brings to the scene.  It's all so right for her overwhelmed character.  That vulgarity gives the scene power, sadness and, above all, realness.  Those are the scenes that, I'm sure, got Deborah Kerr that first Oscar nomination.  The relationship between husband and wife in Edward, My Son is a bit like that between the Wallace Berry and Jean Harlow character's in Dinner at Eight.  The husband is a shady, ruthless businessman and the wife is aware of his crooked dealings.  But, in 1933's Dinner at Eight, tough blonde Kitty as match for her husband and calls him on his game.  She's just as ballsy as he is.  Edward's mother lacks Kitty's toughness.  She's no match for her morally blind husband.

Deborah Kerr just had that little something extra from the beginning of her film career in Great Britain. She has a supporting role as Salavation Army worker Jenny Hill in David Lean's 1941 religion vs. money satire, Major Barbara, written by George Bernard Shaw and starring Wendy Hiller in the title role.  Kerr doesn't try to be showy in her performance but she just had that quality that made you remember her the way you did the star of the film.  She's very good as the raped daughter who also endures an emotionally abusive father in 1942's Hatter's Castle.  James Mason played the one man who seems to care and respect the sweet, troubled young woman.

If Hollywood had wanted to give Deborah Kerr and Oscar nomination before Edward, My Son, all it had to do was look at the three roles she did in The Life and Death of Colonel Blimp, another British classic in gorgeous color from Michael Powell and Emeric Pressburger.  We start at the World War 2 years in a men's steam room and go back over 40 vivid years in the life of a British officer.  Deborah Kerr is wonderful in this film, one of Martin Scorcese's favorites. 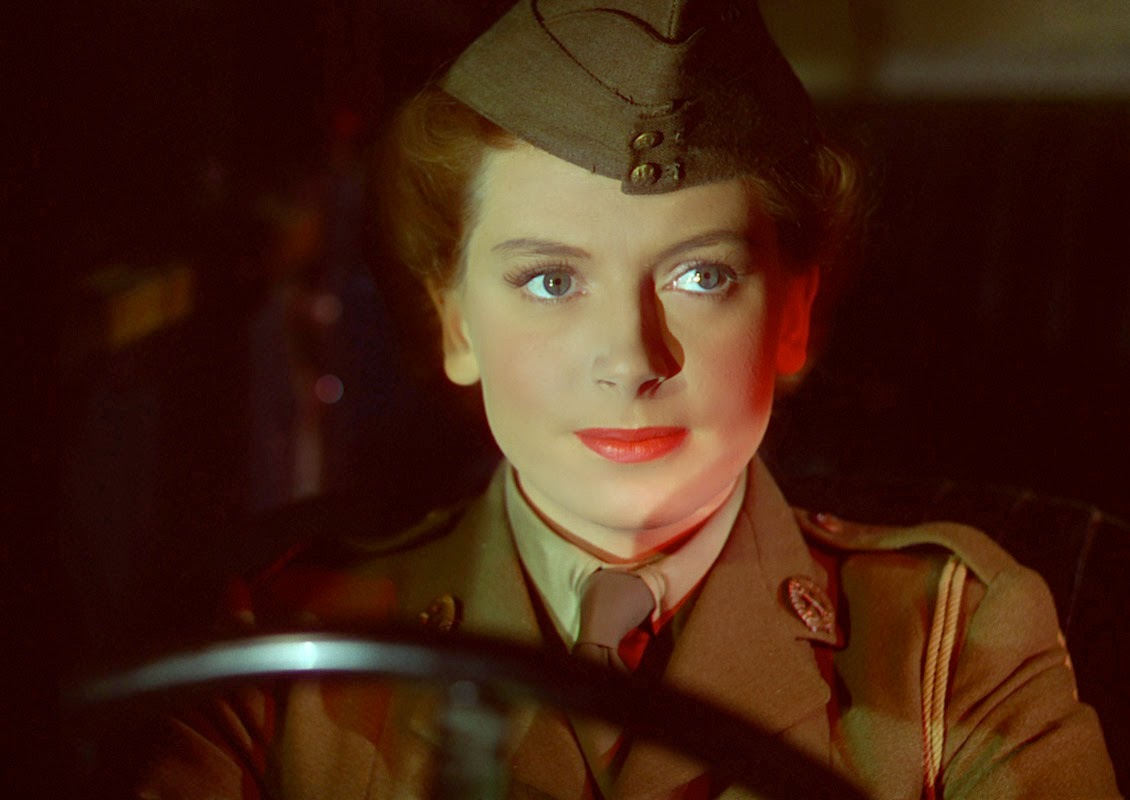 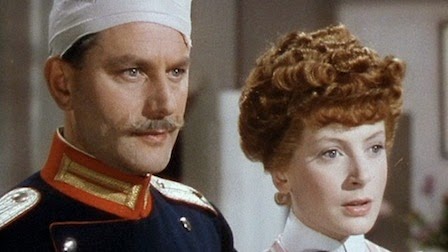 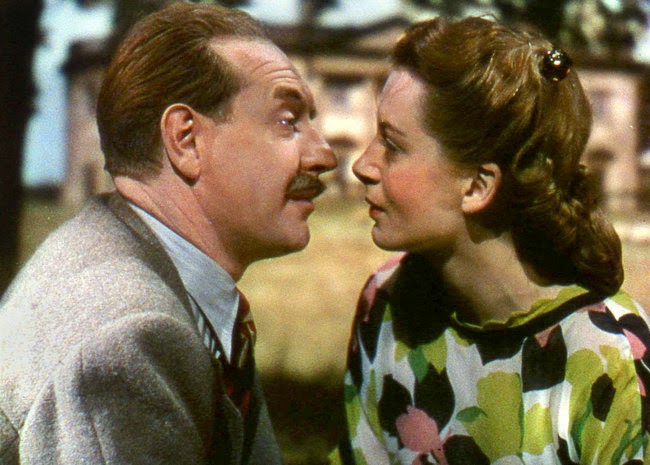 If you're a Deborah Kerr fan and never saw the 1949 Cukor film, see it to experience what earned this gifted actress her first Oscar nomination. 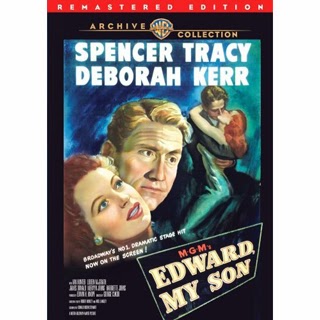 But thank goodness we see Deborah Kerr.  She was quite an extraordinary actress.