In this post, I honor the art of two actors -- the late Meshach Taylor of Designing Women and Oscar winner Lupita Nyong'o.  Their stories connect in a way.

Terry Gross is the longtime host of Fresh Air National Public Radio.  When notables die, she will usually remember the person by playing a segment of an interview conducted years ago that is in the show's archives.  On Monday, July 7th, Terry Gross played archive segments of fabulous interviews with two fabulous artists -- director/writer/actor Paul Mazursky and actor Meshach Taylor.  Both men had recently passed away. 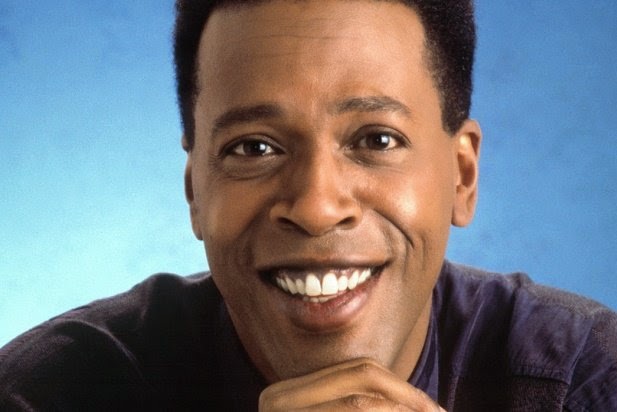 I loved Meshach Taylor on Designing Women.  He had fine comedy skills and wonderful chemistry with Delta Burke on that sitcom.  He often made me howl with laughter.  The big surprise in the interview with Terry Gross was hearing him reveal that his character, Anthony, was not written for a black actor.  There was no specific race attached to Anthony in the audition scripts, but white actors were automatically submitted by agents to test for the part.  Taylor's agent pushed to get him an audition, convinced that he had the talent to play the sitcom character.  The rest is CBS sitcom history.

Meshach Taylor made that role unmistakably, undeniably his own. 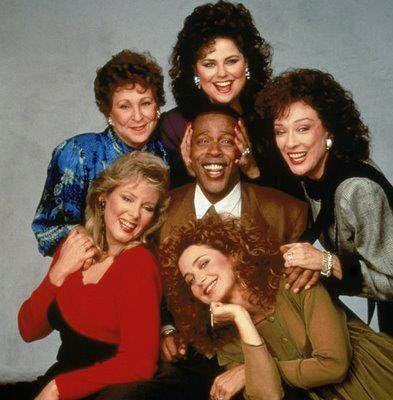 Agents get what are called casting "breakdowns."  When auditions are being held and actors are needed, a break down of the parts being cast for the sitcom, drama, TV commercial or whatever are sent to the agents.  They agents read the description of the characters think of what actors could play the part and submit them for the auditions.

In that 1990 interview, Taylor basically said that, had it not been for his keen-witted agent who thought "outside the box," he never would have gotten that audition.  Because, unless the break down or script says "African-American" or "Latino" or "Asian," many agents will automatically submit white actors.  I heard Shonda Rhimes address that same thing about her Grey's Anatomy.  She said that she wrote her project without attaching specific races.  She wrote people.  BUT...come audition time..she was seeing mostly white actors enter the room and she was not pleased about that.

I had a terrific TV commercial agent who was just like Meshach Taylor's agent.  She was my agent for 12 years.  Only her death parted us.  I got lots of TV commercial work because she made people see me.  Once they let me audition, it became evident that a black guy could be a movie host, sound like a California surfer dude in a radio commercial (I grew up in Southern California, by the way), play a librarian who needed Advil,  play a TV weatherman, etc.  Linda, my late commercial agent, made people think "outside the box" and let me, at least, audition.

My broadcast TV and theatrical (acting) agents were not as keen as Linda, bless their hearts.  Like Taylor said, I would only get submitted if the breakdowns said "African-American."  Consequently, I did not get submitted a lot and had to find my own work.  Broadcast agents said "I wouldn't know what to do with you."

I loved my VH1 talk show host job in the late 1980s.  If a breakdown had been sent out to agents saying  "Host needed who can interview Hollywood movie legends and new actors, music stars and noted authors for prime time national show," I never would have been submitted -- unless it also said, "...seeking African-American."  I got the gig based on my experience and skills.  A top VH1 executive was familiar with my work and contacted me directly.  I am still grateful to him.  I had no broadcast agent.  When my talk show was new, this happened: 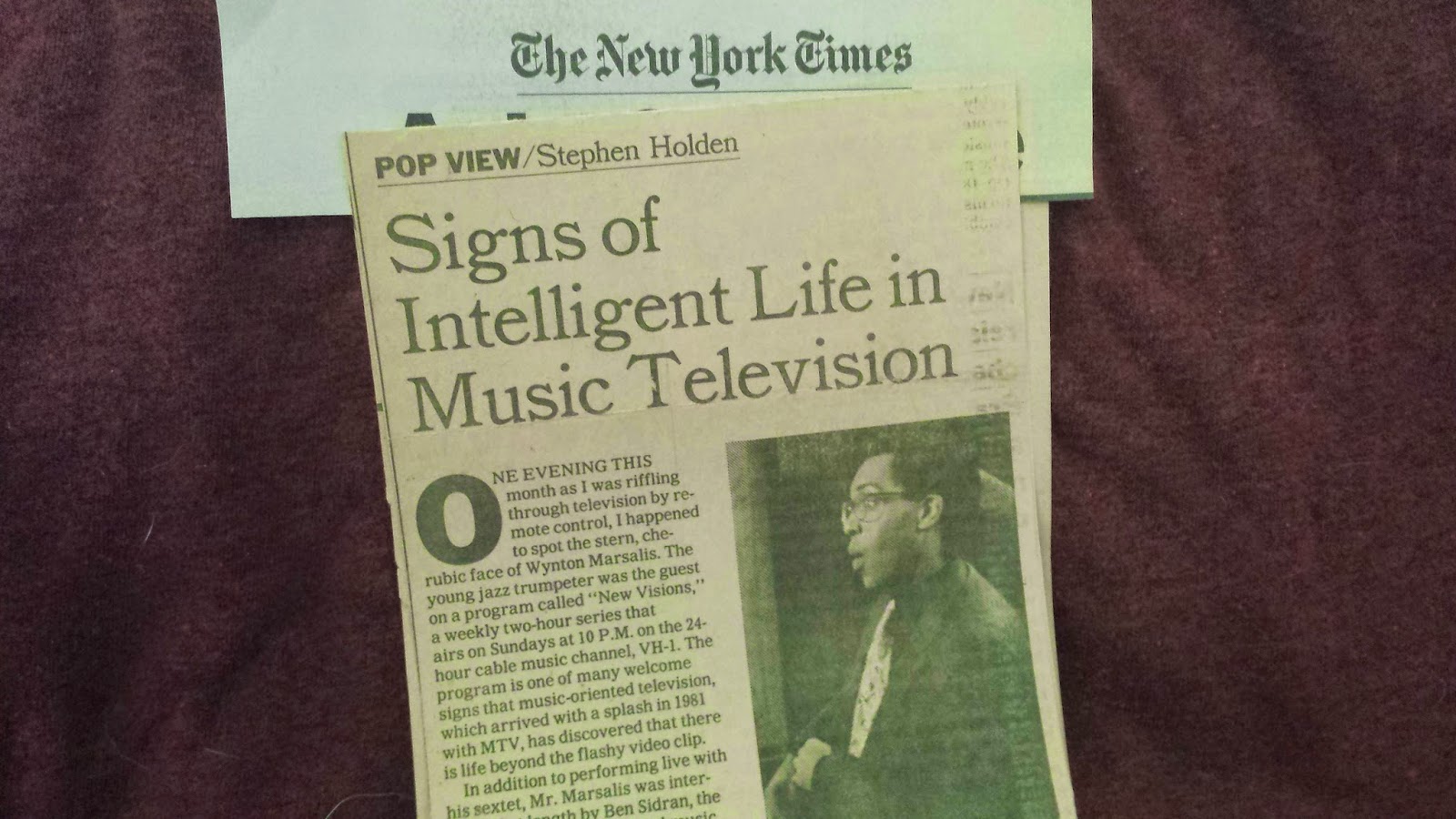 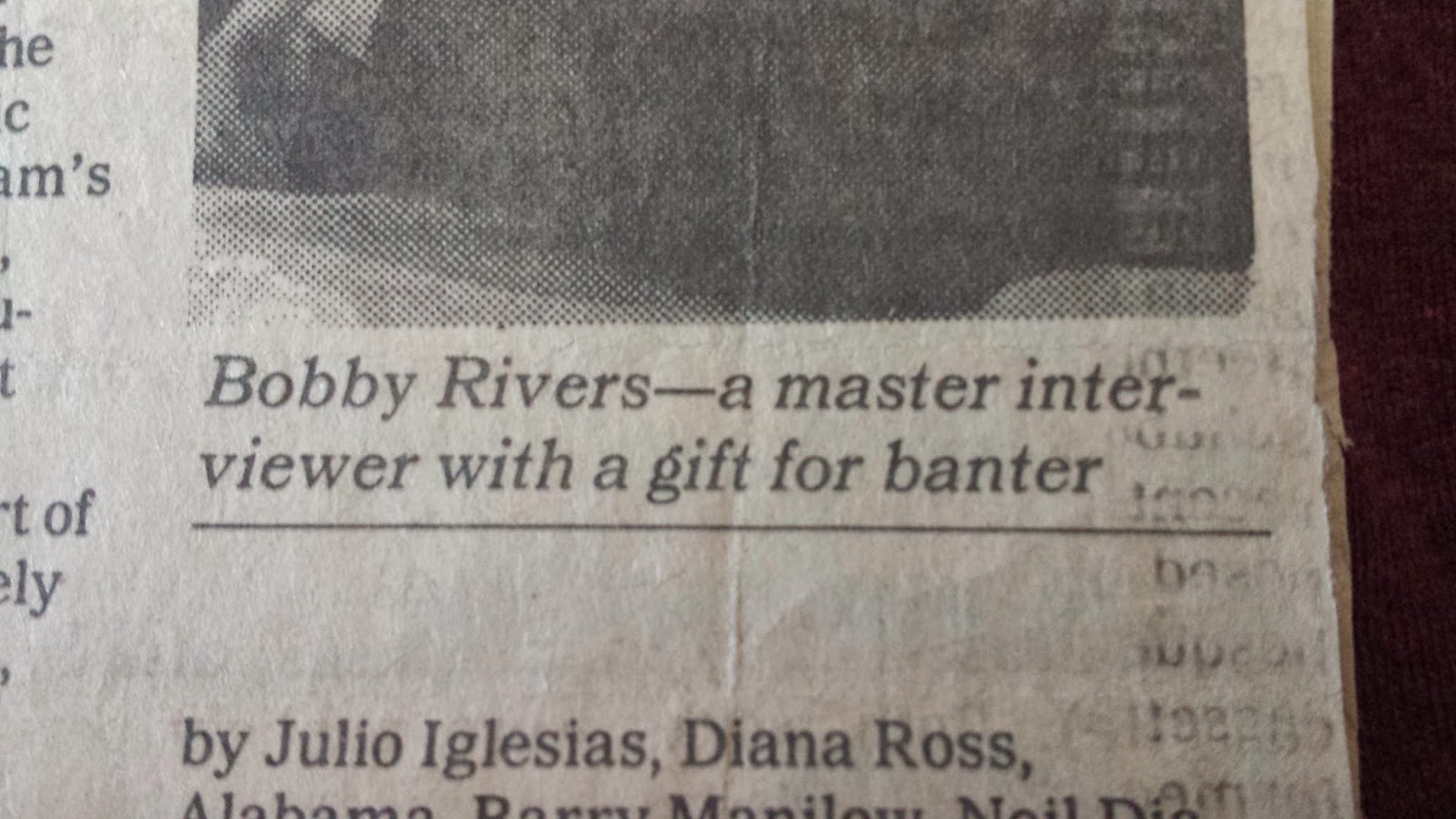 Even after that sweet write-up in The New York Times. broadcast agents still turned me down saying "I wouldn't know what to do with you."  I doubt the same thing would've happened to Billy Bush, Carson Daly, Rosie O'Donnell or even a Kim Kardashian.  Again, I had to get my own future TV employment and land my own TV host auditions.

My TV commercial agent, thankfully, helped me land commercial acting work that helped me pay the rent.  As for steady broadcast TV jobs, I took the work offered -- and that was in New York City local news as a part time weekly contributor.  For minority performers, if agents aren't submitting you, if casting directors and producers aren't aware of your talents, you need to figure out a way around and through your possible color barriers.  You need to network yourself, market yourself, keep exercising your craft and -- if you're not lucky enough to have your own production company -- do something to keep yourself in the public eye or ear.  For me, that was the local morning news program work in New York City through the 1990s and, later, hosting a weekly show on Food Network.  (I got that on my own too.  I booked it and signed a contract just two months after my ex-broadcast agent dropped me saying "I can't get you work.  You're not a celebrity."  My Food Network show, Top 5, aired from 2002 to 2008.

When I hear that it is still hard for black and Latino actresses to find scripts -- even after they've got an Oscar nomination to their credit -- I often think part of the problem is agents and other industry figures not thinking creatively.  Remember 1987's Lethal Weapon?  Director Richard Donner was set to cast Brian Dennehy when renowned casting director Marion Dougherty pitched Danny Glover, reminding Donner that there was no specific race attached to the character in the script.

My Sirius Radio host friend, Keith Price, showed me an Entertainment Weekly article about Lupita Nyong'o.  The article was called "Why Can't Lupita Nyong'o Find a Role Worthy of Her?"  Reporter Mark Harris wrote it April 30, 2014.  You can find it online.

Harris mentioned Viola Davis:  "Remember all the lead movie roles Davis got after The Help? Me neither."  About N'yongo, who's reportedly been cast as an exotic animal mother in a slated remake of The Jungle Book, Harris wrote "...I am, however, judging the producers, executives and casting agents who sit in meetings and say 'Lupita Nyong'o?  Yeah, she was amazing in 12 Years.  And she'd certainly be an interesting flavor for this part, but maybe just a little...outside the box.  You know who'd  be a really interesting flavor?  Emma Stone.'"  He felt Hollywood still viewed her as a "slave" or as an "exotic" which limits the script offers for the Yale-trained actress. 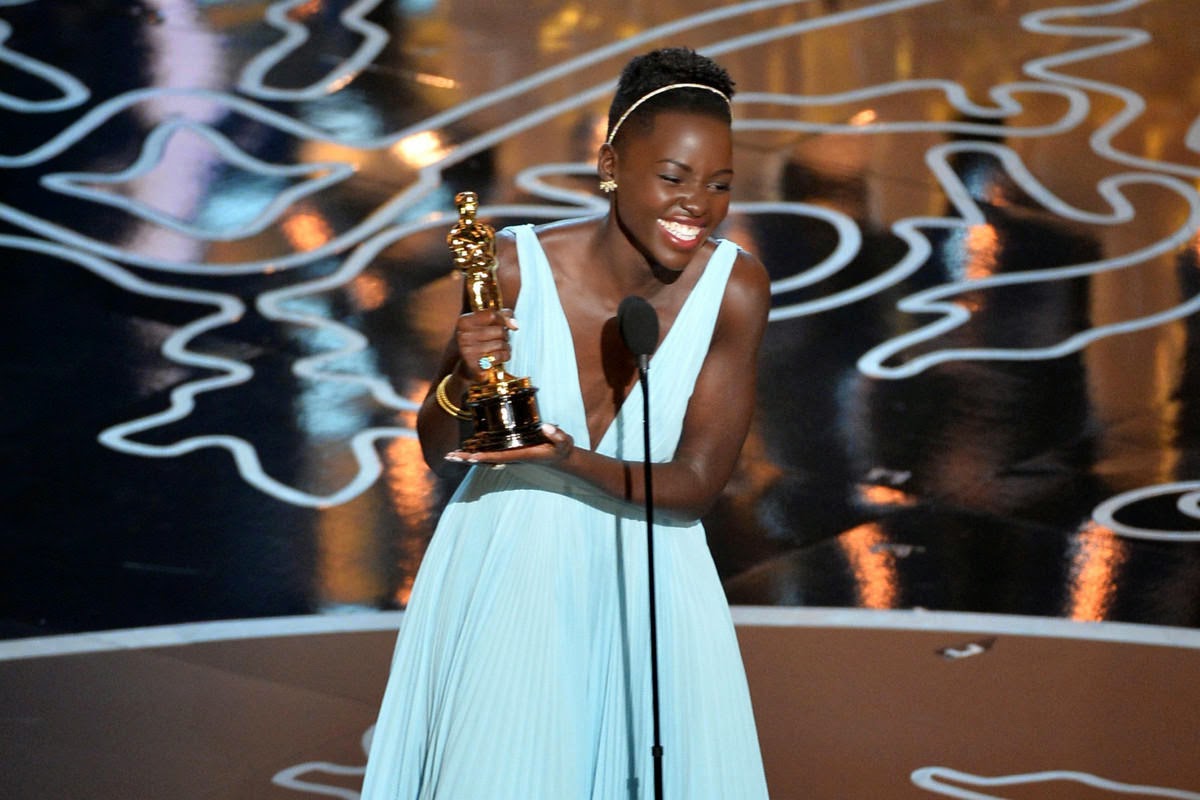 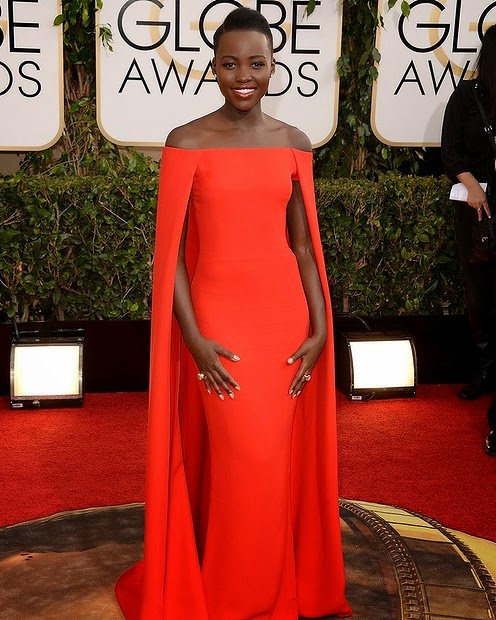 Personally, I never got a second offer to host another national entertainment talk show.  And I really, really wanted one.  My celebrity interview skills got me auditions for E! Entertainment Television host work.  I was told my auditions were excellent but they wanted to go with someone who had "male model looks."

Here's a little help for Hollywood if folks are stuck on ideas for the Best Supporting Actress Academy Award winner:  They've already been remade but two classic Audrey Hepburn films would be a perfect fit for Lupita.  Lupita as the British chauffeur's insecure daughter on a Long Island estate who goes to Paris, finds herself, finds some fabulous fashions and returns to Long Island to become the belle of the ball.  She's romanced by a millionaire's son whom her father drives to work.  Lupita would make a lovely Sabrina, the character Audrey Hepburn played in the 1954 Billy Wilder romantic comedy. 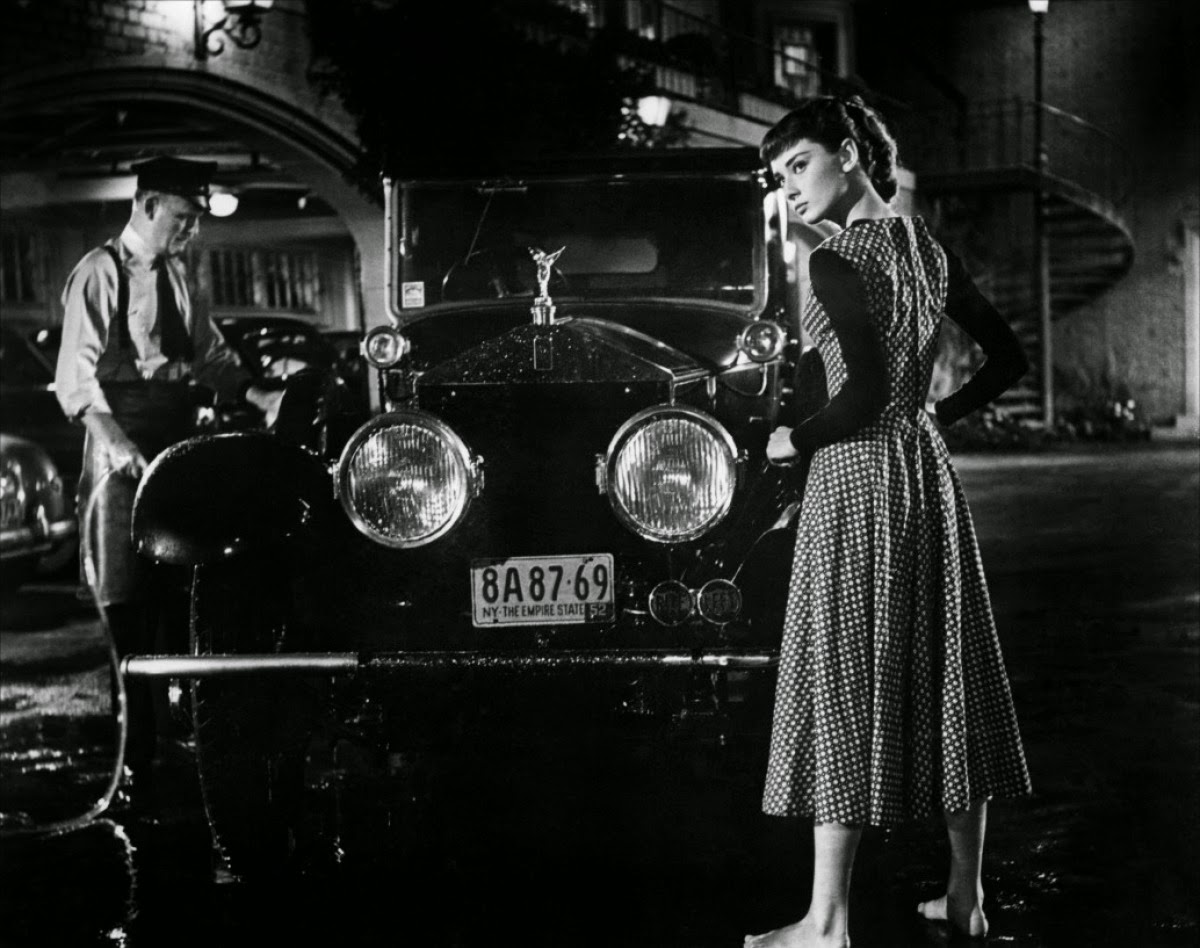 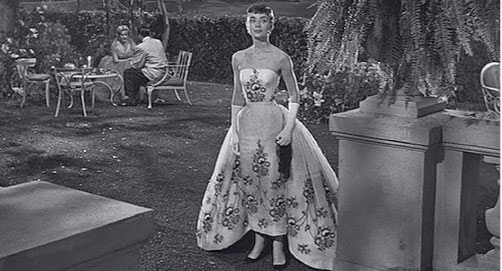 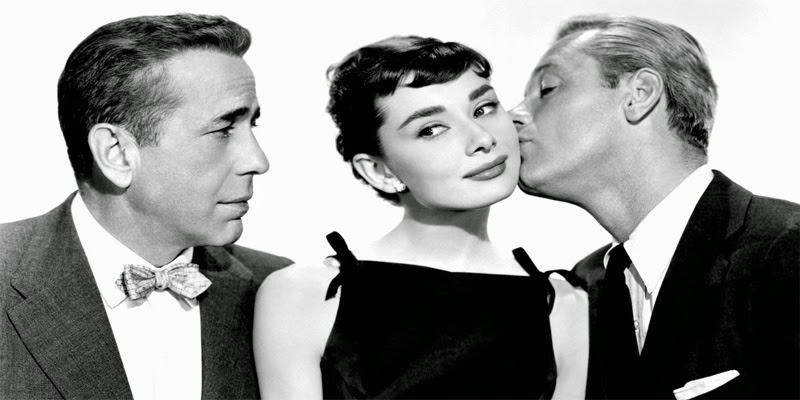 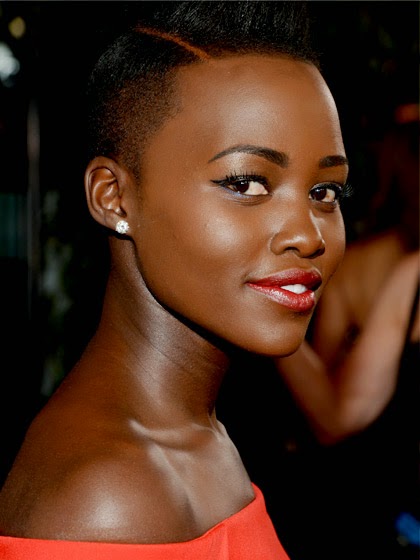 Or put her in new version of Audrey's sophisticated murder mystery, Charade, Stanley Donen's fine film that gave us the sweet sight of her opposite Cary Grant. 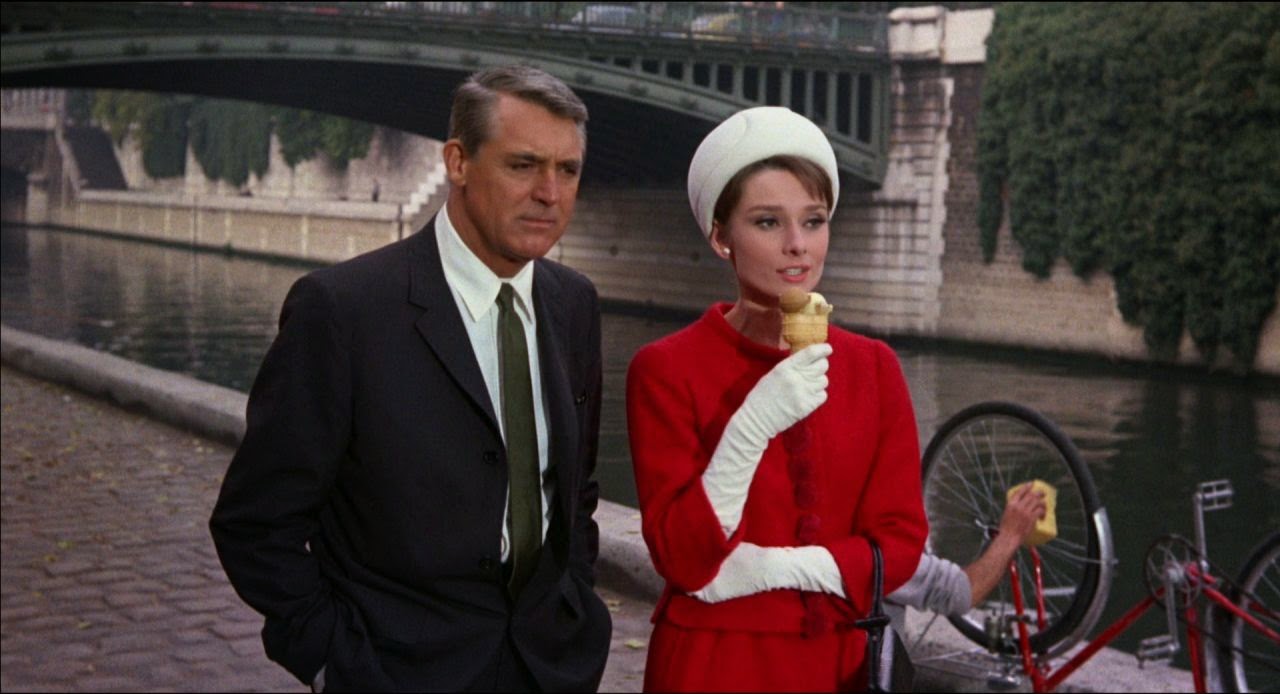 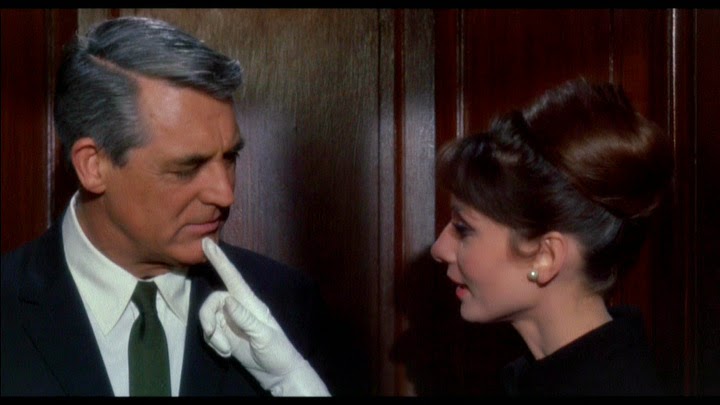 I don't know if this Audrey Hepburn film has been remade but it could be delightful for Lupita.  Audrey Hepburn and Peter O'Toole starred in the romantic art heist caper How to Steal a Million directed by William Wyler.

A  film genre waiting to be tapped more is that of the female private eye.  Less than half a dozen adult actresses have played female private investigators on film for Hollywood.  During my VH1 years in the late 1980s, a movie publicist buddy in Hollywood asked me if I had any ideas for movie franchises.  I suggested taking one of my favorite TV shows from my youth and adapting it for the big screen.  Beautiful Anne Francis played the hip, no-nonsense and karate chopping private eye named Honey West on ABC.  She was just too cool.  I suggested starring Michelle Pfeiffer as the movie Honey West. 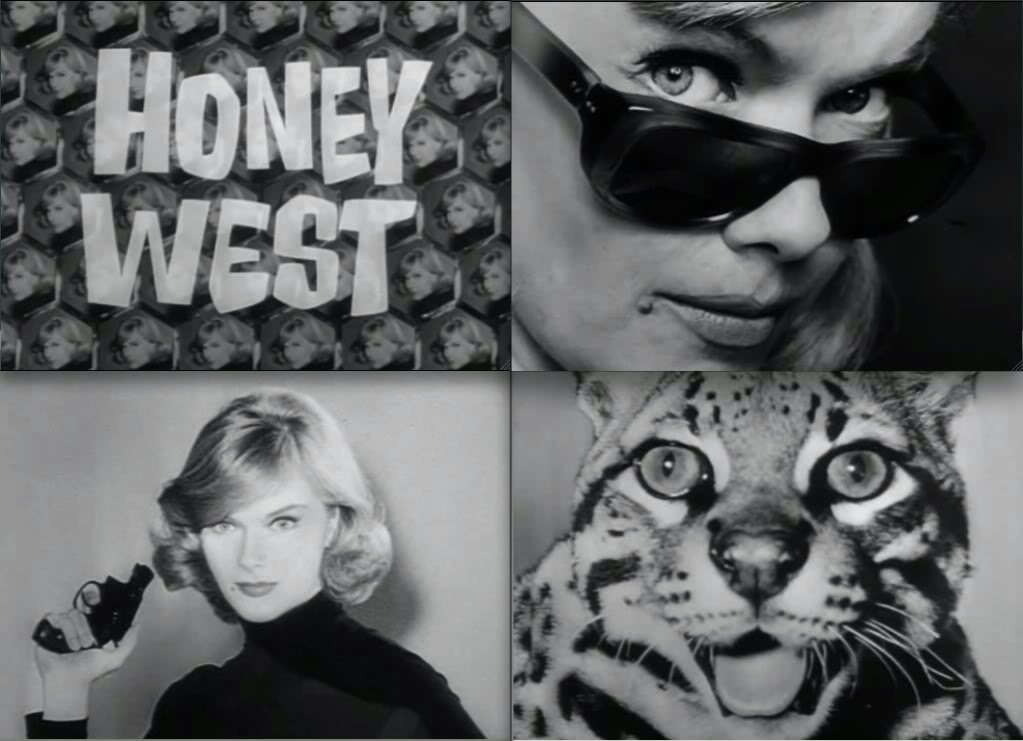 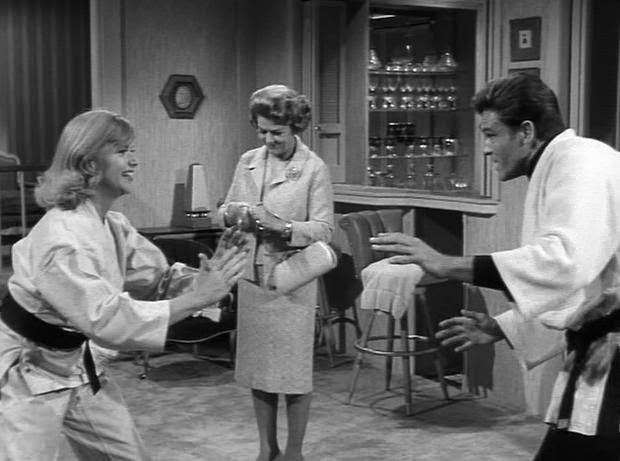 What about Lupita as the private eye?  I think she'd be a delicious Honey West.  And that could be some fun summer action with a female lead/hero. 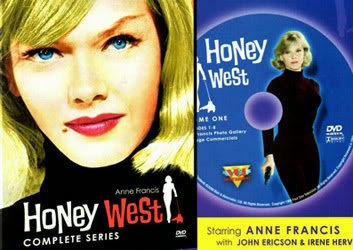 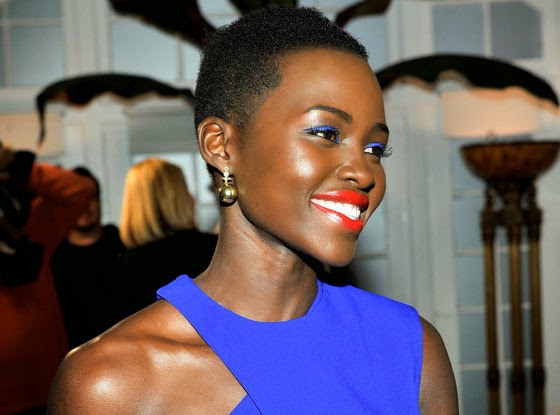 Like Meshach Taylor did in the 1980s, Lupita needs Hollywood to see the multi-cultural world around it and reflect that in its casting opportunities.  If Hollywood execs need some ideas to get them started, have them call me.  Love me some La Lupita.

To hear the archive Terry Gross interview of the late Meshach Taylor, look for the *shows* section and find Fresh Air after you go here:  npr.org.