Pilots and Past Gigs

Happy Labor Day weekend from a proud union member.  I belong to SAG-AFTRA and I've got the card to prove it. 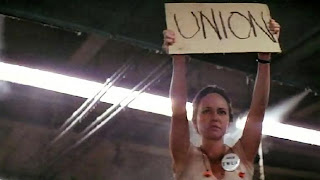 For your amusement and entertainment (I hope), I assembled bits of film-related projects I've done in my pursuits of future employment plus some footage from a previous gig.  Call it The Bobby Rivers Labor Day Weekend Blog Show.

Let's kick it off with a short clip from last year.  In a pilot for a possible PBS film review/interview show, Gene Seymour and I discuss a romantic comedy starring Chris Rock and Julie Delpy.  She also wrote and directed 2 Days in Manhattan.  The two stars play a New York City couple dealing with a visit from her loopy French relatives. 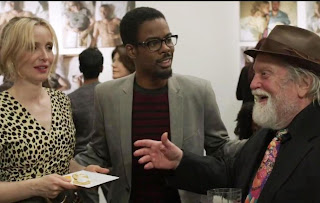 A few years ago, when I was a few pounds thicker, I had an absolutely fabulous experience in the Atlanta area.  That's where I co-hosted a pilot shoot for a possible movie-based travel and history show.  It was a pleasure and privilege to work with that crew and, especially, the wonderful Widdi Turner.  She was my co-host.  We visited the house of the woman who wrote a best-selling novel that made pop culture history.  The film adaptation made Hollywood history.  Margaret Mitchell wrote Gone With The Wind. 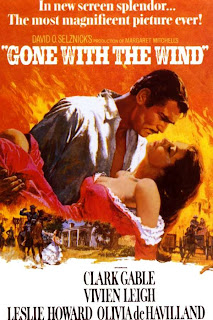 We hit the road to Decatur, Georgia for some Irish cooking.  This bar/restaurant was picked to be a location in a Tyler Perry movie starring Janet Jackson.  The untimely death of her brother, Michael, changed the schedule.  We got the story at The Marlay House.
For a national cable TV show, I shot and wrote a short feature on Bessie Nelson.  You may not know who she is but Beyoncé does.  Cast members of A Chorus Line do too. 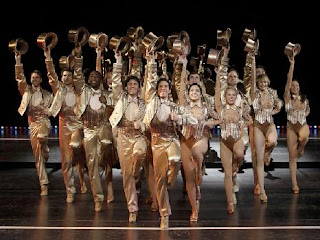 To conclude, here's a DVD movie rental tip for this weekend.  I was the entertainment editor on the ABC News/Lifetime TV show called Lifetime Live.  I had the honor to work with the truly radiant Dana Reeve, wife of actor Christopher Reeve.  She was one of the brightest lights that ever came into my life.  And she loved talking about movies.

I wish you an excellent Labor Day weekend.  I hope you see me on TV again soon. 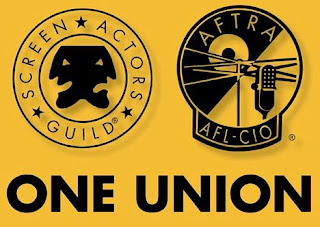