If James Stewart had racked up a sixth Oscar nomination for Best Actor in his film career, one should have been for his performance as the occupationally and romantically obsessed private detective in the Alfred Hitchcock 1958 classic, Vertigo.  If you get cable's Turner Classic Movies, Vertigo airs on TCM Thursday September 5th at 9pm Eastern/6pm Pacific.  This is one psychological thriller.  There's love, death, mystery, duplication and animation in Vertigo plus a peak performance from James Stewart. 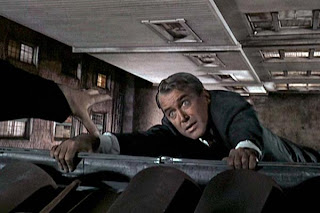 If this had been a Hitchcock reality show for TV, it could've been called When Good Beauty Makeovers Go Bad.   If you've seen this film, you all know exactly what I mean. 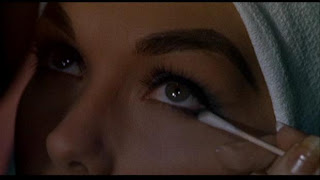 The action takes place in San Francisco.  Ever been to San Francisco?  It's basically a giant StairMaster with a wine rack.  But the detective has a car so he doesn't have to climb all those hills on foot.  "Power and freedom" are two strong elements in the story.  That phrase is mentioned by the husband who constructs a situation for his friend, the private eye who was traumatized by heights, to solve.  Notice that there is literally construction going on outside the office as the husband, Gavin Elster, tells about his wife's unusual behavior.   The Mrs. is Madeleine and she's obsessed with the past. 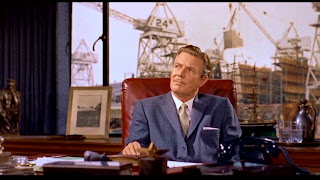 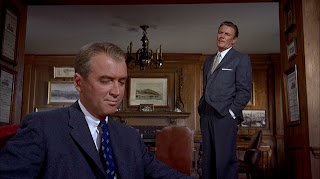 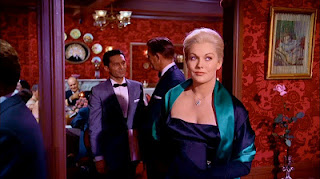 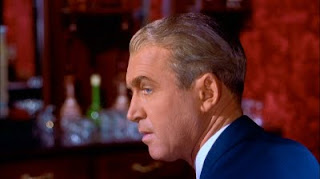 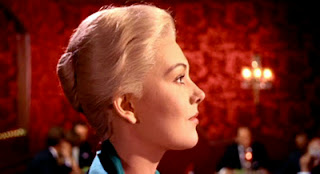 The detective who has a fear of heights falls in love with what we sees.

There's a duality of characters in the film.  John is also Scottie.  Judy the shopgirl takes on another identity. She'll be a lost love.  In movies, mirrors are great for reflecting duality. 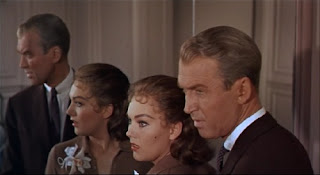 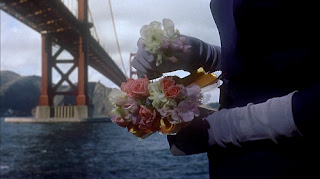 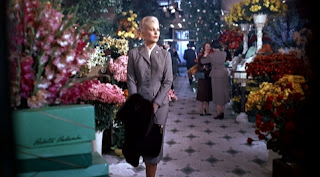 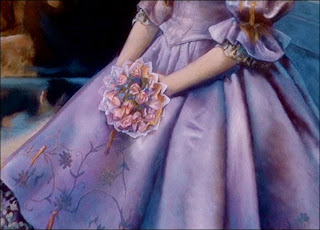 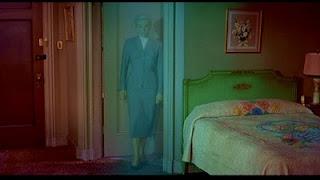 Vertigo co-stars Barbara Bel Geddes.  She gives great support as Midge, the intellectual gal pal who seems so have some romantic longing for Scottie.  Midge has more brains than allure.  She's sort of a grown-up version of the bookworm little sister in Hitchcock's Shadow of a Doubt (1943), seen on the far right of the black and white middle photo. 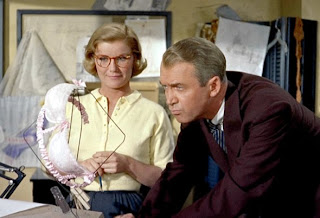 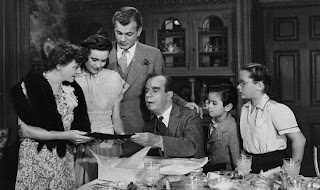 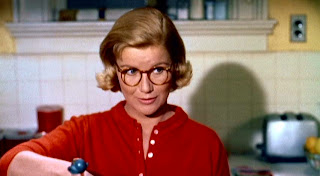 On Broadway, Barbara Bel Geddes originated the role of Maggie in Tennesse Williams' Cat on a Hot Tin Roof.  Ben Gazzara, who starred opposite James Stewart in Anatomy of a Murder (1959), played Brick.  That courtroom drama brought Stewart his last Oscar nomination.  He won Best Actor for The Philadelphia Story (1940).

During the movie, just for grins if you watch it with friends, you could try to Vertigo Drinking Game that I came up with about a year ago. Do a shot of something whenever you see a human figure fall in Vertigo.  Be ready as soon as the movie starts. 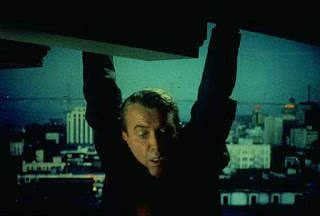 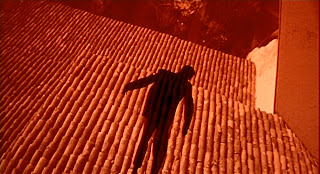 Whether the shot drink is something alcoholic or not is entirely up to you.  If it is, don't drive home.  You'll be surprised at how many figures fall in this Hitchcock masterpiece. 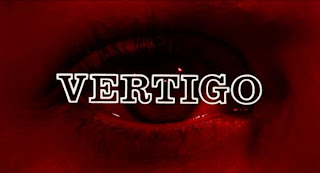