The documentary is a high point in the career of filmmaker Spike Lee.  It didn't get nearly the entertainment press attention it deserved when released.  This month, we come up to the 50th anniversary of a tragic day in our American civil rights era. 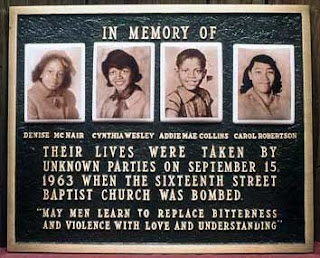 Last month, our nation commemorated the 50th anniversary of the March on Washington and Dr. Martin Luther King's "I have a dream" speech.  1963 was one of the most turbulent, most emotionally paralyzing and yet one of the most hopeful years in that entire decade.  Like Charles Dickens wrote in the opening paragraph of A Tale of Two Cities:  "...it was the season of Light, it was the season of Darkness..." 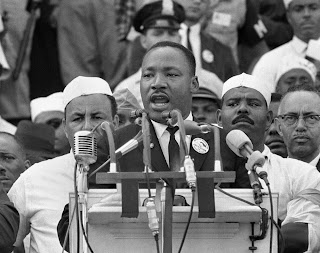 The Light was Dr. King's March on Washington in August.  We needed that. 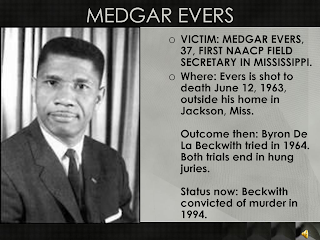 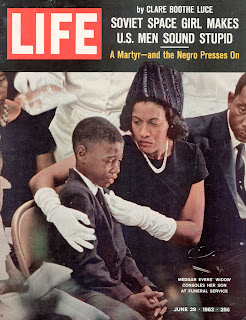 On each side of that Light was Darkness.  In June 1963, civil rights activist Medgar Evers was shot and killed.  That's his widow and child on the cover of Life magazine.  In November 1963, America would be shocked and numb with grief at the news bulletin that President John F. Kennedy had been shot and killed in Dallas, Texas. 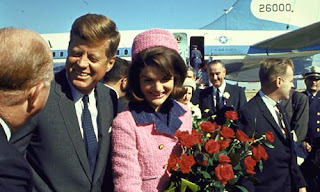 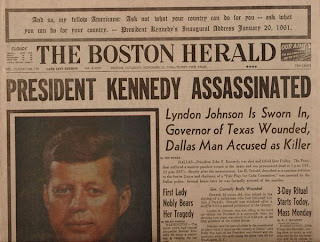 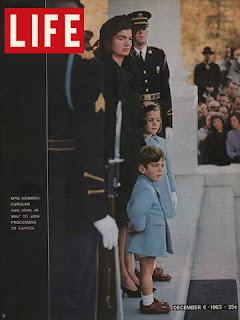 There's Mrs. Kennedy and their children on the cover of Life magazine.

Before President Kennedy's assassination and after the March on Washington, the death of 4 little girls in a racial hate crime would make international headlines.  A church was bombed in Birmingham, Alabama.  The blast would claim the lives of these four girls. 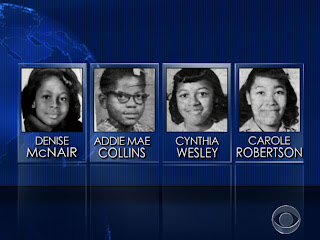 In his documentary, 4 Little Girls, Spike Lee reminds us of the crime that happened on September 15th, why it happened and what happened afterwards.  He introduces us to relatives of the deceased.  We see images that we'd not seen before and we learn new details about this dark day in American history.  It is a powerful, gripping documentary.  I attended a press screening and, when it ended, we could not just get up and leave.  It had such a deep impact that many of us had to sit a while and collect ourselves. 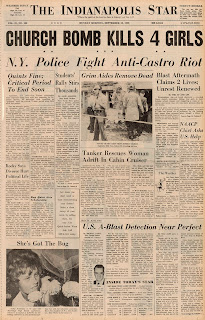 When movies are about to open, there are press events called junkets.  Entertainment reporters are invited to interview the stars and other folks involved in the making of a movie.  These junkets are usually on weekends in a big city hotel and have nice, juicy movie studio budgets for marketing and promotion.

It was obvious that Spike's production didn't have the luxury of a big publicity budget.  His budget was modest.  But this production was a documentary, not a big entertainment feature boasting top movie stars.  It was educational.

I was a regular on Fox 5's Good Day New York at the time.  If you looked at the format of the local morning news program like the casting of a Hollywood movie, I was the comic sidekick -- like an Oscar Levant or a Bill Murray in Tootsie.  I was assigned to provide laughs.  I did embrace and appreciate the opportunity to do something serious once in a while.  I had the opportunity to interview Spike Lee and the father of one of the murdered girls.  This was significant to me because I was a youngster when this evil act was committed.  I was alive when this history took place.

I had the feature edited and completed a week before its airdate.  Unfortunately, it got no promotion ahead of time.  That hurt because our show had a large minority audience.  I watched the half-minute Good Day New York promo on WNYW/Channel 5 that aired the day before the show.  No video of Spike Lee, no mention of our interview "coming up tomorrow."  If I recall correctly, supermarket shopping tips and info on how to fight cholesterol got promoted.

Here, from 1997, is my short feature on the Spike Lee documentary, 4 Little Girls. 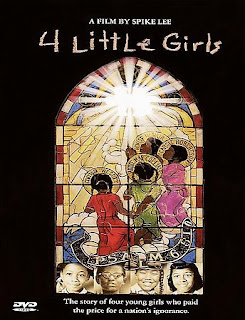 If you have never seen this documentary, I urge you to rent the DVD.  4 Little Girls is an unforgettable piece of work.  I still wish that Good Day New York viewers had been told my interview was coming up in the last half-hour of the show. 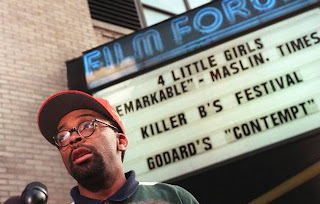 I wanted them to know about this riveting and  important Spike Lee production.  4 Little Girls earned the filmmaker an Oscar nomination for Best Documentary.
at September 05, 2013