Last summer, for a film review and interview show TV pilot I co-hosted, I interviewed Oscar winner Louis Gossett, Jr. in his Malibu home.  We talked about the late actor James Edwards.  My parents introduced me to the work of James Edwards when I was a kid.  Dad loved his performance in the 1949 race drama, Home of the Brave.  Dad was an Army sergeant serving overseas in the segregated troops of WWII.  Based on a play by Arthur Laurents, this WWII drama was a Stanley Kramer production addressing racism in the military.  The handsome, talented and charismatic Edwards came before Sidney Poitier and Harry Belafonte.  They had the film careers he should have had.  James Edwards was blocked because of Hollywood's unenlightened racial attitudes at the time.  It had yet to embrace racial diversity.  Home of the Brave deserves a second look. 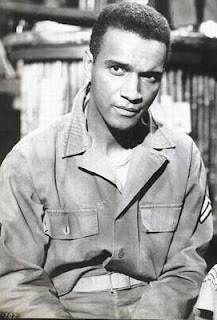 This story came from a play by Arthur Laurents.  For Broadway, Laurents also wrote the books for the hit musical dramas Gypsy and West Side Story.  For films, he was the screenwriter for Alfred Hitchcock's Rope, Anastasia which brought Ingrid Bergman her second Oscar for Best Actress, The Turning Point starring Shirley MacLaine and Anne Bancroft and The Way We Were starring Robert Redford and Barbra Streisand.

In Home of the Brave, a few good men are needed for a top secret mission in the South Pacific during the war.  Private Moss, an engineer, volunteers to be the surveyor on the island for the mission.  Pvt. Moss is black.  As you can probably guess, a couple of the men have a problem with that.  The army colonel tells them to get over it because an engineer is needed for the job.  This is war, not a country club tea dance.  James Edwards stars as Moss.  As it turns out, one of the other men on the mission is Moss' best friend from school.  Finch is played by Lloyd Bridges.  We see them as schoolmates in flashbacks.  Right there, that's a giant step forward for black male images in Hollywood.  Pvt. Peter Moss is an engineer.  He's not a cook, butler, railroad porter or stablehand. Then, we see an interracial friendship at a racially mixed school.  In the early 1940s, my father attended a racially mixed high school in Los Angeles.  My mother attended a racially mixed high school in Montclair, New Jersey.  But when moviegoers saw the student body with Mickey Rooney and Judy Garland in MGM's Strike Up the Band (1940), when they saw high school classmates in Universal's That Certain Age (1938) with Deanna Durbin and in the high school comedy What a Life (1939), starring Jackie Cooper and written by the team of Billy Wilder and Charles Brackett for Paramount, you didn't see any black kids.  That's how Hollywood studios rolled at the time.  They didn't accurately reflect real life.  Moss and Finch were best friends in school, they're still friends in war.  Finch sees the bigotry Moss faces while fighting for democracy. 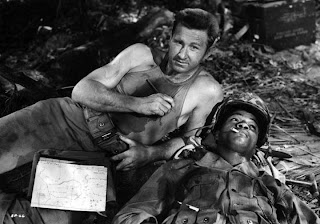 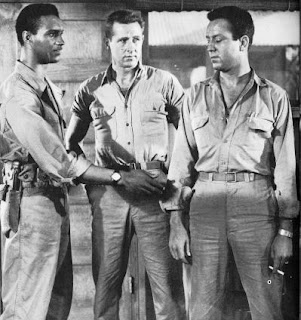 Something happens during the mission.  Pvt. Moss suffers partial amnesia and partial paralysis.  Both conditions are mental.  An army psychiatrist is determined to get to the root of Moss' traumatic shock and bring him out of his paralysis.  This was probably the first time movie audiences saw a black person in therapy.  With a white doctor. 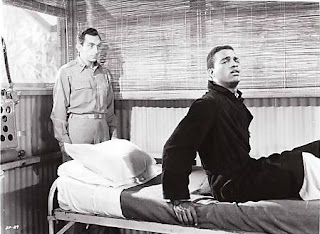 Also in 1949, James Edwards had a bit part in a so-so crime drama from Paramount called Manhandled.  It starred Dorothy Lamour and Sterling Hayden. 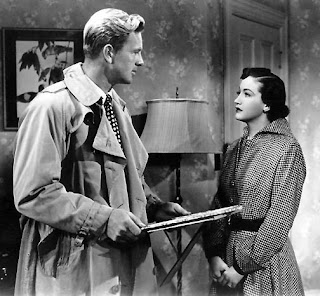 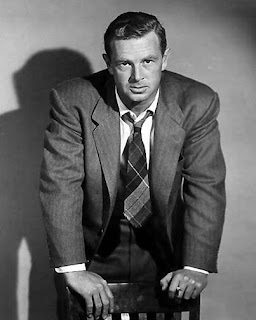 Edwards is only onscreen a few minutes as a butler being questioned.  But, when he's on, you just want to quote Madeline Kahn in Young Frankenstein and say, "Woof!"  His good looks just pop. He had poise, screen presence and sex appeal.  He should've stood next to Sterling Hayden in a medium close-up for a double shot of movie beefcake. 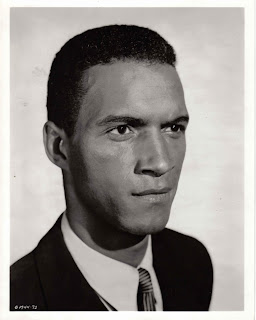 Edwards starred in another military race drama directed by Mark Robson.  Robson also directed Home of the Brave.  In Bright Victory, he's the new buddy of a disabled GI.  Arthur Kennedy was a Best Actor Oscar nominee for this 1951 film. 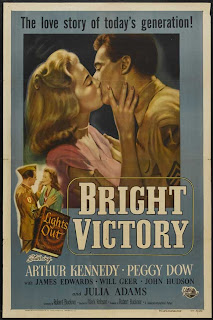 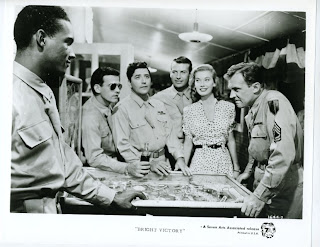 The GI was blinded in battle.  He's a bigot who has no idea that his new friend is black.  He'll undergo physical and cultural rehabilitation.  Other films directed by Mark Robson are Champion with Kirk Douglas, The Harder They Fall starring Humphrey Bogart, Peyton Place, The Inn of the Sixth Happiness starring Ingrid Bergman and the brilliantly bad but glossy 1967 film version of the trash-with-flash hit novel, Valley of the Dolls.

James Edwards was somewhat of a free spirit and a bohemian.  If he was a young actor today, he could go on interracial dates as a character in a network TV series.  But back then, Hollywood got nervous when he dated white actresses offscreen.  Lou Gossett told me that Edwards had dates with two major movie queens who worked for the same big studio.  Edwards was too much for Hollywood to handle.  He worked a lot on top TV shows and had supporting roles in future films but he was definitely "blacklisted" for a while by Hollywood due to his interracial dating.  That denied him the shot at stardom that Poitier and Belafonte got.  James Edwards definitely paved the way for them. 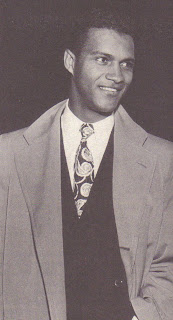 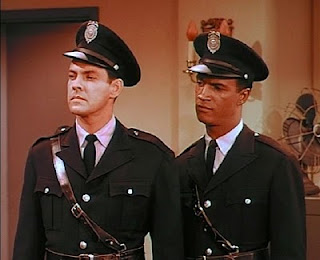 He was only in his early 50s when he died of a heart attack.  He died before one of his last screen performances was released.  The movie was Patton -- Oscar winner for Best Picture of 1970.  Edwards played General Patton's valet opposite Best Actor Oscar winner, George C. Scott.

James Edwards acted in another classic film with military characters.  It's a political thriller.  He has a key revelation about "Raymond Shaw" in the 1962 original version of The Manchurian Candidate starring Frank Sinatra, Janet Leigh, Angela Lansbury and Laurence Harvey.

Home of the Brave is worth a look.  Now in public domain, you may be able to find it online.  By the way, actor Lou Gossett did tell me who the famous two Hollywood ladies were that Edwards dated.  Juicy!