If you're passionate about the art of film and appreciate Hollywood history, you must see this documentary.  It is also a must-see for those of us who support the power of Women in Film.  The late Marion Dougherty was as great a female pioneer in Hollywood as actress and director Ida Lupino was.  Like Ida, Marion never got a major award from Hollywood to honor her groundbreaking achievements.  Top male executives and producers at major studios made big money because of this woman's vision.  I totally agree with what Midnight Cowboy star Jon Voight said about famed casting director Marion Dougherty:  "She could see what people couldn't see."

She changed the faces of Hollywood films.

Her talent and passion helped Midnight Cowboy win the Oscar for Best Picture of 1969.  Jon Voight and Dustin Hoffman were both nominees for Best Actor. 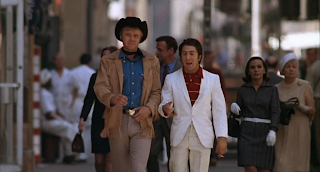 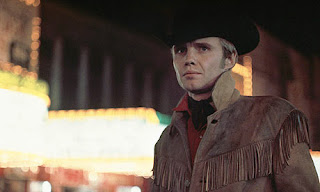 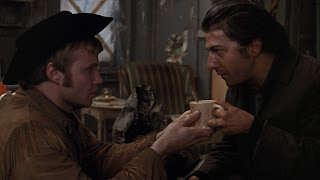 She helped Robert Redford and Paul Newman have a huge box office hit with the Oscar-winning Butch Cassidy and the Sundance Kid co-starring Katharine Ross. 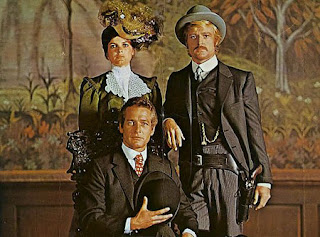 It was opposite Midnight Cowboy as an Oscar nominee for Best Picture of 1969.

She helped launch the acclaimed film career of Glenn Close by bringing her to The World According to Garp with Robin Williams. 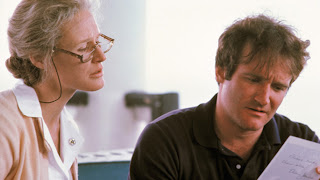 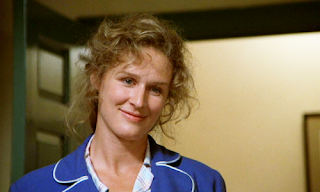 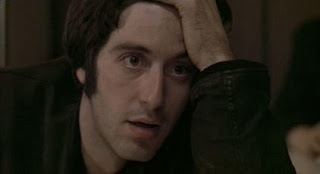 Marion made Hollywood take a giant step forward in diversity by getting Danny Glover in the very successful Lethal Weapon franchise.  Glover played papa bear to Mel Gibson's crazy cub in the buddy cop/action movies.  They did big box office for Warner Bros. 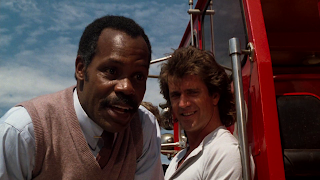 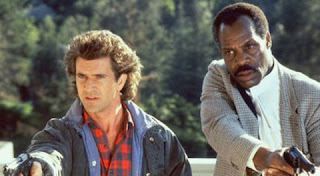 I'm positive you have seen the name Marion Dougherty in many opening credits.  If the fascinating and revealing documentary entitled Casting By airs again on HBO, be sure to catch it.  Wow.  You'll be amazed.  It shows you how important casting directors are and have been to films.  It shows you the work that they did back in the days before so many big budget Hollywood movies were kickstarted by corporations with screenplays based on comic books, video games and TV comedy sketches.  The main person featured in this documentary is Marion Dougherty.  Take a look at the trailer by clicking onto this link:

Years ago, I interviewed Lethal Weapon director Richard Donner when he was promoting one of its sequels.  I asked him about Marion Doughtery's importance behind the scenes in getting Danny Glover into the project.  Donner loved the question and, without hesitation, confirmed that he read the script and originally had Brian Dennehy in mind for the part Glover got.  In the documentary, Donner is extremely forthcoming in telling an audie.nce that Dougherty changed his mind about racial casting in films.  The director admits that he would not have considered a black actor for the lead role had it not been for Ms. Dougherty.  When I saw Casting By on HBO, I realized why Donner was so enthusiastic and appreciative of my question about her back in my 1990s interview.

One thing that jumped out at me in this fine, surprising documentary -- the number of other women who were mentored and/or inspired by Marion Dougherty as they entered careers in casting.  Dougherty was not only a risk taker and a visionary, she was generous of spirit.  She shared her gifts.

But Hollywood big boys at the Academy just didn't seem to get it.  If only the Academy had loved her as much as she loved actors and movies.

Do you ever look up informtion on IMDb.com? That stands for Internet Movie Database.  Here's why I put Dougherty in the same female pioneer category as Ida Lupino:  Search for Ida Lupino on IMDb.com.  High Sierra, The Hard Way, They Drive By Night, Deep Valley, Lust for Gold and The Big Knife are in her extensive list of acting credits.  She slammed across some solid big screen performances from the 1930s to the early 1970s.  Now look under that section and check out her equally extensive list of credits as a film and TV director.  Notice how long it is.  Ida acted and directed. For episodic television, she directed westerns, medical dramas, sitcoms, cop/action shows and psychological thrillers.  She broke new ground for Women in Hollywood and Women in Films.  She never got a special Emmy, an Oscar nomination or a special Oscar.

My jaw dropped down to the floor with a "clunk" sound like I was a character in a 1940s Tex Avery cartoon when I saw that, despite major campaigning from top Hollywood stars, Marion Dougherty was denied a special Oscar for her achievements in film.

The lady deserved Oscar recognition.  I bet you'll feel to same way after you see Casting By.  The legendary casting executive passed away in December 2011.

In one of my April blogs from this year, I pitched that TCM invite famed casting director Lynn Stalmaster on to be a Guest Programmer with Robert Osborne one night.  Dougherty's L.A. counterpart, he's also in the documentary.  He talks about the craft of casting and he joins in the praise for Marion's talents.