I agree with some critics that Woody Allen's Blue Jasmine is one of his best films in recent years.  Do not be surprised if Cate Blanchett scores herself another Best Actress Oscar nomination.  She's fantastic in the role of a modern day New Yorker whose privileges are suddenly gone.  She forced to live with a relative in San Francisco and her fortunes and marriage fall apart.  Her husband was a Bernie Madoff type, but she chose to ignore his shady financial dealings. In its elements, this movie will remind some of the play and movie A Streetcar Named Desire by Tennessee Williams.  Jasmine is like Blanche DuBois, broke and deluded and lying about her past.  And she likes her liquor. Her husband is a Bernie Madoff type, screwing people out of their money and screwing any hot babe he can con into a date.  Adam Baldwin stars as the louse spouse. 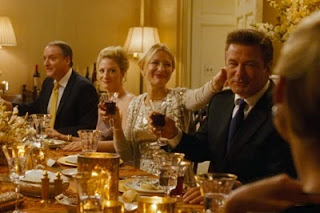 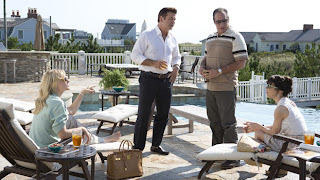 Allen has a history of getting extra-special performances out of actresses.  Dianne Wiest won two Oscars for Best Supporting Actress under his direction -- for Hannah and Her Sisters and Bullets Over Broadway.  Mira Sorvino took home Oscar gold as Best Supporting Actress for playing a ditzy hooker in Mighty Aphrodite.  Penélope Cruz won Best Supporting Actress for Vicky Cristina Barcelona.  Diane Keaton won Best Actress for Annie Hall.  Geraldine Page and Maureen Stapleton were Oscar nominees for Woody Allen's drama, Interiors.  To me, British actress Sally Hawkins could be a strong Best Supporting Actress contender for playing "Stella" to Blanchett's "Blanche."  She co-stars as Jasmine's sister, Ginger, in working class San Francisco.  She's the relative who takes in the broke and constantly babbling Jasmine.  Hawkins should have been a Best Actress Oscar nominee for her brilliant performance as the steely British optimist in 2008's Happy-Go-Lucky.  Here, she's the less sophisticated and less educated sister.  Ginger is less privileged but more responsible.  She knows Jasmine's real name.  She has a job.  She has two men in her life.  One is played very well by  Andrew Dice Clay.  Clay was a big surprise as Augie.  I was never a fan of his comedy back in the 1980s.  His dramatic outing here is fine work indeed.  His character sees right through Jasmine.  Augie is a bit of a broken man who sees Jasmine and her kind as selfish.  He's tired of having to work twice as hard as the upper class just to get by.  Augie was bilked by the upper class. 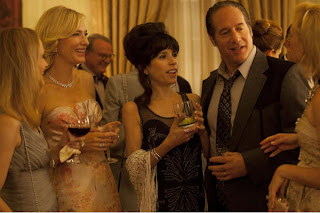 The other man, energetic and out-going and passionate, is played by Cannavale.  He's a stand-out in this role as Chili.  If there's a "Stanley Kowalski" in this movie, he's it. 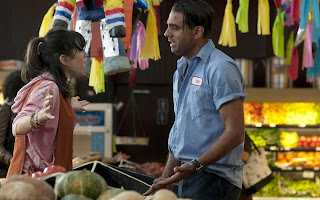 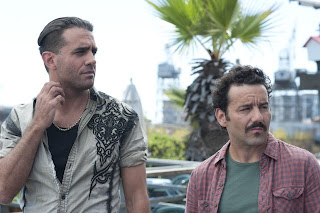 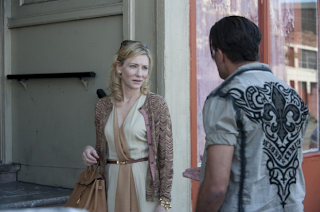 There will be friction between Chili and the unwisely haughty Jasmine.  Blanchett plays her role to perfection.  She hits just the right tone to make you care about her yet want to slap the crap out of her at the same time.  You just know that she'll continue to make a mess of her life  the more she drinks and the more she avoids the truth. 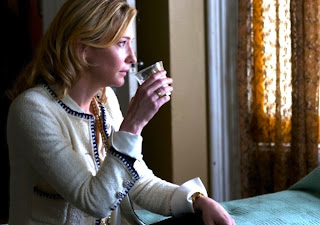 Jasmine was like the older dark side of another character played by Cate Blachett.  Cate was great as the beguiled young socialite with a very girlish attitude about things in 1999's The Talented Mr. Ripley, a psychological crime thriller starring Matt Damon. 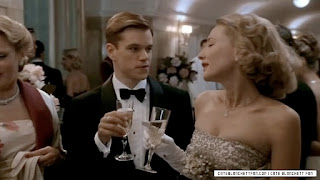 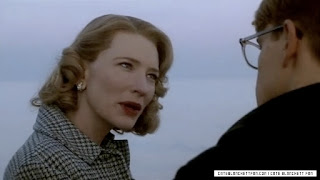 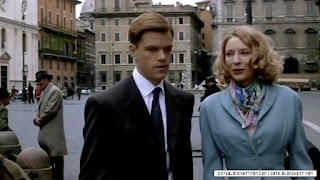 One morning in 2008, I saw actress Bryce Dallas Howard on ABC's Good Morning America.  She was being interviewed by Robin Roberts and promoting her new film, The Loss of a Teardrop Diamond written by Tennessee Williams.  The actress played a disliked Southern plantation belle in the 1920s.  Bryce Dallas Howard told Robin Roberts that she imagined her Teardrop Diamond character, Fisher, to be a young version of the Blanche DuBois we know from Williams' classic, A Streetcar Named Desire. 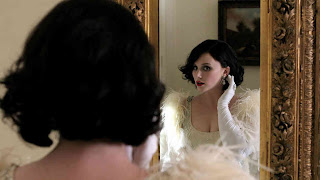 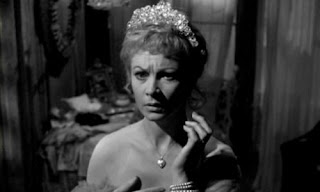 I see Cate Blanchett's young socialite in The Talented Mr. Ripley like that to the middle-aged, no-longer privileged and pampered Jasmine.  I wish I could've seen Blanchett play Blanche DuBois in the limited 2009 run of A Streetcar Named Desire.  Directed by famed Ingmar Bergman actress Liv Ullman, theater critics wrote that Blanchett's performance was nothing short of spectacular.  Seeing Bobby Cannavale in Blue Jasmine makes me want to see him play Stanley Kowalski in A Streetcar Named Desire.  I'd like to see what he could bring to the iconic stage role that Marlon Brando made famous. 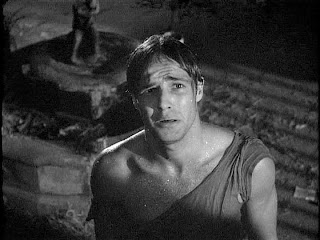 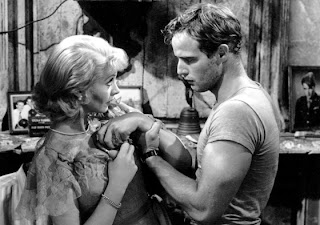 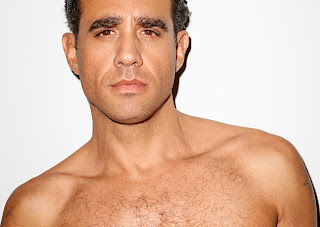 I'd like to see what he'd do with the sexual deprivation of Stanley Kowalski.  I saw a Chicago production of A Streetcar Named Desire, I've seen the Marlon Brando and Vivien Leigh movie version a number of times and I saw the 1980s ABC TV production starring Ann-Margret and Treat Williams as Blanche DuBois and Stanley Kowalski.  I haven't read this in any synopsis of the play nor did I hear  it from a teacher in a college classroom, but there's a serious lack of sexual satisfaction in A Streetcar Named Desire.  Stanley is a lusty New Orleans man in the summer of his youth.  He loves his wife.  He has a man-child need to be loved and desired by his wife.  He's a uninhibited, earthy male.  He and Stella, his wife, live alone in a modest apartment.  You just know they've had wild, sweaty, fun and fulfilling sex all over their place.  Not just in the bedroom, but wherever the mood hits them.  In the bedroom, in the kitchen, in the living room, in the bedroom again.  But Stanley and Stella don't have a big house with a pool in the backyard -- like Jay and Gloria on TV's Modern Family.  Their residence is a small, working class flat without air conditioning in steamy Louisiana.  It's small like Ginger's place in Blue Jasmine.  When Stella's hightone acting sister, Blanche, shows up to stay with them,  Stella and Stanley can't have their loud and frisky sex romps.  He can't walk around naked like he probably does.  They've got a relative visiting.  Blanche has a good deal of physical and emotional baggage.  And she visits for a long time.  She takes up space and she talks constantly.  She's stays in constantly.  It's not like she's out looking for work, seeing friends or spends a couple of days out of town.  She's around and she spends a long time in the bathroom.  So Stanley can't have sex like he usually does and he can't get in the bathroom when he wants to.  Then Stella's advanced pregnancy forces Stanley to put their free-wheeling sexual passion on hold even longer.  Now his man-sack must have swollen to the size and color of Violet Beauregarde in Willy Wonka and the Chocolate Factory.  This is not good.  He needs a release.  Blanche may have warned Stella "Don't...don't hang back with the brutes," but she's not helping matters at all.  She's sexually deprived too.  And broke.  She'll arouse the dangerous, primitive animal in Stanley.  Things will not end well for her.

I immediately joined the Bobby Cannavale fan club when I saw him in the 2003 indie comedy, The Station Agent.  Peter Dinklage is the loner in a new location.  Two strangers on his new road of life enter his closed world and draw him out.  One is a chatty Cuban vendor played by Cannavale.  He befriends the quiet little man. 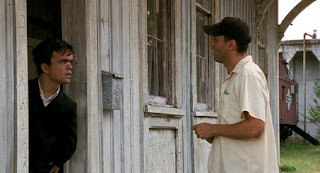 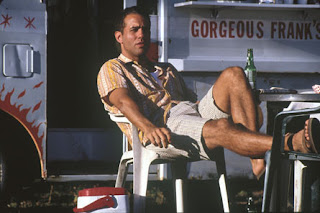 Cannavale is Cuban-American.  I have Cuban friends who are just like his sweetheart of a character.  That's one of the reasons why I loved his performance so much.  Mine are wonderful friends who, like the New Jersey hot dog vendor, are never at a loss for words.  I have a tendency to draw in sometimes.  They draw me right out.  I love them for that and I love The Station Agent.  The fabulous Patricia Clarkson co-stars.  If you've never seen The Station Agent, please put it in your weekend rental list. 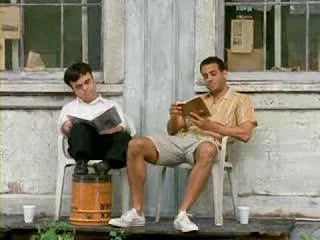 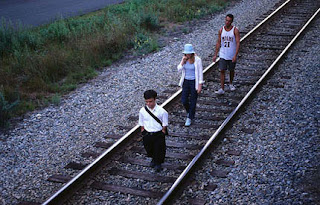 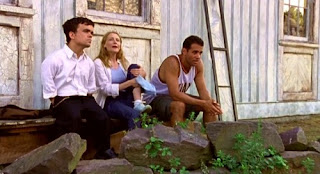 The handsome actor is currently an Emmy nominee for his turn as the dapper, maniacal 1920s gangster on HBO's Boardwalk Empire. 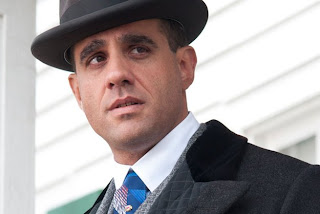 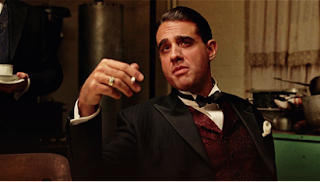 He's just been added to the cast of the upcoming big screen remake of the Broadway musical comedy, Annie.

Yes.  I'd totally dig seeing Bobby Cannavale play Stanley Kowalski in A Streetcar Named Desire.  In the meantime, go see him and the rest of the cast in Woody Allen's Blue Jasmine.  It's quite good. 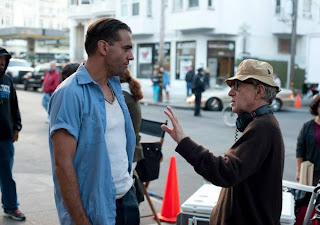