For quite a long time, I'd read that if..., directed by the late Lindsay Anderson, was a landmark and very subversive British film of the 1960s.  It's the film that introduced movie audiences to actor Malcolm McDowell.  He's fascinating as Mick in Anderson's film. 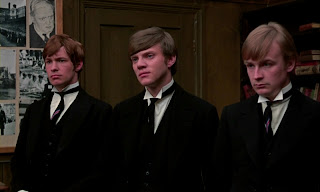 That's Malcolm in the middle.  I avoided reading essays about if... because I wanted to experience it on my own.  I didn't want to know what to expect.  I watched it recently.  Wow.  It was like being slapped into alertness.  If this 1968 drama was previewed this week prior to a national opening in America, it would make entertainment news headlines.  It would be a hot topic on network morning news programs.  In fact, I doubt that if... could be made and released by a major studio, like Paramount Pictures, today in 2013. 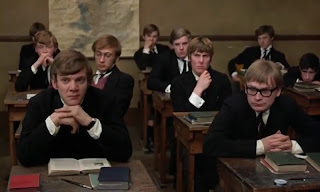 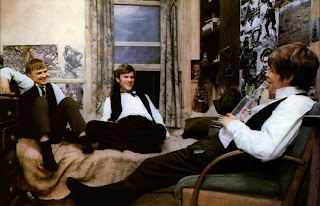 This was Lindsay Anderson shaking his fists at the British educational system.  The story is presented in chapters.  The school is a men's college.  There is oppression, discipline, resistance and disorder.  You clearly can see why this performance got Malcolm McDowell the lead role in Stanley Kubrick's controversial A Clockwork Orange (1971). 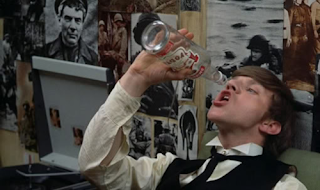 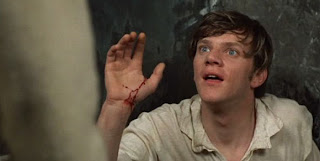 You'll feel a chill when the physically bullied and oppressed Mick becomes an anarchist and says, "One man can change the world with a bullet in the right place." 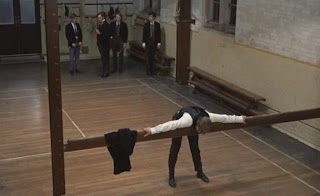 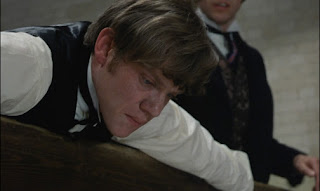 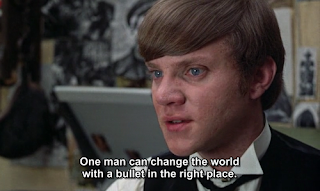 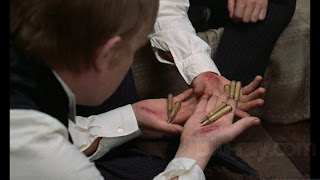 After his physical and social humiliations within the school system there at college, we see a clergyman of questionable behavior on the pulpit telling churchgoers that "We are all meat to be punished."  He preaches it's their military duty to go out and kill in the name of Christ.  An old military officer gets onstage and tells them "You are privileged" and to appreciate their upper class status in society.  There are moments when if.... borders on seeming like a dark Marx Brothers comedy.  No surprise there.  One of Anderson's favorite films was Duck Soup (1933), which played the military and war for laughs. 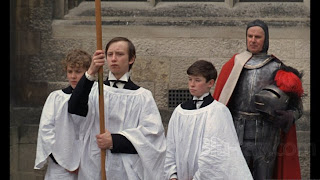 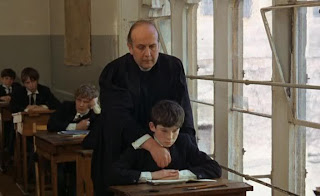 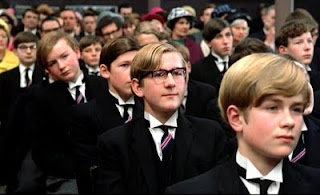 I won't go on about the story and character.  I'll let you experience it as I did.  At the end, I'm sure you will be stunned at how intelligent screen satire in 1968 became actual American madness by 2000.

if.... is part of the Criterion Collection.  What a brilliant film. 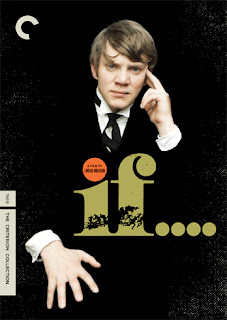 Malcolm McDowell has said that he loved Lindsay Anderson deeply -- probably more than he loved his own father.  It shows in his performance.  He's free, forthcoming with his emotions, touching and unafraid to go to the character's dark corner to bring truth to the performance.  Obviously, he had great trust in his director.

Anderson listed a short French film from 1933 as one of the top ten favorite movies.  if... constantly shows that it was strongly inspired by Jean Vigo's Zero for Conduct (Zéro de Conduite).  The Vigo film is about 40 minutes long.  If you see if..., watch Zero for Conduct afterwards.  The movie is wonderfully surreal and also quite mature.  We see boys in a French school.  There's brief nudity and one student shouts down a teacher's inappropriate advance.  There's oppression, resistance, discipline and disorder. 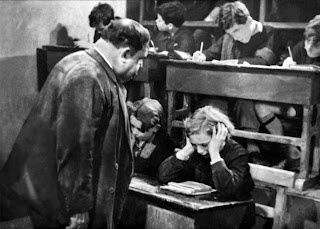 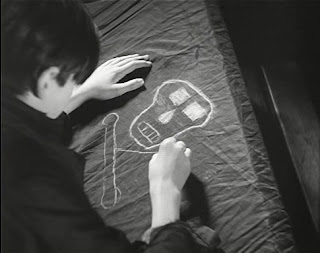 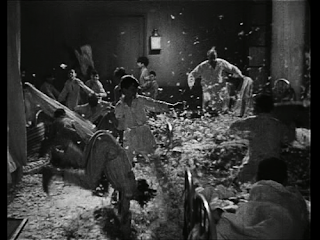 There's also a direct golden link to Hollywood teachers such as Robin Williams' character in Dead Poets Society (1989) from the beloved teacher in Zero for Conduct who imitates Charlie Chaplin and does handstands.  Vigo's 1933 film is also in the Criterion Collection. 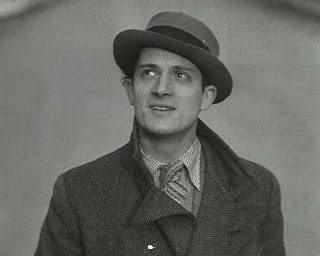 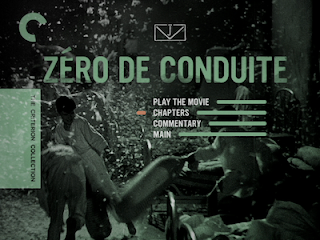 if.... certainly was a landmark British film.  Malcolm McDowell went on to make his mark as one in-demand actor with a long list of TV and film credits.  He's in the Oscar winner for Best Picture of 2011.  You see him as the butler in the first 20 minutes of The Artist. 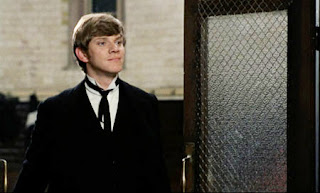 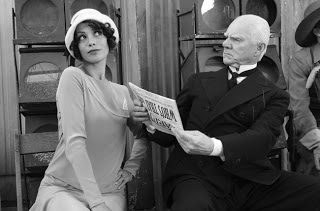 It was a lovely cameo and, as usual, excellent to see him onscreen.