The entertainment news was a big surprise to me too.  Oscar-winning screenwriter and director Ben Affleck has been cast to be Batman in a 2015 big screen feature.  Ben, as you know, also acts.  My first thought was, "Wow.  I didn't see that one comin'." 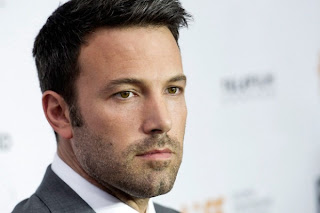 Honestly, I probably would've considered one of these three guys before Ben:

Channing Tatum.  This would've been great wish fulfillment for millions of women and gay men. Channing Tatum would look hot as Batman.  He may not have the acting chops of a Philip Seymour Hoffman but he's serious about his craft and very entertaining to watch.  He deserves a big box office hit. 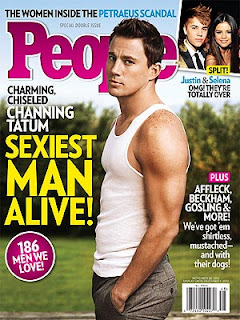 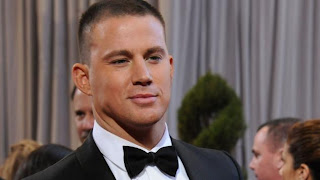 Idris Elba.  Put some color in the franchise with an actor who's got excellent acting skills.  It's time for this British actor to breakout as a big star here in America. 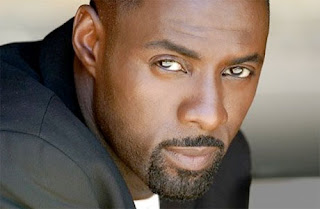 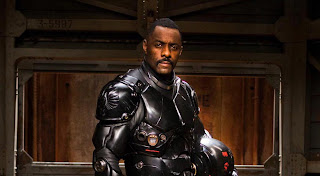 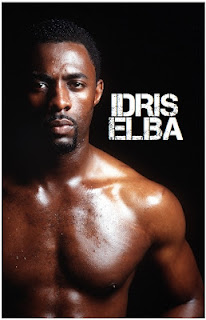 William Levy.  Not a big star but that's not important.  Casting Levy would also add ethnic flavor to the franchise as he's Latino actor, quite popular on Spanish television.  His crossover popularity got a big boost when he hit the floor on ABC's Dancing with the Stars.  Now he's doing TV commercials.  He'd also look hot as the Caped Crusader.  Not only that, if there was a gala ball scene in the story, Bruce Wayne could dance with the leading lady -- and that could capitalize on Levy's Dancing with the Stars popularity.  Personally, I think it'd be really cool to see the Caped Crusader swoop in, say "¡Mira!" and slap the crap outta some villain. I would dig a bi-lingual Batman. 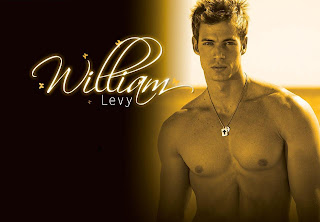 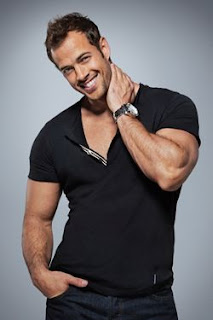 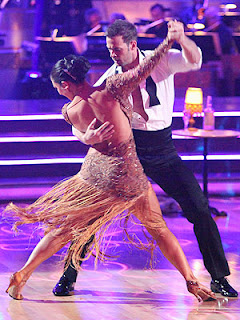 But perhaps the studio executives and filmmakers saw something in Affleck that we didn't.

Back in the 1980s, I'd never have imagined Michael Keaton as Batman.  He came from a slapstick network sitcom role with Jim Belushi and getting laughs in the big screen comedies Night Shift, Mr. Mom and Beetlejuice.  Then he played Batman.  The movie was a major box office hit.  Keaton did Batman (1989) and Batman Returns (1992). 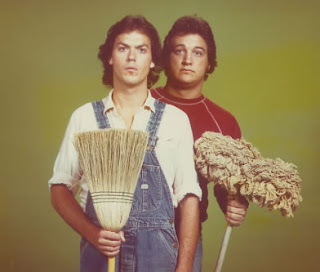 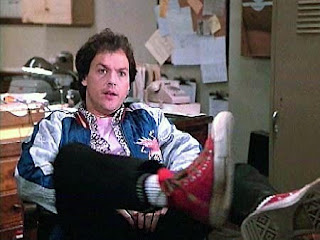 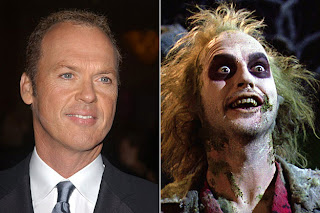 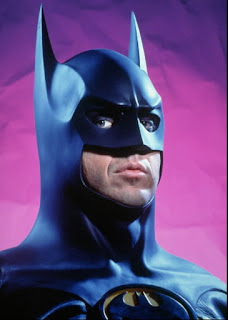 When the Affleck news broke, people on Twitter and Facebook acted as if he'd replaced Daniel Day-Lewis as Lincoln during production of that presidential biopic.  There was more outrage over that casting news than there was over the Supreme Court striking down a key part of the Voting Rights Act this year.  C'mon, folks.  It's a comic book character.  It's a fantasy with action and special effects.  One thing I love about Affleck is that he's willing to take risks with his career.  He's not just concerned with getting on the Red Carpet and going to the party.  Sure, he has a string of box office flops on his resumé.  But, he continued to do the work.  We were so busy still making jokes about Gigli that we missed his excellent work as TV's Superman.  He played the late actor George Reeves, an unlikely TV star who may have been murdered in Hollywoodland. 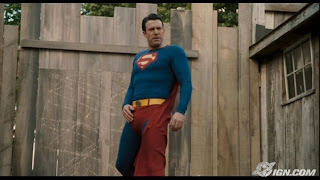 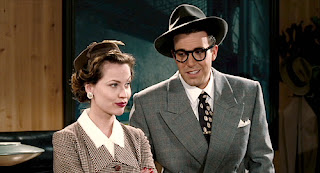 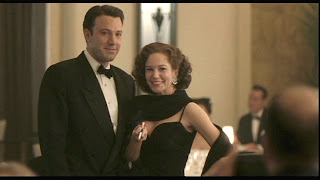 If Madonna can play Evita, Ben should be allowed equal opportunity to play Batman.

This brings me to cinema snobs.  We've seen lists from critics and famed film directors of their Top 10 Favorite Films.  There are always packed with many a highbrow film -- what The Girl in Preston Sturges' classic, Sullivan's Travels, called "a deep dish movie."  In my past, I've been asked to compile such a list.  I admit it, I always picked important films that would make me seem refined and knowledgeable about films.  Ingmar Bergman's Cries and Whispers is a brilliant film full of theo-philosophical wisdom.  How many times have I seen it?  About twice.  Abel Gance's 1927 silent film, Napoleon, is also a masterpiece.  How many times have I seen it?  About twice.  How many times have I seen the comedy, Napoleon Dynamite?  So many times I can recite dialogue along with the characters.  The same goes for Gentlemen Prefer Blondes starring Marilyn Monroe and Jane Russell, It's a Gift starring W. C. Fields, Airplane!, Anchorman:  The Legend of Ron Burgundy, Mel Brooks' Blazing Saddles and the non-comedy What Ever Happened To Baby Jane?  But would most film critics and cinema snobs puts Abel Gance's Napoleon and Napoleon Dynamite on this same list -- even if they'd rented the comedy as often as I have?  No.  Probably not.  But, if I'm ever again asked to compile such a list, I'm including a couple of movies that may not be highbrow, but they definitely and truly are favorites.

Johnny Weissmuller as Tarzan.  An Austrian who won Olympics gold medals for swimming was cast as a wildman who lived in the African jungle and could communicate with the animals.  Weissmuller wasn't an actor of range in a league with Spencer Tracy and Ronald Colman.  The MGM Tarzan action movies of the 1930s weren't classics like Citizen Kane.  But his work in them saved me from a near-death experience when I was a youngster.  No lie.  No exaggeration.

The last ten years for me have been marked with job layoffs, long unemployment, the passing of friends and a serious family illness.  When I needed to mend my broken heart and lift my spirits, did I turn to Buñuel's The Exterminating Angel?  No.  I watched Mae West be "ghetto fabulous" in I'm No Angel.

Ben Affleck as Batman.  Calm the heck down.  It's not like he's the new host of Soul Train.  In the meantime, rent Preston Sturges' Sullivan's Travels.  See how the broad comedy of an unlikely mainstream cinema character brought a needed moment of happiness to the imprisoned, the physically abused, the poor and hungry, the down and out. 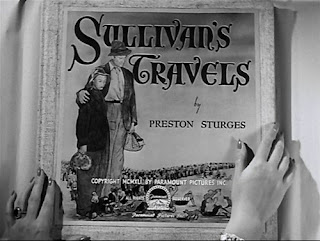 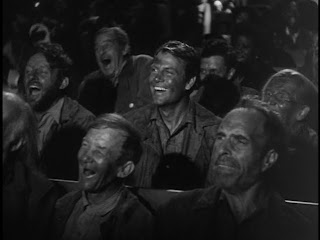 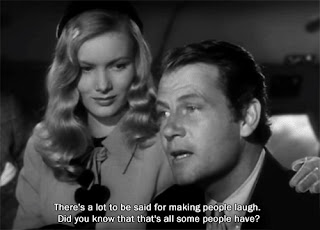 Good luck, Ben.  You got an Oscar for your Good Will Hunting screenplay.  Congratulations on this year's victory for producing Argo, Best Picture of 2012, and congratulations on your Oscar nomination for directing it.  Thanks for the good entertainment.  Thanks for knowing what Joel McCrea's movie producer character learns at the end of Sullivan's Travels.  If your schedule as a filmmaker/family man allows you to make the movie, I'll be interested to see what you bring to Batman. 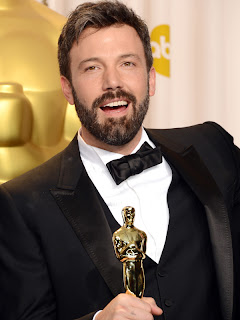