He was a numbers runner.  She was an exotic dancer.  They met.  They married.  And now they're a middle-aged New York City couple that she describes this way:  "We're poor but we're happy."  She bakes cookies, she watches Lifestyles of the Rich and Famous on TV, she works in a nails salon.  But Ray, not the brightest bulb on the chandelier, still dreams of a big heist.  This Woody Allen comedy from 2000 is Small Time Crooks.  Frenchy, the wisecracking and loyal wife, was played by Tracey Ullman.  I think she's wonderful in the role who the lady who blends a big heart with bad taste. 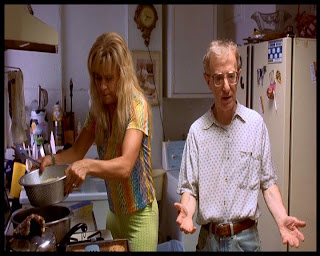 Ray wants to rob a bank.  Not with a stick-up but by tunneling underground with a few other clueless crooks.  To plan is to have Frenchy bake and sell cookies in the front of a shop while they're tunneling in the bank.  But Frenchy's sweets become a big hit with New Yorkers, like Mrs. Fields® cookies, and they get rich in a legit way.  Now the lovable low class couple can afford to socialize with upper class people.  Some of those folks may be socially refined but, at heart, they prove to be small time crooks themselves. 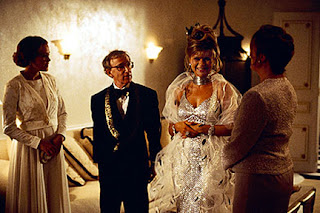 Tracey Ullman took the role of Frenchy after it was rejected by the two-time Oscar winner, Grammy winner, Tony winner and Emmy winner who celebrates her 70th birthday today.  Barbra Streisand.  She was Woody Allen's first choice.  Tracey told me herself when I interviewed her for the ABC News magazine show, Lifetime Live, on Lifetime Television. 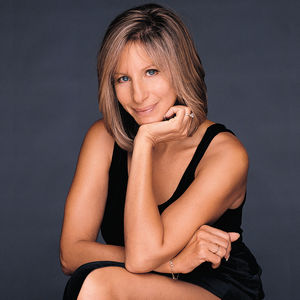 Playing Frenchy could've taken Streisand back to some of her early movie comedy character roots -- like when she played Doris, the motor-mouthed model/actress and part-time exotic dancer/hooker in The Owl and the Pussycat. 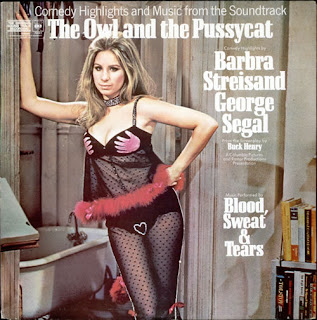 Remember how Doris couldn't sleep without the TV on?  Remember how unsuccessful writer Felix Sherman discovers the name of the loud, annoying woman who barged into his apartment very late at night?  Doris:  "Who gave you permission to read my panties?"  Babs turned down the offer to star opposite Woody Allen.  Tracey Ullman jumped at the offer and gave a delightful performance.  The Brit sounded like a native New Yorker. 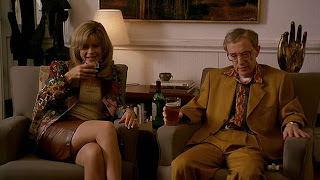 The Small Time Crooks cast included Elaine May, Elaine Stritch, Hugh Grant and Jon Lovitz.  During my VH1 talk show host & veejay years in the late 1980s, I had dinner with a couple of buddies and one invited a friend along.  That friend was Jon Lovitz.  The three of us said "No!" when Lovitz told us about a comedy role he turned down because he didn't think the movie would do well.  He could've played one of the burglars in Home Alone.  And, yes, he regretted letting that one get away.
at April 24, 2012