My "Death of a Salesman" Idea 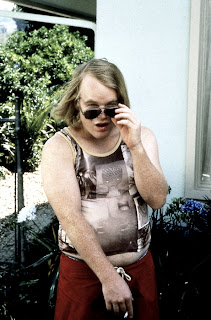 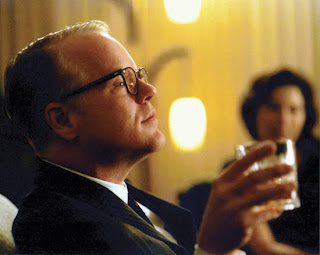 ...to now playing one of the most famous characters in modern American theatre in a critically hailed Broadway production helmed by one of the most respected directors of Broadway and film. 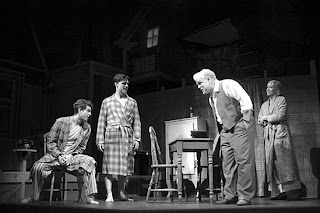 I saw the previous Broadway revival, the one in the 1990s that starred Brian Dennehy.  Wow.  What a thrilling night of theatre.  I happened to see his first performance after he'd won the Tony Award for Best Actor.    The whole night was electric.  I wish I could see this new show with Hoffman as the salesman in his 60s who's at the end of his rope financially and emotionally.  This was a work I could grasp and connect to when I had to read it in high school and early in my college years.  In high school, I  could never get into The Great Gatsby.  I went to a high school in Watts, an economically depressed Los Angeles community, a few years after the nationally-covered Watts Riots of 1965.  I got the novel's color as symbolism -- like the green light at the end of Daisy's dock and the colors of Gatsby's fancy shirts that she playfully tosses in the air -- but F. Scott Fitzgerald's tale of class, money and love was just too remote for me as a teen in South Central LA. It was too boutique, if you will.  Something with its same topics that totally captured my heart and mind back then on TV was George Stevens' classic film, A Place in the Sun.  I understood what drove and detoured Montgomery Clift's character, George Eastman.  He's the poor outsider.  He's excluded.  He's not of a privileged class.  He tries to move up.  It's difficult.  That is, until a beautiful, sweet member of the privileged class sees him at a party.  When Elizabeth Taylor as Angela Vickers likes him, social acceptance is now as easy as being slow-danced from one room into another, which is exactly what happens in their first party encounter.  She dances him from outsider to guest.  He has a chance to break the confines of family, religion, lower social class and loneliness. 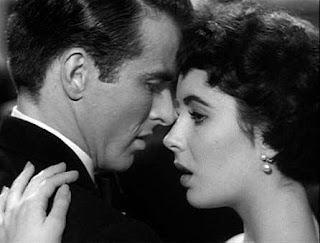 This made the great impact on my heart and mind that The Great Gatsby didn't.  Maybe I was just too young for Jay and Daisy then.  Willy Loman in Death of a Salesman also made an impact.  I grew up surrounded by folks for whom the American Dream had not come true.  One of those folks was my father.  Now, being older myself and another American economically dislocated by the Recession, I connect to Willy Loman even more.  I put my university degree to use and started my TV career in 1980.  I did pretty well.  Not as well as a Tom Bergeron, Billy Bush, Rosie O'Donnell or Carson Daly, but I did well enough to pay off the mortgage on my mother's house after she left California as a divorced single working parent.  I also did well enough to help put my younger brother through school.  In a studio apartment, I lived modestly on a medium 5-figure income.  I got laid off a couple of years ago and now live with the married brother I helped put through school.  He and his family graciously took me in.  When Willy Loman cries out "I put 34 years into this firm, Howard, and now I can't pay my insurance!," it resonates. 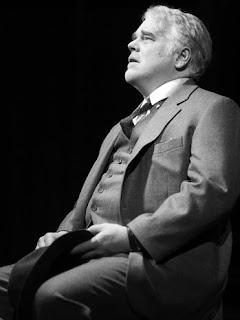 I bet it resonates with many others in these Occupy Wall Street times.  My dad could only go so far occupationally because of race.  Keep in mind that I was a child of the Civil Rights era.  I was a youngster with my parents watching Dr. King's now historic March on Washington when it was a live news telecast on CBS.  I was determined to do better than my dad.  I did.  But I too hit color walls in my career.  It's been a challenge to get equal opportunities.  It's been a challenge to get representation to help me get auditions for equal opportunities.  I am always a bit jealous of Caucasian friends or co-workers who got a gig because someone they knew made a call.  I met a handsome Anglo television news anchor in San Francisco last year who got laid off the same time I did.  We're in the same age category.  He was working on the East Coast, same as I.  The anchor and I have a mutual acquaintance named Chris.  He and Chris are friends. I don't know Chris well.  Chris, also an anchor, and I worked for rival New York City TV stations in the 1990s.  When I asked the San Francisco anchor how he got the job, he said "Chris put in a call" and hooked him up soon after he was downsized.  He and the Mrs. now love Northern California.  I'd be grateful for a call like that.


In Philip Seymour Hoffman's NPR interview, he described Willy Loman this way:  "...he's basically an orphan...he has no connection to his past...his situation from birth is bad...he's never had any sense of himself."  Willy was a disenfranchised American seeking the American Dream.  He's trying to make this dream come true while simultaneously creating a narrative for himself because, to Life, he's not been impressive.  Life has not paid attention to him.  Life has not been like his loving wife, Linda. 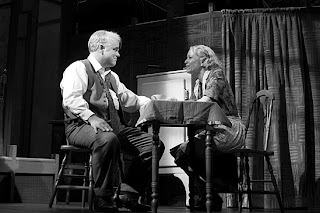 I have an idea for this classic.  Arthur Miller's Death of a Salesman is a play that should be performed by an all-Black cast in these times that have proven not to be post-racial simply because we elected a Black man as President of the United States.  There is still a frustrating racial imbalance.  There is still the "haves" versus the "have-nots."  In our youth, millions of us minority babyboomers were told to study hard because an education would be our passport to success.  Our parents fought for the right to an education. We studied hard and then many of us got slapped in the face with the realization that we often had to work twice as hard to make half as much.  Given the history of African-Americans in our country, the dreams and disappointments after President Johnson signed the Civil Rights Act (Willy Loman: "...there were promises made across this desk"), imagine the extra resonance Black actors could give Miller's play.  To see an African-American Willy Loman tell his son "...it's not what you do, Ben, it's who you know" could be powerful and sad and memorable.  For a lot of us minorities, at some point, we've been required to validate ourselves yet again.  To prove who we are and that we, indeed, do have some skills.  We've had to strive to be seen, to be noticed and, hopefully, to be respected.  We've all had our "I am not a dime a dozen! I am Willy Loman!" moment.  A production with an all-Black cast could be effective.  Also, it could inspire more minority kids in school to embrace this fine art and to read other works by Arthur Miller. 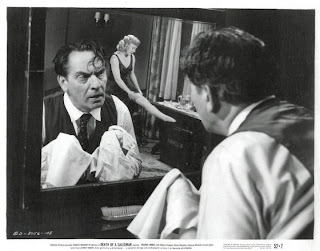 March, the veteran star of such classics as the original A Star Is Born and The Best Years of Our Lives, gave an excellent performance in a non-excellent screen adaptation.  Mildred Dunnock originated the role of Willy's wife, Linda, on Broadway opposite Lee J. Cobb.  She recreated her role in this film version and was an Oscar nominee for Best Supporting Actress. 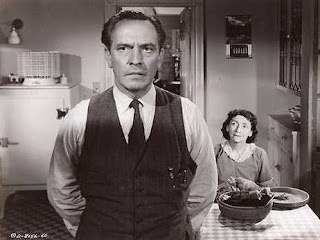 This 1951 Death of a Salesman is a rather stiff adaptation that comes off too stage-bound.  Plus the use of flashbacks makes it seems like Willy is suffering from the onset of Alzheimer's or some other kind of undiagnosed dementia.  But it boasts a strong performance by Fredric March.  He earned that Best Actor nomination.  March deserves a mention.  By the way, one of the other nominees that year was Montgomery Clift for A Place in the Sun.  Let me know what you think of my idea.
at April 12, 2012