When talking about movie classics directed by John Huston, this film doesn't get mentioned right up top along with The Maltese Falcon, The Treasure of Sierra Madre, The Asphalt Jungle and The African Queen.  But In This Our Life does have boldness and merit worth noting coupled with social comments about race that still command attention.  Those are worth noting now that we realize America did not become "post-racial" just because Barack Obama was elected President.  In This Our Life also gave Hattie McDaniel the best role of her career after her historic Best Supporting Actress Academy Award victory for Gone With The Wind.  This 1942 drama directed by Huston is a mainly a star vehicle for the reigning queen of the Warner Brothers studio lot, Bette Davis.  This is one of those Bette Davis W.O.W. roles -- Witch on Wheels. 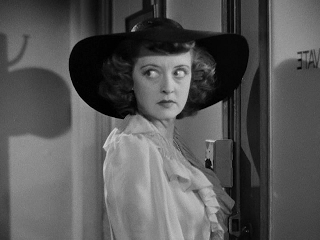 She and fellow Warner Brothers contract player Olivia de Havilland play sisters.  Olivia plays the good sister, Bette plays the bad one.  It's the kind of part Davis could sink her teeth into like a Yankee pot roast.  She's the Timberlake daughter who always gets what she wants -- even if what she wants is the man who belongs to her sister.  The girls were given boys names, for reasons unexplained.  Bette is Stanley.  Olivia is Roy. 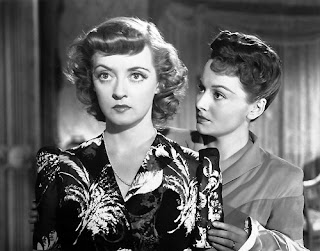 Olivia and Bette starred in 1939's The Private Lives of Elizabeth and Essex, featuring Davis as Queen Elizabeth.  Also in 1939, movie audiences saw de Havilland team for the first time with Hattie McDaniel.  The Civil War epic became a Hollywood legend.  In Gone With The Wind, de Havilland was the unselfishness Melanie Wilkes and Hattie McDaniel was Mammy, the longtime maid to Scarlett O'Hara.  This epic put both women in the Oscar category for Best Supporting Actress of 1939.  McDaniel was the first black person to be nominated for an Oscar.  She was the first to win. 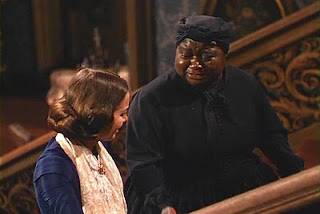 She's a maid for a white Southern family in Huston's movie too but with an added contemporary depth.  Minerva is a modern woman and a working mother. 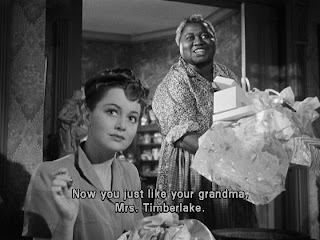 In This Our Life, based on a Pulitzer Prize winning book, is a tale of neurotic family betrayal, family seediness and sibling rivalry. It's also a sharp, honest and daring look at modern-day race relations.  We watch basically for the bad sister/good sister drama but, in the opening shot, Huston sets us up for a strong racial element.  We see a loading dock on an elevated platform.  The dock divides the screen in half.  White men work on top.  Black men on the bottom.  McDaniel's Minerva, like Mammy, is a family maid.  But here, McDaniel is given more to play than she often was.  She works to help put her son, Parry, through law school.  He's head of his class scholastically.  She works for white people to give her son a better life than she's had...and her son makes her proud.  Parry also works and Roy Timberlake admires the intelligent, well-spoken young man.  He's had educational opportunities his mother didn't.  Times have changed.  Somewhat. 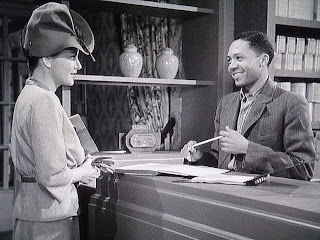 In friendly chat about his career plans, Parry comments to Roy that it seems easier for a black person to move up within a black-owned business than it does for a black person to move up within a white-owned business.  Slavery no longer exists. Black people can no longer be sold and purchased like in Gone With The Wind.  Yet, Minerva is well-aware that her freedom in America is limited.  Some of Stanley's "broomstick" antics include drinking and driving too fast.  She gets behind the wheel one night and hits two pedestrians.  A mother and child.  The child dies after the hit and run accident.  Stanley blames the crime on Parry.  Authorities are quick to  believe that a black man did it and Parry is immediately jailed.  Like his mother, he's aware that his freedom in America is limited.  It's like Huston's establishing shot -- white men on top.  Black men on the bottom. 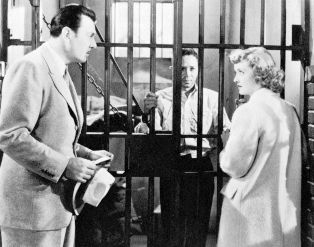 Don't think this element is 1940s Hollywood melodrama.  Remember the Susan Smith case of 1994?  She told national press that a black man had carjacked and kidnapped her two little children.  The country immediately believed her.  Then it was discovered she herself had killed her kids.  Roy visits the grieving Minerva.  Watch how McDaniel plays Minerva as trying to "keep her place" opposite the compassionate white woman but also determined to tell her truth -- that Parry was home with her studying that night and could not have been driving Stanley Timberlake's car.  Minerva looks caught between barbed invisible margins of racism in the Land of the Free.  The protective mother is afraid of crossing a racial line in pleading her child's case.  Fortunately, Roy believes her.  Another bold move for a 1940s Hollywood film.  A white person will do the right thing by a black person in the name of justice, even if it means exposing a family member as a liar.  You only wish McDaniel had had more screen time with this role.  It's evident that she and de Havilland had great rapport onscreen.  They were excellent together again.  In the trailer for In This Our Life, Hattie McDaniel's name is not seen.  Neither is her face.  And she was an Oscar winner.  Parry was played by Ernest Anderson.  This was his first film and, reportedly, Bette Davis pushed to get him the role and to let him play it his way.  He didn't feel Parry would have the usual dialect Hollywood assigned black performer's to do back then -- like "Yassuh, Boss.  She sho' is pretty."  Bette Davis and John Huston enabled him to play Parry Clay with dignity.  Mr. Anderson made the right choices for his character. 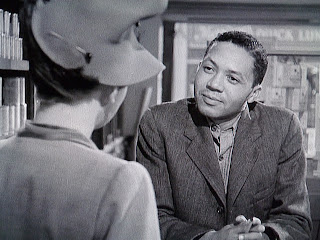 Ironically Ernest Anderson was a black actor in a white-owned industry.  After working with John Huston, Bette Davis and Olivia de Havilland in this A-list film, his following roles were "Elevator Operator," "Houseboy" or "Train Porter."  In Vincente Minnelli's 1953 musical classic, The Band Wagon, he has lines with Fred Astaire at the beginning as a train porter.  In 1959, he played a train porter doing dialogue with Eva Marie Saint in Hitchcock's North By Northwest.  Come the 1960s, television let the actor once again play featured characters with names.  He reteamed with Bette Davis in the film that earned her her 10th Oscar nomination for Best Actress.  The 1962 trend-setting box office hit was What Ever Happened To Baby Jane?  It co-starred Joan Crawford. 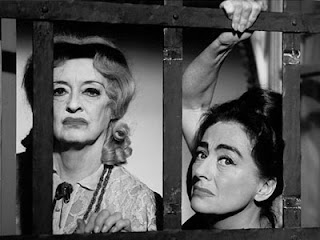 Again, we saw Bette showcasing sibling rivalry between sisters.  This time, older decaying sisters who live in an older decaying Hollywood mansion.  Bette as Baby Jane decides to drag her sister, Blanche, out of the house for a day at the beach.  (And I do mean drag her out of the house.)  Jane goes to buy them ice cream cones.  Guess who plays the guy behind the counter at the refreshment stand?  Yes, sir.  Ernest Anderson. 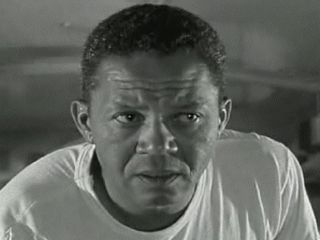 In This Our Life.  Directed by John Huston.  Starring Oscar winners Bette Davis, Olivia de Havilland and Hattie McDaniel.  It's available, thanks to Warner Archive, as part of the Bette Davis Collection: Volume 3.