Film director William A. Wellman. Nicknamed "Wild Bill" Wellman, he seemed like the kind of guy you wanted to hang out with and have a few beers on a Saturday night. He was a handsome and likeable sport who apparently lived a life full of adventure and love. 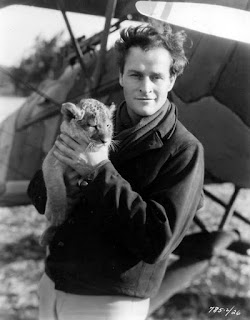 He put adventures and love into his films. When I was a kid and discovered classic films on local TV, one of the first dramatic films that made a deep impression in my mind and gave me chills with its final image of "crime does not pay," was 1931's THE PUBLIC ENEMY. It starred James Cagney as a killer gangster. The actor shot to fame with his performance in Wellman's film. The director was one of Hollywood's best. 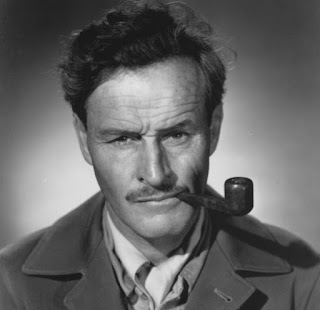 Wellman's films could be tough, tender, far-fetched and funny. Some of his other films are the original A STAR IS BORN (1937), the screwball comedy NOTHING SACRED (1937), ROXIE HART (1942 and with a story redone years later in the movie musical CHICAGO starring Renee Zellweger as Roxie Hart), THE OX-BOW INCIDENT (1943), BATTLEGROUND (1949) and the far-fetched sky drama THE HIGH AND THE MIGHTY (1954). THE HIGH AND THE MIGHTY is colorful, star-studded and action-packed. It's one of the top influences on the 1980 comedy, AIRPLANE! An engine dies during a commercial airline flight from Hawaii to San Francisco. One young pilot (Robert Stack) has a fear of responsibility. The senior pilot (John Wayne) is considered too old to be in the cockpit and he has a permanent limp. During the sky-high crisis, we see flashbacks in the lives of the passengers. The passengers range from a happy vacationer to a bickering married couple to a former beauty queen-turned-floozie. At one point, in order to make the flight lighter and conserve fuel, a crewmember opens a door in flight and the passengers line up to help throw their luggage out of the plane thus making the plane weigh less. See what I mean about far-fetched? THE HIGH AND THE MIGHTY was a box office blockbuster. It brought William A. Wellman an Oscar nomination for Best Director. Wellman directed a silent film about American buddies who become fighter pilots in World War I. The 1927 adventure, WINGS, won the first Oscar ever given for Best Picture. I thought about 1927's WINGS when I watched 1917, an Oscar nominee this year for Best Picture that also had a story set in World War I. Technically marvelous and well-acted, 1917 still felt hollow to me. Director Sam Mendes gave us great tracking shots in 1917 but there wasn't much of a soul to his story -- especially in comparison to Wellman's World War I story. 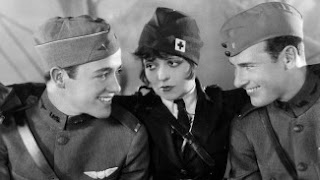 Wellman combined style and substance.  And his work still feels fresh. In his silent film from the 1920s, we see male nudity -- the bare butts of men in showers. We see male soldier friends embrace. We see a man-to-man kiss. We see two openly affectionate lesbians at a table in a Paris nightclub. Wellman's WINGS was bold, thrilling and influential. Look at this clip of a tracking shot in a Paris nightclub where one American G.I. is relaxing. Notice the lesbian couple at the third table.

For proof of William Wellman's influence, look at the clip from 2017's STAR WARS: THE LAST JEDI paired with the tracking shot from 1927's WINGS.


In Wellman's classic, Charles "Buddy" Rogers and Richard Arlen starred as the two American friends who become fighter pilots. Arlen played the seriously wounded comrade. Here's the now-famous scene of physical male affection, the likes of which would disappear when the Hollywood production codes and censorship took hold in the 1930s.


Now here's a trailer for the 1927 Oscar winner that also starred Clara Bow and, in a short role, featured a screen newcomer named Gary Cooper.