The late, great Anne Bancroft would be so proud of her son.  Anne Bancroft, that first-class Broadway and film actress who won the Best Actress Oscar for recreating her acclaimed Broadway performance as Helen Keller's teacher in THE MIRACLE WORKER and became the most interesting character with her performance as the amoral Mrs. Robinson in THE GRADUATE, was the Catholic Italian who married a funny Jewish guy named Mel Brooks. 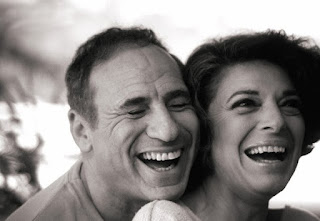 Their son, Max Brooks, is a successful novelist. Max is in his 40's. His dad is in his 90's. Max recently posted this public service announcement on Twitter to stress the importance of following orders from health officials in this weird time of the coronavirus pandemic.


I heard Max interviewed on National Public Radio once. Wow. What an impressive, knowledgeable guy -- and, if you loved his mother, your love increased if you heard him talk about her in that interview. He's dyslexic. When he was a kid in school, teachers were not really aware of dyslexia. Some thought he was just goofing off or trying to avoid doing his schoolwork. His mother sensed that something else was at play. She took a year or more off from her very successful career to school herself on dyslexia and then become his educational advocate and teacher. Remember her role as Annie Sullivan in THE MIRACLE WORKER? In a way, life imitated art. She turned herself into a real-life Annie Sullivan for her own child. 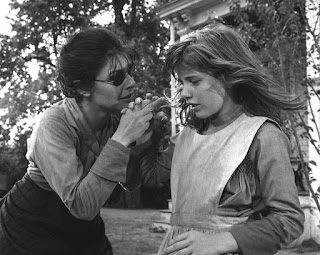 It's Thursday. Today, I watched the CBS THIS MORNING news program. One segment focused on our eating habits during this virus crisis. Registered dietitian Samantha Heller had tips on what to eat while stuck indoors with family members. She was asked what foods we should buy to keep in our pantries. The first item she mentioned was beans. Buy a variety of beans. Plenty of beans -- because they're healthy and can be used in several dishes. With that in mind, I leave you with a moment from BLAZING SADDLES, a classic western from filmmaker Mel Brooks. Thanks for your time.