If you've followed these blog posts of mine for a couple of years, you know that I've been a devoted fan of TCM (cable's Turner Classic Movies) since 1999. That same year, I had a terrific time interviewing screen legend Tony Curtis live on the popular local morning show, GOOD DAY NEW YORK. Staff members in their 20s dropped over to the set to see the star of SOME LIKE IT HOT, THE DEFIANT ONES, SWEET SMELL OF SUCCESS and other classics promote his TCM appearance. Host Robert Osborne would be interviewing Tony Curtis in a PRIVATE SCREENINGS special. A TCM representative was in the studio accompanying Tony Curtis and enjoying our interview. As for Robert Osborne, I miss him. He was an exceptional TV host, knowledgeable and charismatic. He had voice and manner that were soothing. Comforting. Like Steve Allen (star of 1956's THE BENNY GOODMAN STORY) and Jack Paar (who acted opposite Marilyn Monroe in 1951's LOVE NEST), he was a guy who had acted but being himself on TV as a host made him a much bigger star than any acting role had. 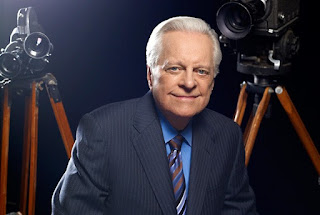 One of the things that made Osborne so great to watch was that he was totally cool without trying to be cool. Did Sandy Koufax, Dave Brubeck and Cary Grant try to be cool and classy? No. They just were and made their work as good as it could be. That was Robert Osborne. On TV, my career as a film critic and entertainment contributor started in 1979. My national exposure started in 1982. I read Robert Osborne's column in The Hollywood Reporter as part of my homework. I watched him on the weekday CBS broadcast, THE MORNING PROGRAM. One report he did made me want to shout with joy. Osborne was discussing books about the men who were heads of studios. He felt that the late, great Ashley Boone deserved to be included in such books, but was not. Boone, an African American, was a beloved and smart Hollywood executive who pretty much ran 20th Century Fox for half a year in the 70s when the studio was in a state of disarray. He was the marketing whiz behind STAR WARS and other Oscar nominated features. The achievements of African Americans are often overlooked or ignored or minimalized -- as are their talents -- in Hollywood history. The playing field has not been level for black people in the field of entertainment. Look at the 1980s: When each network morning news show had a weekly film critic and pairs of film critics on syndicated film review shows were popular, not one critic was black. On film channels like AMC when it was American Movie Classics, not one regular host was black. Norman Jewison met with repeated rejection as he tried to raise money to shoot A SOLDIER'S STORY because it had a predominantly black cast. He was told "Black stories don't sell." Jewison got it made -- and it was an Oscar nominee for Best Picture of 1984. Osborne's attention made me proud. I knew of Ashley Boone. This was years before TCM existed. 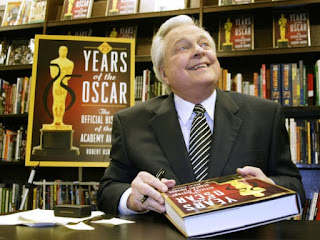 I wrote a blog post about Ashley Boone in 2012. Weeks ago, Scott Feinberg wrote an article about Boone in The Hollywood Reporter. Osborne's mention of Ashley Boone in the 1980s made me an ardent Robert Osborne fan.

From 2006 to 2008, I worked with Whoopi Goldberg on her national weekday morning radio show. Our studio was in Manhattan near the Broadway theatre district. Whoopi hired me to do movie reviews and give classic film recommendations for DVD rentals. TCM executive Darcy Hettrich had received a few of my demo reels. She contacted me to ask if I could put her in touch with Whoopi's agent or manager so TCM could ask if Whoopi would consider being a Guest Programmer for one show with Robert Osborne. Darcy figured the whole process of sending a request and getting a yes or no response would take two weeks or more. I got Darcy's email at 4:00am when I logged onto my home computer to check messages before heading to the studio to do our radio show which started at 6:00am. I wrote back to Darcy that I'd have an answer to her before lunchtime that day. It wouldn't take two weeks or more.

I sat right next to Whoopi, shoulder to shoulder, when we performed together on the radio show. I got to the studio, asked her if she'd like to be a Guest Programmer with Robert Osborne for one TCM taping. She immediately answered, "Yes!" I told her to think of four movies she'd like to present. Her first pick was FUNNY GIRL. I gave Darcy Hettrich at TCM the good news before lunchtime that day. Whoopi did the show.

Around that time, I was a contributor on a national cable TV magazine program aimed at baby boomers. It was called MY GENERATION. A longtime friend and former co-worker was on the production team. I pitched doing an interview of Robert Osborne. I pitched his baby boomer appeal in these areas:

* His TV career really started to take off when he was in his 50s.
* His mentor was Lucille Ball, a TV legend to us baby boomers who loved her in I LOVE LUCY. 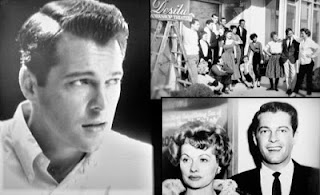 * He was bringing a younger generation into the appreciation of classic films because 20 & 30-somethings loved watching him on TCM.
* He promoted diversity in his work --like making people aware of Ashley Boone.

My friend on the production staff called to let me know that our boss, the executive producer, loved the idea. I contacted TCM publicity to see if Robert Osborne would be available for a taped interview that would take place in a suite at a major hotel in the theatre district. I'd contacted the hotel. The representative said, "Of course, we can give you a room. All we ask is that you mention the hotel -- and allow a few of us on the hotel staff to ask Mr. Osborne for his autograph." TCM P.R. could not have been more helpful. Mr. Osborne would be available. The location was convenient. And he'd be willing to give autographs.

Then my friend called to say, "After I tell you this, you will know why I'm leaving the show." The executive producer, who described himself as an aging hippie, loved my previous pieces for the show. However, he felt the Osborne interview would need "shtick."

She hated the idea -- and so did I. Bill Boggs, once a very popular talk show host on New York City TV, was also a contributor on MY GENERATION. He'd recently interviewed pianist/singer Michael Feinstein. But did he have to dress up like Liberace to conduct the interview? No. I said that to the executive producer when I got him on the phone and asked why a middle-aged black man with national TV and radio credits would have to put on a dress to do an interview. First of all, it would be insulting to TCM and Mr. Osborne to treat his work and the channel as a joke. Second, it was not a Carol Burnett sketch. I wanted to do a serious and informative interview. Third, I found it racially insulting to be asked to do that.

He replied that I either did some shtick or I could not do the interview for air. With extreme reluctance, I canceled the interview out of respect for Robert Osborne. And myself.

Robert Osborne was a class act -- and deserved to be treated as such. 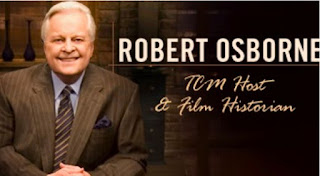