TCM, Turner Classic Movies, celebrates its 25th birthday this month. Prime time host Ben Mankiewicz will make history. He'll make history not just by doing a commendable job following in the on-air talent footsteps of the late, great original host, Robert Osborne. With the scheduled TCM Fan Dedications, we will see some rare racial inclusion and diversity in an area of TV programming. For decades, there has been a thick wall put up by TV executives that has blocked people of color from jobs as weekly film critics on news programs and syndicated film review shows. Movie critics on TV were all predominantly white males. A similar wall existed in selecting hosts for classic movie channels. Remember the old days of AMC when it was American Movie Classics? All the hosts were charming white guys. The in-studio TCM Fan Dedications will have race/gender and age diversity. Glory Hallelujah! 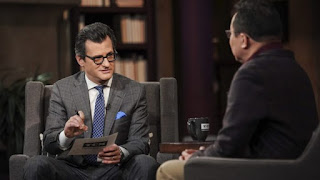 From the 1980s to now, truthfully, we African-Americans have not seen representations of ourselves when we watch film review segments and movie hosts on TV. We were excluded from the new film and classic film general discussion. Gene Shalit on NBC, Joel Siegel on ABC, Siskel & Ebert in syndication, David Edelstein on CBS Sunday, Leonard Maltin, Richard Roeper, Rex Reed, Jeffrey Lyons, Ben Lyons, Billy Bush... all white males. What made us Black folks in the entertainment news field grit our teeth in frustration and anger -- especially in New York City -- was that producers were aware of our existence, aware of our skills and our willingness to work on-camera, but they passed us over UNTIL February arrived. Then they'd politely ask us if we could put together segments for Black History Month for the sake of their shows looking politically correct.

The long, long lack of racial diversity implied that we African-Americans don't care about new films, unless they're Black films, and we don't care about classic films, unless they're Black films. This is wrong and racially offensive. I write that as a man who has had his own talk show, been a film reviewer and entertainment news contributor on network TV and was a contributor to ENTERTAINMENT WEEKLY magazine.

Classic films are my sweet addiction. By the time I started 3rd grade in South Central L.A., Fred Astaire was my favorite classic film star. In high school, I was the youngest and first Black contestant on a syndicated film trivia quiz show called THE MOVIE GAME. My celebrity teammates were Phyllis Diller and Hugh O'Brian. I also became the show's youngest winner answering questions like "What was the name of the boat in the MGM musical HIGH SOCIETY?" and "Who was the skating star of 20th Century Fox?" I started my professional broadcast career in radio. I was the new part time reporter who got soundbites from Bette Davis, Sylvia Sidney and Maureen O'Sullivan.  I've been a TCM devotee in 1999. After 2003, I even pitched myself to TCM for employment a few times. Not for on-air work. For work in promotions, marketing or to write copy for Ben Mankiewicz. Not that he couldn't write his own, mind you. But, when he was new, some of his intros had trivia I'd already heard many times already.  I felt I could give him some new stuff, stuff I'd gotten from my VH1 talk show in the late 80s. For instance, here's a short clip from my Paul McCartney interview. I never read this classic film fact about Paul in any bio about The Beatles.
Frankly, this Fan Dedication programing will blessedly take the "TCMSoWhite" edge off the channel. The April 9th VARIETY article on "TCM at 25" listed its hosts and guest host talent.  The current foursome of hosts is a Caucasian Quartet, if you will. The 12 guest co-hosts for The Essentials were as white as a dozen eggs from Whole Foods. The Guest Programmers since 2017 have been white.  The TCM Wine Club spots are full of white folks. You don't even see any Black actors on the wine bottles. There's no Sidney Poitier Pinot Noir, no Hattie McDaniel Merlot, no Godfrey Cambridge Cabernet.

Veteran African-American broadcasters who have covered entertainment for quite some time have been keenly aware of Hollywood's "Black stories don't sell" barrier. Black filmmakers could not get projects greenlit. Black actors couldn't get work and, often, couldn't get agent representation because the industry's limited view of Black talent. And not just Black filmmakers experienced this shut out. After IN THE HEAT OF THE NIGHT won the Oscar for Best Picture, director Norman Jewison couldn't get funding for A SOLDIER'S STORY. Why? Because it had a predominantly Black cast and Hollywood proclaimed "Black stories don't sell." Since we Black entertainment reporters were hip to this Hollywood exclusion, we were committed to using our skills to help underdog talent get attention -- filmmakers of color, women directors and such. The problem was, we too were trying to get the same on-air opportunities that white talent constantly got. We reporters could not get auditions and agents.  Take a look at this short video of mine. By the way, all the work in this is work I got on my own -- because broadcast agents said that they wouldn't know what to do with me.
Seeing Black people with Ben Mankiewicz talk about classic films and not be limited to talking about movies within the "Black Film" category will be supremely refreshing and groundbreaking. TV does not frequently give us that opportunity. The playing field has not been level. It's time people became aware of that. Representation matters.  Happy Birthday, TCM. Good work, Ben Mankiewicz. The nights of in-studio TCM Fan Dedications start Monday, April 15th, at 8p ET. 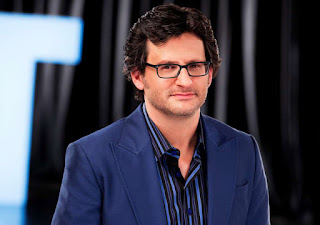 Here's another taste of my VH1 show.