Color and the Classic Film Conversation

Jubilant and proud.  That is how I felt went Jordan Peele's name was announced as the Oscar winner for Best Original Screenplay.  GET OUT, a brilliant and blistering social horror thriller about modern-day racism, made Jordan Peele the first African American in all 90 years of Academy Awards history to win the Oscar in that category.  I think the late James Baldwin would have loved the stinging, accurate boldness of GET OUT. 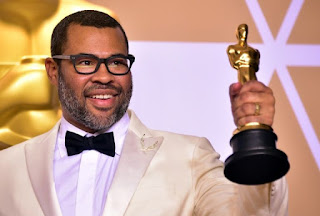 Jordan Peele was also in the Best Director category -- along with Greta Gerwig for LADY BIRD, Paul Thomas Anderson for PHANTOM THREAD, Christopher Nolan for DUNKIRK and Mexican director Guillermo del Toro for THE SHAPE OF WATER (winner).  I also loved the race, gender and age diversity in that category this year.  THE SHAPE OF WATER also won for Best Picture. 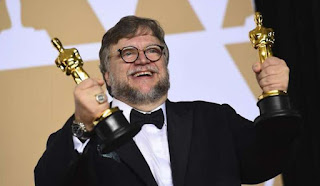 If you see THE SHAPE OF WATER, it has strong visual references to Charles Laughton as THE HUNCHBACK OF NOTRE DAME (1939).  It also has moments from 1940s Fox musicals starring Betty Grable and Alice Faye.  In fact, a Best Song Oscar winner, "You'll Never Know" is an important song in THE SHAPE OF WATER.  Alice Faye introduced that song in HELLO, FRISCO, HELLO (1943).  It's the same song you hear in the opening scene of Scorcese's ALICE DOESN'T LIVE HERE ANYMORE (1974).  The tune is important to the mute lady and the merman in THE SHAPE OF WATER. 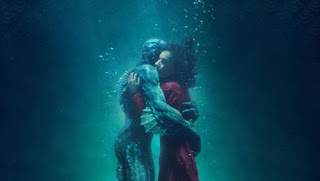 THE SHAPE OF WATER was greatly influenced by visuals and costuming in 1954's low-budget, popular black and white film, CREATURE FROM THE BLACK LAGOON.  A set for one scene copies the "Let's Face the Music and Dance" art deco set in 1936's FOLLOW THE FLEET, a classic musical starring Fred Astaire and Ginger Rogers. 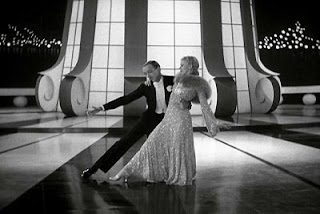 Jordan Peele has said that the films ROSEMARY'S BABY, THE STEPFORD WIVES, NIGHT OF THE LIVING DEAD and GUESS WHO'S COMING TO DINNER inspired him as he wrote GET OUT.

The point is -- we people of color know something about classic films.  We watched them. We studied them. We were inspired by them. We should be added to the conversation on TV whether as entertainment reporters or as movie hosts.  Remember the old days of AMC when it was American Movie Classics?  There were fine hosts on the channel then but the only black host was Whoopi Goldberg for a special limited engagement.  And she was there because she's an Oscar winner.  The other hosts were all white males.

All white males telling me why I needed to see films like THE COLOR PURPLE, MALCOLM X, THE HELP, 12 YEARS A SLAVE and FENCES.  A few months ago, Tiffany Haddish was a tremendous hit at the New York Film Critics Circle awards when she won Best Supporting Actress for her comedy film, GIRLS TRIP.  In her acceptance speech, she said that she didn't know so many film critics existed.  The only ones she ever saw were Siskel & Ebert on TV.

She and I are of two different generations.  Yet, we both grew up only seeing mostly white male film critics and movie historians on TV.  Neither of us saw any racial diversity in that TV field nor any representation of ourselves and the world we know.  We were left out of the conversation by people in programming, people who -- like characters in GET OUT -- considered themselves to be sophisticated liberals.