Beyoncé's Dad Is My Podcast Guest

Mathew Knowles is the proud papa of Beyoncé, one of the most famous and fascinating entertainers in show business right now.  What the star sings and what she wears always make entertainment news headlines. 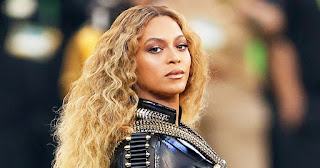 Beyoncé and her husband, Jay-Z, are most definitely a top power couple in the music business. 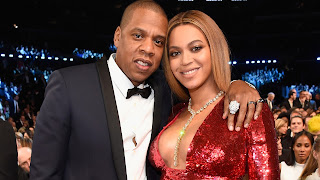 Mathew Knowles distinguished himself in the music business.  He has had great success in it, yet he still felt the sting of racism.  In his new book, RACISM FROM THE EYES OF A CHILD, he writes his memories and observations of race in America from his childhood during the Civil Rights era of Dr. Martin Luther King's marches to our racial pride when Barack Obama was elected President of the United States to such modern-day horrors as white supremacists marching through Charlottesville, Virginia in August 2017 during the Trump administration.  Mathew Knowles and I talk about race, class, success, therapy, his marriage to Tina Knowles (the mother of Solange and Beyoncé) and the legacy of Dr. Martin Luther King in relation to today's youth.  Yes, I do also mention Beyoncé during the interview.  Mr. Knowles has a website you can visit:  www.MathewKnowles.com.

I open the podcast episode by telling my co-host, Keith Price, that the April cover of VANITY FAIR is great and groundbreaking.  Actress, producer and Emmy-winning comedy writer Lena Waithe is on the cover and the magazine let Lena be Lena.  She is her fabulous, talented lesbian self.  VANITY FAIR didn't try to make her look girly. 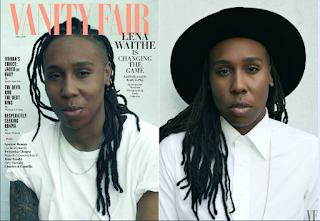 In the podcast following the Mathew Knowles episode, Keith and I open with a few glowing words about a Brazilian actor who is...ok, let's just say it....a gorgeous hunk.  And a very fine actor.  His name is Rodrigo Santoro.  Millions saw him play the bald and bejeweled villain in the action/adventure 300, a story set in the days of ancient Greece. 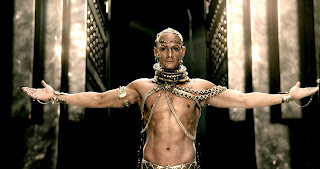 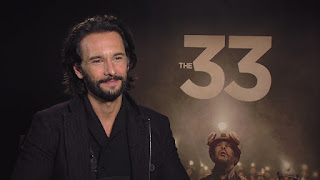 Santoro had a role in a film that boasted one of Jim Carrey's best performances.  The 2009 movie is called I LOVE YOU PHILLIP MORRIS.  Ewan McGregor co-starred and he's also excellent.  As usual. But you probably didn't see the movie.  I explain that point to Keith in the show.  Here's a trailer I LOVE YOU PHILLIP MORRIS:
I'll also tell you about GOOK, an indie film set in 1992 Los Angeles during the time of the tense Rodney King trial.  Justin Chon plays the lead character.  He also wrote and directed the film.  The young filmmaker should be extremely proud of himself.  Here's a taste of his film:
I will politely disagree with famous veteran filmmaker Steven Spielberg about his recent comments regarding Netflix features and I'll tell you what's new with the legendary Rita Moreno.  Plus, I give you a new look at her most dramatic scene in WEST SIDE STORY, the classic movie musical that brought her the Oscar for Best Supporting Actress of 1961.  The film won several Oscars, including Best Picture.  Reportedly, Steven Spielberg plans to remake the beloved film.  But who could ever match Rita Moreno's brilliance as Anita? 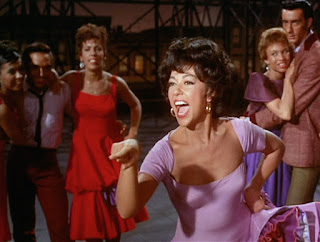 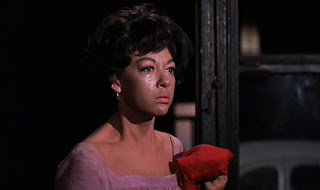 There you have it.  A sample of what's coming up soon in our next two MOCHAA podcast episodes.  Check here to see when they're posted: www.MOCHAA.podomatic.com.