A Dress I Love: THE MAN WHO CAME TO DINNER

It's now one of my favorite classic films to watch during the Christmas season.  It's brisk, goofy, glamorous and has big stars at Warner Brothers in a yuletide comedy.  The movie is 1942's THE MAN WHO CAME TO DINNER based on a Broadway hit in which dozens of celebrity names were dropped.  Monty Woolley plays Sheridan Whiteside, the role he originated on Broadway.  This volatile, meddlesome yet sentimental man in a wheelchair is loosely based on then popular theatre critic and radio personality named Alexander Woollcott.  Woollcott was a member of the famed Algonquin Table.  Bette Davis plays Whiteside's his long-suffering personal secretary, wrangler and friend, Maggie Cutler. 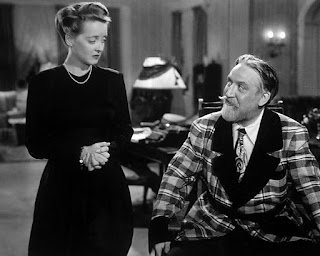 This New York City celebrity is on a personal appearance tour.  While in a small town, he breaks his leg and is confined to wheelchair in the home of a married couple with two grown children.  Well...Sherry thinks he's broken his leg.  He's really fine but he stays in the wheelchair.  He soon disrupts and takes over the household, inviting celebrity friends to pop over and giving sage advice to the two grown and frustrated children.  Because of him, things are topsy-turvy as Christmas Day approaches and Maggie works overtime to keep it all under control. 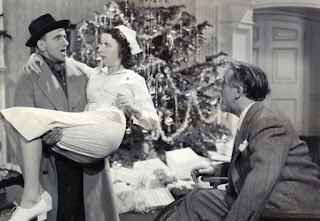 A private nurse is hired for the faker in the wheelchair.  Mary Wickes made her film debut as Miss Preen.  She and Monty Woolley were the only members of the original Broadway cast who repeated their roles in the film.  Maggie falls in love with a local reporter during the stay.  But Sheridan Whiteside has invited his fabulous friend, Lorraine Sheldon, to come over for a Christmas visit.  And to vamp her way into the getting the lead in a great play written by a local aspiring playwright.  The playwright happens to be Maggie's boyfriend reporter.  Ann Sheridan hits a major home run as the bitchy man-trap of a Broadway star. 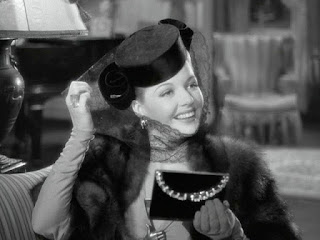 That small town has never seen the likes of Lorraine Sheldon.  She carbonates the hormones of every red-blooded straight male she sees.  Sheridan Whiteside is a good friend to have.  He's been helpful in her career.  And he knows that Lorraine and Maggie are sophisticated rivals.  They can't stand each other. 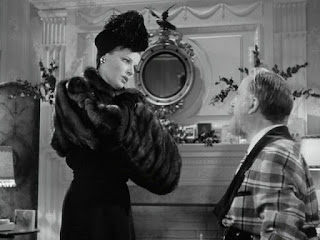 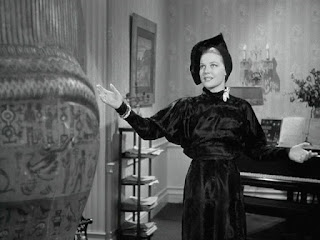 No matter how famous Lorraine has become, no matter how much she has re-invented herself as a queen of Broadway, no matter how determined she is to wed her way into British society, there's still a touch of the Kansas City dame about her.  We see that in my favorite dress this vamp wears to meet a talented new playwright. 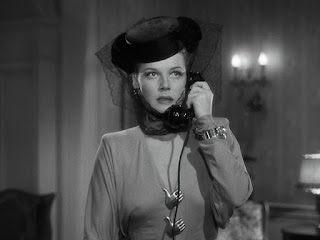 Check the clasp detail on Sheldon's dress.  It makes Lorraine look like her boobs are hitch-hiking. 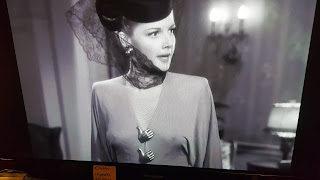 It's so deliciously suggestive.  Chic and sophisticated with a slight unmistakable touch of the gutter.  I love it. The costume designer was the great Orry-Kelly.

Warner Brothers' popular star Ann Sheridan was nicknamed "The Oomph Girl" as the studio strapped her with a glamour girl image. 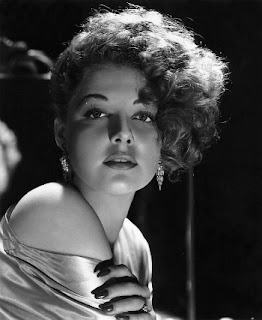 But Ann could act -- as she proved in the drama KING'S ROW -- and she had the right stuff for comedy as she proved in THE MAN WHO CAME TO DINNER.  She's one of the few actresses who ever stole scenes from Bette Davis in a Warner Brothers film.  This Christmastime comedy really sizzles when Ann Sheridan shows up.

THE MAN WHO CAME TO DINNER was done as a special telecast on NBC in 1972.  Orson Welles took on the Sheridan Whiteside role.  It wasn't very good.  But Mary Wickes got to repeat her Miss Preen role yet again. 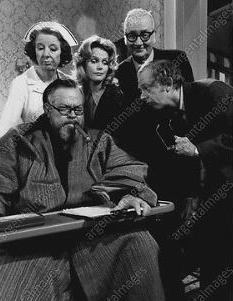 Mary Wickes played a private nurse opposite Bette Davis in THE MAN WHO CAME TO DINNER and in NOW, VOYAGER.  In the 1960s, they played co-workers in an ABC sitcom pilot for Aaron Spelling called THE DECORATOR.  I kid you not.  A sitcom pilot.  Bette played an interior decorator.  The sitcom pilot didn't get picked up.

Happy Holidays.  Enjoy THE MAN WHO CAME TO DINNER.  And dig that dress.