A Shot I Love: THE THIRD MAN

This film is a classic in the true sense of the word and not just because it's well over 20 years old.  THE THIRD MAN directed by Carol Reed and released in 1949.  Joseph Cotten starred as Holly Martins, a poor writer who's visiting poor post-war Vienna to reunite with an old friend named Harry Lime.  When he arrives, Harry seems to be deceased.  We follow Holly and the police as they investigate under the manholes, below the surface, in the sewers.  When Harry died, who was "the third man" at the scene?  Harry left behind a woman who is still in love with him.  Holly gets answers as he goes below the surface of their friendship.  There's a lot of mystery.  You have the feeling that Holly is being watched.  Some people are reluctant to talk about Harry Lime.  Cinematographer Robert Kraskher gave us classic, gorgeously atmospheric black and white shots.  You other classic film fans could frame stills from THE THIRD MAN and put them on your walls as art. 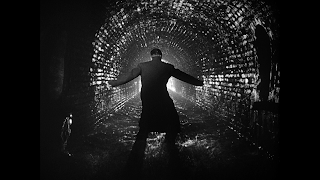 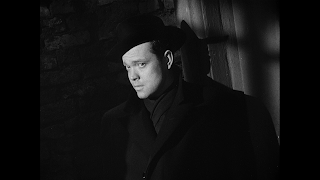 The opening credits of the film are now famous too.  Zither music was used to play what became "The Third Man Theme."  The zither music was novel and different. 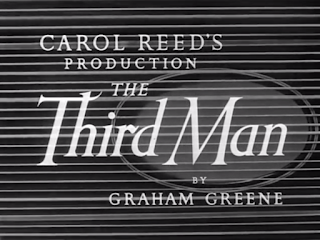 The year after the film's release, "The Third Man Theme" topped the international music charts.  The zither was even referenced during the "Girl Hunt" murder mystery jazz ballet number with Fred Astaire and Cyd Charisse in Vincente Minnelli's THE BAND WAGON (1953). 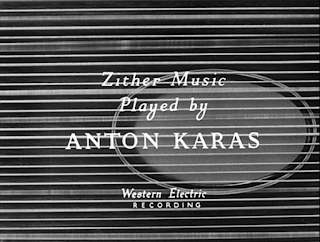 I also love this shot in the opening credits as the zither music plays and sets the tone for this tale.  Why do I love that credits shot so much?   For years, I always watched that credits shot and assumed it was just a zither as it played.  Then, during one repeat viewing, it hit me that it could also be a view from above street level.  A viewpoint of someone peering through blinds at a manhole on the street.  That makes sense if you've seen the movie.  There are two ways of looking at that opening shot -- just as Holly discovers there are two way of looking at his friend, Harry Lime. 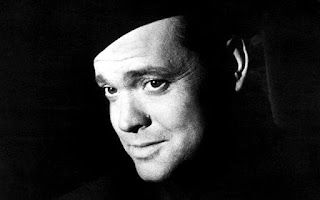 THE THIRD MAN is a masterpiece.