This actor, Joel Edgerton, is a wonder from Down Under.  Last week, in my October posts, I blogged "I'm Ready for LOVING" because I am so eager to see this Australian's new film.  It's called LOVING and the title works more than one way.  The name of the married couple at the heart of this film is Richard and Mildred Loving.  Joel Edgerton has the lead male role. 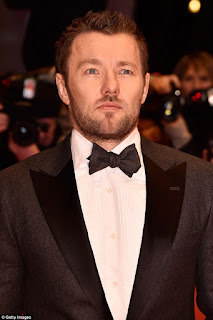 I was a child of the Civil Rights era.  When I was a little boy, Mom and Dad had me watch Dr. Martin Luther King's March on Washington which was a live CBS News special telecast the day it happened.  Richard and Mildred Loving took their fight for Civil Rights to the Supreme Court.  They were charged with breaking the law and they were sentenced to prison because they fell in love and got married.  He was white.  She was black.

In the 1950s interracial marriage was still illegal in several American states.  Things changed in the 1960s because of the Supreme Court ruling on Loving v. Virginia. 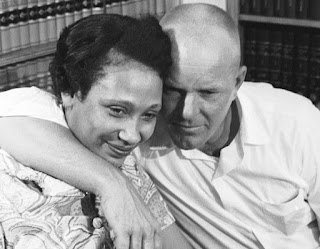 I was first charmed by Joel Edgerton's versatility when I saw him in the 2005 British comedy, KINKY BOOTS.  He played shy, conservative Charlie.  Charlie inherits a failing shoe factory. 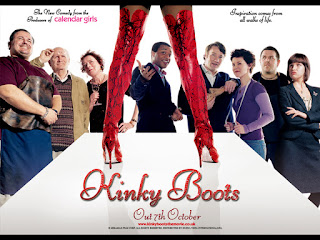 With the help of a drag queen cabaret performer, played fabulously by Chiwetel Ejifor (later of 12 YEARS A SLAVE), Charlie learns how to turn his factory's fortune from bad to good. 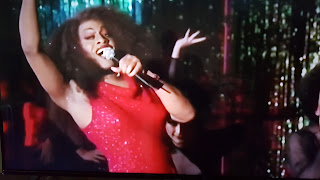 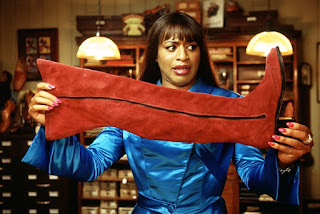 He teams up with the queen to manufacture kinky boots.  The boots were the queen's idea.  Charlie becomes less straight-laced and uptight thanks to his partnership with "Lola". 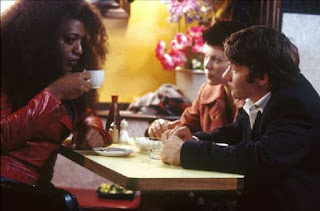 The film was adapted into what is now a huge Broadway musical comedy hit.

I was lukewarm on the bloated, overly glitzed up, hollow remake of THE GREAT GATSBY in 2013. However, I wrote in a review that Joel Edgerton should've been a Best Supporting Actor Oscar nominee for his performance as the bigoted sportsman Tom Buchanan.

MIDNIGHT SPECIAL, written and directed by Jeff Nichols, was a modestly-budgeted science-fiction thriller that opened in June of this year.  I still feel it should've had better promotion and reached a wider audience.  True, it's not an excellent sci-fi thriller in a league with Steven Spielberg's best, but it was worth seeing.  What it lacked in a special effects budget it made up for in humanity and depth of feeling.  You cared about its characters.  A little boy with a special, supernatural gift is forced into silence and hiding by government forces.  Another force, a dark one hiding behind religion, also hunts the boy.  The boy's father will do anything to protect his son.  There's a mission to reunite the boy with his mother, a loving woman who has been treated like a misfit, a social outcast, and is separated from the boy and his father.

I interviewed Joel Edgerton and Kirsten Dunst, both stars of MIDNIGHT SPECIAL.  I learned then in press notes that his next film would have him playing Richard Loving.  I wanted to talk to him about that but you have only so much time in these movie junket interview opportunities.  However, I looked at the interview recently and noticed that the themes of love, faith, living in silence and hiding from outside forces, and the strength of family ties in MIDNIGHT SPECIAL also apply to LOVING from the glowing reviews I've read.  Jeff Nichols, the man who wrote and directed MIDNIGHT SPECIAL, also wrote and directed LOVING.  In both films, we see ordinary working class people dealing with something far bigger than they are.

Edgerton plays a faithful disciple, of sorts, to the father and child on the run in Texas in MIDNIGHT SPECIAL.  He's now seen as the Southern white man who falls in love with a black woman in LOVING.  Just like the comedy, KINKY BOOTS, Joel's new drama is based on a true story -- a story that's a plea for equality and understanding.  Here's a clip from LOVING with Joel Edgerton and Ruth Negga as Richard and Mildred Loving.

Here's my interview from earlier this year with Joel Edgerton and Kirsten Dunst of MIDNIGHT SPECIAL, written and directed by Jeff Nichols, the filmmaker who also wrote and directed LOVING.

You can find MIDNIGHT SPECIAL on DVD.  LOVING is now playing in theaters.
at November 04, 2016