If you know me or have been a fairly regular reader of my blog posts here, you know how much I loved working on VH1.  I was daily veejay and, Monday through Friday in prime time, I hosted my own half-hour celebrity talk show.  I've been a classic film fan ever since I was in the 3rd grade.  That VH1 talk show was like Christmas five times a work week for me.  Many stars of classic films from the glory days of Hollywood were guests on my show.  Kirk Douglas,  Don Ameche, Shirley MacLaine, Michael Caine, Fay Wray, Debbie Reynolds, Omar Sharif...they were some of my guests.  So was Ricardo Montalban.  Totally cool and a class act was Ricardo Montalban.  Millions of ABC TV viewers knew him as the star of FANTASY ISLAND from the late 70s through the mid 80s.  But the VH1 floor crew and I knew that Ricardo Montalban's Hollywood career went back to the 1940s at MGM. 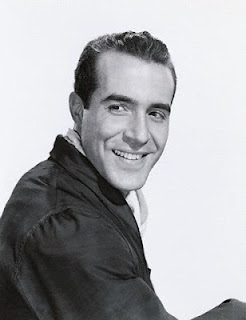 He did dramas, he did action/adventure movies, he did westerns, he did war movies like the WW2 classic BATTLEGROUND, he did love stories and he did musical comedies.  He was Cyd Charisse's dance partner in Technicolor MGM musicals.  He introduced a popular tune that won the Oscar for Best Song.  At Christmastime, you hear the song "Baby, It's Cold Outside" by various artists.  You hear it a lot.  That song made its film debut in 1949's NEPTUNE'S DAUGHTER.  He sang that song to Esther Williams in NEPTUNE'S DAUGHTER. 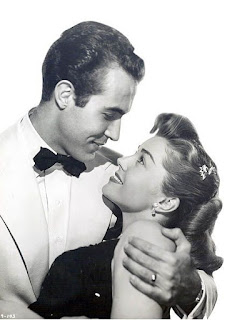 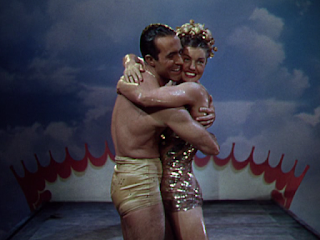 Then came his stage work with an African American show biz legend. 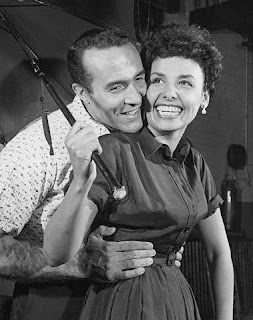 He also sang on Broadway.  He and fellow MGM veteran, Lena Horne, were the stars of the 1957 Broadway musical called  JAMAICA.  It had a score by Harold Arlen and E.Y. "Yip" Harburg, the music men who scored 1939's film classic, THE WIZARD OF OZ.  Both stars were nominated for Tony Awards. 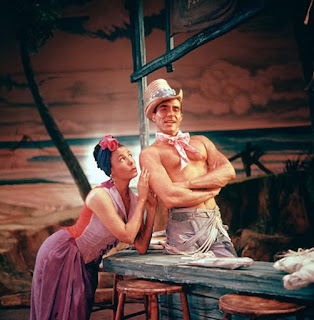 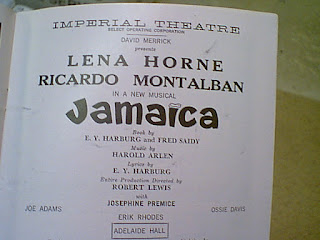 Montalban had an extensive list of film credits.  One of my favorite Ricardo Montalban movies is a 90-minute film noir crime thriller he did at MGM.  It's a good, tight, entertaining drama that I highly recommend.  And I feel it could have had another life.  The movie is 1950's MYSTERY STREET.  The talented Jan Sterling played the blonde floozie who discovers she's pregnant.  The father is a married man.  Not married to her.  He won't help her financially.  He won't even return her phone calls.  She wants to have a showdown with this upstanding citizen but she winds up dead.  Months later, her skeleton is found.   Enter Ricardo Montalban as Police Lt. Pete Morales.  This story takes place in the Boston area.  Lt. Morales teams up with Boston police and uses forensics to solve the crime.  The role of Lt. Morales fit Montalban like a glove made of "fine Corinthian leather" (as he said in his very popular TV commercials during his FANTASY ISLAND years). 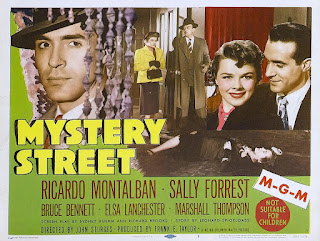 A heavy accent on forensics was rare in a Hollywood film at that time.  Also rare was an ethnic actor playing an upscale ethnic character like that.  Let's face it, the detectives who solved the crimes were usually white guys in the movies in those days.  MYSTERY STREET was a smaller film that had a big refreshing change diversity-wise.
When Mr. Montalban was on my VH1 talk show, he was very pleased to see me as host.  He was supportive.  He knew that kind of opportunity didn't frequently come to us people of color.  I was on national TV and I got a rave review from The New York Times interviewing the same caliber of guests that Dick Cavett had, that Johnny Carson had, that David Letterman was getting.  Off-camera, Mr. Montalban and I talked about the need for diversity and inclusion in our entertainment profession.

When you're a kid -- and when you get older -- you look for reflections of the world you know when you watch TV.  This is why Shonda Rhimes was livid during original casting sessions of her GREY'S ANATOMY.  She was sent only white actors.  I was lucky enough to grow up with Mexicans in my daily life during my South Central L.A. youth.  They were our next door neighbors, my classmates, my fellow altar boys in church, our priests, teachers, doctors, librarians, supermarket clerks -- and detectives.  One time a scam artist tried to bilk money out of Mom.  The con artist was unsuccessful.  Two detectives came to our house to get info from Mom.  I was a little boy and they both giggled when I said, "Wow. This is better than TV!"  Our block, our neighborhood, our circle of friends was diverse and multi-cultural.  But, on TV, the first show I recall having a lead Mexican character was the hit 1974 sitcom CHICO AND THE MAN starring the late, great Freddie Prinze.  In 1977, there was CHiPS with Erik Estrada as a motorcycle cop.

I still feel that 1950's MYSTERY STREET could have been adapted into a weekly TV series with Lt. Morales dealing with forensics every week -- like Jack Klugman did as QUINCY on NBC in the 1970s.  MYSTERY STREET would made a most watchable detective series. 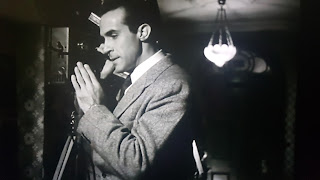 That would have been groundbreaking to see on network TV -- a lead Latino character solving crime with science, a character played by a Latino actor.  Elsa Lanchester, as she always did, stands out in a supporting role in the film.  MYSTERY STREET also has two fine dancers in the cast, but they only do dramatic duty.  They don't dance a step. 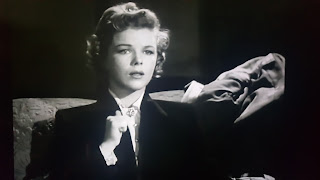 One is Sally Forrest.  She was in the company of dancers behind Gene Kelly for his St. Patrick's Day number in TAKE ME OUT TO THE BALL GAME.  One MGM history book noted that, for a short time, she was considered to be his leading lady in AN AMERICAN IN PARIS when Cyd Charisse had to bow out due to pregnancy. 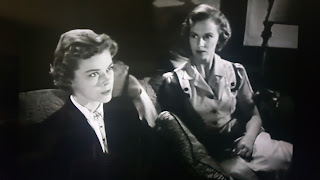 The other dancer played a diner waitress.  In real life, she was Gene Kelly's first wife.  Many classic film fans know Betsy Blair as Ernest Borgnine's shy love interest in the movie MARTY.  Blair, on the right next to Forrest in the above photo, was in the New York City production of Billy Rose's DIAMOND HORSESHOE.  She danced in the chorus of that 1940 show.  Gene Kelly worked as a choreographer.

MYSTERY STREET is available on DVD.  Check it sometime if you can.  Let me know if you share my feeling that it could've been the basis for a good TV series.
at November 02, 2016