For Producers and Publicists

Around this time of year, some TV producers and publicists ask if I have any reels that I can show them.  I am always grateful when any industry person wants to see me in action.  So, I'll use this post to promote myself, if you don't mind.   Hey, a guy's got to work, right?   The above video is my recent interview of an underground star. 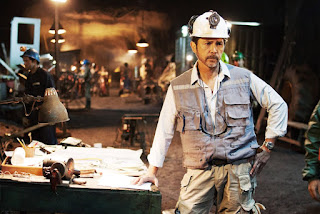 Lou Diamond Phillips hit big with moviegoers when he played the late rock music legend, Ritchie Valens, in 1987's LA BAMBA.  He followed that with fine work in STAND AND DELIVER, YOUNG GUNS and COURAGE UNDER FIRE.  TV viewers now follow him on the popular cable series, LONGMIRE.  Last month, fans saw him on big screen in a movie based on a real-life news story that made headlines all over the world.  He played one of the miners trapped way below the surface after a disaster in a Chilean mine.  All hope seemed lost.  But the 33 men were rescued 69 days later.  The ordeal inspired the movie, THE 33.  Lou and I talked about the CNN live coverage of this miraculous story. 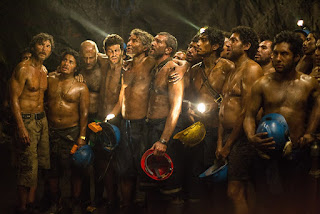 During my interview for We Got This Covered, I mentioned a special moment Lou and I had at VH1 when he was promoting his Ritchie Valens biopic. 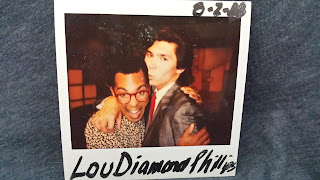 I've done other national host gigs, such as my spot on Food Network's Top 5, and I still totally dig covering entertainment in addition to doing real people segments.

My VH1 years were terrific.  I loved that job and the crew.  I'm very proud that I was the first black person to get his own prime time celebrity talk show on VH1.

To see me interview other stars of The 33 and actors from TV's Ash vs Evil Dead, please visit my Facebook page:  Facebook.com/BobbyRiversTV.  Next month for We Got This Covered, I interview cast members, the creator and the producer of a gritty new WGN America series called Outsiders.  David Morse of The Green Mile, Contact, Disturbia and Concussion starring Will Smith, plays the tough and smart head of an Appalachian clan that fights authorities to protect its old ways and customs.

To see my other reels, please visit my YouTube page:  YouTube.com/BobbyRiversTV.