Trouble in THE LOFT

Five husbands want a little nookie on the side.  They get a place for hook-ups with hot blondes.  Something goes horribly wrong.  There's a dead babe in the bed...in THE LOFT.  Who killed her?  It seems they've been set up by the murderer.  One of the guys nervously blurts, "Who'd want to frame us?"  I wanted to shout at the screen, "Probably the writer of the original script that inspired this cheesy remake!" 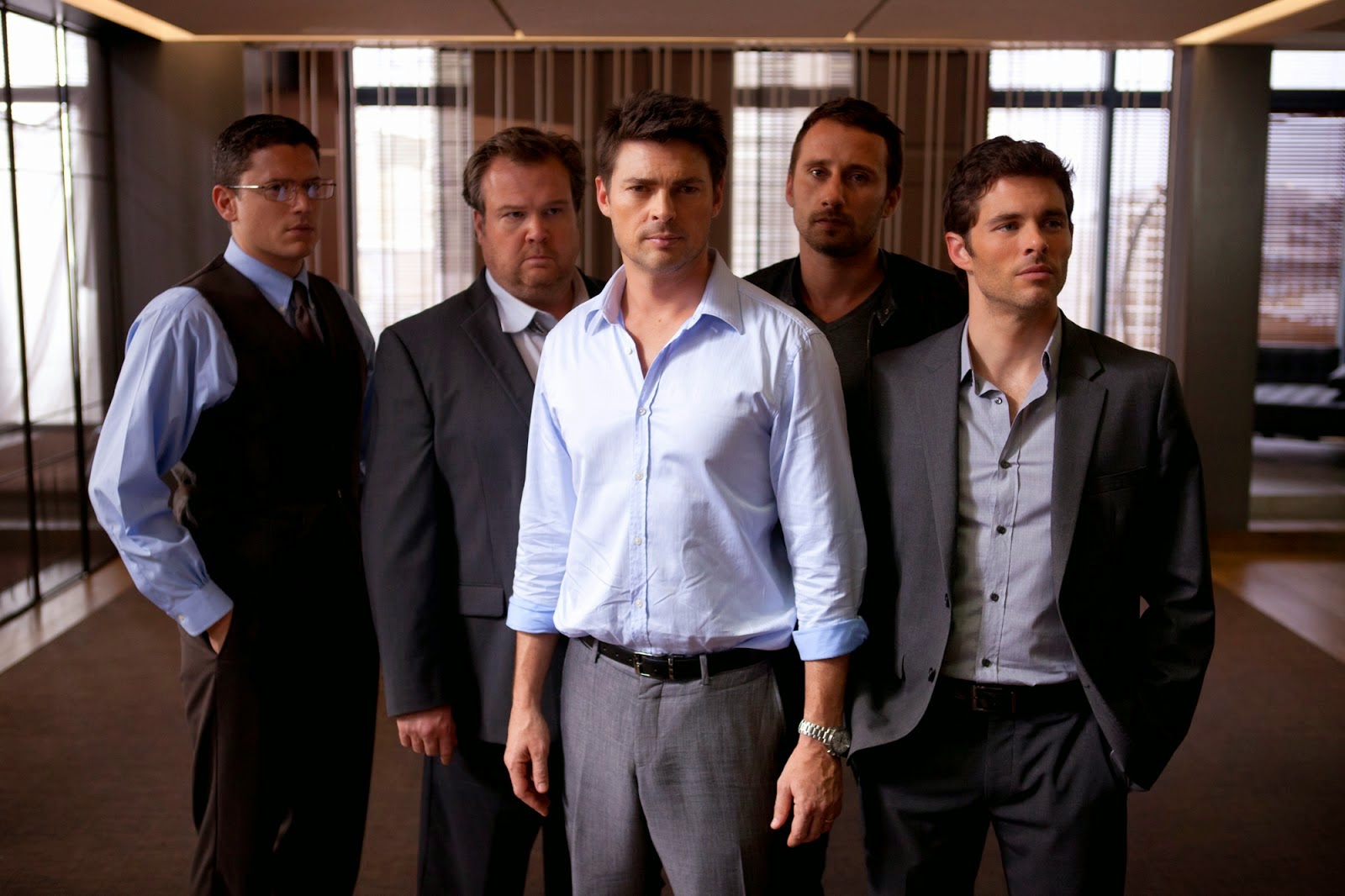 This is an American reproduction of a 2008 Belgian drama.  Our version was shot in 2011, but it was just released two weeks ago.  Released?  Escaped is more like it. 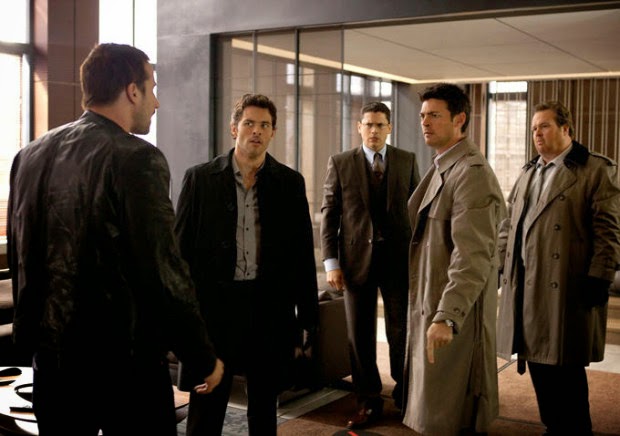 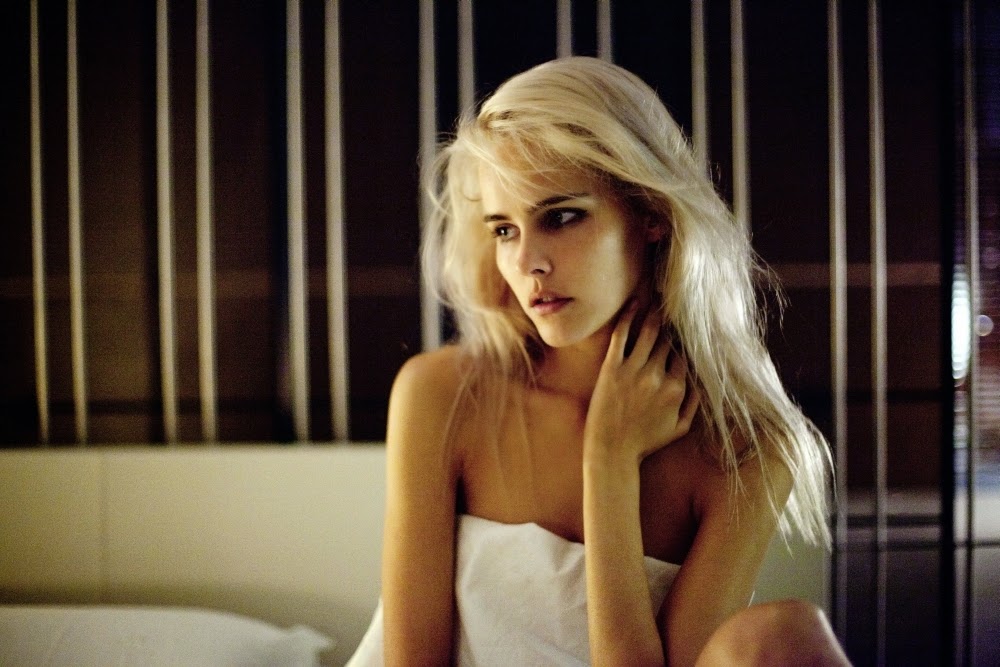 So...the five married buddies want to have occasional flings but need a secret location to be their Erection Central.  They get a loft.  By the way, all the sexually desirable bimbos in the movie are blondes.  The wives are brunettes.  None of these married men is really likable and that's a script problem.  It's also a casting problem because two of them are played by actors we've liked on weekly TV.  The attractive man standing is actor Karl Urban.  Next to him is Eric Stonestreet of ABC's hit sitcom, Modern Family and behind Stonestreet is Wentworth Miller, formerly of Fox's Prison Break. 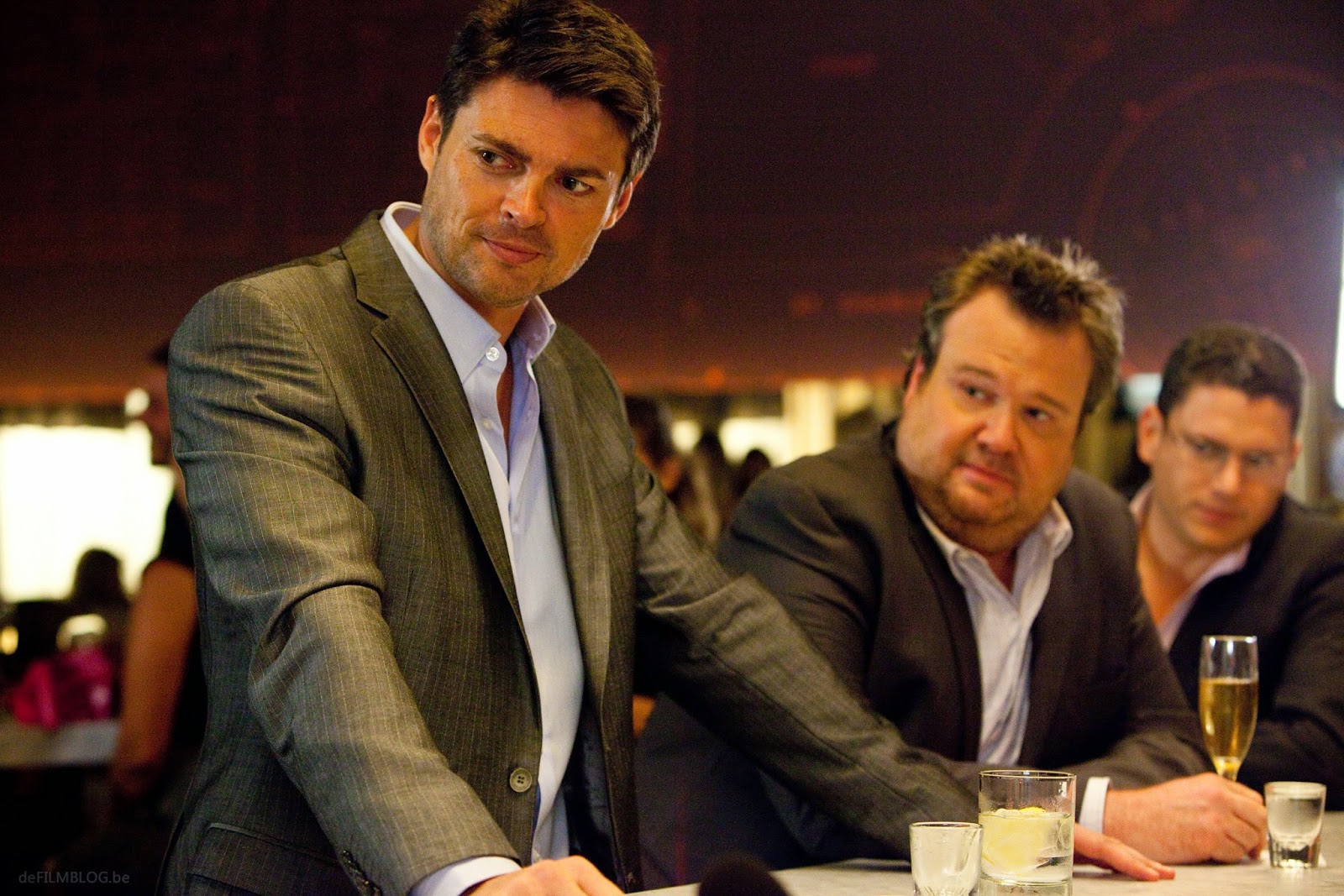 In The Loft, Stonestreet plays a boozing, big-mouthed, hetero married man who likes banging chicks in the butt. But he doesn't like fat dames.  Yes.  Stocky Eric Stonestreet plays a man who won't buy a drink for a plus-sized woman.  Wentworth plays the brainy fixer of sorts.  If a floozy gets out of control, he talks a little sense into her head.  Also in the cast is handsome and talented James Marsden  as one of the loft guys.

The friends will freak out and start bickering when the body is discovered.  Stonestreet is really miscast.  He's a good actor, as are others in the movie.  But Eric Stonestreet has charmed America with his performance as the big, lovable gay dad on Modern Family so much that seeing him in this sleazy movie is like finding your grandmother drunk and twerking on the front lawn during your summer vacation. 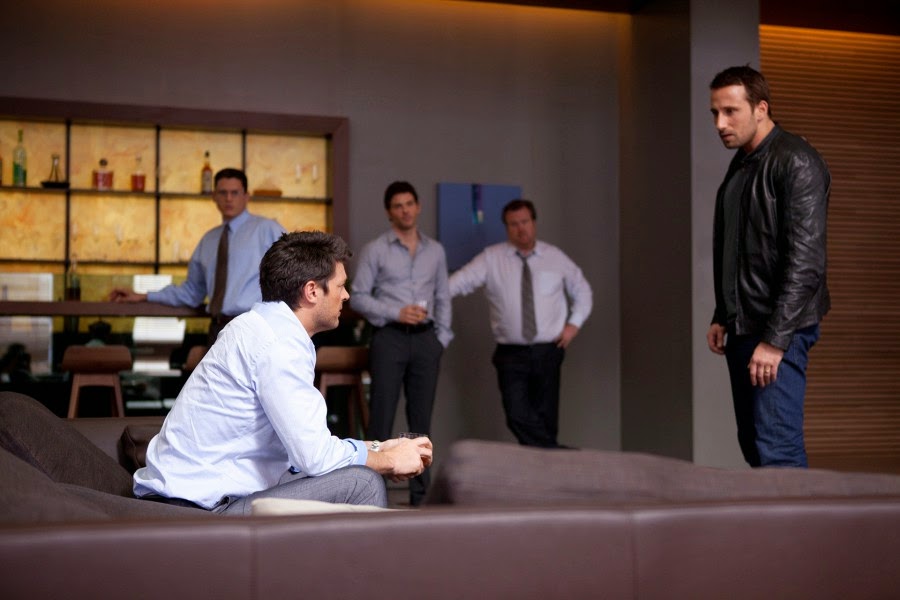 The dead blonde was handcuffed to the bed and the killer wrote something in Latin on the headboard behind a pillow. 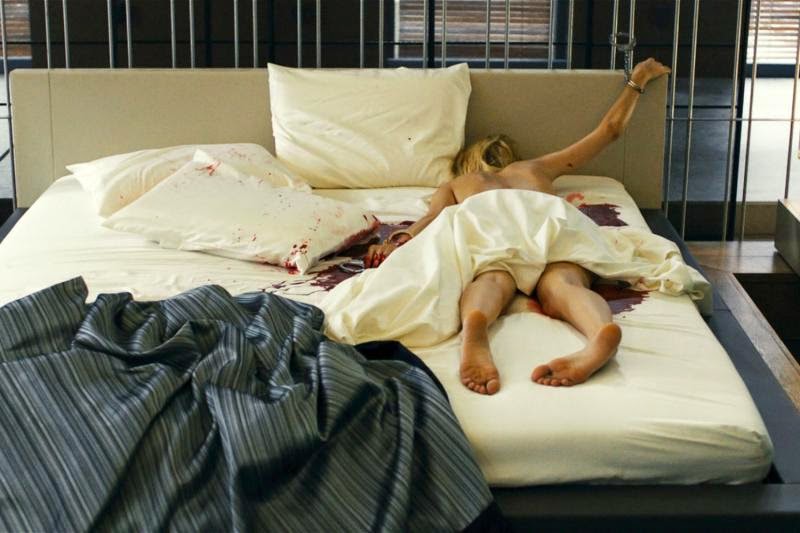 If Julius Caesar had paid to see this movie, halfway through it he would've turned to Brutus and said, "Kill me.  Just kill me now.  Please."

I hate seeing good actors with bad material.  The Loft is a mess.