NBC anchor Brian Williams was a top target of Twitter snark after a major revelation.  He reported that he was on a downed helicopter in the Iraq war.  You can Google this story and read all about it.  Just like when the anchorman's daughter, Allison Williams, sang "I'm Flying" on NBC as the star of Peter Pan Live!, it was fantasy.  He wasn't on a shot-down chopper.    First of all, remember how the classic films Network and Broadcast News focused on the disappearing line between news and entertainment?  Broadcast News, in the anchorman character portrayed by William Hurt, showed the unsettling degree of acting that crept into journalism.  An offshoot of that applies to Brian Williams.  He does news and comedy.  I feel the newsman has done too much comedy. 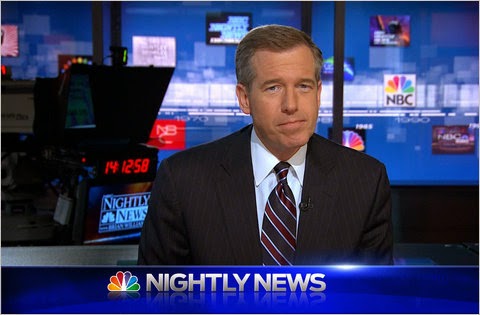 Do you recall Walter Cronkite, David Brinkley or Mike Wallace making as many guest appearances on late night comedy talk shows as Brian Williams has?  He's done David Letterman's show.  He's done The Daily Show with Jon Stewart.  He's done Saturday Night Live and he did sitcom appearances on 30 Rock.  Just a few days ago, Twitter had news of Williams' latest rap music "performance" for The Tonight Show Starring Jimmy Fallon.  Network news anchor Brian Williams was cut Snoop Dogg's "Who Am I?"
With this embarrassing news about his war coverage fib, I'm interested to see if NBC pulls in his number of nighttime comedy appearances.  The Brian Williams rap music pieces are popular semi-regular segments on Fallon's show.  See what I mean?  The line between news and entertainment disappeared. If I was a top exec in the NBC news division, I'd have Williams cut back on his comedy show appearances in order to re-establish his credibility and image as a news anchor.

As a card-carrying member of SAG-AFTRA currently seeking auditions and work, I dream of having the number of sitcom appearances in my list of credits that network news anchor Brian Williams does.

I'm pretty sure that Williams' contract has already been renewed.  IF he wanted to leave and focus on a different broadcast career, the classy Lester Holt would make an excellent anchor for NBC Nightly News.  And he'd make broadcast history.  As I've written several times, there has not been an African-American weeknight anchor of the CBS, NBC or ABC evening newscast since the late Max Robinson.  Robinson broke the network anchor color barrier and worked on ABC in the late 1970s into the early 80s.  He was a no-nonsense, candid, skilled and helpful journalist.  He was helpful to me very early in my TV career.  He was serious about his work and about racial diversity. 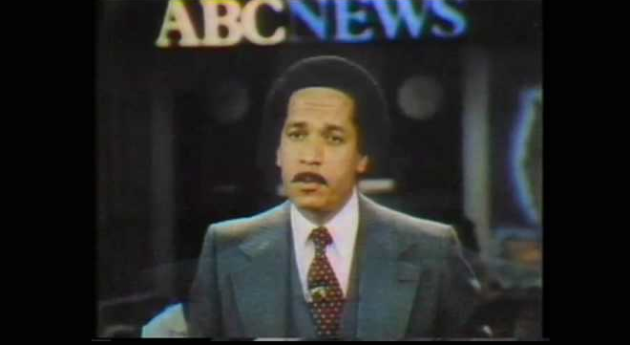 Max died of AIDS in 1988 at age 49.  It's a shame that his groundbreaking ABC News legacy is overlooked today.  Lester Holt would be a great weeknight NBC news anchor. 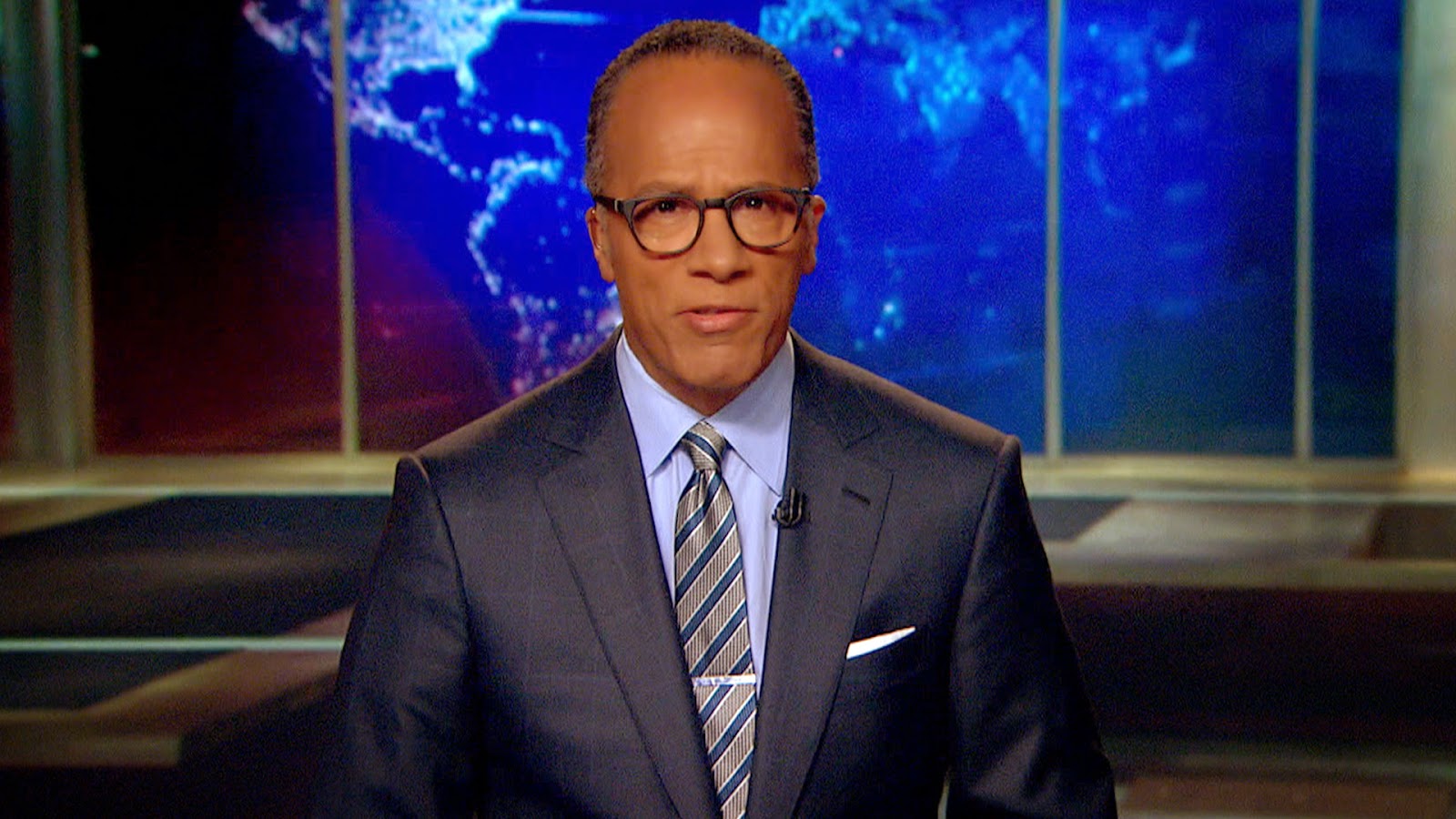 I first heard celebrity TV chef Eddie Huang in a  National Public Radio interview.  He enthusiastically revealed that his parents rode the tide of Reaganomics to U.S.A. success.  The rap music-loving chef put his life to print in the memoir Fresh Off The Boat. 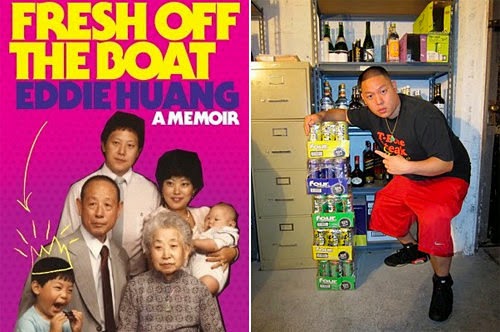 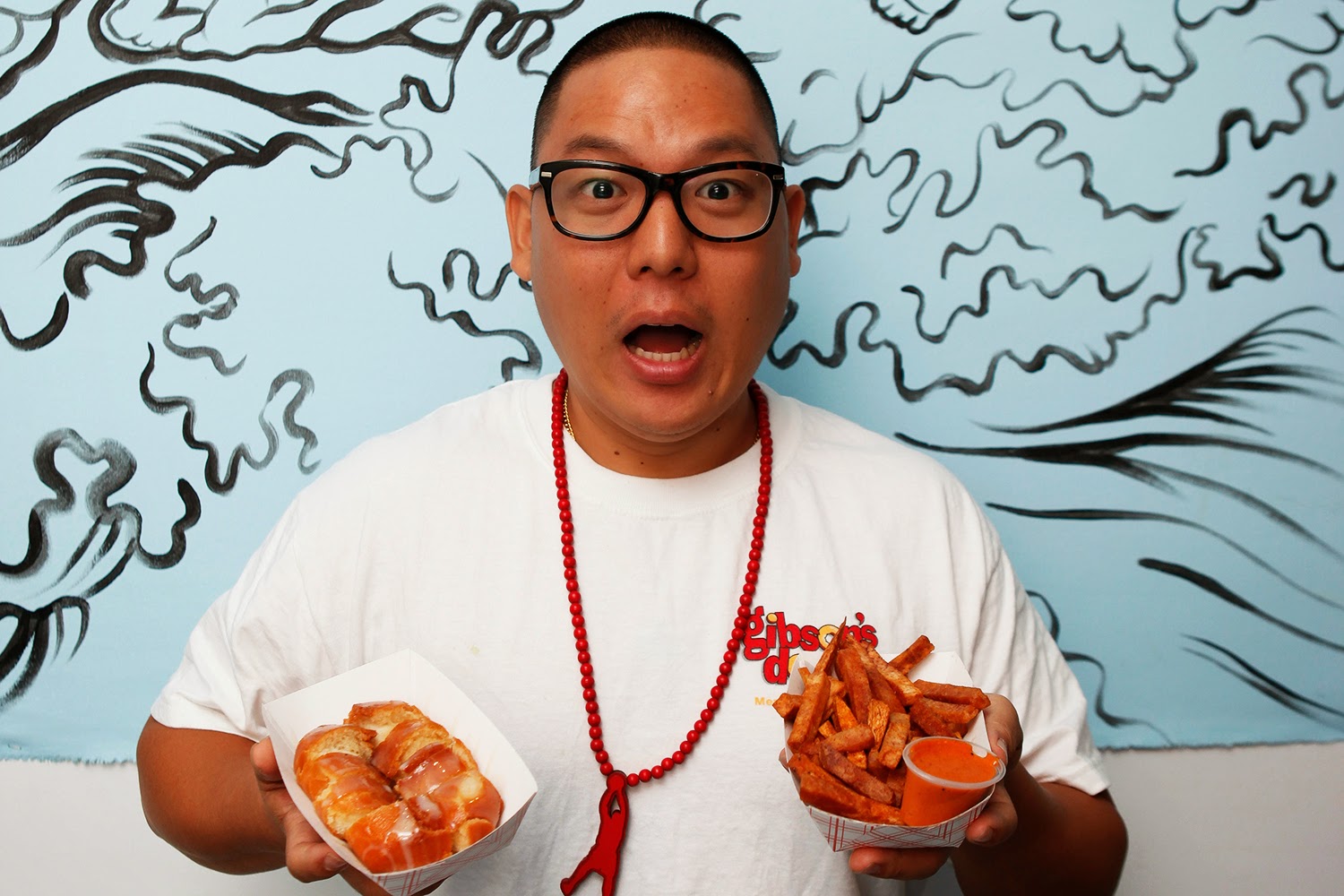 Huang's book serves as the basis for the new ABC sitcom of the same name.  Episodes aired this week. My main two reasons to watch will be actor Randall Park as little Eddie's dad.  I've seen his work in national TV commercials and, over the Christmas holidays, he was seen in a key role in the controversial comedy, The Interview.  In fact, he gave one of the funniest performances in the film as a political threat.  However, with all the network mention the movie got on morning news shows and evening newscasts,  only Seth Rogen and James Franco got mentioned.  Even ABC neglected to mention Randall Park, who'd be making his ABC debut come February on a new ABC sitcom. 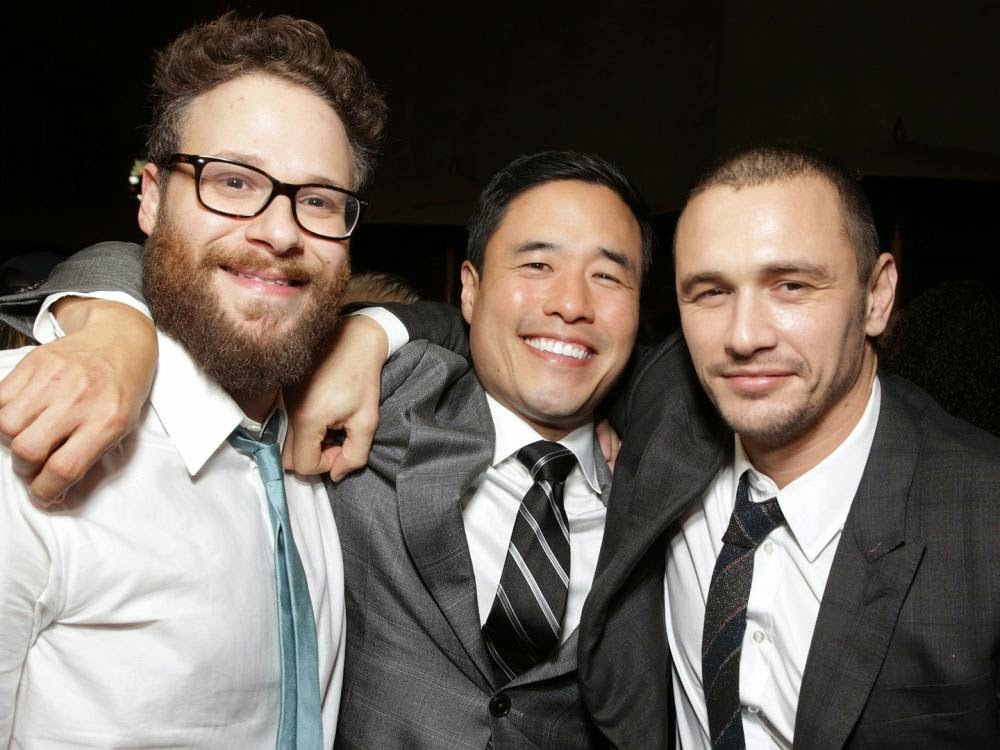 In The Interview,  Randall Park got laughs as the man two TV characters fly overseas to interview.  Park had an important role. He played Kim Jong-un, the Korean dictator who has a kooky bromance with a dimwitted American TV host. 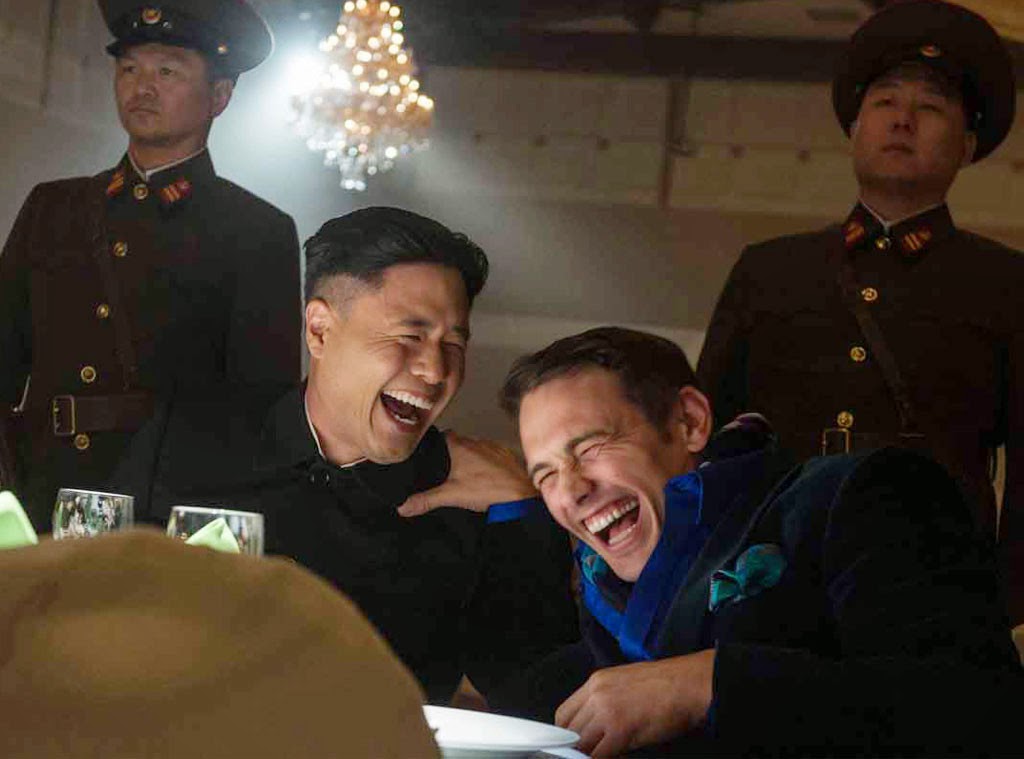 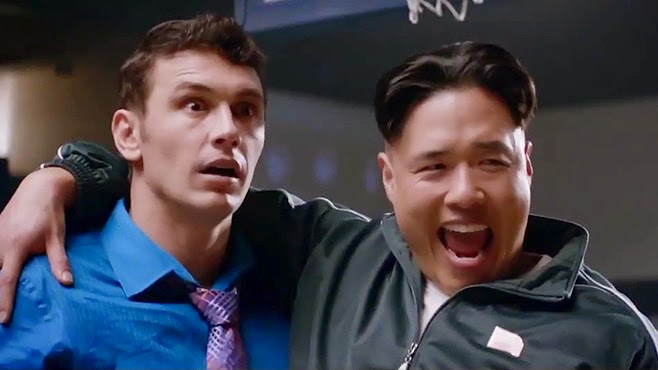 Park is a pro at comedy.  I loved him in The Interview.  Many have seen Park on the HBO sitcom, Veep.  The other reason I will watch is that Fresh Off The Boat is only the second sitcom in network TV history about an Asian-American family.  The first one starred Margaret Cho twenty years ago.  It was also on ABC.  Can you believe that?  Twenty years in between prime time network TV shows about an Asian-American family.  That's just wrong.  I had Filipinos, Koreans and Japanese people as friends, neighbors and classmates when I was a kid in South Central Los Angeles.  That was before I turned 18.   Couple those experiences with the ones I had in 2011, the year I lived in San Francisco, and I could give you a half dozen ideas right now for TV shows -- sitcoms and dramas -- about Asian-American families on the West Coast.  And I'm black.  So what does that tell you about the need for more diversity behind the scenes in Hollywood?  We should be shocked that we haven't already seen several TV shows about Asian-American families in California.  It still bewilders me that The Joy Luck Club, of my top ten favorite films of 1993, was not adapted into a network TV series with good dramatic roles for Asian-American actors. 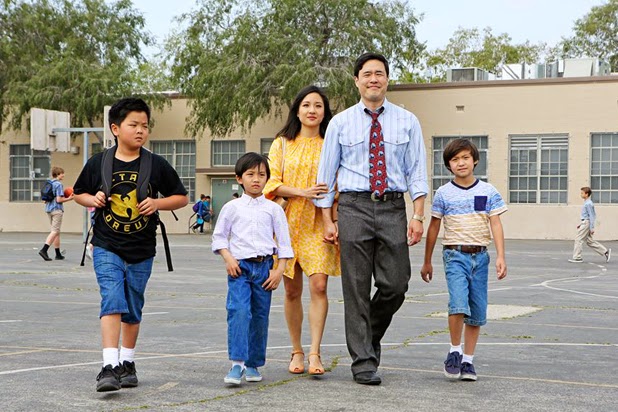 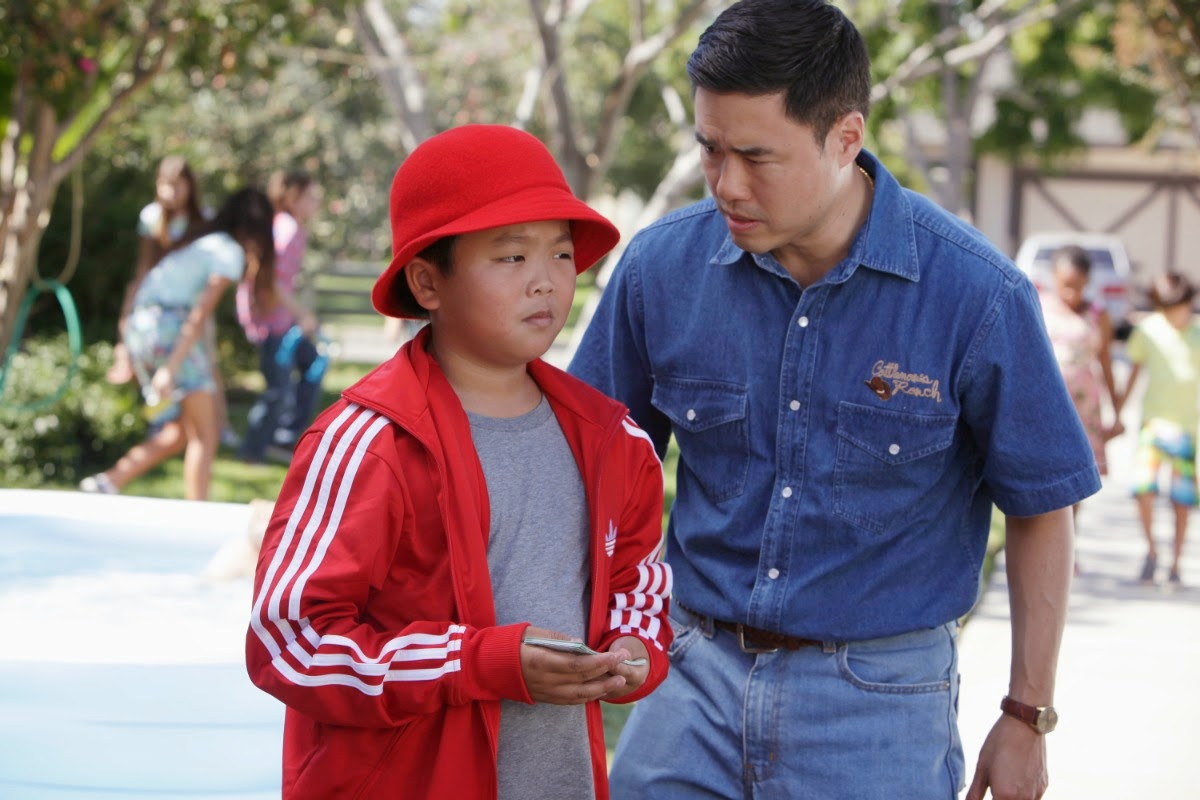 I hope the same for the entire cast.