NBC's classy and qualified Lester Holt could be on the brink of making American broadcast news history. 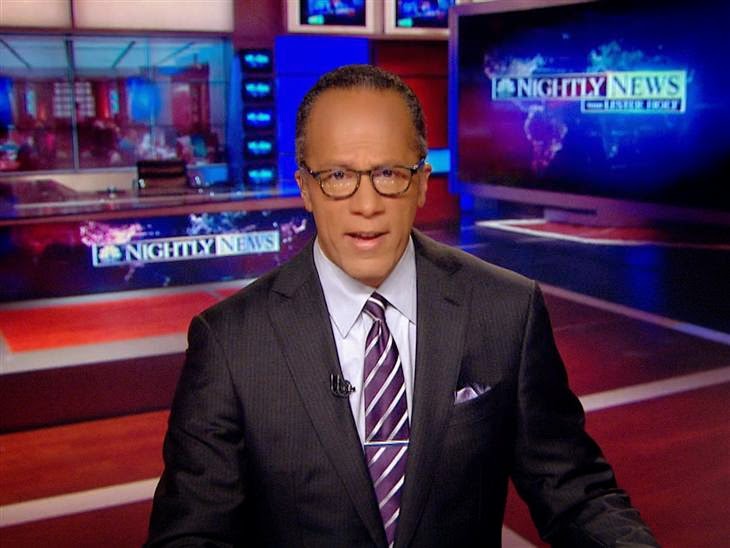 The Brian Williams kerfuffle is still a hot topic in broadcast news.  The Oscar and Emmy winning director/writer James L. Brooks gave us a classic sitcom that holds up today -- The Mary Tyler Moore Show.  In that series, which brilliantly took serious situations and played the human and funny side of them in a workplace -- situations like divorce, unemployment, gender equality, and the death of a co-worker -- the Brian Williams "misremembering" of a personally dangerous incident while covering live news would've been something that the vain and vapid anchorman Ted Baxter would've done.  News boss Lou Grant would've been furious.  Mary Richards would've been totally outdone with Ted while she attempted to do damage control.  Mary would've been adamant that Ted apologize to his viewers with an "I'm sorry" versus "I misremembered." 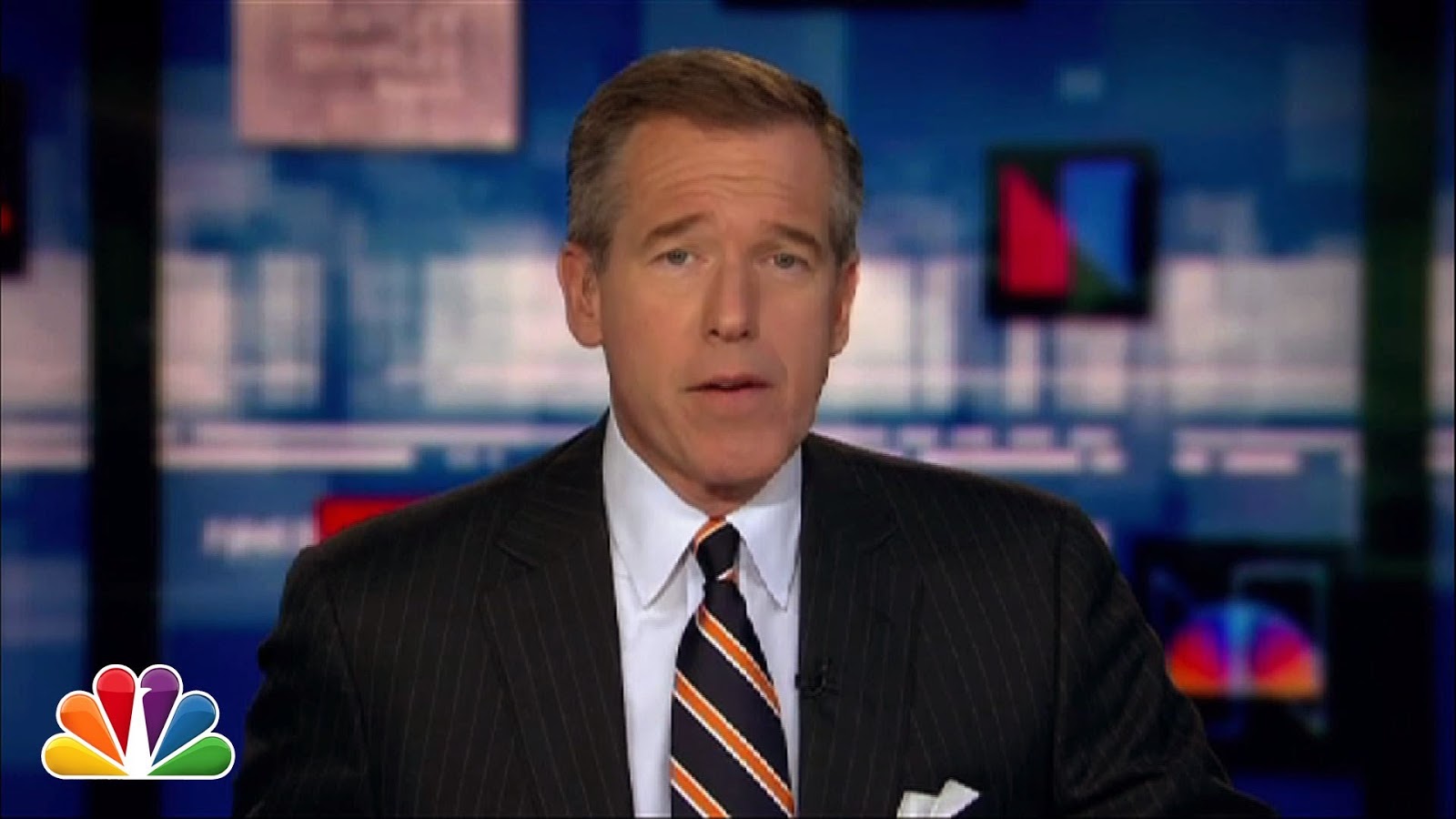 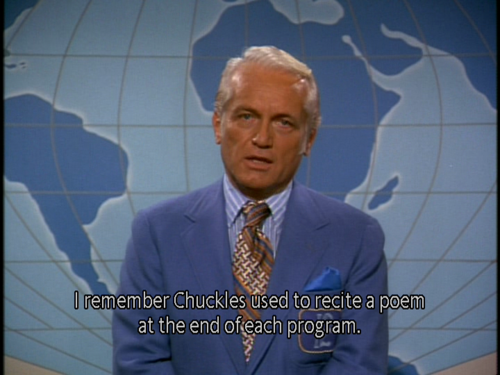 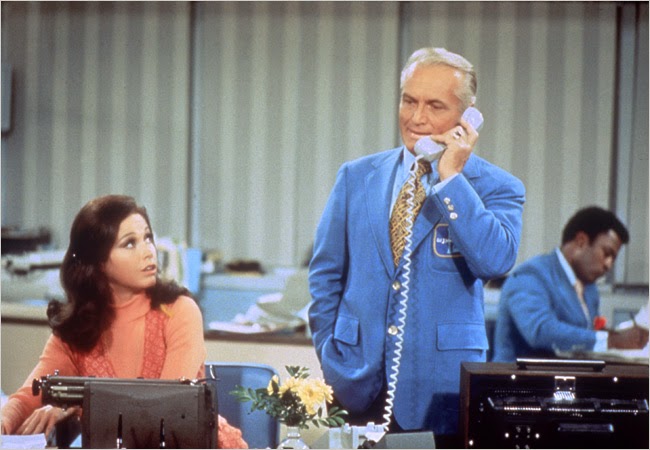 As soon as the Brian Williams news scandal hit with the reports that he was not -- as he said on David Letterman's show -- in a U.S. military helicopter that took enemy fire while he covered the Iraq war in 2003, I immediately thought of Tom Grunick.  He's the anchorman William Hurt played in Brooks' film, Broadcast News.  Like Brooks' Terms of Endearment, this film also got top Oscar nominations -- William Hurt, Holly Hunter and Albert Brooks were nominated in the acting categories, Brooks was nominated for his original screenplay and the film was nominated for Best Picture of 1987. 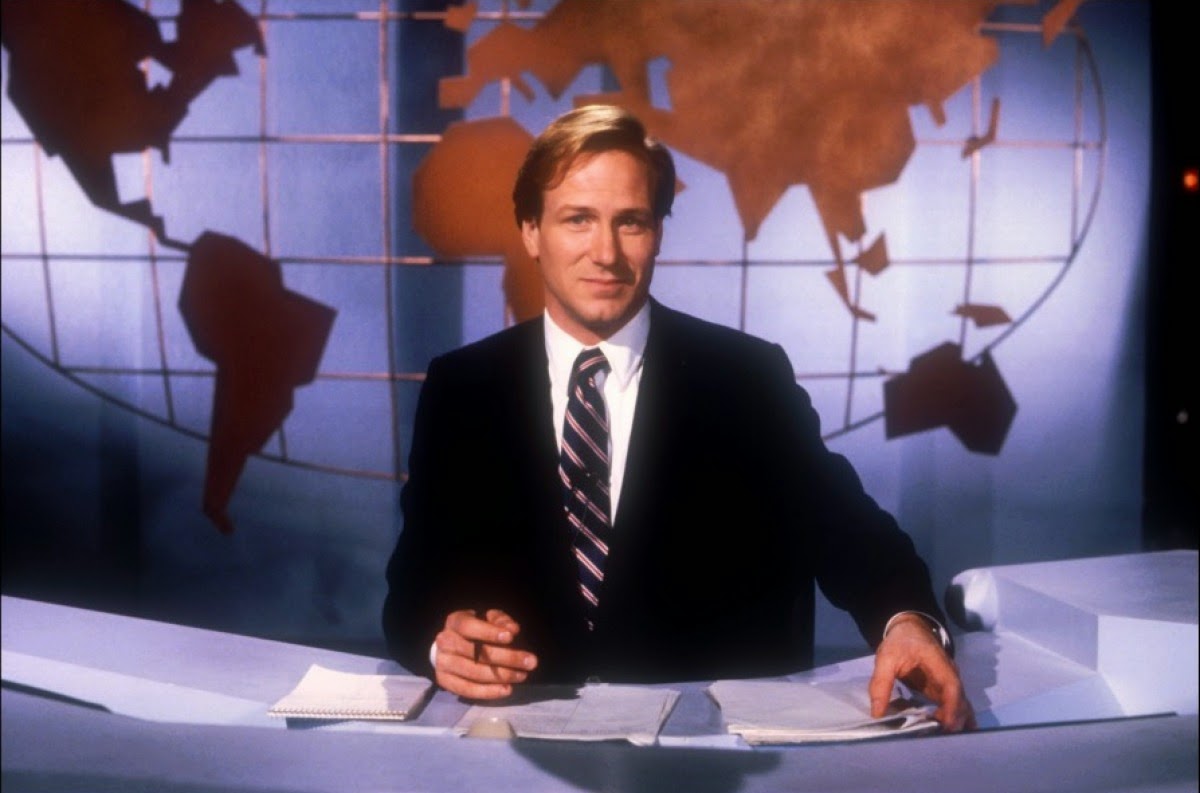 Anchorman Tom Grunick had the look that network news upper management loves when it comes to hiring. Respected veteran journalist Aaron Altman had the serious skills, the credibility and the knowledge, but he didn't have the looks that corporate top brass desired for anchor duties.  And he perspired heavily. 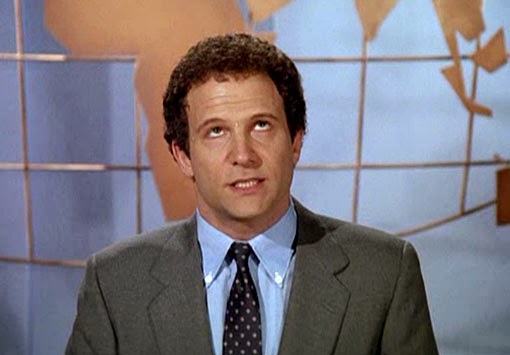 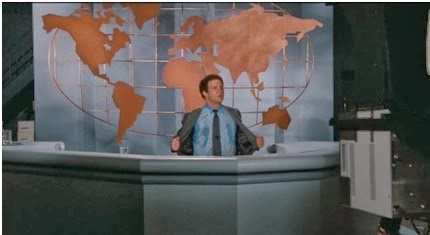 Grunick had neither the years of field experience nor the substance that Aaron Altman (Albert Brooks) possessed.  But he was young, white and telegenic.  Also, Grunick lacks the steely truthfulness that ace news producer Jane Craig (played by Holly Hunter) has.  She does not and will not stage situations for a TV news report.  But she falls for hollow Grunick's charm and looks.  She discovers he was dishonest in reporting one story. 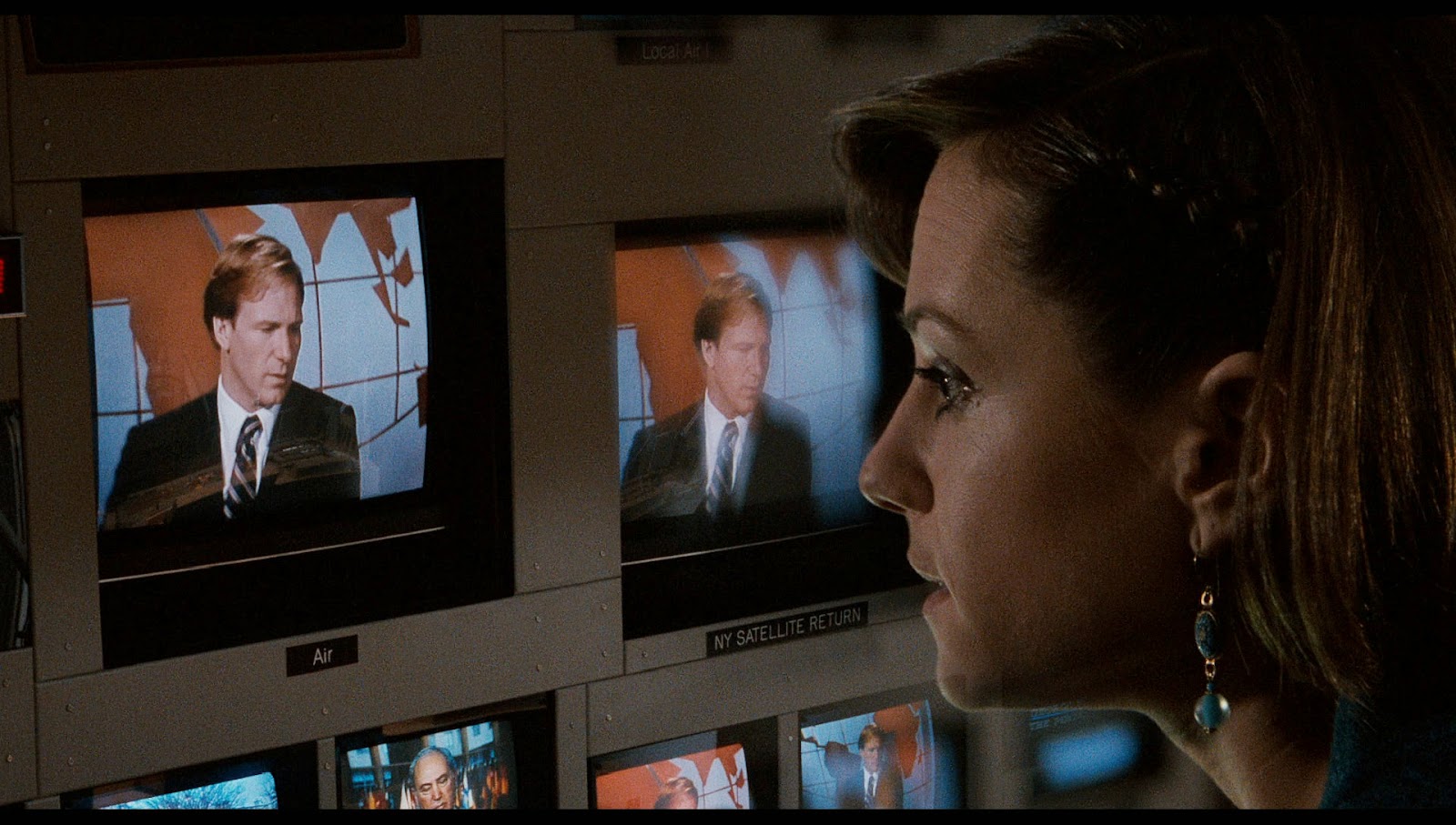 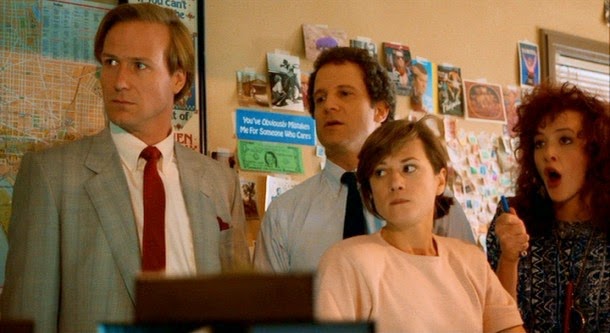 Watch Broadcast News.  Just like episodes of The Mary Tyler Moore Show, it still holds up.  Brooks was one of my favorite guests on my VH1 talk show.  He was promoting this movie at the time and I loved talking about Grunick's character.  Broadcast News came out before Matt Lauer was hired by WNBC local news and before Brian Williams was anchor of the NBC Nightly News.  James L. Brooks' Broadcast News was amazingly prescient in how it showed the erasure of the line between news and acting/entertainment/marketing.  As a TV viewer, there were several nights I wondered how many more times network news anchor Brian Williams was going to appear and get laughs on an NBC sitcom or on a late night talk/entertainment show like the Jimmy Fallon and David Letterman programs.  Once in a while was fine.  But he was practically a semi-regular.  Did Williams want to be a newsman or an entertainer? 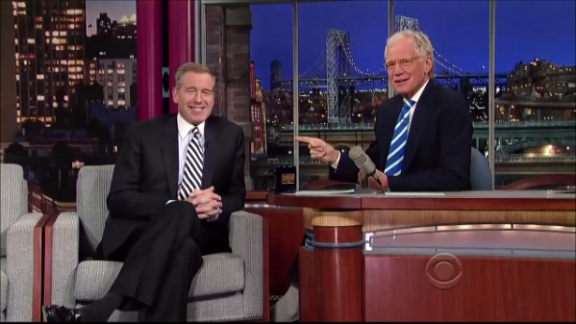 There was another inspired bit of business on The Mary Tyler Moore Show that black viewers, like my family in Los Angeles, loved.  Lou Grant's Minneapolis newsroom had a black weatherman.  His name was Gordy.  Back in the 1970s, if you saw a black man on a TV newscast team in the studio, he was doing sports.  Period.  Black folks didn't cover entertainment, they didn't do film reviews and they didn't anchor. That's the way TV news was then.  That's the way it was in L.A.  We had a black guy with a huge Afro on our local NBC affiliate.  He did sports.  His name was Bryant Gumble.  The Mary Tyler Moore Show had the African-American talent doing something other than sports.  Every time someone asked Gordy is he was the new sportscaster, we laughed in my house.  We got the reality of the gag.  It was rare at that time to see a black man do the weather on TV.  Lou Grant kicked diversity up a notch.  Gordy Howard, wonderfully played by John Amos, came years before Spencer Christian on Good Morning America and Al Roker on Today. 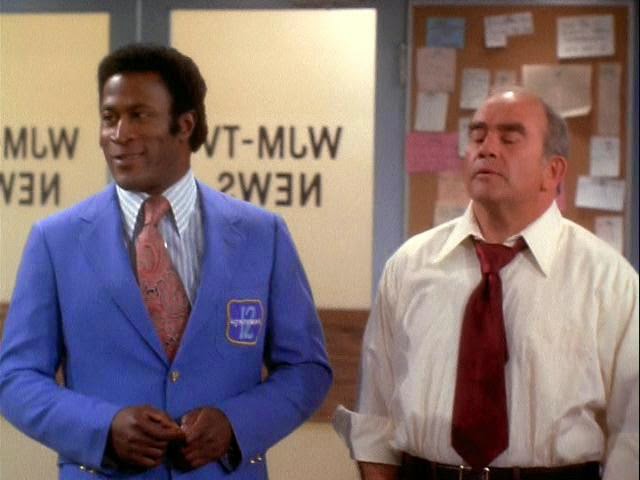 Apparently, African-American journalists didn't have the right "look" for network news top brass when it came to anchoring a weeknight evening newscast.  African-American newscasters were in the Aaron Altman Broadcast News category, so to speak, when it came to landing an anchor spot.  Like I wrote in my previous blog post, only the late Max Robinson broke that network color barrier when he co-anchored with Peter Jennings on ABC weeknights in the late 1970s through the early 1980s.

If Brian Williams leaves NBC Nightly News anchor duties and if he's replaced by the outstanding Lester Holt, that appointment would make broadcast history.  Lester Holt would be the first African-American journalist to land the solo anchor spot on a weeknight evening newscast airing on one of the three senior major networks -- NBC, ABC and CBS.  The groundbreaking Max Robinson co-anchored.

Lester Holt would be equally groundbreaking if it happens.  And it's 2015.  High time an appointment like that did happen on one of the senior three networks. 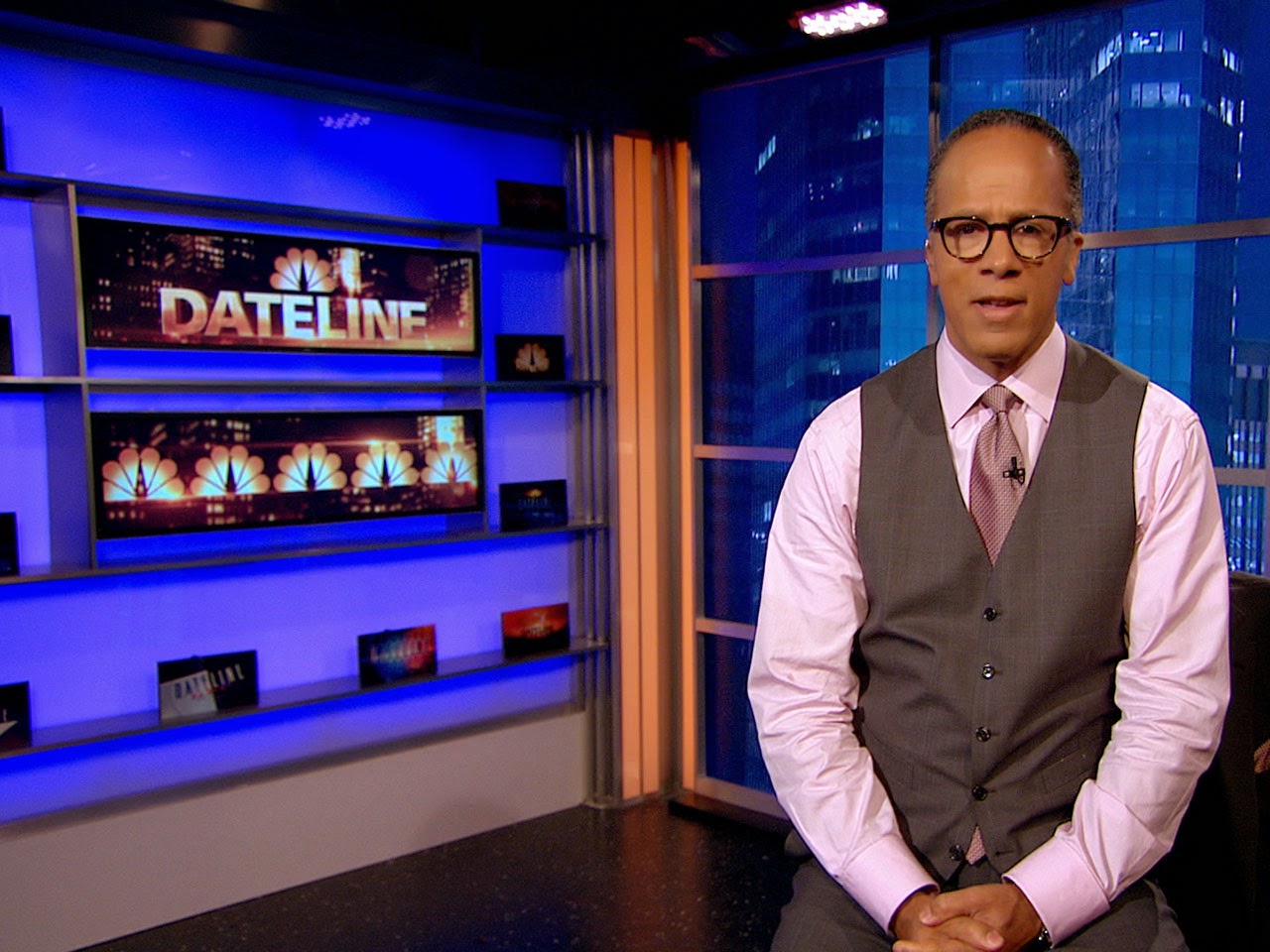