See You At The Movies, Roger Ebert

The many messages of affection from over America and abroad on Twitter were touching.  Monday, live coverage of his funeral service was streamed online via news outlets.  Like an audience for a great film, the place was packed.  Roger Ebert, Pulitzer Prize winning film critic and passionate lover of movies as art, was laid to rest.  The Wizard of Oz was one of the film critic's Top 100 Favorite Films.  A line that The Wizard says to Tin Man when he gives Tin Man a heart came to my mind when seeing how many people were illuminated by his work, his passion for his work, and his life.

In that regard, it is obvious that Roger Ebert had a great heart.  To use a couple of film titles, he had a sweet impact on the minds of the Rich and Famous and Ordinary People. 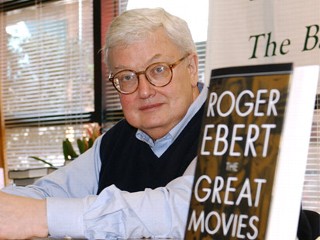 I never met him but I was in his company for a great day of work that changed the course of my career. I was the new movie critic on WISN TV in Milwaukee, Wisconsin.  Viewers saw me every week as a contributor on that ABC affiliate's edition of PM Magazine.  I'm proud to write that I was Milwaukee's first African-American to be a weekly movie critic on local TV.  I got the offer to attend a movie junket in Chicago and screen the film while I was there.  The movie was the 1980 drama, Tribute, starring Jack Lemmon.  This was a big deal for me because Jack Lemmon, as my parents could've told you, was one of my favorite actors.  In fact, I dreamed about being an actor like Lemmon. 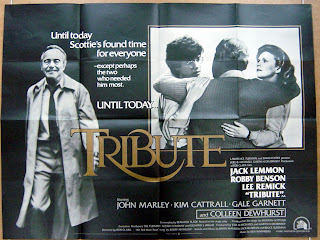 I'm in Chicago and in the screening room for the movie.  Gene Siskel is in the audience seated behind me.  The movie is ten to fifteen minutes late starting because his TV partner, Roger, had not yet arrived.  Siskel starts complaining to the person he's with about Roger.  The rest of us in this quiet private screening room are trying to pretend we're not listening -- as if we were sitting on a subway car in New York City or on a train in Chicago.  We're also trying not to laugh because Gene's cranky complaints about Roger are so funny.  It was like Alice Kramden irritated at Ralph on The Honeymooners or like Neil Simon's The Sunshine Boys bickering.  Not mean, vicious insults.  Just darn funny zingers.  Like the kind a middle-aged married couple would lob at each other. 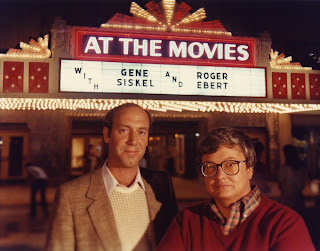 When Roger finally does show up, apologizing for being late, Gene retorts with something along the lines of "What's the matter, Roger?  Did you have to stop off for a bucket o' chicken before the movie?"  And the rest of us adults were trying not to snicker because, of course, Roger had a comeback.  Despite all that, you did also get the sense of their deep mutual respect for each other.  It was obvious off-screen.  It was obvious onscreen. After Gene died in 1999, we all realized the brotherly love Roger had for him. 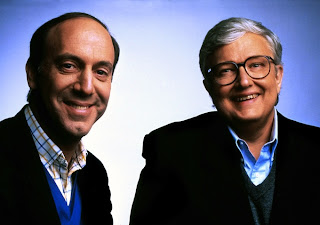 A few days ago, I blogged my appreciation of the late journalist ("Overlooked by Oscars:  Roger Ebert").  One predominant quality I loved about him was the way he embraced racial diversity in his work.  I've noted, in the field of movie critics seen weekly on national television, there was no racial diversity.  It was an all-white field.  But Mr. Ebert, at least, gave national attention to product that, in the industry, was given rather minimal attention by falling in the category of "black films."  Roger Ebert picked Eve's Bayou as one of the Best Films of 1997.  Not only was it an independent "black film," it was an independent film with a predominantly black cast that was directed by a black woman, Kasi Lemmons.  Here is the trailer for her film, Eve's Bayou, starring Samuel L. Jackson.


Kasi Lemmons went on to direct Oscar nominees Don Cheadle and Taraji P. Henson in Talk To Me.  This was a 2007 biopic that I gave a good review to on national radio. 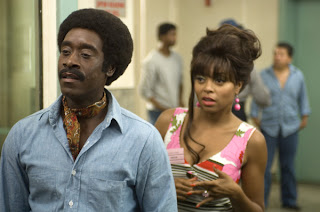 Last week, The Tonight Show and the 45th anniversary of Dr. Martin Luther King's assassination were in the news.  Both that TV show and our 1968 national tragedy are in this biopic.  Cheadle played Ralph "Petey" Greene.  He was an outrageous, outspoken and intelligent radio host -- the kind Howard Stern is today.  Greene became such a popular 1960s celebrity with his brand of comedy that he was booked to go to NBC in New York City and be a guest on The Tonight Show hosted by Johnny Carson.  This was a major booking.  Also, the political turbulence of the times and the evil of bigotry changed his life.  Ralph "Petey" Greene reached out to and helped his Washington DC community after Dr. King was killed.  I recommend you rent Talk To Me  -- especially if you think that Don Cheadle is one of the finest actors we have around today.  Which I do. 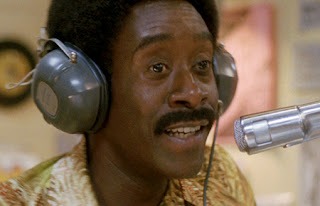 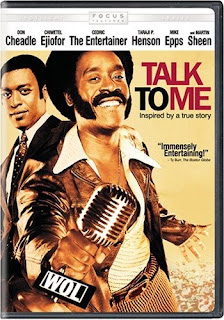 British actor Chiwetel Ejiofor co-stars as Petey's friend and manager, Dewey Hughes.  Broadway's newest musical comedy hit is Kinky Boots with songs by Cyndi Lauper.  It's based on a 2005 British comedy in which Ejiofor played "Lola," the enterprising drag queen who inspires poor craftspeople in a small town to make her some kinky boots. 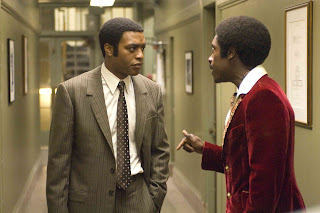 Ms. Lemmons' look at the ex-con who became a radio star, community activist and an Emmy Award winner is funny, surprising, touching, revealing and still relevant in its focus on the world of broadcast and how its corporate branch deals with racial diversity.

There are still so many of us minorities of all colors who deeply appreciate Roger Ebert's appreciation of Eve's Bayou.  If I was an entertainment reporter on a national TV show, I'd contact Kasi Lemmons for statements on the loss of Ebert and the impact his journalistic attention had on her career in 1997.

Roger, thanks for putting a national spotlight on films like Eve's Bayou.  And Spike Lee's Malcolm X. And 2005's Man Push Cart directed by Ramin Bahrani.

About those days in Chicago that changed the course of my career.  I admit it.  Around that time, I thought I could still head to a big city and get a supporting role in a good sitcom.  I went into my interview of Jack Lemmon having done my homework.  I asked him about working with James Cagney.  Not in Mr. Roberts, for which Lemmon won his first Academy Award.  But as a bit player in a TV production.  Cagney was the star.  Lemmon played a left-handed sofa fountain clerk.  He wasn't left-handed.  Cagney thought he was and found out otherwise while shooting 1955's Mr. Roberts with the excellent new actor.

"How did you know that?," Jack Lemmon asked me.

I told him that I read it in the autobiography Cagney by Cagney.  He gave me a terrific interview that got the attention of our show's national office on the West Coast.  After our 5-minute taped TV interview, Jack Lemmon pulled me aside.  He said, "We can always tell who's done some homework and who's just read the press release."  In those days, it was rare to see a black person at movie press doing interviews.  He urged me to stick with it.  "You're good," he said graciously.  The photo that the 2-time Oscar winner and I took together is one of my prized possessions.

Within the next couple of years, my interviews of Sally Field, Meryl Streep (Sophie's Choice), Ben Kingsley (Gandhi) and Jessica Lange (Tootsie and Frances) and Dolly Parton (The Best Little Whorehouse in Texas) aired nationally on PM Magazine.  I'd taken Jack Lemmon's advice.

That advice came after I had one funny afternoon at the movies with Siskel & Ebert.