Two psycho killers made it to prime time TV this season and got excellent reviews.  One is Norman Bates of Alfred Hitchcock's Psycho.  In that classic film, Anthony Perkins as Norman said "A boy's best friend is his mother."  On cable's A&E Network, Bates Motel takes us back to Norman's formative years with mama.  Dr. Hannibal Lecter, the character famously played by Anthony Hopkins in The Silence of the Lambs, is now nattily attired on NBC.  Danish actor Mads Mikkelsen stars as Hannibal. 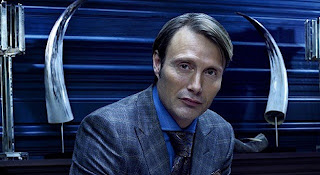 Mikkelsen's is not a familiar name to American audiences like a George Clooney, Denzel Washington, Helen Hunt, Jennifer Aniston or other actors who graduated from prime time series work on NBC.  But Mikkelsen, with that interesting bone structure in his face that the camera finds fascinating, is a top star in Danish films.  With the reviews Hannibal has received, I think he's on his way to being recognized by American TV viewers and increasing his fan base. I watched last night's repeat episode.  Mikkelsen brings a new approach to the character.  He's not the same Hannibal as played by Brian Cox in 1986's Manhunter and not the same Hannibal as played by Hopkins in 1991's The Silence of the Lambs.  His new interpretation works.  He's very good. Mikkelsen, Will Dancy and Laurence Fishburne brought some solid and inspired acting choices to the episode.

He did a movie a few years ago that I highly recommend.  I am so grateful that the owner of my favorite video rental store back in New York City, Alan's Alley in the Chelsea section of Manhattan, recommended it to me.  It's a Danish film.  It's subtitled.  It's excellent.  It's called After the Wedding.  Mads Mikkelsen plays Jacob, a Dane driven to do the right thing.  He lives in India, helping poverty-stricken orphans and other unfortunate people. 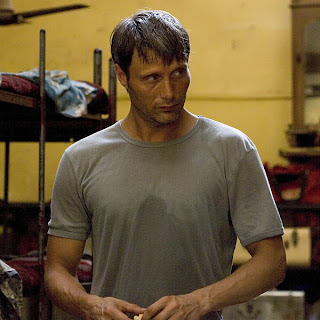 He works in an orphanage teetering on the brink of bankruptcy.  Salvation comes in the form of a major corporate donation and a wedding invitation.  A tycoon offers him $1 million but Jacob has to return to Copenhagen for a meeting.  They meet.  The donor wants to think about his possible contribution a bit more before he makes it and invites Jacob to attend a wedding.  The wedding of the tycoon's daughter.  That's all I'm going to tell you.  I'll let you discover the rest for yourself.  It's not an action movie.  Directed by Susanne Bier, it moves at a purposely slow pace at first.  It's peeling off layers of character information.  Like old paint being removed in order to see the wall as it really is.  When secrets are revealed, the pace really picks up.  Don't think that a slow pace means it's dull.  After the Wedding is not dull.  This movie is so strong and so unpredictable.  I will tell you that Bier's film poses the question "Just how much can money really buy?"  This drama was an Oscar nominee for Best Foreign Film of 2006. 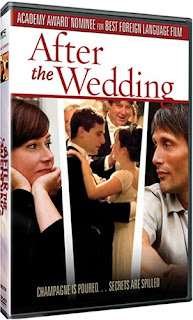 Director Susanne Bier, as I've blogged previously, directed Halle Berry in her best dramatic work following her historic Best Actress Academy Award win.  The movie is called Things We Lost in the Fire.  Berry, as a widowed mother in the suburbs, was matched by an equally fine performance by Benicio Del Toro as the junkie in recovery who was one of her late husband's best friends.  In both films, we see the complications that arise when someone steps out to do the right thing and how people deal with sudden rips in a seemingly wrinkle-free family situation.

Bier directed another Danish film after her U.S. release with Halle Berry and Benicio Del Toro.  In a Better World brought Bier the Oscar for Best Foreign Film of 2010. 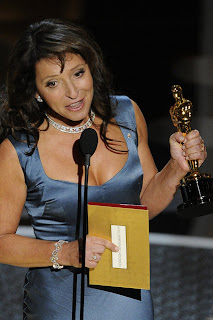 Mikkelson will move you with his work.  He's quite good in Bier's After the Wedding. 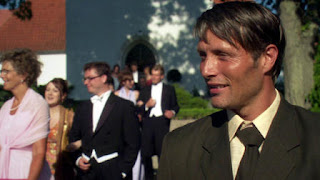 If you're a James Bond fan, you saw him opposite Daniel Craig in Casino Royale. 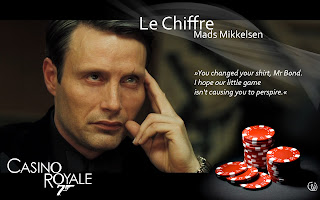 Look at that face.  You could balance teacups on that guy's cheekbones.  I hope you like After the Wedding.