Comedian/national radio show co-host & mensch Keith Price makes weekday mornings brighter on Sirius Satellite Radio.  He's part of OutQ's team on "The Morning Jolt."  Personally, I think Keith should be on TV as a humor contributor, a game show host, an actor in sitcom episodes shot back in New York or something else festive.  He's got the talent.  He's got the personality.  He's got the time.

Keith used to watch me when I was a VH1 veejay and talk show host from 1987 to 1990.  Here I am with a couple of my talk show guests -- Liza Minnelli and Mel Gibson. 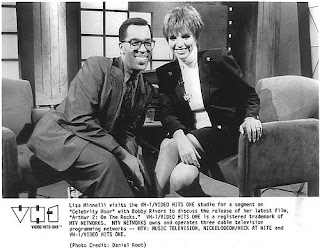 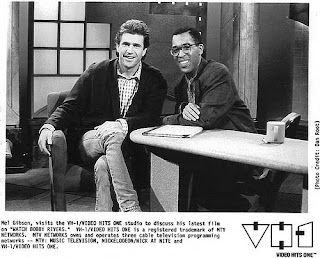 Keith, one of my favorite people on this good earth, and I have traded many stories about being minorities trying to drive fast and head-on through color barriers in show biz -- like Lana Turner driving through the Hollywood hills in The Bad and the Beautiful. 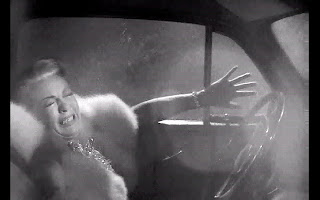 A few years ago, Keith was the focus of a short and very entertaining documentary.  I was asked to contribute a comment or two and I was most flattered to be in it for a few minutes.  When the doc aired in a New York City film festival, a Logo TV executive I've known since the early 1990s was in the audience.  So was I.  So were Keith and his documentary director.  I made sure that the Logo TV executive met Keith.  Keith's 2007 feature, as I hoped it would be, got picked up to air nationally on Logo.

But my few minutes were cut out.  I don't know why.  First, two of the Judy Garland numbers in A Star Is Born were cut out in 1954 by the studio (restored decades later)...and now this.  Needless to say, I was prostate with heartbreak.  Or is it prostrate?  Whatever.  I was disappointed. Flat out.  Heartbroken.  I needed a cocktail.

In my scene, if you will, I addressed the problem many of us minorities have had getting representation that really sees what makes us special and helps us get auditions for the kind of work that would utilize what our special talents are.  Before you see the clip that Logo TV tossed onto the cutting room floor, watch my short demo reel. This is an example of the work I'd submitted to agents:


Now here's my clip that was cut out of Keith's documentary when it aired on Logo TV:


Just thought I'd share.  Thanks for watching.  By the way, I've got a good new agent.