This goes back to when I was new in New York City and did entertainment segments for WPIX TV on a local weekday show called "Best Talk in Town."  Back then, in the mid 1980s, I was lucky.  Many of the top talents from the Golden Age of Hollywood were still alive, many were still working in film and in TV show guest appearances, and they were available for interviews.  That's how I had the the privilege to pass part of an afternoon at work with former 20th Century Fox movie star, Alice Faye. 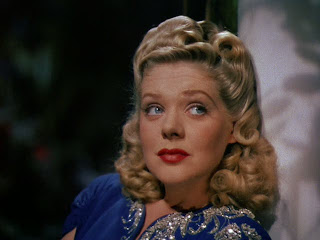 When I was a kid, millions of young TV viewers knew that Alice Faye was the favorite movie star of sitcom character Archie Bunker on All in the Family.  We heard Faye's lovely, throaty voice sing "You'll Never Know" in the opening scene of a new Martin Scorcese movie in 1974 called Alice Doesn't Live Here Anymore.  That movie brought Oscar gold to actress Ellen Burstyn.  Faye was a product of New York City's Hell Kitchen's area.  A tough, low-income neighborhood.  When she hit Hollywood screens in the early 1930s, studio execs gave the singer a Jean Harlow look with platinum blonde hair and a brassy image.  But she and Harlow were different types. 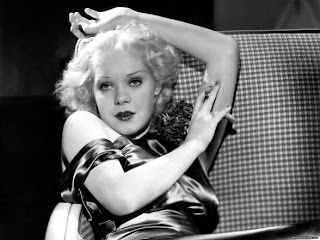 Maybe she didn't have the acting range of a Barbara Stanwyck, Bette Davis or Katharine Hepburn, but audiences took to her natural warmth and musical skills.  The studio softened her looks and image.  A more natural attitude suited her personality. 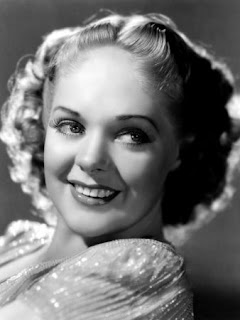 20th Century Fox became known for its "Fox Blondes" and Faye shot up to box office stardom with her blonde ambition.  Before Betty Grable and Marilyn Monroe, there was Alice Faye.  Besides a new look, the studio also gave her great songs to sing.  From the mid 1930s to the early 1940s, she introduced many new songs that are today's standards.  She sang "I've Got My Love To Keep Me Warm" in On The Avenue...the beautiful "Now It Can Be Told," a Best Song nominee written by Irving Berlin for Alexander's Ragtime Band...and the Best Song Oscar winner, "You'll Never Know," in Hello, Frisco, Hello.  That became her signature song and her recording was a big hit with World War 2 audiences.  She sang and danced with little Shirley Temple;  She starred opposite top Fox leading men Tyrone Power and Don Ameche.  Alexander's Ragtime Band, 1938 Best Picture Oscar contender, had sort of a Pygmalion vibe with Faye as the low-class but talented singer who falls in love with the high-class bandleader who turns her into a lady.  Power was Alexander and Ameche was the piano man. 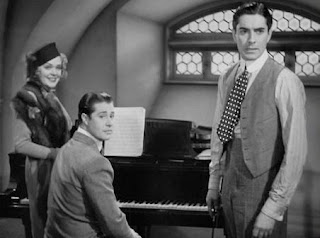 20th Century Fox made her a star, gave her its top male co-stars to romance onscreen and graced her with fine songs to sing in her musical comedies.  The only hitch was -- she absolutely could not stand her boss and the head of the studio, Darryl F. Zanuck. 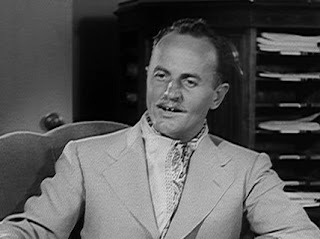 Alice Faye came to our WPIX TV studios to be a guest on our weekday show.  She was promoting a special benefit appearance she'd be doing at Carnegie Hall.  Our show was pre-taped and we were having camera problems.  This didn't upset her in the least.  A Hollywood veteran, she was used to longer waits on a movie set.  Faye looked really good. Poised, tailored, comfortable at her age and in her skin.  While the crew dealt with technical difficulties, she leaned over and playfully gave me pretty much of a "Do you really know anything about my old career?" kind of question.  I answered by singing "Slumming on Park Avenue," one of her big numbers from On The Avenue.  "Kid! How do you know that one?!?!," she replied with a big smile.  She sang a bit of it too.  Then she said, "You know this one?" and sang another tune from one of her other Fox films.  I knew it and sang along.  There was really no ice to be broken, thanks to her in person warmth, but if there had been, our little impromptu, private jam session would've broken, melted and evaporated it.  Faye got really comfortable after that. We talked about Hollywood.  Ms. Faye spoke lovingly of her co-stars.  It was reported that Faye had a fear of heights.  Still off-camera, I politely asked if Zanuck purposely put her in a couple of musical numbers on elevated sets as punishment because she wouldn't....well, play a love scene with him after work.  She gave me that "Oh, honey" look and said, "I had one prayer and one prayer only when I worked for that man.  'Dear Lord, please let me live long enough to see him die first.'"  I howled laughing.  She did outlive him.

When the camera was working again, she gave us one sweet interview.  She talked about her  benefit appearance.  We talked a bit about her movie star heyday and her one career regret.  In the 1950s, she and her radio star husband, Phil Harris, were offered the opportunity to do a sitcom -- like other show biz married couples Desi Arnaz and Lucille Ball, George Burns and Gracie Allen and Ida Lupino and Howard Duff.  Phil turned it down.  She felt they could've had a hit TV series.  She really wanted to talk about her fabulous friend, Don Ameche.  He'd just been nominated for the Best Supporting Actor Oscar thanks to 1985's Cocoon.  She looked straight into the camera and declared, "He's got to win!"

I was pretty new then in my TV career.  She'd become a Hollywood star when my parents were kids.  Alice Faye survived Hollywood.  I asked her for some advice.  I never forgot the five words she gently said to me after a moment's pause:  "Just don't expect too much."  Through the years, I've come to understand the wisdom of that.  Don't be focused on fame and fortune.  Do the work.  Enjoy the journey.  Stay grounded.  Especially if you have a fear of heights.

Don Ameche won the Oscar.  I was lucky again.  Mr. Ameche was a guest on my VH1 talk show to promote his excellent performance in the 1988 film, Things Change.  Off-camera, I leaned over and told him what Alice Faye said about Darryl F. Zanuck.  He let out a big laugh followed by how he loved that she never forgot her Hell's Kitchen roots.  Before Alexander's Ragtime Band, Don Ameche, Tyrone Power and Alice Faye starred in a drama about a famous fire that devastated a big city.  The movie was In Old Chicago. 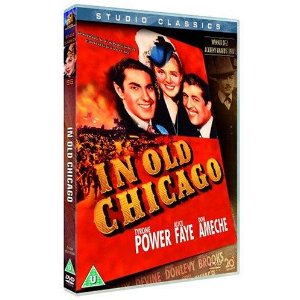 Did you see Who's Afraid of Virginia Woolf? starring Elizabeth Taylor as Martha and Richard Burton as George?  Well, in the first scene, after Martha munches a chicken leg, she can't remember the name of an old movie.  He's stumped too.  She mentions a movie starring "...little Miss Alice Faye."  That's the movie Martha was talking about.  She got the title wrong but she got the city right.