Women in the Director's Chair

One of my Twitter buddies wrote that cable's Turner Classic Movies (TCM) should do a month-long salute to Women Directors.  I think that's a great idea.  March would've been perfect for that as it's Women's History Month.  Film buffs know about Dorothy Arzner, groundbreaking director of the 1930s & '40s.  She directed Katharine Hepburn, Rosalind Russell, Joan Crawford, Claudette Colbert, Ginger Rogers and Lucille Ball. 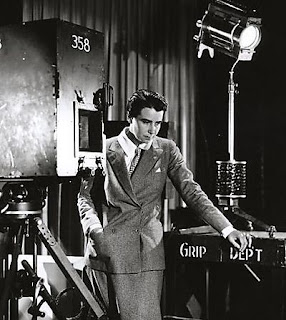 Arzner was the first woman to direct an actor to an Oscar nomination.  Ruth Chatterton was a Best Actress Award Award nominee for her performance as a single working immigrant mother in 1930's Sarah and Son co-starring Fredric March.  Then came actress-turned-director Ida Lupino.  She really took a hammer to the Hollywood glass ceiling.  Starting in the 1930s and '40s,  Lupino slammed across solid performances in films such as High Sierra, The Hard Way, Devoted, The Man I Love, They Drive By Night, Deep Valley, On Dangerous Ground, Lust for Gold and The Big Knife. 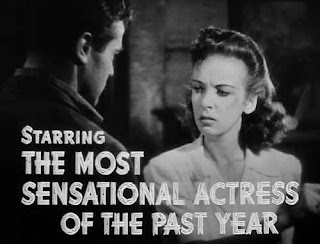 In the 1950s, Lupino continued to act while acting directing low-budget, highly entertaining tough films like The Bigamist, The Hitch-Hiker and Hard, Fast and Beautiful.  In the 1950s and '60s, she worked steadily directing a lot of episodic television. Her talents behind the camera helped Have Gun-Will Travel, The Twilight Zone, The Untouchables, Dr. Kildare, The Fugitive, Gilligan's Island, Bewitched and Honey West.   If you heard that an episode of a popular TV show had been directed by a woman back then, that woman was actress/director Ida Lupino.  By the way, she continued to act in feature films and television up to 1978.  The Oscars should've made mention of this trail blazer the night Kathryn Bigelow won the Best Director Oscar for The Hurt Locker. 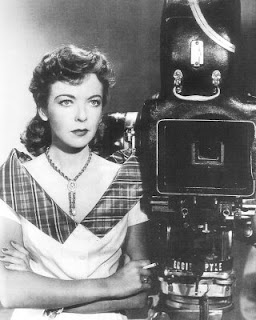 If I had the money and the Hollwood power, I'd start a Women in Film scholarship award in honor of Ida Lupino.  She kicked some major doors open with those pumps of hers.  The Motion Picture Academy should have a Women in Film award named in honor of Ida Lupino.  She definitely paved the way for others like Penny Marshall and Barbra Streisand.  In this post, I'll recommend work you may not have heard about from other female directors.  Lina Wertmüller gave us Seven Beauties.  For 1976, that foreign film earned the Italian moviemaker the honor of being the first woman to receive an Oscar nomination in the Best Director category. 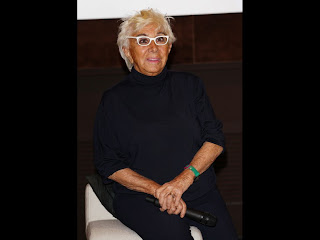 Just like the male half of the critically acclaimed comedy team of Nichols & May, Elaine May became a film director and, like Mike Nichols, directed actors to Oscar nominations. 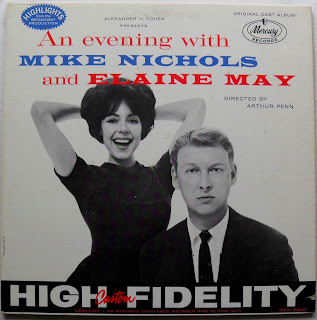 Elaine May directed Neil Simon's 1972 comedy The Heartbreak Kid.  Eddie Albert and Jeannie Berlin were Oscar nominated in the Best Supporting Actor and Best Supporting Actress category.  May also directed and starred in one of my favorite 1970s comedies, A New Leaf.  Walter Matthau stars as the New Yorker who has exhausted all his inheritance money by living way beyond his means.  He meets and schemes to wed a klutzy heiress who loves botany, knock her off and continue to live well.  On her money.  A New Leaf is ripe for a remake.  I see Melissa McCarthy and Johnny Depp doing the Elaine May and Walter Matthau roles.  Not only was she the lead actress and director, Ms. May also wrote the screenplay.  She is hilarious as the socially awkward Henrietta. 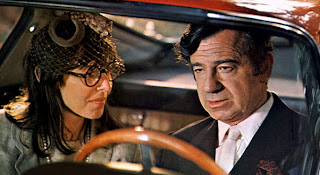 Here are some other women directors and their films to check out:  Kimberly Peirce directed Hilary Swank to her first Oscar win in Boys Don't Cry.  Peirce also directed a modern war film, Stop-Loss, about an obscure clause in military contracts that sent GIs back into Middle East war service when they thought their tour of duty was over.  Peirce really gets the human side of the soldiers out.  She got good performances out of Ryan Phillippe, Tim Olyphant and Joseph Gordon-Levitt.  When I saw this film, I was working with a guy whose brother had just experienced the Stop-Loss clause.  One of the richest performances I've seen in the last ten years is the one Mira Nair drew out of Irrfan Khan in The Namesake.  He's the immigrant from India who raises a family in the Queens section of New York.  His very American son has no idea the hardships dad endured for their typical surburban life.  This movie would make a great gift on Father's Day.  It's that heartwarming.  Irrfan Khan is wonderful as the loving father.  He's such a versatile actor.  In 2002, Karen Moncrieff gave us the coming of age story, Blue Car.  A teen girl tries to get through her young life weighed down by family responsibility because of her irresponsible parents.  Her poetry, as her English teacher discovers, is her talent and her emotional release.  This indie film deserved lots more attention than it got.  If you liked Sling Blade, I think you'll like Blue Car.  Karen Moncrieff wrote and directed this movie.  She's a former Miss America contestant.  For a feel-good movie, try The Jane Austen Book Club directed by Robin Swicord.  Quirky and likable characters, romance, good performances from Maria Bello, Emily Blunt, Jimmy Smits and -- especially -- the very under-utilized Kathy Baker.  I loved Annette Bening's work as overly-dominant lesbian mom who, deep down, is tenderly afraid of losing her wife and kids when the handsome, sexy biological dad enters the picture.  Lisa Cholodenko (in the middle of the photo) directed that beauty of a film, The Kids Are All Right. 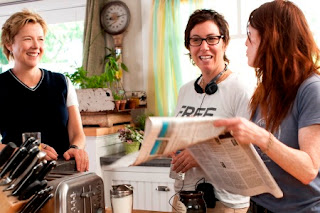 Cholodenko's film garnered Oscar nominations for Best Actress, Best Supporting Actor and Best Picture.  Debra Granik gave us the country crime thriller, Winter's Bone, starring Jennifer Lawrence (currently in The Hunger Games).  Granik's movie is like farm noir.  It's that kind of crime drama.  It too garnered Oscar nominations for Best Actress, Best Supporting Actor and Best Picture.  Jane Campion directed Holly Hunter to a Best Actress Oscar win in The Piano.  Patty Jenkins directed Charlize Theron to a Best Actress Oscar victory in Monster, based on the life of serial killer Aileen Wuornos.  Actor Don Cheadle was terrific as ex-con Ralph "Petey" Greene, an outrageous radio host and comedian who became a civil rights activist in the 1960s.  This very satisfying bio pic, Talk to Me, was directed by Kasi Lemmons.  To see Bette Midler deliver one of the best film performances of her career, rent the 2007 film Then She Found Me directed by Helen Hunt.  Yes, the Best Actress Oscar winner for As Good As It Gets and the star of the hit sitcom, Mad About You. Hunt plays a woman who was adopted. She's having a mid-life crisis.  Her husband walks out.  Her biological mother walks in.  Colin Firth and Matthew Broderick co-star.  Midler shines as the talk show host with a secret.  Halle Berry gave her best performance following her historic Monster's Ball Oscar win in the drama, Things We Lost in the Fire.  Co-starring David Duchovny, this widely-overlooked 2007 release was 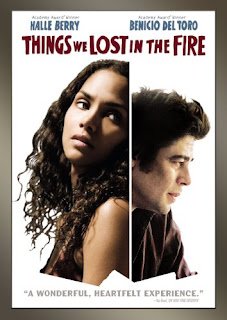 directed by Susanne Bier.  It's a story of loss, forgiveness and redemption.  Berry plays a widowed mother in the suburbs.  Her husband was a very good man.  With hesitation, she lets her late husband's best friend into the family's life.  The best friend has been in recovery.  Ironically, a huge and devastating wildfire broke out in Southern California the weekend this film opened.  A state of emergency was declared in seven counties.  That severely crippled box office attendance and the film's publicity.  Besides Berry in fine form, folks missed a brilliant and touching performance from Benicio Del Toro as the best friend.  Del Toro was Oscar nomination worthy in Things We Lost in the Fire.  Before that, Bier directed After the Wedding.  That film was an Oscar nominee for Best Foreign Film.  It's about the obsession to help others, the need for money to do so, and family secrets that arise when a Danish millionaire's daughter gets married.  After the Wedding really earned its Oscar nomination.  It's excellent.  There you have it.  Some movies that got to the big screen thanks to women in the director's chair.  Ida Lupino would be so proud.
at March 25, 2012