On a "Tootsie" Roll

I cheered when Melissa McCarthy scored that Best Supporting Actress Oscar nomination for Bridesmaids.  She tossed out one of the boldest, one of the most delightfully vulgar, inspired and memorable comic supporting performances since the late Madeline Kahn's Oscar nominated turn as Lili Von Shtupp in 1974's Blazing Saddles.  There was a time when American actors were honored for outstanding comedy work.  Both of the late Madeline Kahn's Best Supporting Actress Academy Award nominations came for work in comedies.  Rosalind Russell as Auntie Mame, Jack Lemmon in Some Like It Hot, Judy Holliday in Born Yesterday, Jean Arthur in The More The Merrier, Irene Dunne in Theodora Goes Wild and The Awful Truth, Carole Lombard and William Powell in My Man Godfrey, Diane Keaton and Woody Allen in Annie Hall, Dudley Moore and John Gielgud in Arthur,  Doris Day in Pillow Talk and Dustin Hoffman in Tootsie were all Oscar nominees for those funny films.  Today, not so many actors get Oscar nominations for comedy.  The British Academy is better at that overseas.  The Brits realize that comedy is hard work.  On Twitter, people are still posting links to articles written on The Help controversy.  That's the debate about Hollywood's presentation of racial images.  Hattie McDaniel won an Oscar for playing a maid in 1939's Gone With The Wind. Last weekend, Octavia Spencer won an Oscar in the same category for playing a maid in 2011's The Help.  The articles question if roles for black women have really improved since 1939.  I won't get into the debate here but I do often wonder how Hollywood sees us.  If you're a white girl, 16 and pregnant, you get snappy dialogue and supportive suburban parents in a quirky comedy.  We call you Juno. 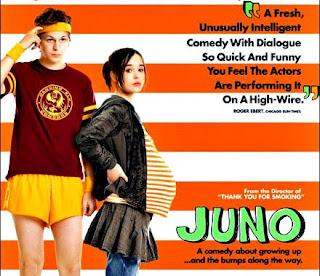 If you're a black girl, 16 and pregnant, you're illiterate and live in the projects with a monster of a single mother who tries to hit you in the head with a TV set.  You're in a stark urban drama.  We call you Precious (based on the novel Push by Sapphire). 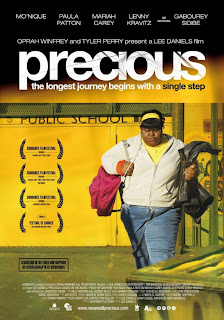 I'm surprised those two characters haven't been teamed up for a new TV series.  "Precious & Juno, next on TBS.  We know drama."  Many years ago, after my three successful years as a veejay and talk show host on VH1, I signed with a top agency in New York City.  Our relationship lasted just one year.  I told them I wanted auditions for acting roles.  Comic supporting acting roles.  The kind Bill Murray did in Tootsie.  The wisecracking best friend is a role I could play. 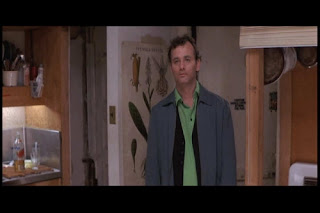 The agency didn't quite get it.  The acting roles I was submitted for were few and usually either "thug" or "non-college educated urban homeboy."  I kid you not.  The first audition I got was to play a thug named Charles in Weekend at Bernie's 2.  I hated the script.  When I read it, I looked liked an audience member seeing the "Springtime for Hitler" number in Mel Brooks' The Producers.  The two thugs were black.  My character had to perform voodoo with a bucket of fried chicken in the men's room of a Times Square porno theater.  As part of this voodoo ritual to re-animate Bernie's corpse, he starts by rolling dice and chanting something like "You are in the power of the Mobu!" Rolling dice, performing voodoo, a bucket of fried chicken.  Oh, and jive dancing.  In the early 1990s.  I wanted to line up the Caucasian writer and director and slap 'em a lá Moe Howard of The Three Stooges.  That voodoo scene is in Weekend at Bernie's 2.  Blessedly, I am not.  I did go to the audition.  I was told to play Charles any way I wanted.  I played him like Zero Mostel in The Producers.  I knew I was wrong for it, I knew I wouldn't get it, I knew I didn't want to get it and it was my actor's choice to not give them the black stereotype they expected.

Today, before I read another debate on The Help, a female friend of mine made the great observation that Hollywood needs to start honoring comedy again.  We both loved that Melissa McCarthy was an Oscar nominee.  A screwball comedy like Tootsie could be just the thing African American actresses need for some diversity in roles that could lead to Oscar nominations.  If that movie was going to be made this year, there's no reason why the insecure struggling actress Sandy, played wonderfully by Teri Garr... 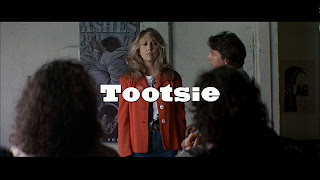 ...or the lonely daytime drama star, Julie, played so winningly by Jessica Lange, couldn't be played by a black or Latina actress.  Jessica Lange won the Best Supporting Actress Academy Award for her performance in Tootsie.  Just like Marilyn Monroe's Sugar Kane did to love 'em and leave 'em sax man Joe in Some Like It Hot, Lange's Julie makes Michael Dorsey want to be a better man after he starts wearing a dress.  He's the breakout soap opera star, Dorothy Michaels. 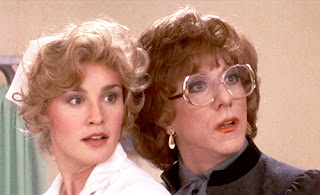 Hollywood, please give us more witty comedies like Tootsie and make the casts racially diverse.  Give minority actors more opportunities.  Then start giving more love to actors of all colors who do good work in comedies.  Here's some Tootsie trivia for you:  Suzanne Somers really wanted the role that Jessica Lange got.  At the time,  Somers was hot off the sitcom Three's Company.  In Tootsie, there's a party scene in which an irritated Julie throws a drink in Michael Dorsey's face.  Jessica Lange did that to a guy in real life.  She did it to Bob Fosse.  She told me that in a national TV interview.
at March 03, 2012