When we're young, it was always a surprising sight to see one of our school teachers in a life outside of the classroom.  Like running into a teacher on the weekend at a supermarket and seeing that the teacher had a spouse, casual clothing and an envelope full of coupons.  We were so used to seeing our teachers in weekday teacher mode and attire.   We didn't think of them having another life and another way of behaving.  I got a major surprise like that just last year.  Thanks to YouTube, I discovered the life my favorite teacher had before he taught classes at George Washington Carver Elementary School in what was the Willowbrook school district of 1960s Los Angeles.  I had him for 4th and 5th grade at Carver Elementary.  I loved Calvin Boze like he was my own father.  He was terrific.  He had a great big golden impact on me.  Mr. Boze was a warm, paternal, slightly reserved, no-nonsense school teacher.  Who knew he'd been a top rhythm and blues bandleader in the 1950s?!?!  Who knew he could sing?!?! 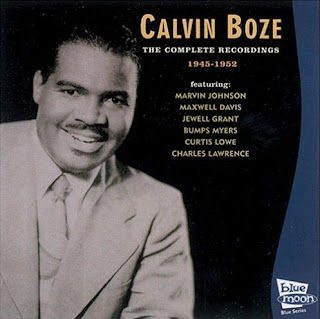 Carver is now part of the Compton Unified School District.  It's still standing on E. 120th Street in the 90059 zip code.  I called this morning to make sure.  I told the very polite young woman on the phone that, when I went to Carver, there was a Boys Club of America right next to the school.  She said, "It's still there.  Only now it's a Boys and Girls Club."  She, like I, was surprised to learn that one of Carver's teachers was a recording star.  I could not stop grinning as I listened to the sheer glee and festive vibe of Mr. Boze as he sang his jumpin' composition Safronia B.  Apparently this was his biggest hit record. 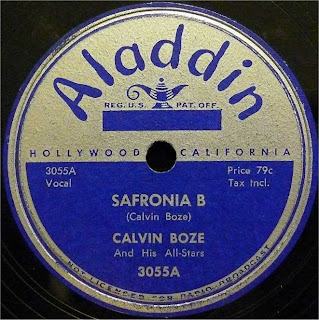 Decades later, my grade school teacher's swingin' composition was covered by The Manhattan Transfer on their album, "Bop doo-wopp." 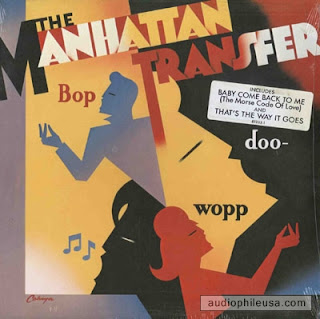 Now every time I hear that tune by The Manhattan Transfer, I will wear out the ears of anyone who may be near me when it's playing with "My favorite grade school teacher wrote that song and recorded it first!  Seriously!"  Look at the back of the Manhattan Transfer CD.  There it is -- Safronia B by Calvin Boze. 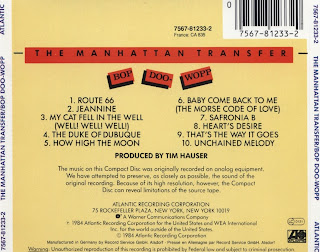 Remember Gregory Peck's personality and how he carried himself as Atticus Finch in To Kill A Mockingbird?  Mr. Boze had that same kind of attitude and carriage in the classroom.  To read on Wikipedia that Mr. Boze was a "jump blues" artist in the R&B music scene made my eyes the size of teacup saucers.  I knew that Mr. Boze had been in a band but I never knew more than that.  I had no idea he'd been a serious trumpet player who'd toured with Dinah Washington.  In our house, every weekend Mom and Dad listened to an afternoon L.A. radio show hosted by Leonard Feather.  He was a musician, composer, Civil Rights activist and also a jazz journalist who was called "the Dean of Jazz." 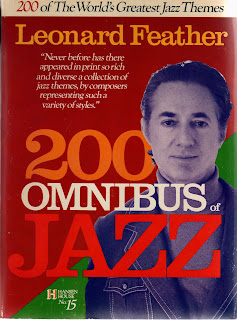 Feather, a very cool British born dude from an upper middle-class Jewish family, helped black artists conquer Jim Crow racism in the Los Angeles musicians union and in movie studios. Leonard Feather had great jazz music and guests to match on his radio show.  One time -- and I don't know who the guests were -- there was talk of Louis Jordan.  I recognized that name because Daddy had a 78 rpm record of Louis Jordan singing "Caledonia."  That tuned rocked me!  I loved playing Dad's 78s on my record player. 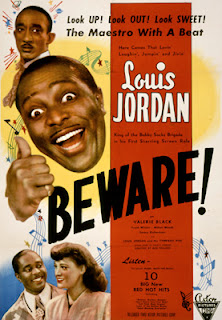 One of Feather's guests talked about other musicians and mentioned "Calvin Boze."  I shouted "Daddy!  He said Mr. Boze's name!"  Dad listens to the show.  The next week, he picks me up after school one afternoon. But, instead of me getting in the car, Dad parked and got out to have a quick chat with Mr. Boze.  My tall teacher was standing in the schoolyard keeping his usual protective eagle eye on the kids.  I watched from a distance.  Dad said something and Mr. Boze whooped with laughter, suddenly animated.  I asked Dad about that in the car and all he said was "Mr. Boze was in a band when he was younger."  Come to find out, Calvin Boze was heavily influenced by Louis Jordan.  How did I find out about his recording past?  I happened to be on YouTube one day, searching for a classic film clip, and saw a name that looked familiar.  I clicked onto it.  Was that really my former school teacher singing Safronia B?  Yes, indeedy!  Then I learned that Mr. Boze's music has quite a following in the United Kingdom.  On Wikipedia and another site, not much is known about him after he left the music scene and entered the education field. Well, I can tell you that Calvin Boze was a brilliant, brilliant, brilliant teacher.  He made us want to learn and want to be good students.  I had my first Spelling Bee victories in  his classes.  I am so lucky to have had him for two consecutive grades.  Mr. Boze opened our young African American and Mexican American minds.  He taught us about the Aztecs and how vital Mexicans were to the culture of Southern California.  He taught us about Helen Keller, Amelia Earhart, George Washington Carver, Marian Anderson, Martin Luther King Jr, the Mahatma Gandhi and even Mae West.  He used the poetry of Walt Whitman to soothe our hearts and minds when we were scared.  The world had grown suddenly dark one sunny Friday afternoon in Los Angeles.  President John F. Kennedy, our hero, had been assassinated in Texas.  We went home Friday not expecting that Monday would be a day off from school.  It was the day America watched President Kennedy's funeral on live television.  When we returned to school, Mr. Boze let us talk.  He respected our feelings.  Then he asked us to just be quiet and listen, listen as he read "O, Captain!  My Captain!" by Walt Whitman.  In my adult years, I realized his genius that day as a teacher.  Growing up, when I'd see TV images of what South Central L.A. minority students were supposed to know and not know, I always think of Mr. Boze teaching us youngsters such things as why Gandhi was a role model.

Mr. Boze was fun too.  He wasn't a man of high energy and fast movements.  Even then he seemed to have some mysterious illness. He was occasionally absent.  I always missed him when we had substitute teachers.  In his briefcase,  Mr. Boze carried a mixture for a white liquid he'd drink.  He go out in the school hallway to the water fountain, get some water and stir up that milky-looking mixture.  I told my parents about it and my mother, a registered nurse, said that he probably had an ulcer.  One afternoon, close to recess time, we kids were just giddy.  Not misbehaving, just giddy.  We were having a talent contest or a show & tell contest.  Something like that.  Mr. Boze joined in the fun. He got up from his desk, stood in the middle of the class and showed us that he could do...the Mashed Potato!  We kids hooped and hollered and squealed with delight and amazement.  Mr. Boze was doing a new teen dance.  He looked a little goofy and oh, so wonderfully human.  How I loved that man.  I was in high school in 1970 when Mom told me that he'd passed away.  I felt like I'd lost a dear member of the family. 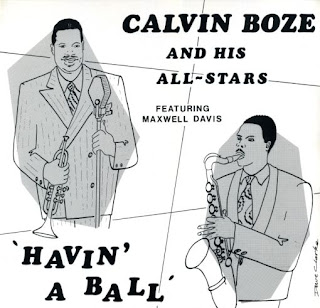 My mother is now 89.  She's been having some health problems, due to age.  I visited her last month while she's convalescing.  We talked for hours.  She brought up Mr. Boze and, yes, I excitedly told her about what I'd learned.  Her reply was, "Wow!"  Calvin Boze was a star for an all-too-brief time in the R&B music business of the early 1950s.  As a teacher at George Washington Carver Elementary School in 1960s South Central Los Angeles, he was a superstar in the classroom to me and to my family.  He still is.  I want the world to know that.  One more thing -- I sure wish I could sing like Mr. Boze did! 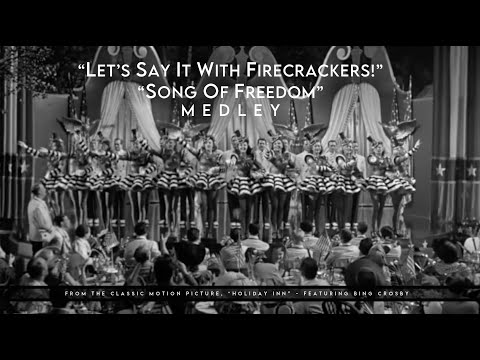