I have a weekend DVD rental tip for those of you who are really into filmmaking and learning more about what frustrates those in the filmmaking business -- directors and actors.  It's also a very entertaining, revealing and surprising documentary that tells you about the very mysterious and very powerful film ratings board.  The MPAA, the Motion Picture Association of America, seems to be like the Great and Powerful Wizard of Oz in the 1939 Hollywood classic.  It's a ruling body that no one has really seen.  This weekend, The Hunger Games seems poised to hit a bullseye at the box office.  I've not seen it nor have I read the book.  I have heard it's a futuristic action thriller set in a bleak society that has a death match game going on as sport.  It stars Jennifer Lawrence as the girl who, as Lawrence said on National Public Radio, "stands up for what's right."  Joe Neumaier, film critic for the New York Daily News, calls her performance "remarkable."  Los Angeles Times film critic Kenneth Turan said that Lawrence shows "extraordinary intensity" adding that "This is her film.  She's wonderful in it." On KPCC 89.3 Radio's Filmweek show today during AirTalk, Los Angeles film critic Tim Cogshell said that Lawrence's performance is the only thing he liked about The Hunger Games. 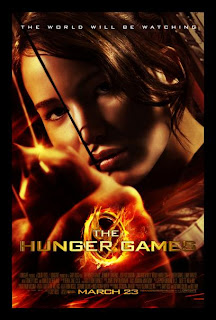 In the movie, the games are televised kill-or-be killed survival matches that include bows and arrows.  The warriors forced into this death match are mostly teens between the ages of 12 and 16.  So, you've got a futuristic storyline with kids killing kids.  It's rated PG-13.  There's a new documentary called Bully which I hear is excellent.  It covers the pandemic of physical violence and verbal abuse among children.  Millions of school children are bullied each year. Some poor young souls have taken their own lives because they couldn't stand any more abuse.  Bully wants to help stop this madness. 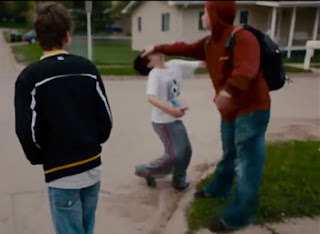 I read comments from a parent, not a film critic, that Bully is a powerful and important documentary for kids to see.  The problem is, the MPAA.  The Motion Picture Association of America wanted to rate this documentary R because of language.  So, if you're under 17, you could not buy a ticket see this documentary about the horrible things that being bullied can do and how this crisis in our schools needs to be stopped.  But you can buy a ticket, get some popcorn, take a seat and see futuristic kids under 17 kill each other in The Hunger Games.  The producer of Bully, Harvey Weinstein, has challenged the board over the documentary's rating. 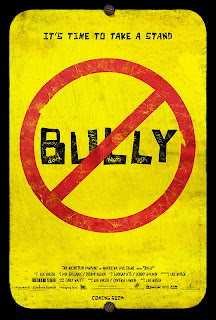 Said Weinstein, "You can kill kids...You can torture them and still get a PG-13, but f they say a couple of bad words, you blame them."  As a film lover, as someone who's been a film critic, as someone who was bullied when he was a kid, I totally understand Harvey Weinstein's frustration and irritation.  For years, I could never understand why a topless happy and safe woman who kisses her loving husband and then breastfeeds her baby is rated R.  But a topless woman screaming for her life as a man with a hatchet chases her through the woods is PG-13.  This kind of thing is covered in the documentary This Film Is Not Yet Rated.  Kirby Dick directed this with such wit that it became one of my favorite releases of 2006.  He interviews actors, directors, critics, producers -- all of whom have been frustrated by how the MPAA is often a major pothole on the road to film art.  Especially for independent filmmakers.  Kirby Dick is determined to see who the members of the ratings board are.  The lesbian private eye that he hires to try to bring these shadowy censors into the light was one of that year's most memorable big screen women, someone who should've been the basis for a Hollywood movie character.  Totally professional in her print shirts, she was just too cool. 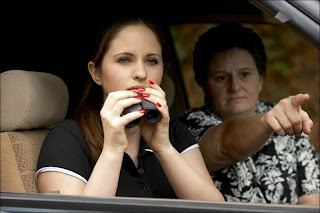 Kirby makes his exposé so quirky and his investigative team is so unusual that you wish some mainstream Hollywood films had this kind of smartness and originality.  It's quite good.  You'll be stunned at the information.  Also, you'll discover what kind of corporate mentality is behind the ratings. 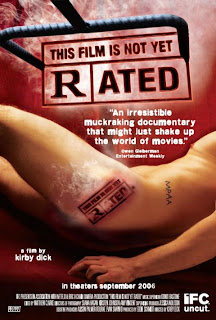 This Film Is Not Yet Rated has sexual content and graphic language.  Unlike most dates I've had in the last twelve years.  Enjoy your weekend.
at March 23, 2012