This I know for sure.  If a Republican politician or a conservative Christian actor stated that he or she personally didn't approve of gay marriage, that statement would get plenty of online criticism from gay celebrities and gay members of the press.  It would be posted and shared on Facebook and Twitter.  If a handsome news anchor came out of the closet and recorded an "It Gets Better" video, he'd be praised online and would probably get an invite to the next GLAAD Awards dinner event.  When Shirley MacLaine was added to the cast of TV's Downton Abbey, that news circulated like gay wildfire on Facebook and Twitter.  Monday, I joined the outrage over the senseless killing of unarmed 17 year-old Trayvon Martin.  You know the case.  The national outrage has now made international headlines.  Ever since Monday, I've been very disappointed to wonder when the gay media is joining the national anger over this American tragedy.  It seems like some upscale gay white liberal celebs and press members and, frankly, acquaintances of mine would only be motivated to get involved if this entertainment news story broke: "Cast of Downton Abbey outraged over Trayvon Martin killing.  Joins local march." 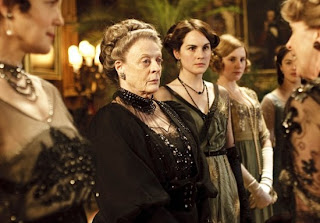 No, Trayvon was not reported to be a gay teen.  But that does not matter.  Millions of straight Americans were disgusted by and spoke out against the murder gay-hate of Matthew Shepard.  I mentioned to a straight Anglo buddy that I was very frustrated to see that, on Twitter especially, gay celebs and media types were not mentioning the Trayvon Martin news.  I said, "He was bullied."  My buddy bluntly responded, "He was hunted."  Three words of chilling accuracy like an icy arrow to the heart.  If you've read the reports, heard the news and listened to some of the 911 recordings, that seems so horribly true.  George Zimmerman hunted young, black, unarmed Trayvon Martin and shot him to death because he felt that the teen looked suspicious.  The adult man had a gun.  The dead teen had candy and a bottle of iced tea.  But gay celebs, columnists and bloggers are still pretty much quiet on the story.  Is that because there's no black in the rainbow flag?  You remember when actor Michael Richards, formerly of Seinfeld, lost his temper onstage at a comedy club and starting shouting the N-word.  Video of him repeatedly spewing out that racial slur to a shocked audience went viral.  Soon afterwards, a very Caucasian New York City blogger/journalist wrote something to the effect that he didn't understand what all the fuss was about because he's lost his temper and called someone "Idiot!" who's cut him off in traffic.  I wrote to Ken in the 212 that calling a person the N-word is not at all in the same category as calling someone a "jerk" or a "numbskull."  I added that anyone who'd call a person a n***er would surely also call a gay man a f***ot.  The most frustrating thing was having to explain this to a man who gets press credentials.  He wrote back that he meant what he wrote to be ironic.  I wasn't the only reader who felt it came off more clueless than ironic.  Weeks later, Grey's Anatomy actor Isaiah Washington got in trouble for reportedly calling an openly gay fellow cast member a f***ot.  Ken blogged a demand that ABC fire Washington.  He was not being ironic.  He wrote him, "Now do you get it?"  When it comes to race, I've been around a few upscale gay white liberal men who don't really seem to get how bad racism is unless they see it onstage surrounded by showtunes.  Like in Hairspray or South Pacific.  They get it when Lt. Cable sings "Carefully Taught" but they don't get why the N-word is no joking matter.  And why Trayvon Martin's death is an American tragedy.

On Twitter, gay celebs like Sandra Bernhard praised actress Ellen Barkin for her bravery bringing attention to how she was "jostled" by NYC cops during an Occupy Wall Street protest.  JOSTLED.  Abner Louima must've read those tweets of praise and said, "Seriously?"  Nothing against Sandy B. but I think you get my point.  I have been called the N-word.  I have been well-dressed, unarmed and carrying several forms of ID in broad daylight and stopped by three cop cars in Seattle.  I was walking back to my room at The Four Seasons Hotel after breakfast.  Why was I stopped and searched by armed cops?  Because a "black man with a newspaper" had robbed a bank ten minutes earlier.  I had an itemized receipt and had chatted with folks in the coffee shop during my breakfast when this robbery had occurred.  It didn't matter. I was a black man carrying a newspaper.  Three cop cars urgently pulled up to me on the street.  I had my passport with me and my employee ID from WNYW/Fox 5 TV where I worked on-air for a news program.  I had my return airline ticket.  Plus, I was staying in the Four Seasons Hotel.  I was still searched. This story made the New York Daily News.  I was in my hotel room later on the phone with a Daily News reporter friend when two other Seattle cops came to my room to check my carry-on luggage for stolen loot.  I didn't hang up the hotel phone.  I put the receiver down to let him hear.  My reporter friend wrote up the story.  That was nothing nearly as horrible as what happened to young Martin but that is what it's like to be a black man in America.  I want a different, better America for two great loves of my life -- my two young nephews.

If upscale gay white liberals do not really understand how offensive the N-word is, if they don't grasp how racism in the Land of the Free shreds the fabric of one's soul, they should seriously talk about that subject with their black and other minority friends.  Maybe they should start looking at the parties and other social functions they regularly have and attend.  Look at their circle of friends.  How many black folks are usually in the mix?  If those gay celebs, reporters and bloggers who shout down the intolerance of marriage equality think that Martin's murder has nothing to do with them, they should think again.  They should think about the gay white couples adopting children of color.  Look at their young faces and see the face of the late Trayvon Martin as they grow up.  And if you're going to ignore racism, then don't tell gay youth that "It Gets Better."  Because not all gay youth is white and upscale.  Diversity covers a lot more than the colors seen in the rainbow flag.  It covers more than the rainbow flag itself.  If I was still living in New York City, I would've marched in Wednesday night's Union Square rally for Trayvon Martin.  May he rest in heavenly peace. 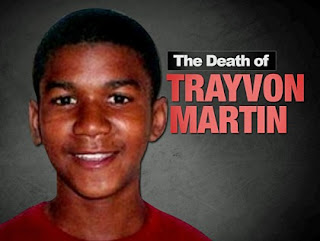