Monday night, I giggled a lot watching The Maya Rudolph Show on NBC. 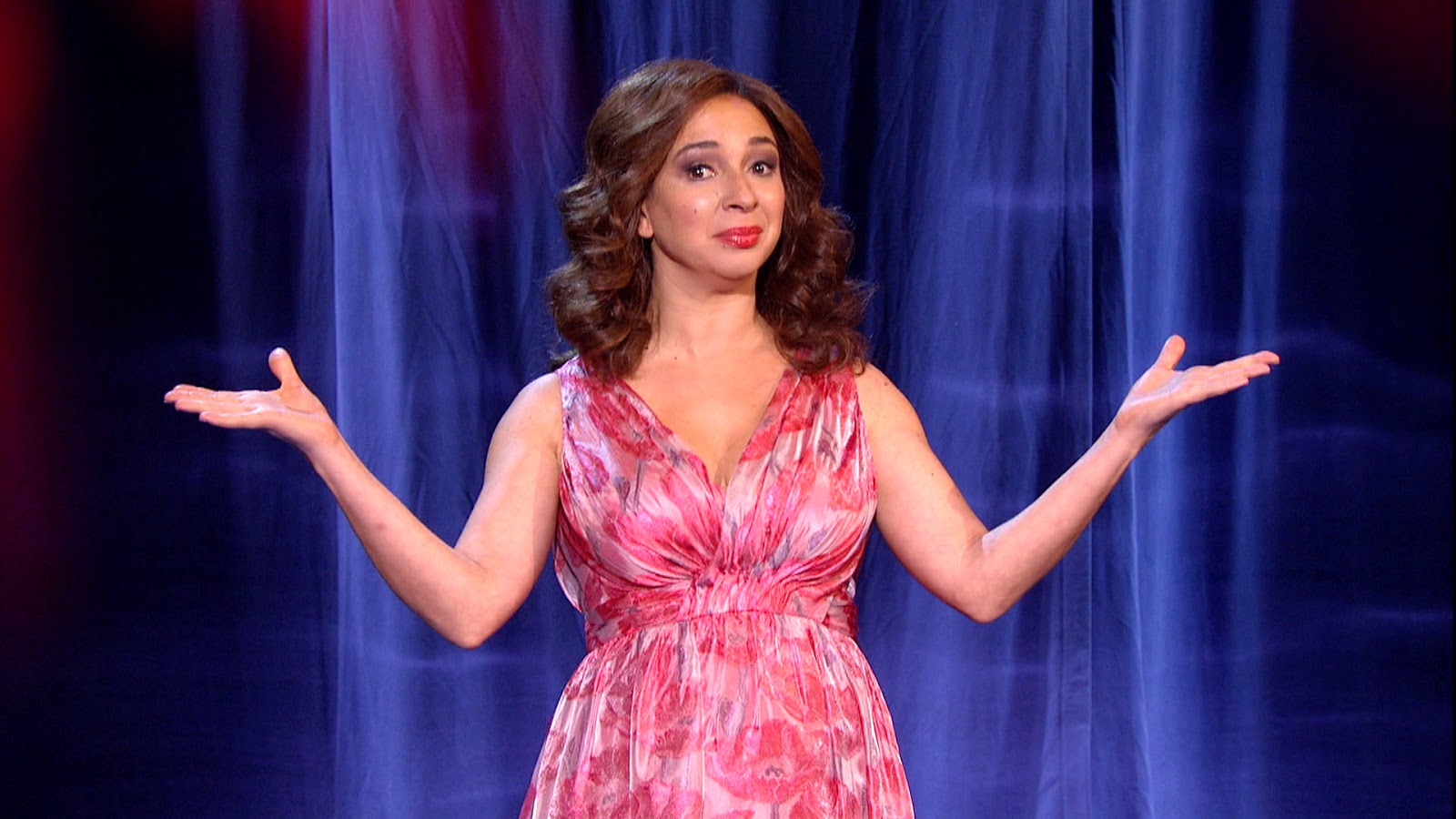 I'd planned to write a few comments here about her show.  Tuesday morning, TV historian and NPR Fresh Air contributor, David Bianculli, closed out the show with a review that hit a bullseye.  I've been a reader (now listener ) of his work for several years.  I totally dig his opinions.  They're wise and interesting.  Although, as you know if you're a regular reader here, I still cannot figure out for the life of me how he and Terry Gross did a week devoted to late night entertainment TV talk show hosts last August -- going from the early days of Jerry Lester & Dagmar and Jack Paar to mentions of flops like Chevy Chase and Pat Sajak to the current nights of Jimmy Fallon and Seth Myers -- and there was not one sentence about or soundbite from Arsenio Hall.  I just posted a piece here last week about that ("Arsenio Hall on NPR").

As a black person, I'm very sensitive about black history being overlooked.  Arsenio Hall definitely made history in the mostly white male late night TV talk show host arena.  With that in mind, I'm going to bring up a point or two that David Bianculli didn't in his sharp review of Maya's show.

If we get more hours of The Maya Rudolph Show, that will be history too.  Ms. Rudolph was one of the very few black comic actresses to be a member of the Saturday Night Live cast. 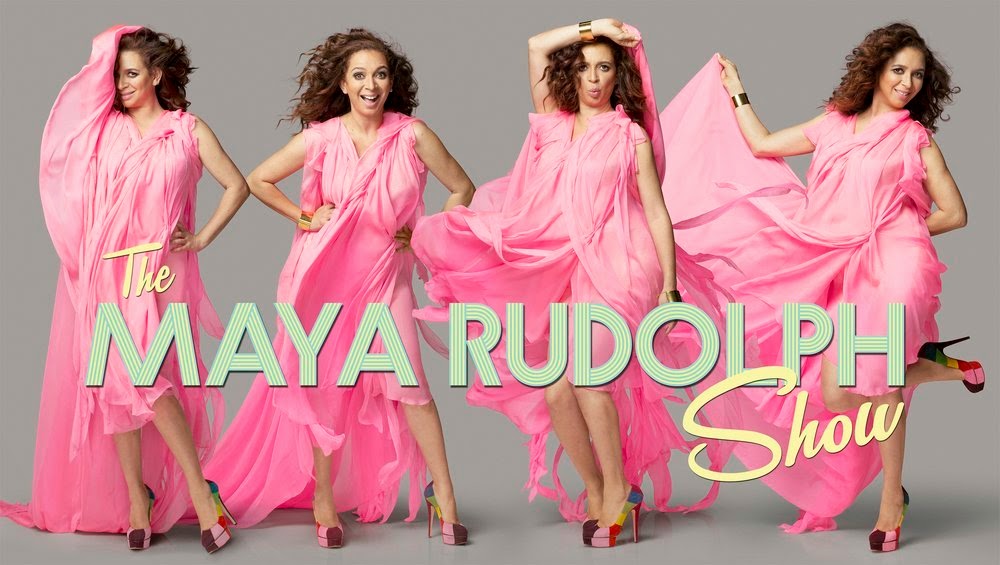 Here are a couple of names David Bianculli didn't mention in his review, a review that included some variety show history.    The first African-American to host a weekly network variety show was the superb and classy singer Nat "King" Cole.  Cole was a top recording star of the '50s & '60s.  He hosted a variety show on NBC that, sadly, lasted only one year because of racism.  People complained about seeing a black man on TV.  The network caved in.  Another racial breakthrough on TV came in February 1968 when Harry Belafonte was host of the Tonight show for the vacationing Johnny Carson.  Belafonte's A-list guests for the week included Dr. Martin Luther King, Jr., making his first and only appearance on a network late night entertainment talk show.  Has a black entertainer hosted a week on Tonight since then?  One of the most popular and entertaining variety shows of the early 1970s was Flip, hosted by comedian Flip Wilson.  This was a hit variety show on NBC hosted by an African-American.  It was a hit and a hoot. I loved it.  My parents loved it.  They loved seeing established show biz heavyweights like Bing Crosby break up doing sketches with Flip.  Jonathan Winters as Maude Fricket meeting Flip Wilson's alter ego, Geraldine Jones, was a classic.  Geraldine teamed up with Ray Charles. 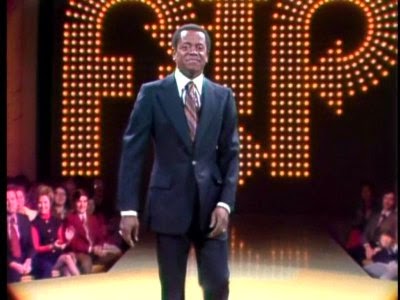 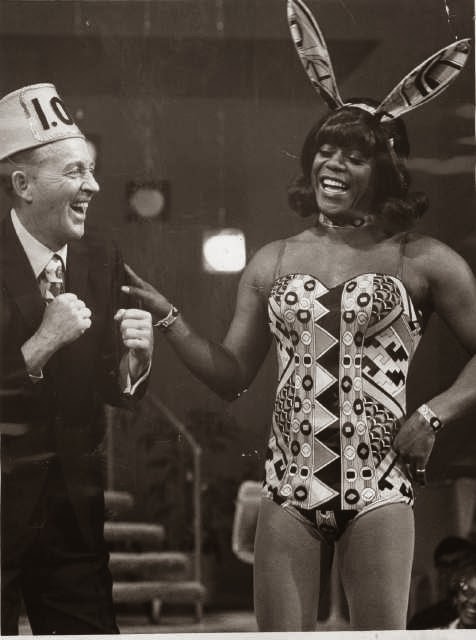 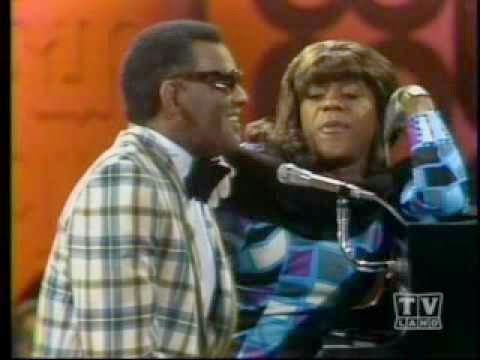 On the variety shows hosted by Sonny & Cher, then just Cher, Carol Burnett and Judy Garland on her CBS Sunday nights in 1963, musical performers were spotlighted and got to perform.  New stars were introduced, there were sketches, and the host performed comically and musically with the guests.  Think of Judy Garland presenting a song from Broadway newcomer Barbra Streisand.  Then the two did a showstopper arrangement of "Happy Days Are Here Again" -- a song Streisand recorded on one of her early albums -- and "Get Happy," one of Garland's signature hits from her MGM movie years.  Cher did a fabulous comedy sketch/musical number with Bette Midler, Elton John and Flip Wilson in Bob Mackie outfits. 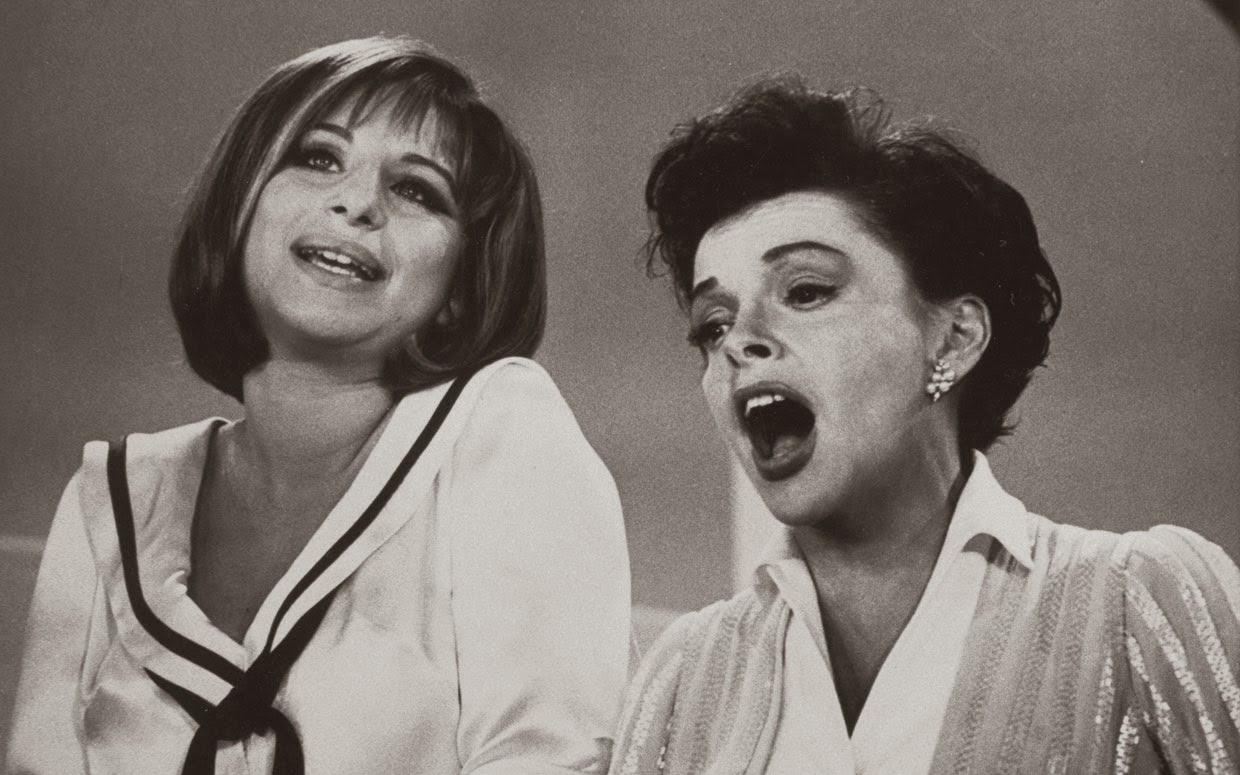 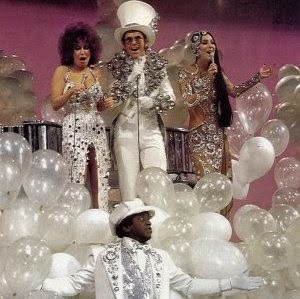 And Carol Burnett -- the Comedy Queen of Saturday Nights.  Like Bianculli said, Burnett was brilliant at bringing humanity into her show and her comedy.  She talked to the audience at the beginning of each show, she got autographs from her guests in a big book at the end. 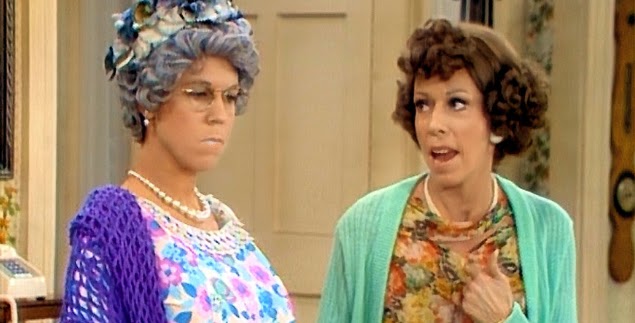 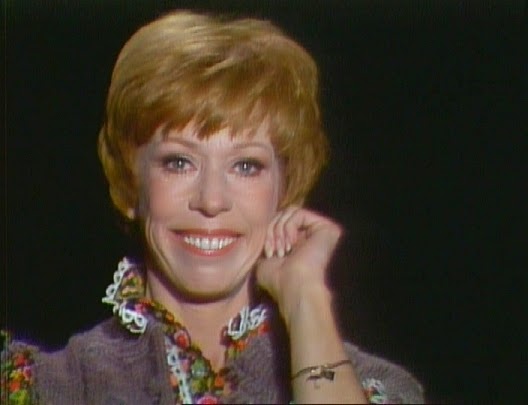 All the hosts I just mentioned displayed a warmth and a genuine delight in having their guests and the audience.  I agree with Bianculli.  That's what is needed in future Maya Rudolph shows.  The first one had a little "old school" vibe, which was delightful.  But it was a bit too SNL.  I think irony and snark have worn out their welcome.  We're ready for something genuine and warm -- like the number about newborn kids she did near the end with Chris Parnell.  What a lovely piece. 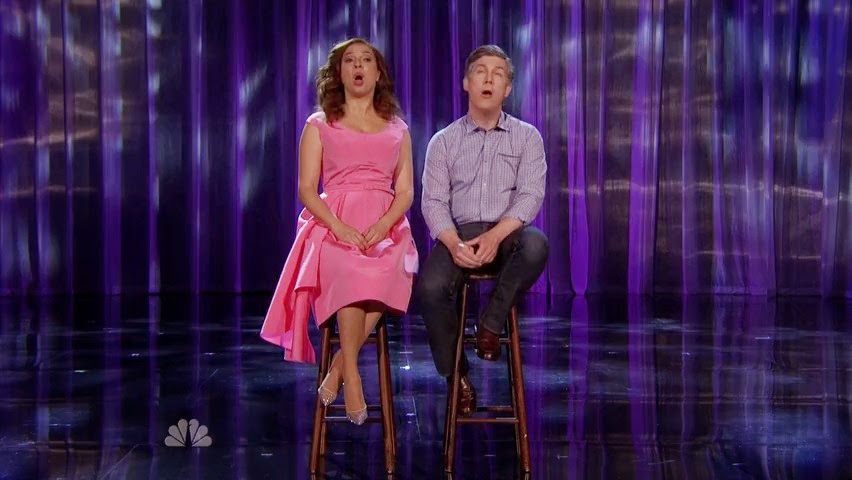 Craig Robinson is a big sugar bear of a comedian.  He doesn't have to say a word to make me laugh.  The movie trailers number with him singing about "these nuts," Kristen Bell singing about clams, Maya singing about "tossing a salad" and Sean Hayes calling out ice cream treats called "cameltoes" was cute but unnecessary right after the funny opening number.  Janelle Monae should've been given a second number -- or a number to do with Maya.  We got almost too much Sean Hayes. I loved the comedy sketch with Adam Samberg as the guy meeting his girlfriend's parents -- and the parents are people who do GPS voices for cars.  Maya broke me up in that one because she nailed the sound and rhythm of the actual GPS voice.  The show has room for growth and she can really make it her own.  I hope NBC lets it grow.  Find its voice.  And find its heart.  She's already got the comedy goods.  Her show needs individuality and warmth so it doesn't seem like a low-calorie version of Saturday Night Live. 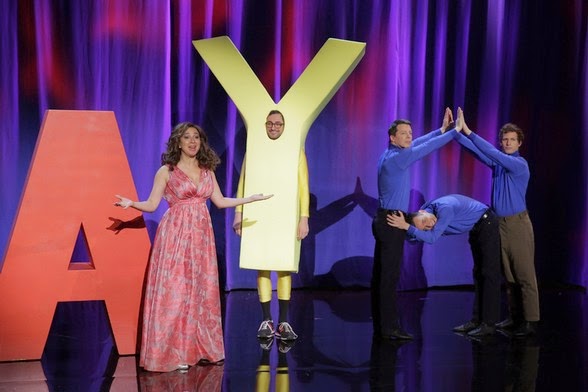 My mother is well over 80.  She watches network news, The Voice, Letterman when she can stay awake, she has a crush on news anchor Lester Holt and she loves the early Saturday night repeats of Saturday Night Live.  What David Bianculli said in his review is the same thing my mother and I have said on the phone:  Justin Timberlake should host a variety show.  I wrote last year that Timberlake should host a primetime weekend show, like Cher did on CBS Sunday nights.  In fact, use Cher's show as a template.  He's terrific at sketch comedy and a sensational music performer.

Come to think of it, Justin Timberlake would be a great guest on The Maya Rudolph Show.  Timberlake and Melissa McCarthy from Bridesmaids in the same show.  With better comedy sketches.  And musical numbers.  Give Sean Hayes the night off.  That would work.  I wish Maya Rudolph the absolute best.  For a black entertainer on network TV, especially a black female entertainer, she made history Monday night.  I'm so proud of her. 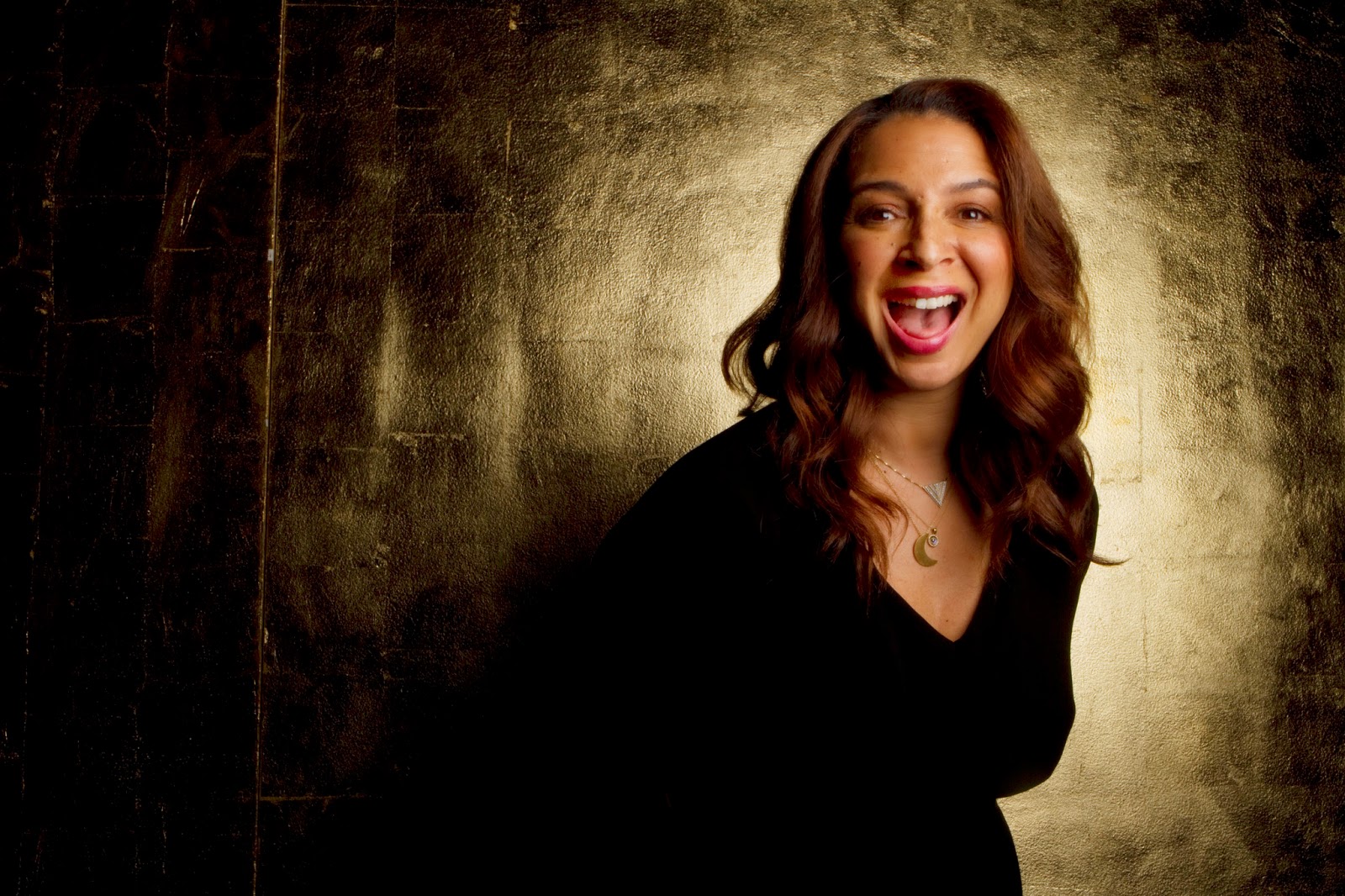 To read/hear David Bianculli's review, go into Programs at the top of the page then click onto Fresh Air after you go here: npr.org.